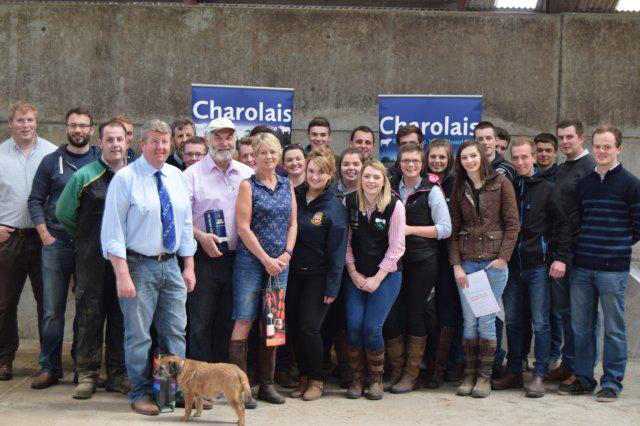 This year’s Central and South Scotland Charolais Youth Qualifier was held on Sunday 22 May at Mid Cambushinnie Farm, Dunblane by kind permission of the Lyle Family.

The Lyle family established their Charolais Loganbar herd in 1988. Murray is a past Society Chairman and has also been awarded the esteemed Presidency of Charolais International. The Loganbar herd were host farmers at the 2012 World congress and have over 100 registered Charolais cattle. Murray and Fiona sell most of their bulls from the farm gate, their most successful AI sire Loganbar Herdsman has gone on to produce over 240 progeny and their highest priced bull Loganbar Goran was knocked down at 11,500gns at the Spring 2013 Stirling bull sales. They can count the Supreme Championships at both the Scottish National Show and Royal Show amongst their many show successes. 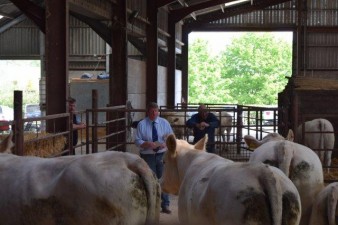 The judge for the day was Andrew Hornall (Falleninch) who capably placed 4 classes of Charolais cattle and took reasons on the young bull class.

There was a good turnout on the day with many new young competitors. The day started with the judging and then the reasons. As the reasons took place Local Vet Ian Rodgers from Forth Valley Vets, Stirling, gave a presentation exploring lameness in cattle. 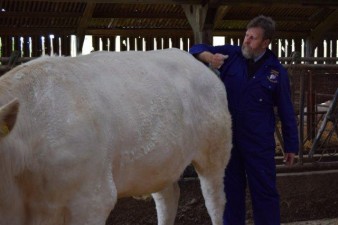 This was followed by a demonstration on cattle dressing and showmanship by Iain Millar (Lochend). As the talks were ongoing there was a BBQ with the meat kindly donated from Falleninch Farm Butchers.

3 teams go forward to the Charolais Youth National Final at the Livestock Event, Birmingham on the 6th July. James Hamilton won the intermediate section and the runner up was John Graham. In the senior section Euan Orr came top closely followed by John Graham and coming in third and fourth were Andrew Morton and Andrew Miller. Unfortunately Andrew cannot make it to the NEC so next placed Kirsty Morton will come in his stead.

Thanks must go to the Lyle family, Falleninch Farm Butchers, Forth Valley Vets, Andrew Hornall and Iain Millar. Thank you to everyone who came along and made the day a success and to everyone who helped out behind the scenes! We hope to see you all again next year and Good luck to everyone in Birmingham in July! 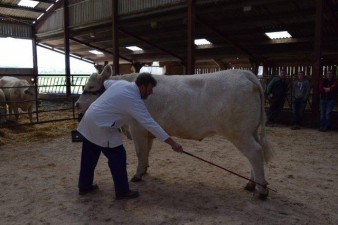 How to present your heifer 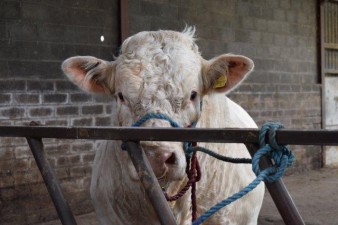