Morwr Sails to the Top at the Great Yorkshire Show

At long last, it was finally time for the much-anticipated Great Yorkshire Show to return over the course of Tuesday 13 to Friday 16 July 2021. With COVID-19 restrictions still in place, the event had to resort to limited capacity, however this did not affect the quality of animals on display. Charolais animals had a tremendous showing in the pedigree beef classes across the Thursday and Friday, including some returning favourites from the Scottish Showcase in June. 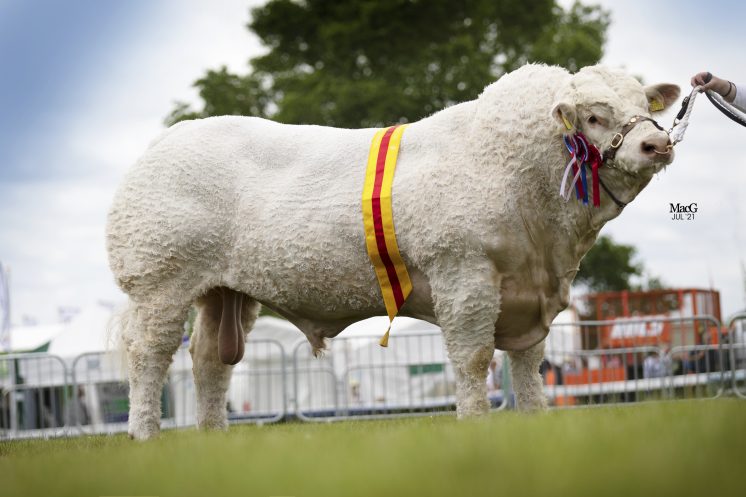 MAERDY MORWR once again stole the show after his success in the Scottish Showcase, this time claiming the titles of British Charolais Breed Supreme Champion, Supreme Champion Interbreed Beef Animal, and forming one half of the Blythewood Continental Beef Pairs Championship. This Maerdy Dynamite-sired bull was once again exhibited by AJR Farms of Ellon, Aberdeenshire, who had purchased him from breeder D E Evans in 2018. 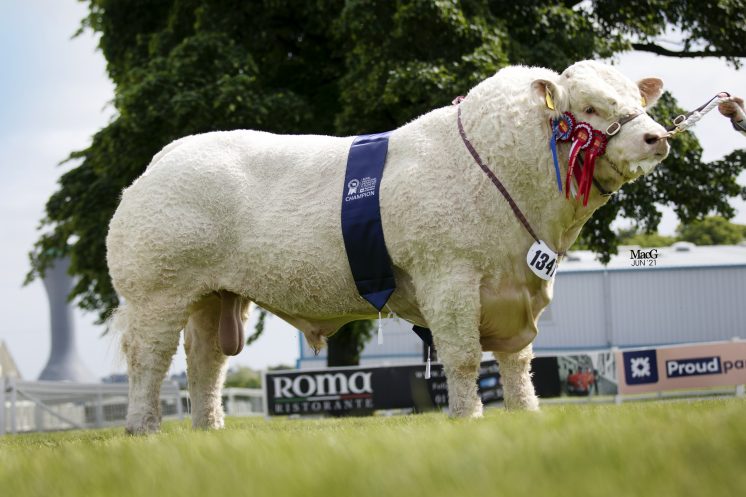 The day’s Overall Charolais Champion was none other than 5-year-old MAERDY MORWR, who also went on to win the title of Overall Continental Beef Interbreed Champion. This phenomenal bull was exhibited by AJR Farms of Ellon, Aberdeenshire, who had purchased the bull from breeder Mr D E Evans in 2018. Morwr was sired by the popular Maerdy Dynamite, and his dam is Maerdy Fee, a daughter of the French-born Victorieux.