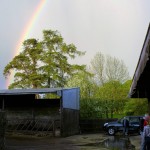 The day’s rain abated and a rainbow marked the beginning of a lovely clear evening at the Northern Ireland stockjudging qualifier and open evening kindly hosted by Will and Eleanor Short at Woodpark Farm, Omagh, Co Tyrone and sponsored by MSD Bovipast RSP. Visitors arrived from all over Northern Ireland and there were over 30 young people competing for a place at the Charolais Youth National Final at the Livestock Event, NEC on the 6th July. 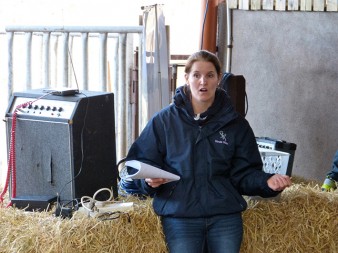 While the Charolais Youth competitors got down to the business of judging, Wendy Korte from Strule Veterinary Services kicked off the evening for the other visitors with a talk on fertility and calf health, which she repeated for the youngsters after they had finished judging and a halter making workshop.

Will and Eleanor laid on a lovely Barbeque and then the eagerly awaited competition results were announced. Ten competitors will head over the water to the final. The senior section was won by Adam Johnston with 126 points and in joint second place with scores of 114 were James Causey and Kevin Reavey, also going through with 111 points was Eimear Mc Govern. The Intermediate team will be made up of winners Bartley Finnegan and Gary McCammond who both scored 132, Matthew Mitchell with 129 marks and on 126 points Sarah Johnston. Two juniors will go forward, Erin Quigley won the section with 123 points and Jill Balfour scored 117 marks. The open section was headed by Murray Loughan who had the top score of the day with 141 points. Will had also organised a guess the weight of the cow competition which was won by Mrs Balfour.

Mr Short first established his herd in 1973 and today has just over 130 Charolais cattle calving throughout the year. The Short’s have just returned from their first foray into showing at the Balmoral show where their heifer Woodpark Jessiej was placed a very respectable second in her class. Will has had many bulls go on to make stock bulls, selling from the farm gate and through Society sales. His top priced bulls include Woodpark Flashman who sold for 16,000gns at Stirling in February 2012, Woodpark Bishop at 13,000gns in 2008 and Woodpark Elgin sold for 11,000gns in 2011 and has gone on to produce more than 120 progeny for the Allanfauld and Barrance herds.

The British Charolais Cattle Society would like to thank the Short family for their excellent hospitability and organisation, Clodagh McGovern the Northern Ireland Charolais Youth coordinator for organising the competition, sponsors MSD Animal Health, Vet Wendy Korte and Ben Sinnamon and Alan Morrison for their master judging. 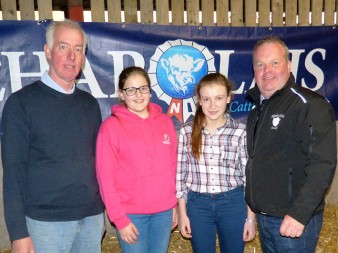 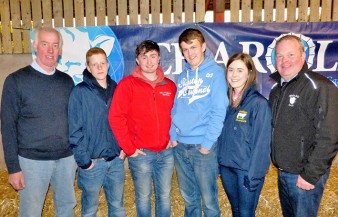 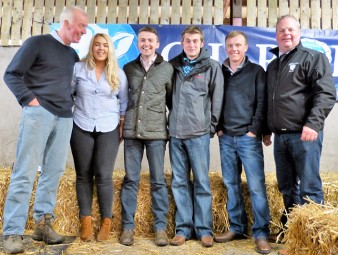 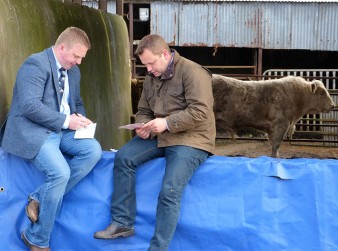 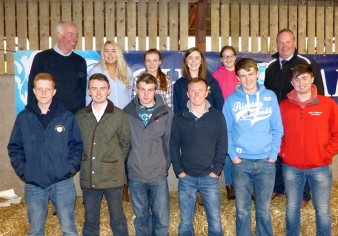 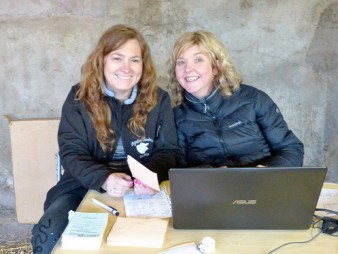