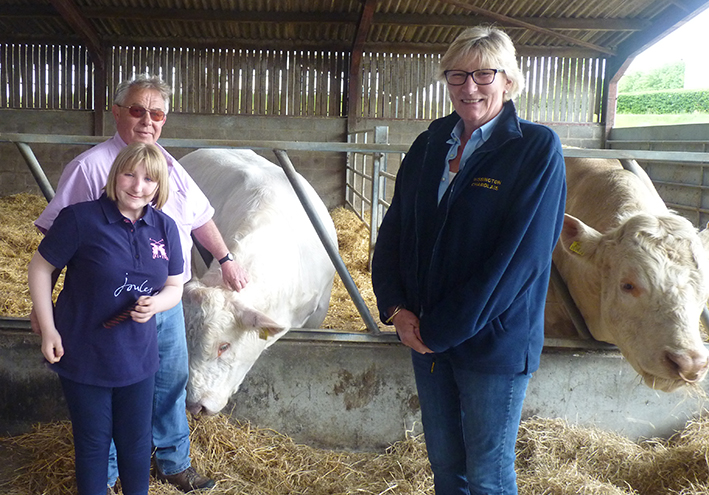 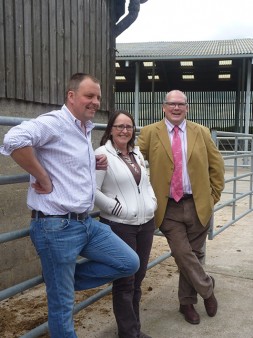 We were lucky to have lovely weather for the stockjudging qualifier at Wissington Grove Farm, where John, Jenny and Sacha Rix had kindly agreed to host this year’s regional qualifier. The day began at 11am with refreshments while stockman Darren Knox organised the cattle, some of which had been out at the Hadley show the day before where Wissington Jocasta had secured the supreme beef championship. There was a great turnout with visitors coming from as far away as Hampshire, Kent, Oxfordshire and Warwickshire.

The stockjudging got underway and Darren had organised two smartly turned out classes of heifers and a handsome bull class to be judged. Master judge Bob Temple, Saxtead, Suffolk made his choices and then the competitors were free to judge. Mr Temple must have done a good job as the scores were very high with the Senior Anglia winner Edward Robinson making the full 150 marks and his sister Alice took the runner up spot with 127 points. The senior champion for the South East was Angus Maclean who scored 132, his brother Donald won the area’s intermediate section with 137 points and their younger sister Jenny was runner up in the junior section, second to Milos Taylor who scored 135. Esme Harrison was the Anglia intermediate champion with 123 points but the juniors showed the older competitors how to do it with 12 year old Ellie Knox and 14 year old Annabelle Howell both being awarded an impressive 146 points. In total nine competitors made up from both areas will go forward to the Charolais Youth National stockjudging competition at the Livestock Event, NEC on the 6th July. 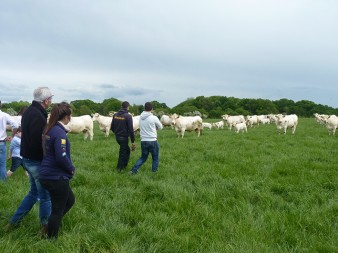 When the visitors had filled up on the BBQ and ice-cream and the presentations were concluded we headed out on the trailers for a tour of the cattle. The Wissington herd currently has nearly 170 registered Charolais cattle and they are spread out over the surrounding countryside. With spring and autumn calving seasons we had a chance to view both cows and heifers with young calves and in calf heifers and walk about with these very friendly and quiet cattle. New stock bull Maerdy Jogger who was purchased last month at Welshpool was out with the ladies and has already been hard at work.

The Society would like to thank the Rix family for their excellent hospitability, Darren and Donna Knox who organised the cattle and the day, Karen Maclean the South East coordinator for organising competitors to come up for the day and Bob Temple for being the master judge. 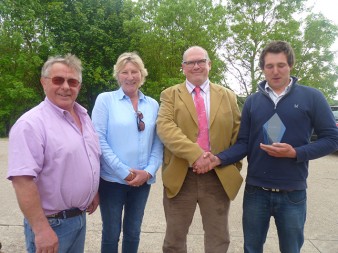 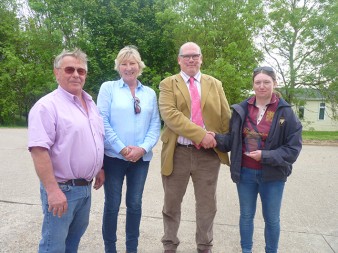 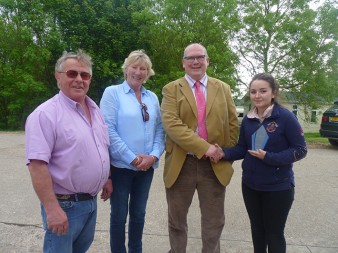 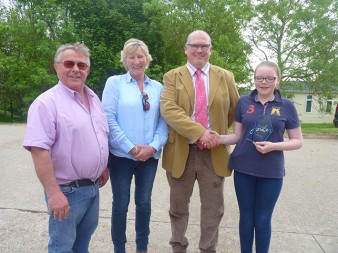 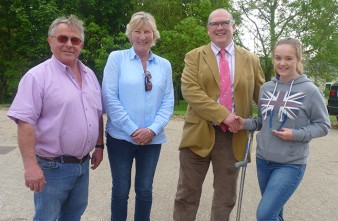 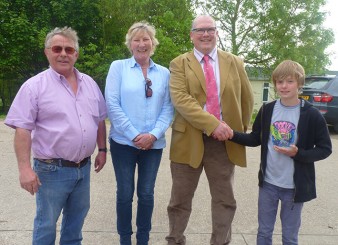 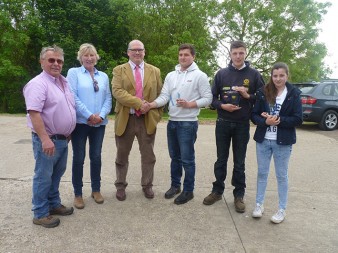 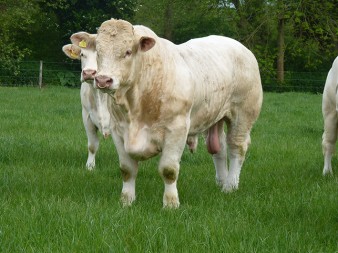 Maerdy Jogger in his working clothes 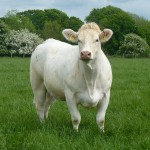 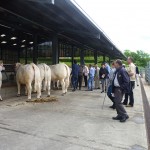 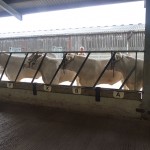 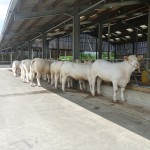 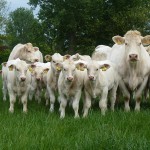