Peter Gets the Prestige of Topping the Market

The evening of Friday May 21 marked the end of the Spring sale season, culminating in a high-quality offering of bulls at Swatragh Livestock Market. A total of 14 bulls sold for an average price of £3540, resulting in a fantastic 93% clearance. 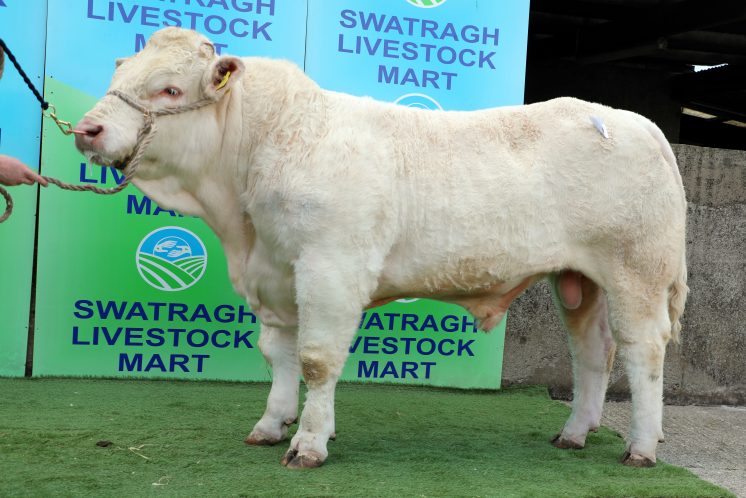 Topping the lots at 5,500gns was PRESTIGE PETER. This 17-month-old was sold by A Armstrong from Dromore, Co. Tyrone. Peter was sired by Cavelands Fenian, and born to Bostonia Lizzie, a daughter of the 16,000gns Balmyle Vagabond. This strapping young bull caught the eye of D McMullan, and he’ll be heading back to their herd in Maghera, Co. Londonderry. 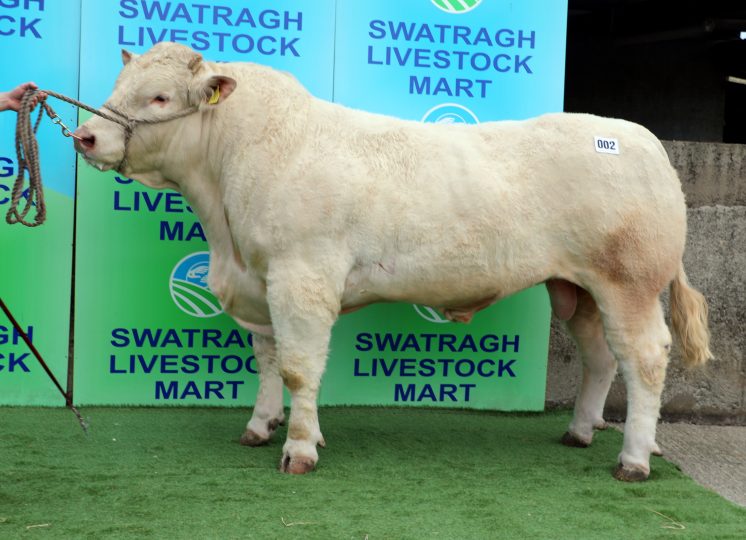 A trio of home-bred bulls, also from the herd of A Armstrong, secured the next three highest bids. First to sell, for 5,300gns, was 22-month-old TANHILL PORKER, a son of the popular easy-calver Whitecliffe James. Porker’s dam is Thrunton Marion, a daughter of the 22,000gns Newhouse Bigal. With such an impressive lineage, Porker is sure to make new owner S Taylor incredibly happy once he’s settled into their herd in Ligoneil, Belfast. 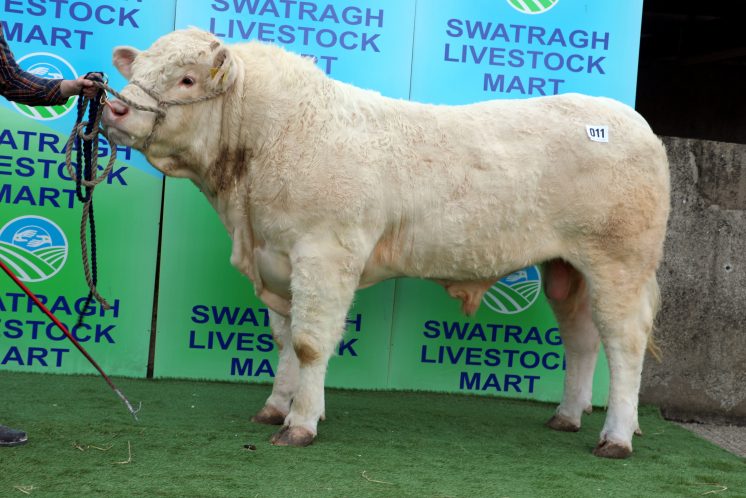 Next from A Armstrong’s herd were two half-brothers sired by Woodpark Elgin, who boasts excellent growth EBVs and secured a price of 11,000gns at Stirling in 2011. Reaching the next highest price of the evening, at 4,200gns, was TANHILL PACMAN. Pacman’s dam is Maerdy Joanofark, a daughter of Maerdy Dynamite. This charming 17-month-old will be making his way back to Larne, Co. Antrim with new owner K Topping.

The final Woodpark Elgin son from A Armstrong’s herd was TANHILL PEARLJAM, who achieved a price of 3,900gns. This 17-month-old was born to Maerdy Llewes, a daughter of the 20,000gns Maerdy Grenadier. Pearljam will be making the journey back to A Millar’s herd in Tobernaveen, Co. Antrim 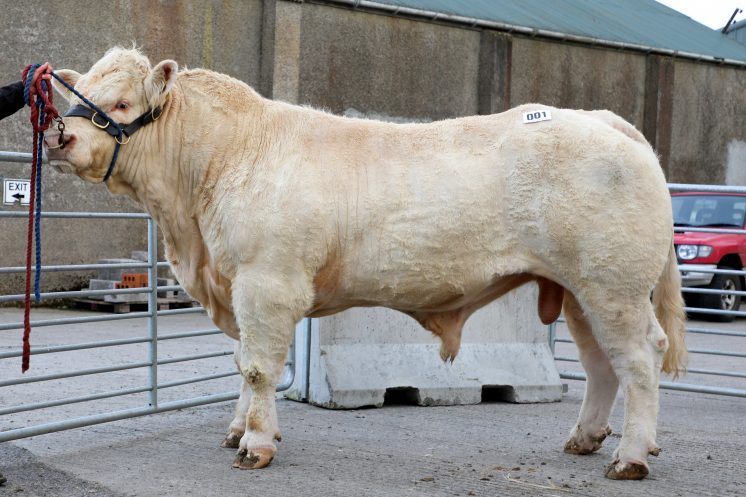 Securing the next highest price of 3,800gns was MOORLOUGH PEDRO, from the herd of J McBride in Strabane, Co. Tyrone. Pedro was sired by the tremendously easy-calving Balthayock Champion, and is out of Moorlough Lara, a daughter of the 18,000gns Thrunton Fairfax. With such noteworthy parentage, it’s easy to see why Pedro caught the attention of winning bidder H Nugent of Toomebridge, Co. Antrim. 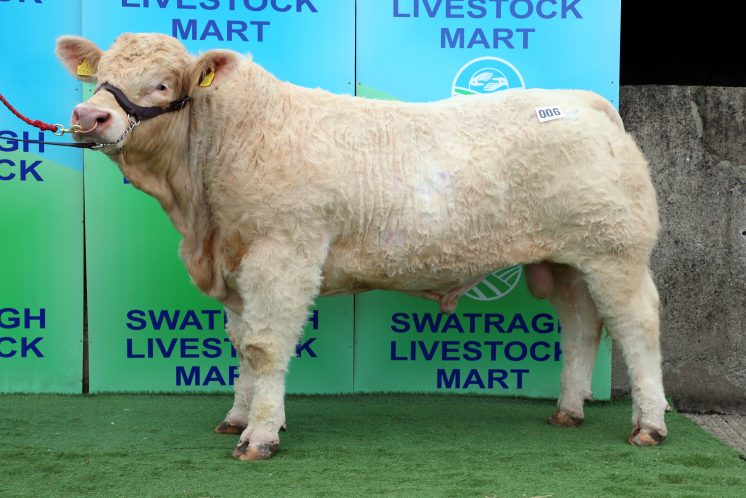 Next was 18-month-old BIRCHES POGBA who sold for the next highest price of 3,200gns. Pogba was bred my Mr & Mrs N Matchett of Portadown, Co. Armagh, and was sired by Laheens Master. His dam is Doon June, a daughter of the 16,000gns Anside Foreman. Winning the bid this time was W Gourley, who will be taking Pogba back to their herd in Cookstown, Co. Tyrone.

The final bull to surpass the 3,000gns threshold was WOODPARK REGAN, who sold for 3,100gns. At only 13 months old, Regan was one of the youngest bulls forward for sale over the course of the evening. Regan comes from the herd of W Short in Omagh, Co. Tyrone, and was sired by the easy-calving Liscally Nijinsky. His dam is Woodpark Malteser, a daughter of Deeside Gulliver. This attractive young bull caught the eye of PJ Quinn, and will soon be making his way back to their herd in Coagh, Co. Tyrone.