Processors’ failure to notify producers in advance of the changes to their new 400kg to 420kg upper weight limit has left finishers in a quandary, particularly those who have bought in heavy stores. However, they have huge scope to avoid the penalties and to compensate for the potential output loss arising from lighter steer carcasses by adopting new management and feed strategies and focussing on improving the heifer output, says Harbro’s David MacKenzie. 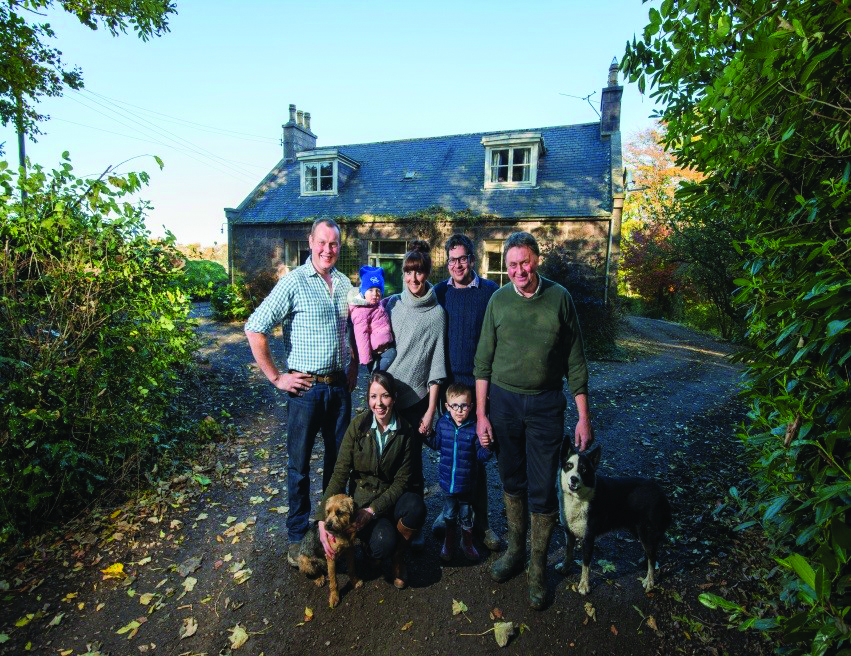 Continental sires, and in particular Charolais noted for its weight for age, have an important role to play in efficient beef production; they are able to finish to heavier weights in a shorter period of time and thereby demonstrate improved efficiency. Consequently, now is the time to be increasing output if farmers wish to maintain a profitable and sustainable system.

Data from 96,000 cattle slaughtered in 2014 highlights the crux of the current issue – that Continental sires are associated with improved output, both from steers and heifers. See table 1. Finishers’ immediate challenge is to manage these Continental cross progeny to fit market specifications.

To successfully meet the challenge, finishers should consider the following blueprint strategy focused on

1, Management: rethink your current strategy to achieve the new specification – plan from birth

2, Nutrition: split steers and heifers from the creep stage and feed specific gender formulated diets through to finishing. Work closely with your nutritionist.

3, Measure and monitor: weigh the total group of animals at regular intervals; benchmark both within and outwith the herd.

Continental cross heifers: one of the greatest inefficiencies within the UK beef industry is our sub-optimal output from heifers, and any move away from Continental sires threatens to exacerbate this trend. There are real opportunities here for producers to improve heifer output by using Charolais genetics.

Quality protein is key through the first year of life starting at 18% CP and keeping that CP level at an average 2% higher than the steers throughout the finisher period; do not introduce the same high energy and starch levels formulated for feeding to the steers. Your aim is to encourage heifer frame size without laying down excess fat. 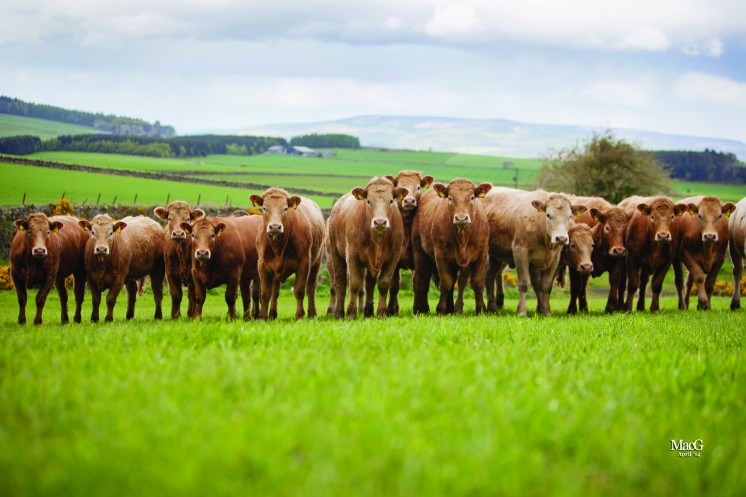 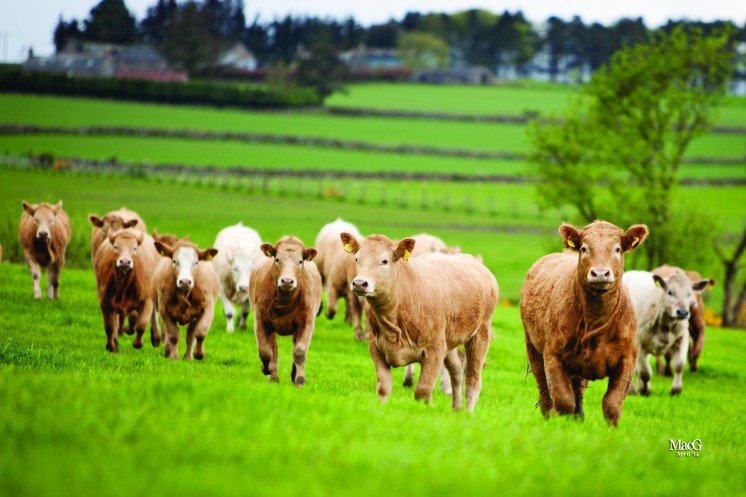 The Watson family of Darnford, Durris, Banchory have proved that introducing fast finishing Charolais cross steers and heifers in to a planned management and nutrition strategy is resulting in adequate finish and an average 380kg deadweight within 20 months. Their success contributed towards them last month being awarded the Scotch Beef Farm of the Year 2015.

Peter Watson farming with sons, David and Adam and daughters-in-law, Aynsley and Lynne

Majority of unit within SDA

“Achieving an average 380kg deadweight is not new for us,” says Peter Watson. “Our objective has always been to maximise the number of kilos produced per cow and to realise that weight gain as early as possible. The quicker these beasts finish, the quicker they’re off the farm.

“Darnford is an extensive unit providing for three families, the complementary arable and livestock enterprises are run as separate, efficient businesses and as far as the herd is concerned, then each suckler cow has to justify her existence. Everything has to work and make money. We produce high quality finished cattle sold deadweight whilst we trade the pick of the crop through the Thainstone store ring and they invariably end up within the day’s top 10% of prices.

“We have in the herd the genetics to achieve that fast weight gain, and Charolais is the breed to do the job, however from our experience, we are aware that it’s the nutrition and management that really makes the difference. In fact, fast weight gain is essential whatever the system and it can be adjusted to suit the new grid.”

Charolais has been the preferred terminal sire for 25 years. Bulls are selected initially on visual appraisal for feet and mobility, and then from the breed’s top 10% and in particular for weight EBVs.

A Continental cross herd has recently been replaced by Salers. Heifer replacements are selected for size, feet, temperament and maternal qualities.

A 12 week calving period is maintained in the spring calving herd, and over nine weeks in autumn, to help simplify management.

Steers and heifers are separated at eight month weaning enabling a tailored nutrition programme which takes in to account their very different requirements.

All animals are allowed to grow to achieve adequate frame size before being intensively finished. 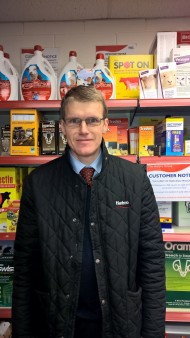 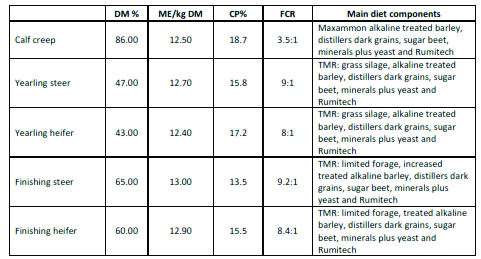 All cattle are weighed and benchmarked – at birth, at eight month weaning and thereafter at six weekly intervals until reaching target finishing weight. “If you don’t measure, you can’t monitor and if necessary, fix an issue,” says Peter.

“We have a new handling system within the main accommodation and an accompanying hand held EID reader enabling us to weigh an average 80 beasts per hour. It’s a job that’s frequently linked to something else, for example vaccination.

“We rate weighing a great management tool and time well spent. Whilst good stockmen have a fair idea of how the beasts are performing, sometimes you get a surprise. For example last autumn we found a batch were failing to meet our target 1.6kg/day liveweight so we wormed them and tweaked the diet. We reckon we caught the issue two months earlier than we would have visually done.”

The closed herd is a member of the SRUC Premium Cattle Health Scheme and its own herd health plan is reviewed annually with the farm vet.

Peter Watson adds: “We believe we have a successful blueprint – we have a finely tuned system in which Charolais is demonstrating its ability to produce excellent carcass weights within specification in both steers and heifers, however there’s always room for further progress. We are considering introducing creep from day one in order to optimise FCE, whilst we can certainly improve our grassland management.” 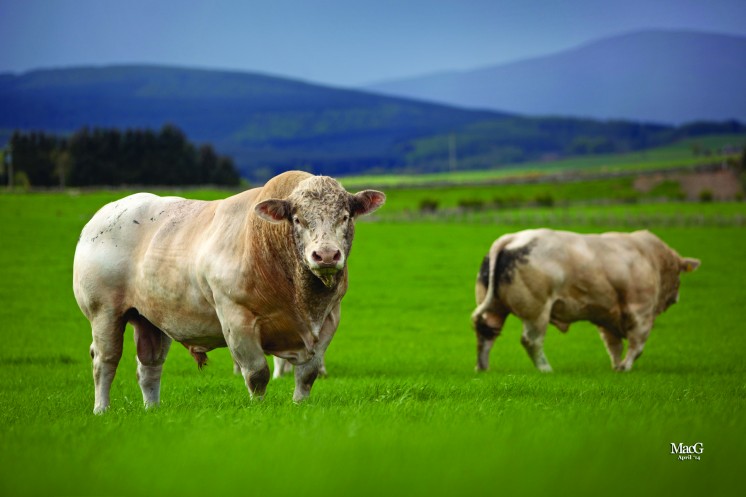 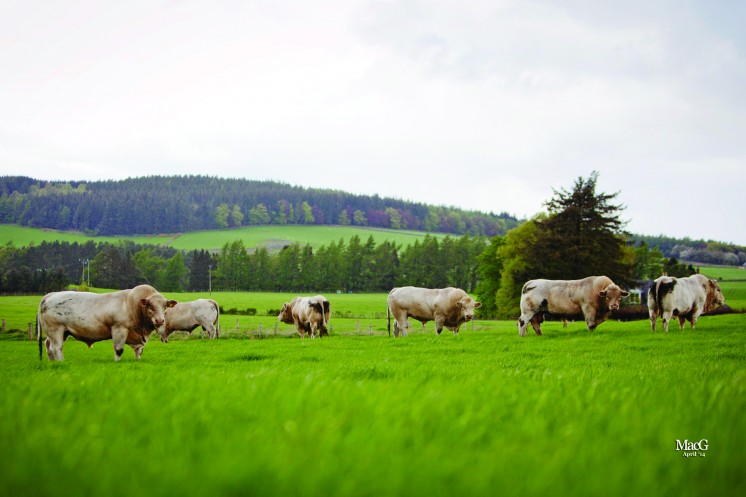