Charolais’ ease of calving and superior growth rates are enabling Edward Hull’s 750 cow suckler beef enterprise to minimise both fixed and variable inputs, whilst maximising kilogram output per acre. Indeed, he has found the Charolais performance so dependable that his five year plan features expanding the herd to 1,000 cows, and all put to poll Charolais. 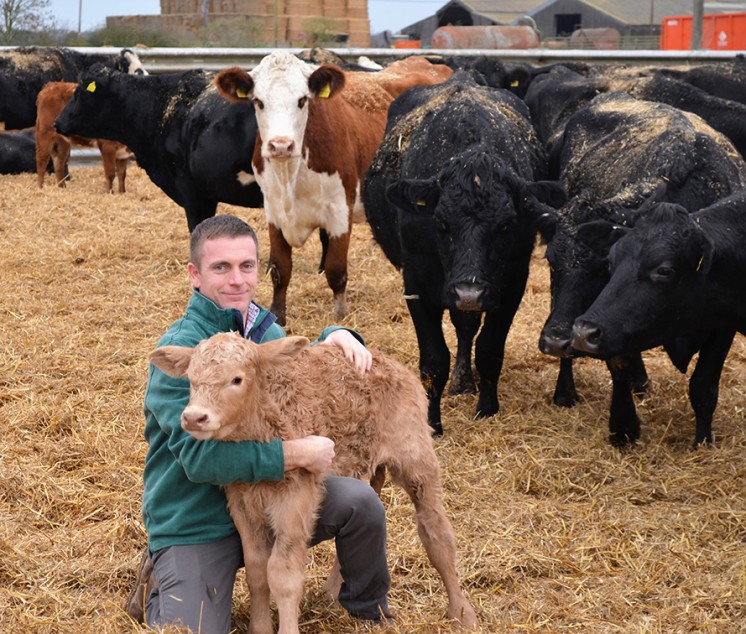 Edward and his wife Ann, who farm in partnership with his parents in rural Essex, are third generation farmers and have expanded the farm to 6,000 acres and using poll Charolais for eight years after buying one with a batch of cows and being impressed by his progeny. He said: “Performance is measured by realising maximum output per acre from minimal inputs, which is essential on such an extensive system. The market pay cheque from repeat buyers at Rugby and Thame markets, who know our Charolais cross calves respond to low input practices and perform very well on all systems, is one of the most important indicators of our profitability.”

The herd is averaging 95% calves reared from birth with the 2015 crop of six to eight month old Charolais cross steers delivering an average of £800 – consistently within the top 5% of the day’s trade, whilst the majority of heifers have been kept to finish next year. “We are fortunate that on such an extensive system we have the grassland to be able to keep stock until the price is right, and that includes finishing some of the heifers. In 2015 heifers were slaughtered at 14 to 19 months weighing 300kg to 360kg, with 92% grading R and U and returning £1,000 to £1,200 per head.

“Every part of the enterprise has to pay its own way; we don’t rely on the arable side to support the beef, or the sheep, or vice versa, and each part of the business is regularly checked for cost of production vs profitability. That’s why Charolais genetics of exceptional growth for age and ease of calving are so important to us. The latest crop of calves saw the steers DLWG to weaning 1.48kg and 1.35kg to slaughter on the heifers.” All arable crops are sold and do not subsidise the beef or sheep enterprises, whilst 1,000 acres of straw is evenly split between export to Holland and used in the cattle enterprise.

“We can’t afford to have poor performance, at birth the poll Charolais always deliver sensibly sized calves that more often than not we find up and suckling with no intervention at birth; it’s one aspect that enables us to keep labour inputs low at three full time men at calving. All cows are freeze marked so that we can quickly identify cows for easy management, enabling us to keep up to date computer records, particularly at calving. Any underperforming cows are easily identified and finished and slaughtered locally.

“The entire herd of cows and heifers, predominantly Hereford cross, is calved at the main farm and turned away to grazing as soon as possible, normally stocking at one cow/ha. Furthermore, we’re in a very dry part of the country with 19 inches of rain a year, with the easy calving traits of the Charolais we are able to take advantage of this with up to 75% of cows calving out at grass, which is great for minimising inputs as well as being healthier for the cattle.

“Very little of the grassland receives fertilizer as we like to keep inputs to a minimum but this also has the added benefit of the increased growth of naturally occurring legumes which in turn benefit the cattle and sheep performance.”

Hull Farms relies upon the careful selection of poll Charolais bulls for its profitability. Edward explained: “When it comes to replacing one of our 26 bulls we look to EBVs as an essential guide to future performance, selecting bulls within the top 10% for 200 and 400 day weights, as well as all important calving ease. However, I still have to like the look of a bull.” He continued: “As well as the Hereford cross cows which we find to be very docile, we also favour Charolais bulls for their temperament. With our numbers we can’t afford for any animal to so much as look at me the wrong way.” Each bull is fertility tested every spring.

Dam condition and health is recognised as an equally important part of the low input, maximum output system. “We target condition score 3 to 3.5 at bulling and 2.5 by calving.” Spring 2016 will see 75% of the spring calving block due to calve within the first four weeks of the 10 week period. Edward continued: “We split the herd into sub-groups of 60 or 90 cows with calves at foot, with one bull per 30 cows to maximise fertility.” A further 100 cows calve in an eight week autumn calving period.

Heifers are bulled at 18 to 24 months and then wintered outside on hay and straw, as we have so many cows on the farm we currently have a policy of culling cows over 10 years old. Cows are housed in open roofed corrals, bedded on woodchip and chopped straw, and fed 15kg/day/head of chopped straw, citrus pulp, molasses and meal. Approximately 200 replacement Hereford cross heifers are sourced each year and reared as bucket calves. “We pay particular attention to health and vaccinate them against pneumonia and keeping them in small batches so we can isolate and treat any health issues effectively.”

Weaned Charolais cross suckled calves are marketed through markets in the midlands, and transported weekly in batches of 75 throughout September and October in the farm’s own lorry. “It makes sense for us to take our cattle to the Midlands, where the buyers are, and transporting them ourselves means we can manage travel costs and also reduce stress.”

To further reduce stress and maximise growth at weaning Edward also feeds 2kg/day of a blended mix creep feed, 13ME kg/DM and 17% crude protein, in the last six weeks before sale.

Confidence in Charolais genetics and the future of the beef sector are integral to the enterprise’s growth, Edward explains: “We would love to have a farm business that our sons and daughter could be involved in 15 years’ time, if they wanted to, and we are not scared of change or challenges, embracing new ideas and technology including EID in the near future.

“In the meantime, our grazing land enables us to farm competitively and keep costs low, and as conservation grazing becomes increasingly available we can step up our acreage and further expand cow numbers by up to 33%, solely put to Charolais sires. This will mean we can offer a higher volume of uniform calves and achieve greater economies of scale without excessive labour or feed requirements due to the Charolais sires’ ease of calving and fast growing traits.” 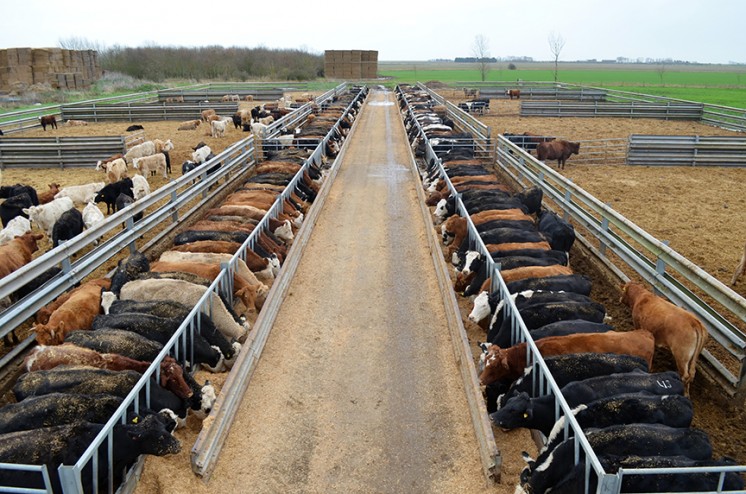 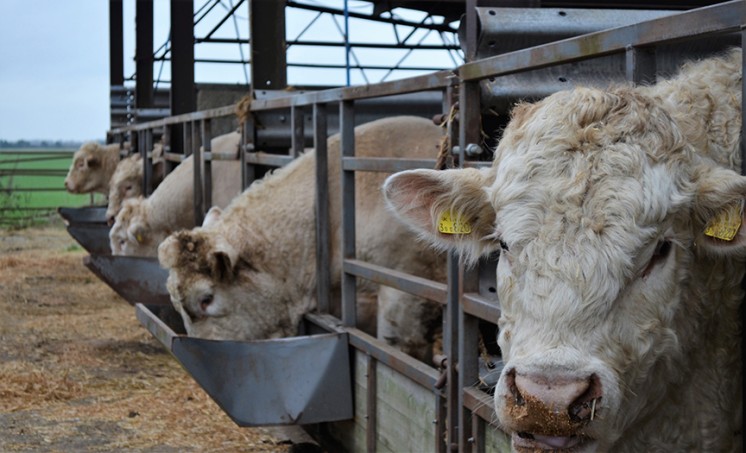 Some of the bull team