There was a brisk trade for Charolais bulls at Dungannon on the 6 November when 22 bulls sold to an average of £2928 and a top price of 5,200gns. 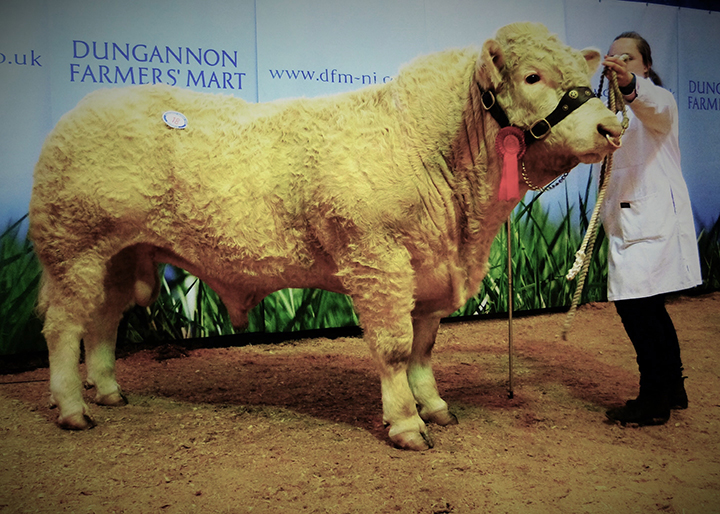 Mr McCracken’s other purchase at 4,300gns was another Goldbar son, the 15 month old reserve male champion Mullanary Jethro, out of a homebred dam going back to Celtic Bigboy and exhibited by Richard and Paula Hill, Dungannon, Co Tyrone. 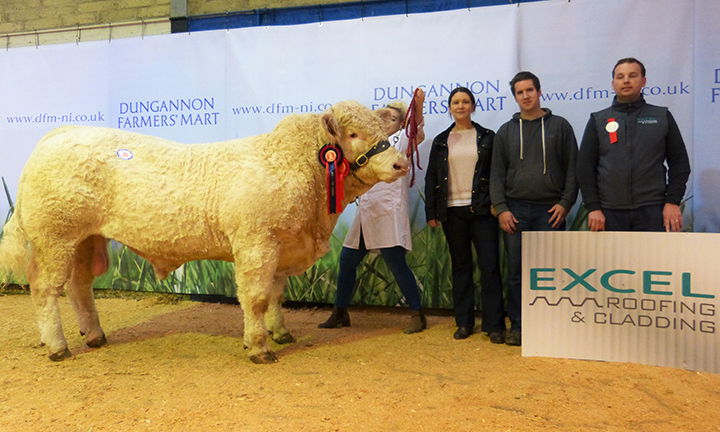 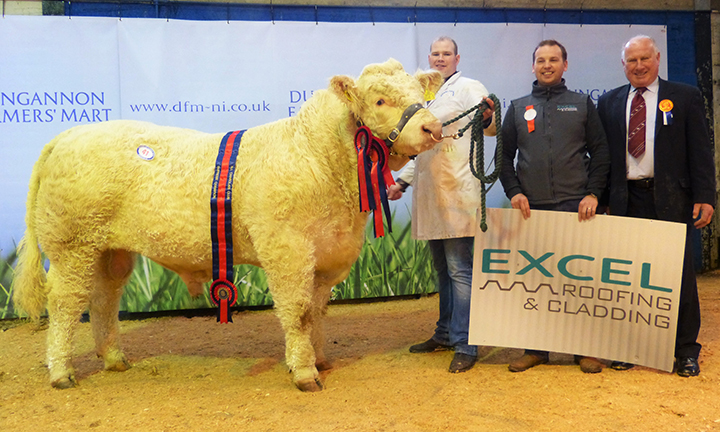 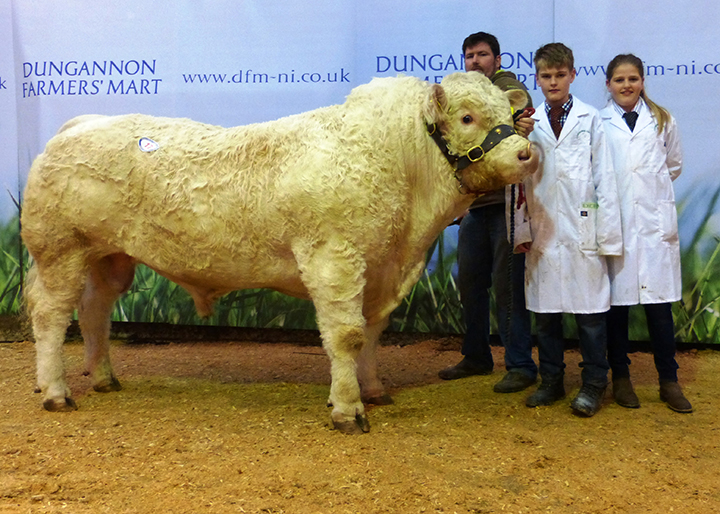 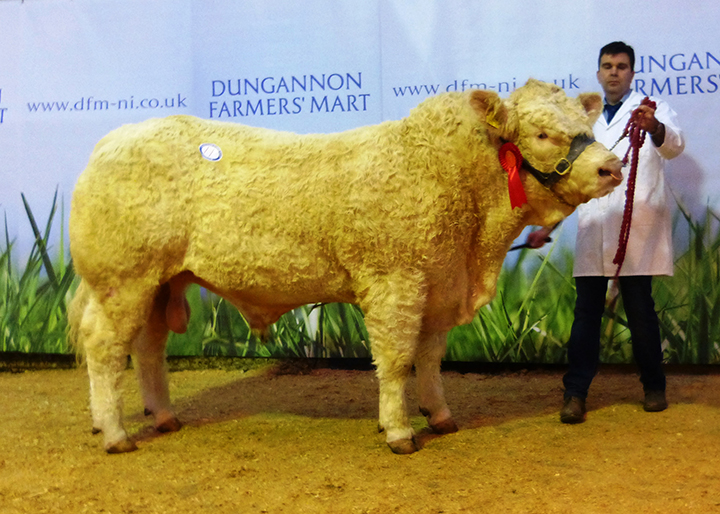 Leading the bids for the females at 3,200gns was the female and reserve supreme champion from LA Richardson and son, Maguiresbridge, Co Fermanagh. Hillviewfarm Jolene, a 19 month old daughter of the 19,000gns Corrie Alan caught the eye of John McGrath, Omagh, Co Tyrone 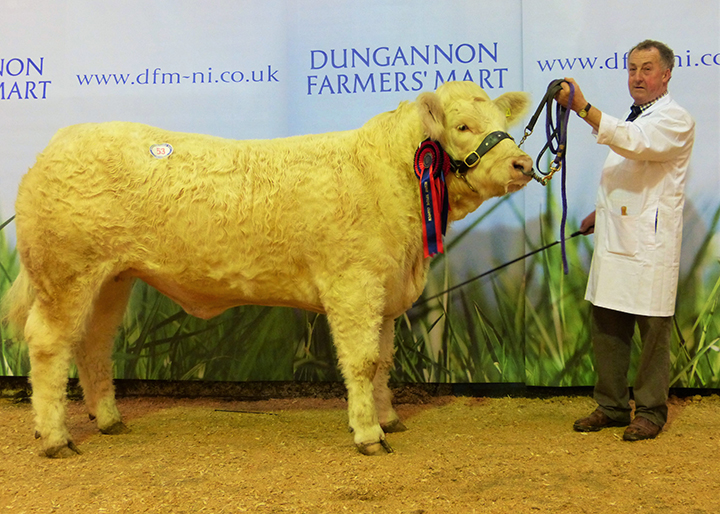 Just behind on 3,100gns and purchased Mr Caraher, Crossmaglen, Co Armagh was Solitude Imogen TI +48 SRI +42. This class winner is sired by the home-bred 32,000gns supreme Perth champion Solitude Attaboy and was exhibited by John McMordie, Newtownards, Co Down. 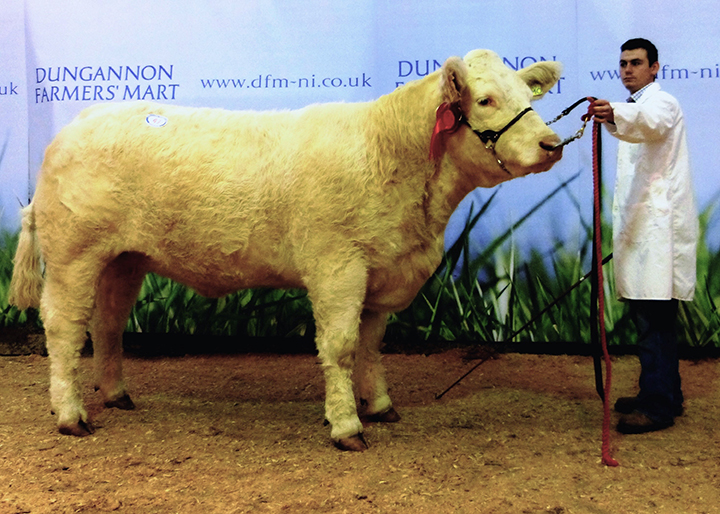