Achieving an average £200 a head premium for Charolais cross stores over all others in the marketplace combined with underlying confidence in demand for quality Scotch beef is enabling the Mill family to feel more strongly placed to manage the impact of CAP Reform on their livestock business. 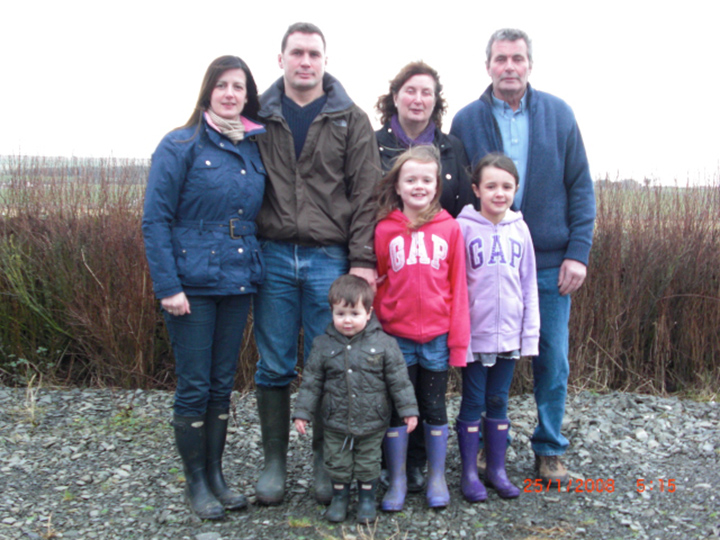 From left, Pauline and William, Mary and Russell Mill with Owen, Amy and Abby

They also have the critical mass, their 1,800 acre Caithness unit carries 200 suckler cows, 1,100 ewes, 250 ewe hogs, plus a 40 cow added value pedigree Charolais herd. However their future success will also be dependent on maximising the potential of all the tools in the box, says William. “Be it genetics, nutrition or husbandry, there’s always potential for improvement, the real challenge is how to best exploit. As far as the suckler enterprise is concerned, then it’s going to be about increasing the number of kilos produced per cow and upping the quality of each calf.”

In fact it’s about progressing the strategy already in place, he explains. “Continued selection for milkiness among our closed Simmental cross herd combined with the use of higher quality Charolais bulls – the best we can afford, has enabled us to increase the average weight of our 11 month old stores marketed in the last three years. We’re also proud to turn out quality, shapely cattle which invariably are among the day’s top 10% of average prices at Quoybrae and selling to repeat buyers, and last year they achieved an average£200 a head premium over all others. We believe that level of performance is scheduled to continue to improve with our next crop of calves having purchased in 2013 a Charolais bull within the breed’s top 5% for performance, and in particular top 1% for eye muscle area EBV. He also had shape and length – the total package.”

William farms Forsie, Westfield, Thurso in partnership with his father, Russell and mother, Mary. The LFA unit has been farmed by the Mill family for more than a century and gradually expanded to its current scale. Recent investments include new slatted accommodation to provide more cow space and accompanying slurry storage, together with various labour saving devices.

“For example, for the past three years we’ve been EID recording all the calves which makes for ease of management. We like to keep an eye on them all to see if they’re performing and weigh each individually at weaning and then again up to three times before sale.”

Forsie’s Charolais cross calves are currently achieving the unit’s target 1.2kg daily liveweight gain from birth to sale at 11 months. They’re offered creep prior to weaning to maximise growth rates whilst feed conversion efficiency is at its greatest. “Last year was exceptional, we had such a flush of grass so creeping wasn’t necessary.” On housing in October / November they’re introduced to a grass silage homegrown cereal mix, weaned at nine months at an average 300kg, and continued on the same diet until point of sale in April when 80% of the crop are reaching just under 400kg at 11 months of age.

It was that exceptional growth rate which attracted Russell Mill to initially invest in Charolais over 40 years ago. “We were witnessing Charolais leaving significant growth and a subsequent price differential over all native breeds in the marketplace and we decided to introduce a bull to our suckler herd. We saw an immediate benefit,” he explains.

Anticipating strong demand for Charolais bulls within the region, shortly afterwards the Mills purchased foundation bloodlines to establish and develop a pedigree herd producing bulls to meet a new, growing demand from the region’s commercial sector. “Over the years our selection criteria has been market led, we’ve focused on long, clean, stylish animals with good feet. We’ve always chosen new bulls bred from consistent well-bred damlines. Things have changed in the last few years since we’ve had Breedplan data to back up our decision making,” says Russell.

“In fact half of our bull buyers are now balancing their decisions made on eye with Breedplan data – 200 day, 400 day, eye muscle area and ease of calving EBVs – they’re a useful tool and nowadays we are focused on breeding higher genetic merit bulls to meet that demand. We use these homebred sires across our own herd – we would never sell a bull that we wouldn’t use ourselves.”

Improving the number of calves reared per year, combined with reaping the rewards of establishing and developing a Farm Health Plan during the last five years are set to help the Mill family to continue to improve overall output per cow.

“One of our biggest dreams here is for three more staff,” says Will. “However it’s simply not going to happen. We feel we’ve reached stocking capacity with the current labour units – myself, Dad who is stepping back from the day to day routine, and one employed person. It’s not going to be just a question of sustainability under the new CAP Reform regime, it’s how much is physically possible and at the same time achieving a balance family life. However one aspect which we are confident will help bolster the unit is the premiums for our Charolais cross cattle reflecting the industry’s continuing quest for quality and efficiency.” 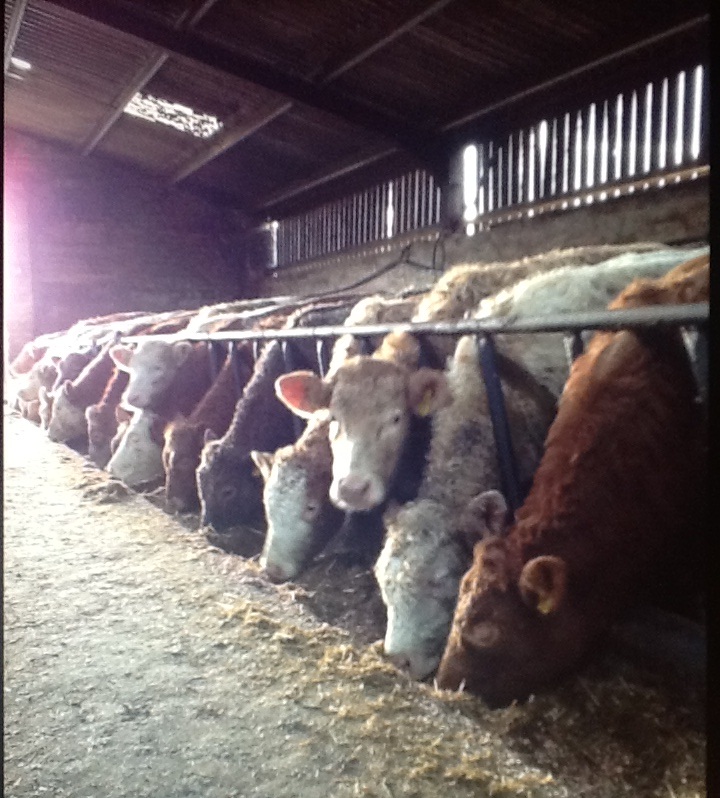