Charolais met a strong demand from the commercial sector peaking at 6,200gns and averaging £4,052 at the breed society’s inaugural February sale in Welshpool on Thursday 6 February.

“Trade was fuelled by buyers who had sold their Charolais cross stores or suckled calves during the last year and enjoyed big premiums over other breeds,” said society chairman, Alasdair Houston. “These producers were doing the numbers and reinvesting what was in fact a small proportion of that return in to their next Charolais herd sire.” 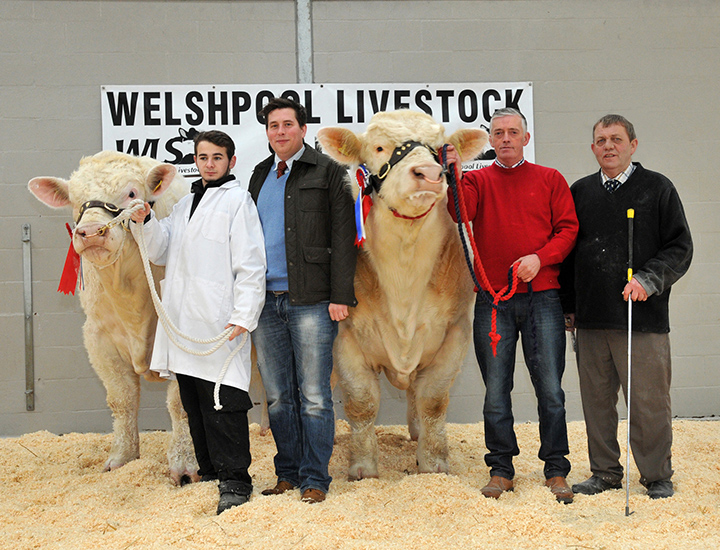 From left to right: Tom Boden with the Champion bull Sportsmans Harrypotter, the judge Stuart Barclay and Jimmy McMillan and Richard MacInnes with the reserve champion Twomacs Hitman

Sale leader at 6,200gns was Sportsmans Harrypotter TI +38, SRI +38, a 20 month old Thrunton Voldemort son and out of a homebred dam from Charlie Boden’s 80 cow herd based at Mellor, Stockport. Earlier on, he had been awarded the supreme championship, the first ever at the centre for Mr Boden.

Harrypotter sold to R Napper, Didcot, Oxford who minutes earlier paid 5,000gns for Dorcas Hyperion, a 22 month old by Dorcas Duke, bred by the Morris family and consigned by John Evans, Caersws, Powys. The 19 month old Dorcas Hussar, another Dorcas bred bull from Mr Evans and this time by Dorcas Express made 5,000gns to RE Griffiths, Criccieth, Gwynedd.

The day’s second highest bid of 6,000gns was made in a joint purchase by CN Flack, Bury St Edmunds, Suffolk and Goodwin Farms, Repps, Great Yarmouth for Maerdy Hoelbren, a 17 month old by Vald’Or-Ra from Flintshire vet, Esmor Evans, Mold who sold a string of 12 entries in total to average £4,366.

The final 5,000gns bid was made for Montgomery Hampton, a 21 month old Blelack Digger son from the Roberts and Jones partnership, Welshpool. The buyers were AW and AR Gale, Newton Abbott, Devon.

Last catalogued entry but not least at 4,700gns was Hendy Hubert, a 14 month old youngster from Wyn and Diane Rees, Llanidloes, Powys, to near neighbours, VT and S Hamer, Llanidloes. Other entries in the money included Trefaldwyn Hornblower TI +61, SRI +60, an 18 month old Blelack Digger son at 4,200gns. The buyer was the Herrick Partnership, Kirkby Mallory, Leicestershire. 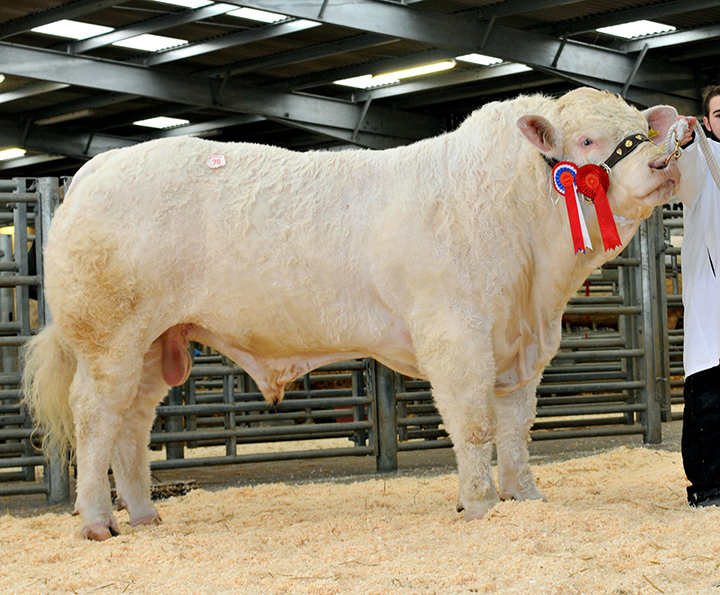 The Champion Sportsmans Harrypotter at 6,200gns 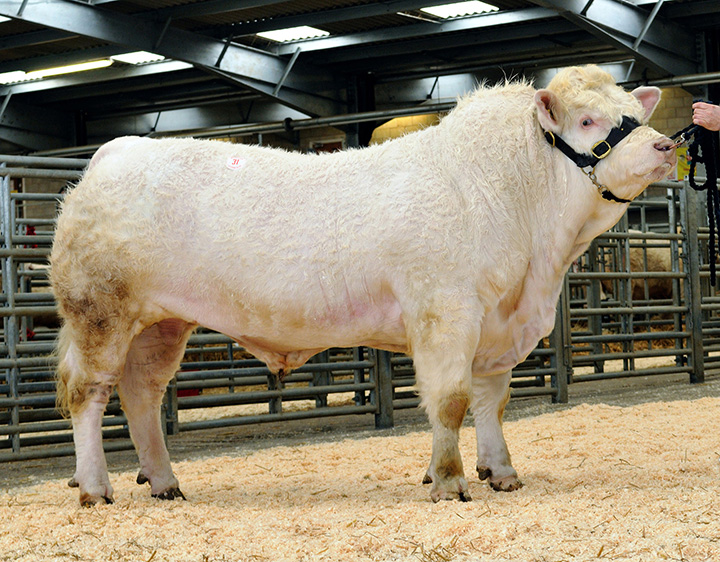 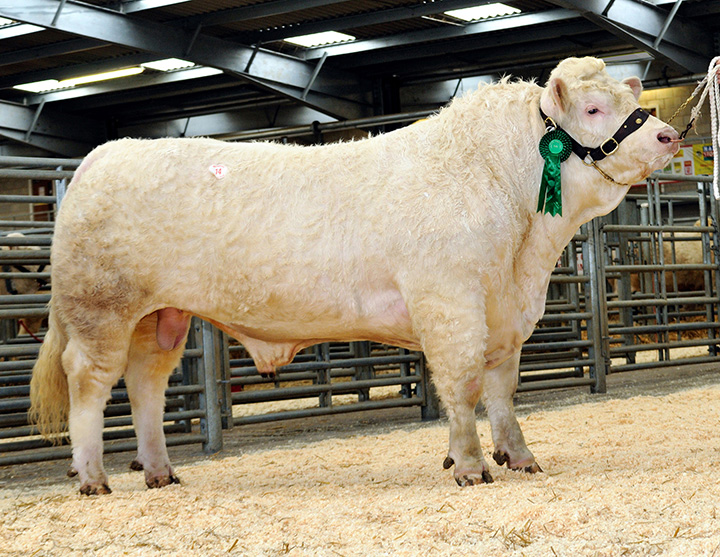 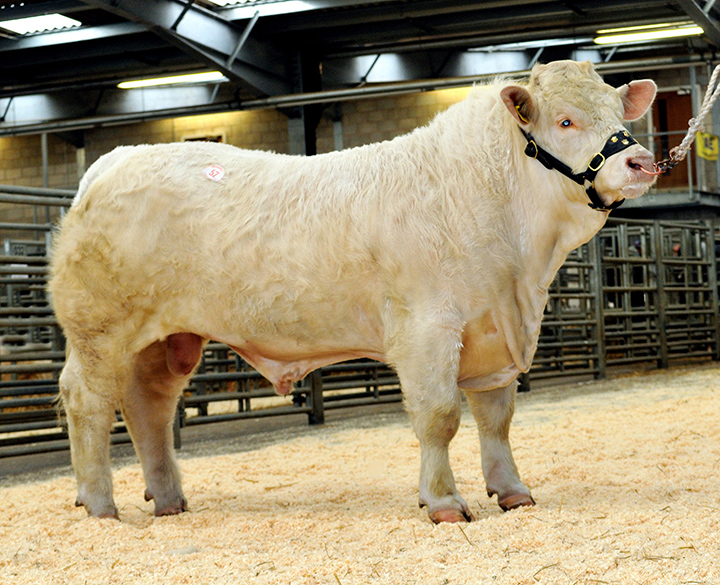 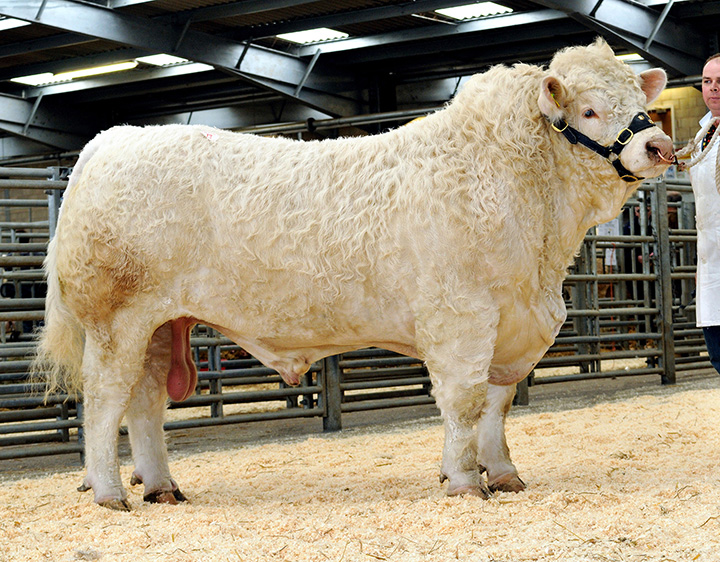 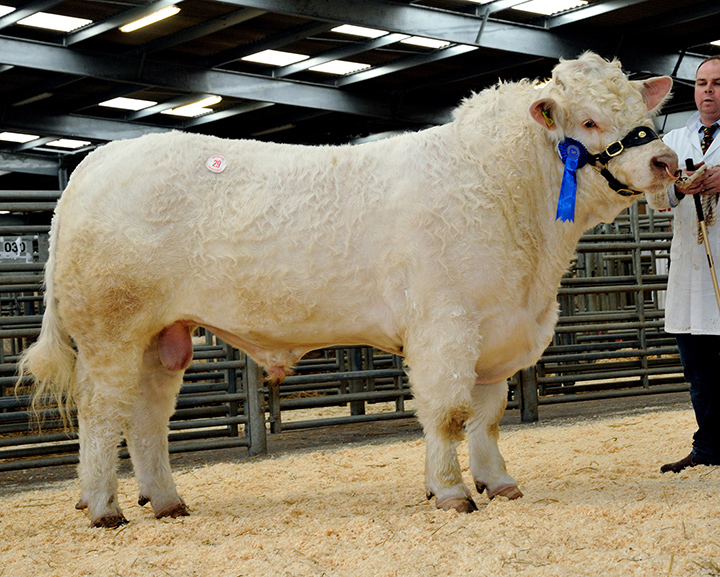 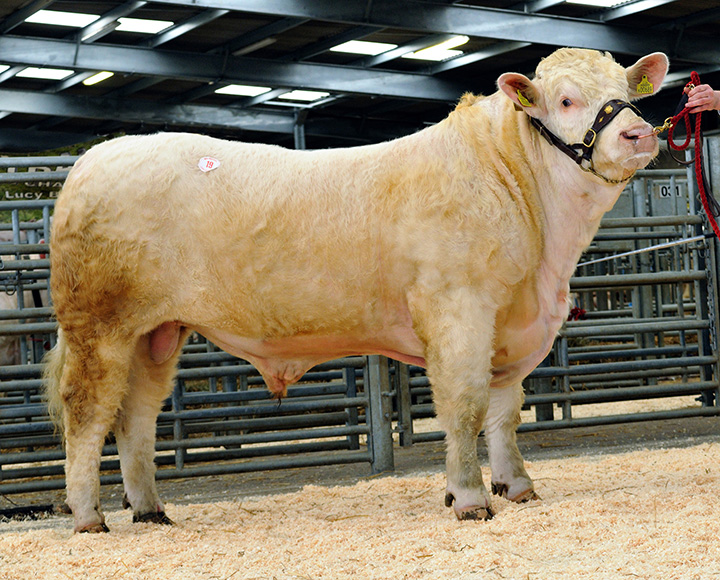 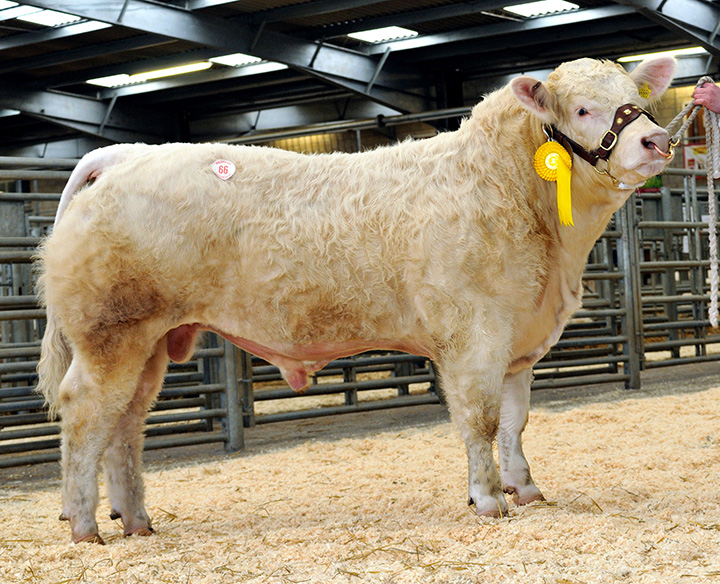 Charolais cross stores achieving £200 premium over all others » « Gearing up for VIA: the rearer finisher’s take