Charolais were in demand with bulls leading the trade at 7,000gns while females peaked at 4,600gns on Friday 22 November at the breed society’s official show and sale in Carlisle. 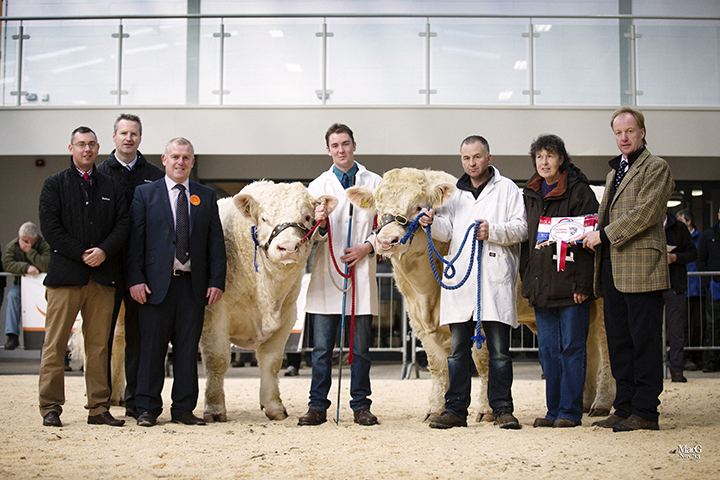 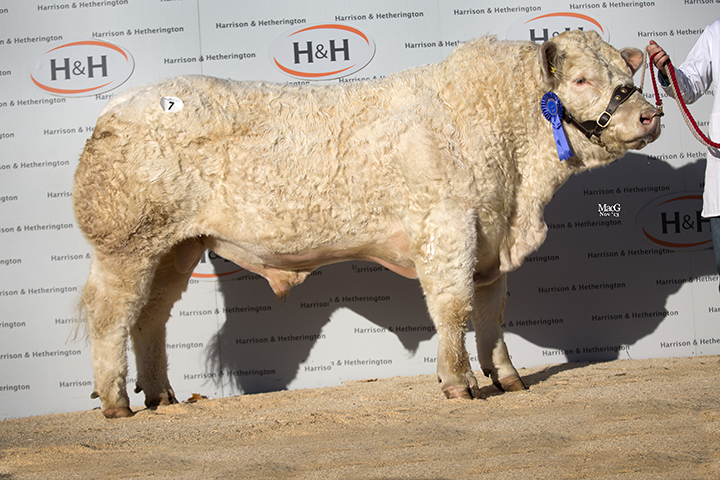 Topping the sale at 7,000gns from the Campbell family, Thrunton Alnwick was Thrunton Highclass TI +54, SRI +45, a 20 month old by the 22,000gns Newhouse Bigal and out of Thrunton Bombshell, a Burradon Talisman daughter. He was awarded reserve overall male champion before selling to JH Strawhorn and Son, Lockerbie. 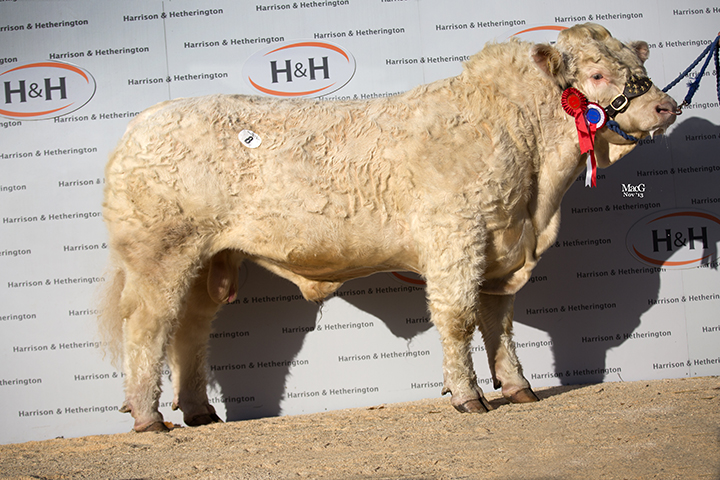 Next in the ring at 6,000gns was the overall male champion from Jean Atkinson, Malton. Bassett Hallmark was a 20 month old by the 10,000gns Harestone Domino and out of Bassett Doodle. The winning bid came from PR Sawyer and Son, York. 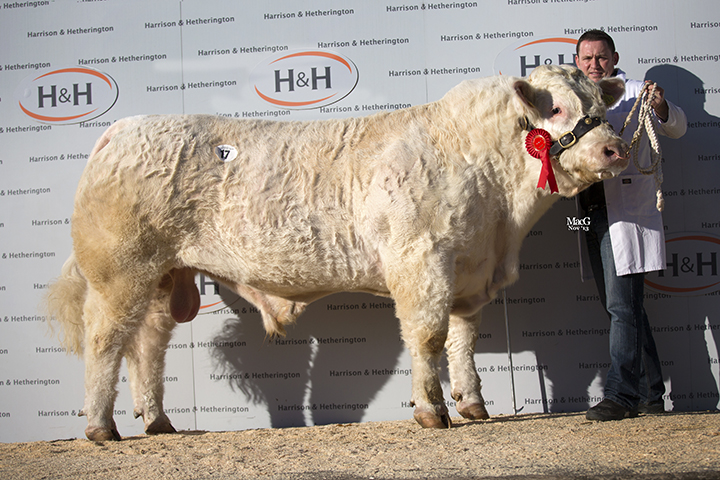 A second 6,000gns call was made, this time by from Messrs Evans and Corfield, Ludlow for the first prize Eoinrua Harty, a 19 month old from A Ewing, Annan. He was a Burradon Talisman son and out of Ratoary Amarillo. 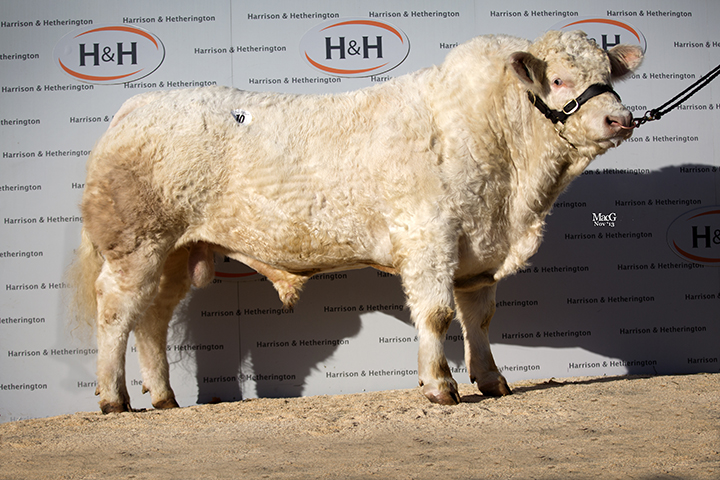 Jim and Carol Warnock, Biggar sold Dreva Hasslehoff TI +34, SRI +32, a 20 month old for 5,400gns. Sired by Lochend Apache and out of Dreva Diane, he was purchased by AC Austin, Dumfries.

Next at 4,000gns was the first prize Crookdake Haribo TI +38, SRI +28 from DA and SM Miller, Wigton. An 18 month old, he was by the 10,000gns Mullaghbane Ulliot, out of Mullaghbane Vicky and sold to Andrew Lloyd, Hainford, Norfolk.

Sharing a 4,000gns bid was the 17 month old Maerdy Handyman TI +50 SRI +45 from Flintshire vet, Esmor Evans to G Sordy and Sons, Alnwick. Sired by Kelton Trident, he was out of Maerdy Epil. 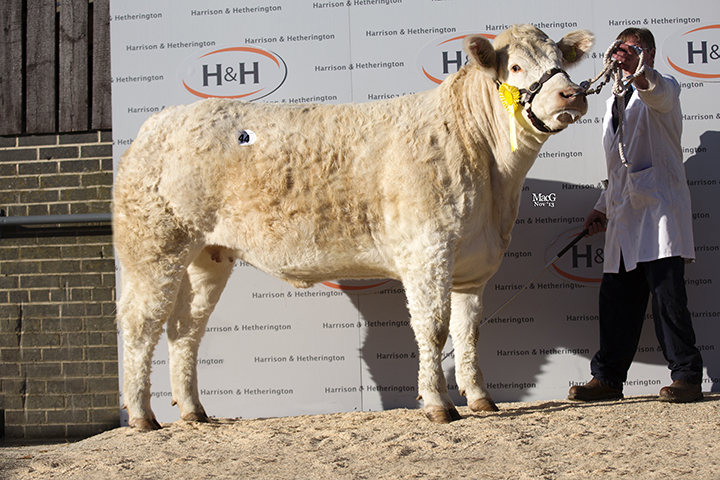 Two female entries shared the leading 4,600gns bid. First in the ring was Gretnahouse Geigg TI +67 SRI +63 from Alasdair Houston, Gretna Green. This in calf two year old was by Blelack Digger, out of a homebred dam and sold to J Preece and Sons, Cheltenham.

Seaville Gina TI+45, SRI +38, a 21 month old in calf heifer from RE and KM Jackson, Wigton sold for 4,600gns to A McCornick, Dumfries. A Newhouse Bigal daughter, she was out of the homebred Seaville Abbie. 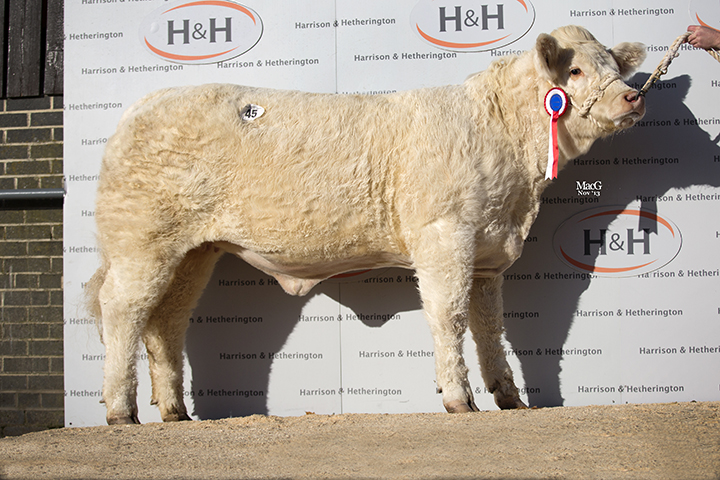 The overall Cracker female champion was Midas Heather from Roger Coppinger, Wem selling for 3,900gns to the judge Arwel Owen, Foel, Welshpool. This 17 month old was by Oldstone Egbert and out of Burnaston Racheal. 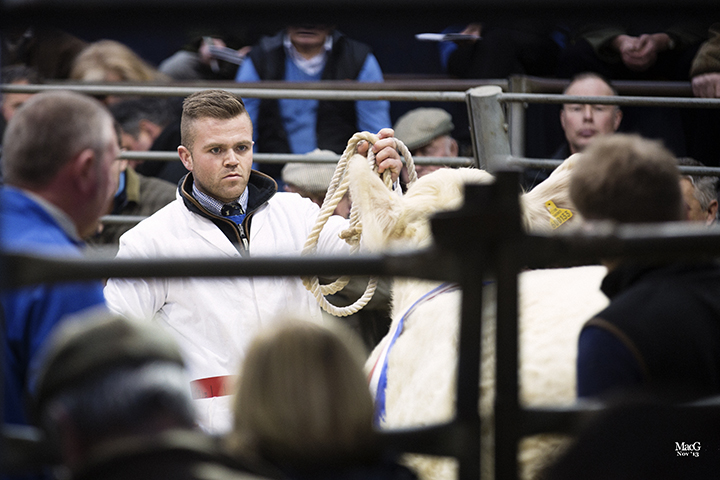 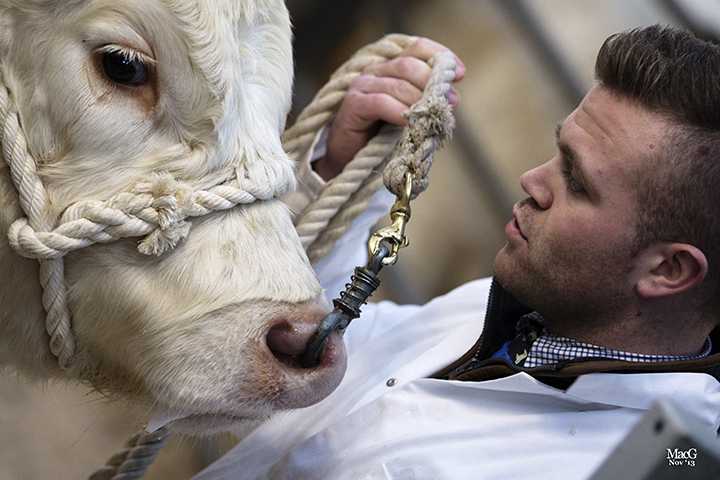 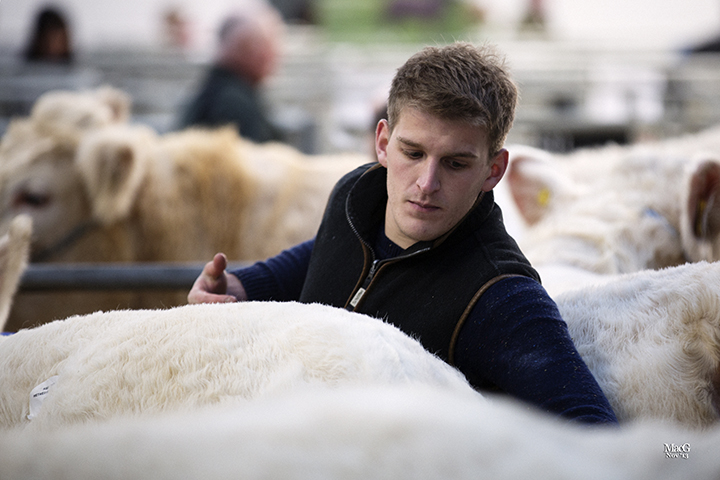 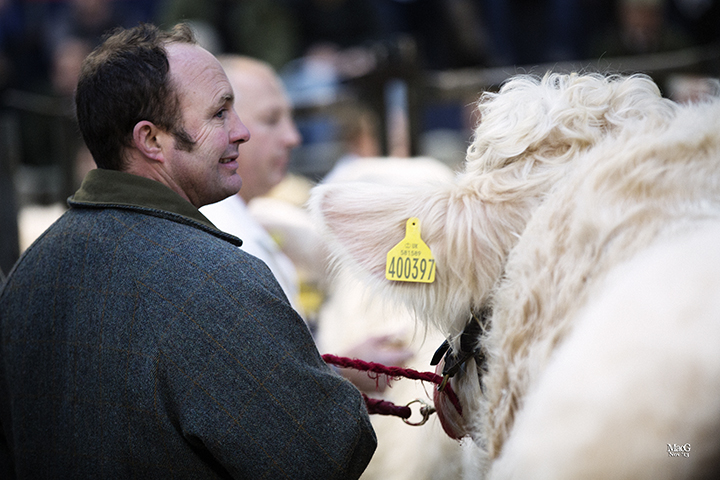 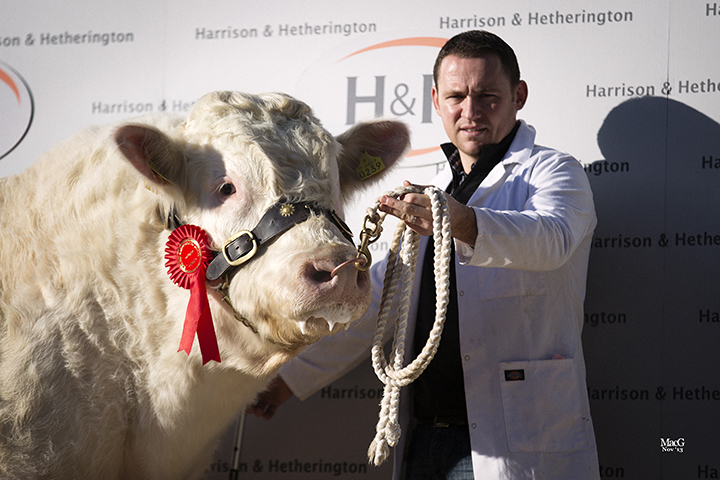 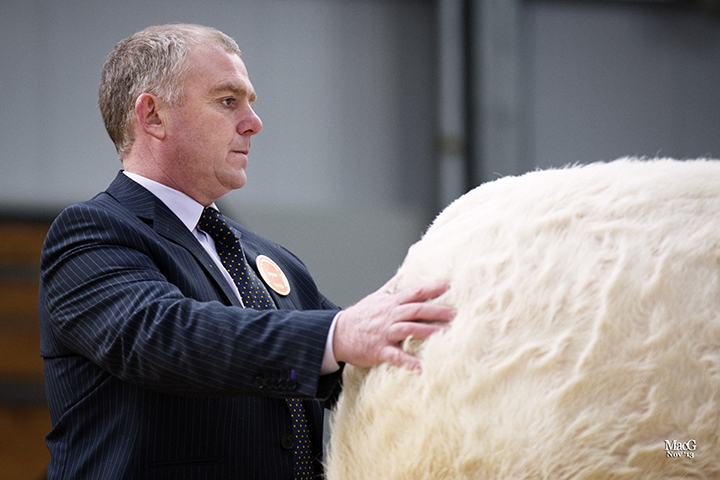 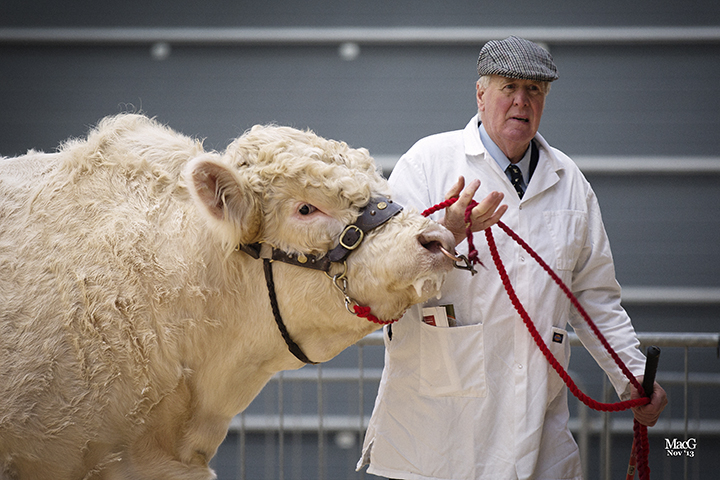 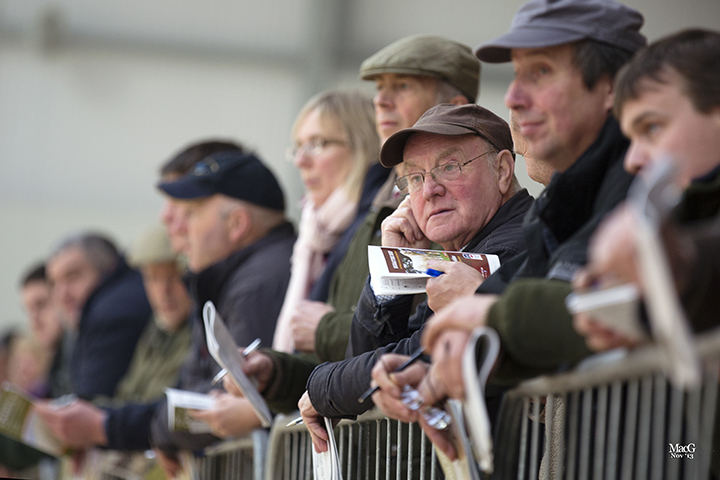 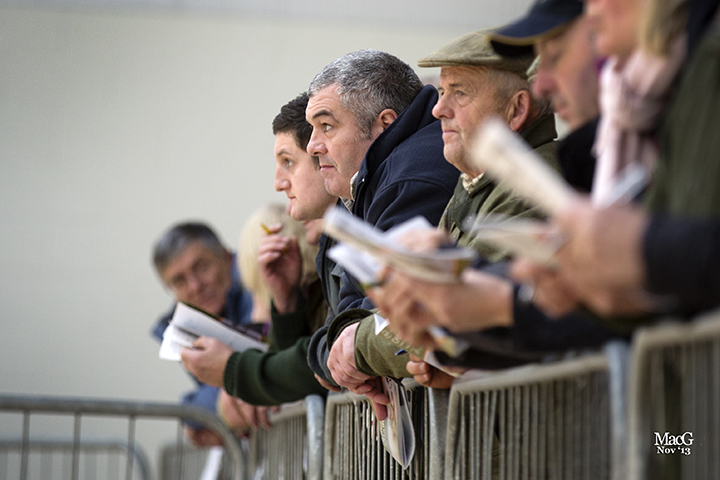 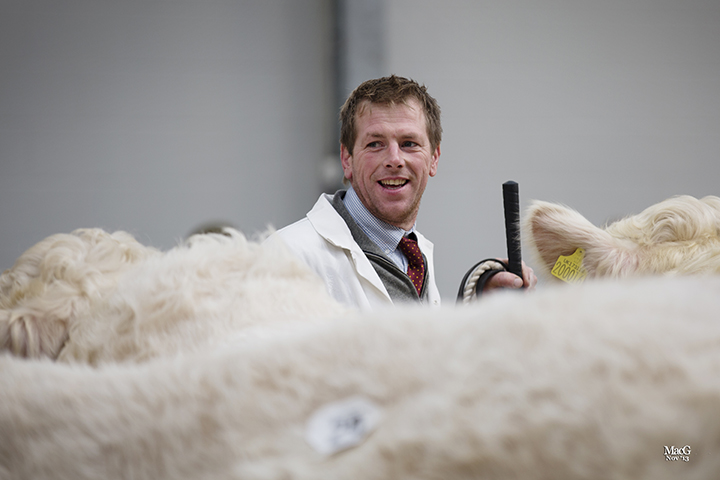 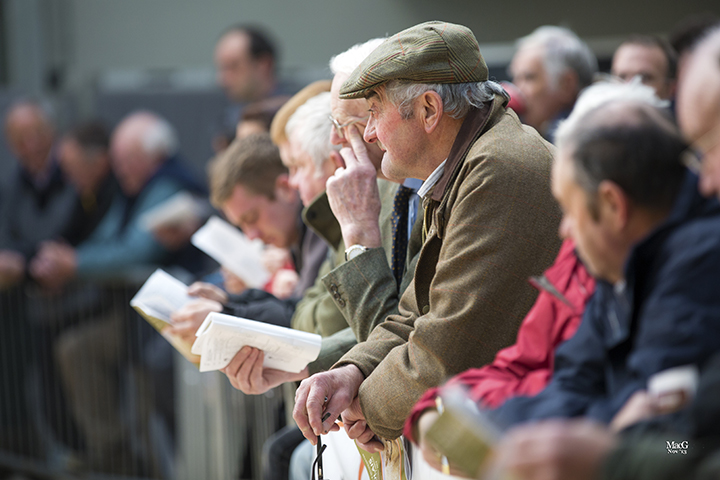