The Charolais Supreme Championship at this year’s Balmoral Show went to the day’s female champion, the January 2017-born Elgin Nancy.  A recent purchase by exhibitor Patrick Gallagher, who bought her home to Maghera from the Morayshire based herd of Roy and Matthew Milne. She is sired by the 11,000gns Woodpark Elgin while her dam the Highland show class winning Elgin Electra goes back to the French born Harestone Tyrol. Nancy was much admired for her power and presence in the show ring and she went to take Honourable Mention in the contest for Interbreed Champion.

Standing reserve to both Charolais Champion titles was Susan & Jack Smyth’s homebred Bessiebell Nana from Magheracolton.  A 22 month-old daughter of the Stirling intermediate champion Derryharney Jumbo and the Doonally New-sired Dungannon female champion Aghyoule Finoula.  This young heifer is sure to have a successful future.

Judge in the Charolais section was Archie McGregor the current President of British Charolais Cattle Society who hails from Glasgow.  He needs no introduction across the pedigree and commercial cattle world, from the Allanfauld herd, he has had a very successful breeding and showing career.

There was no doubting the quality on show for the Charolais breed this year, with the Charolais male champion going on to take the title of the Fane Valley Interbreed Beef Performance Bull Champion from D & S Bothwell with Killadeas Olaf, sired by Battleford Laser and out of Killadeas Dainty, a Dunlon Ulick daughter.

There was a huge level of interest in the Charolais breed across the four days of the show, with visitors complimenting the high levels of quality across the classes, and many breeders spending significant time at the ringside and in the cattle lines.  The club also attracted much discussion at the breed stand where they were attracted by a superb Charolais beef display from the Marquess Family Butchers, Muckamore, Antrim.

The club is indebted to the breeders for bringing out such a fine display of cattle, the British Charolais Society, the section sponsor and the RUAS; their staff and many committees and sub-groups, as well as the farming press for all their hard work in rolling out the Balmoral Showcase.

We wish all members well on the local show circuit with the next date on the calendar for the club is the NI National Charolais Championship and the 2019 Charolais National Youth Stock Judging Final both to be held at Clogher Valley show on 31st July 2019.  For more information contact Club Secretary Eilis Kelly or Club Chairman David Connolly. 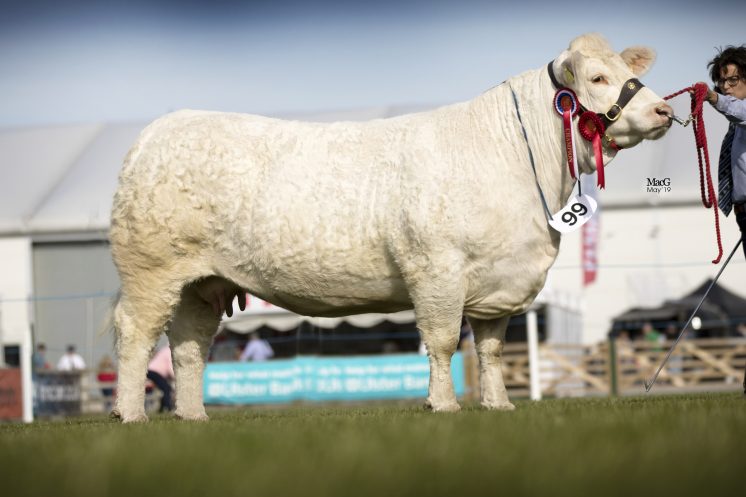 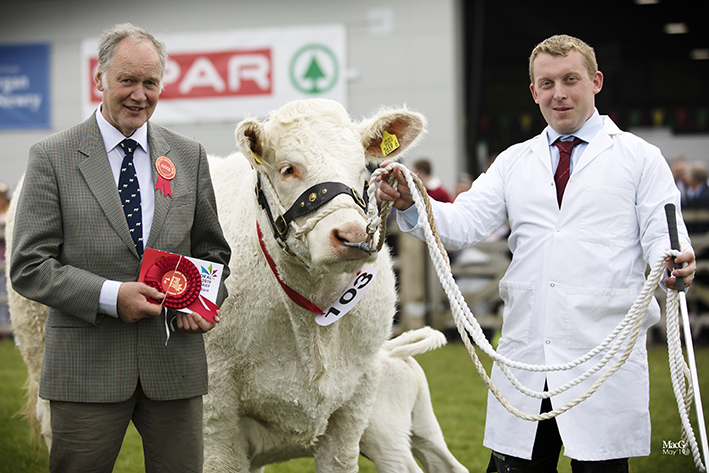 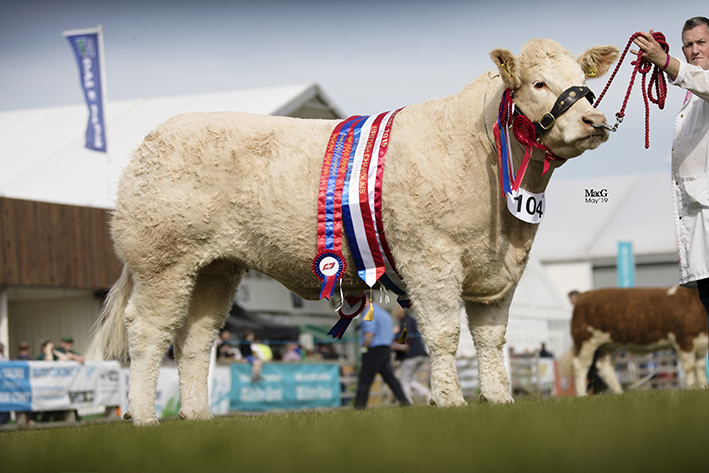 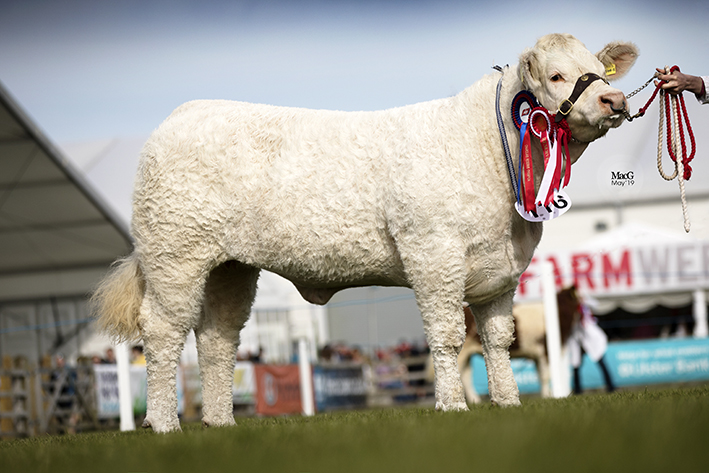 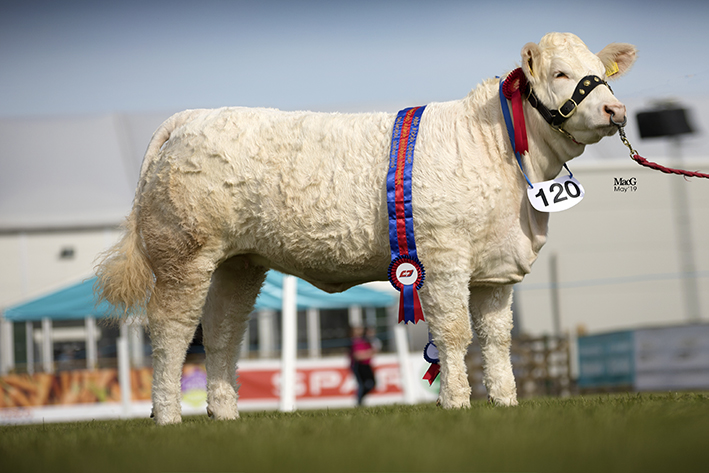 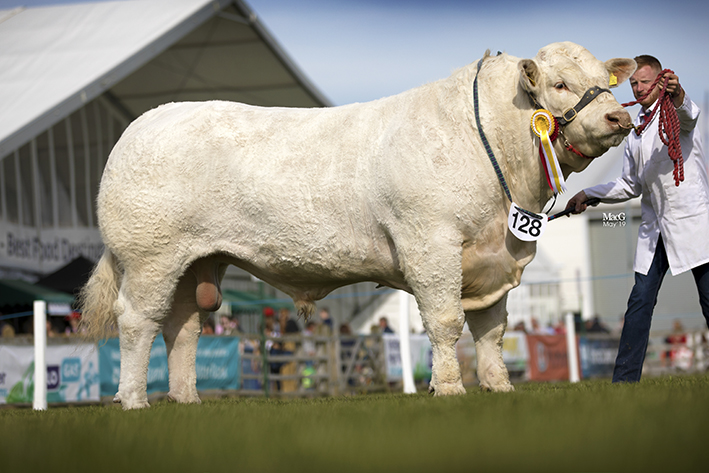 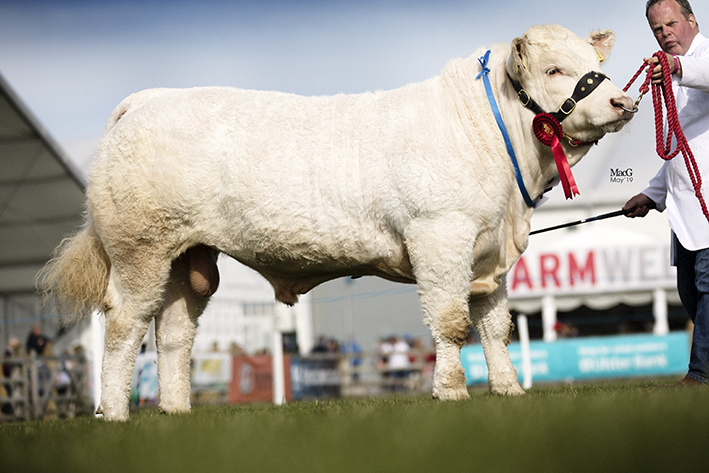 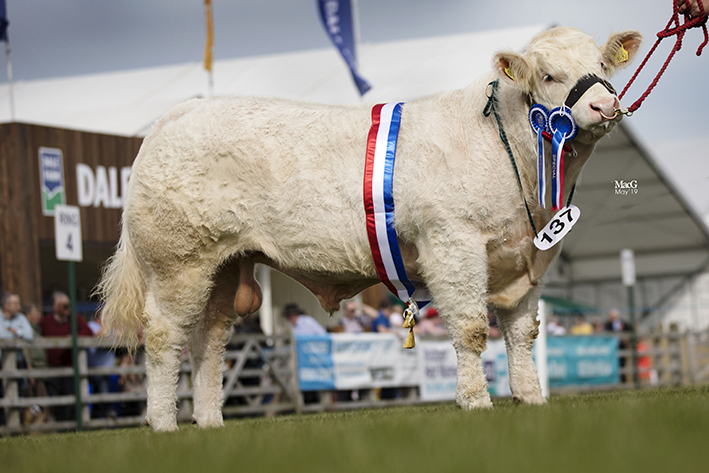 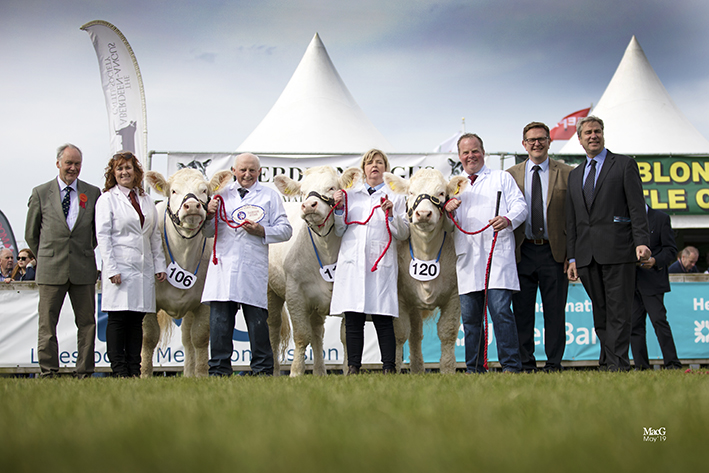 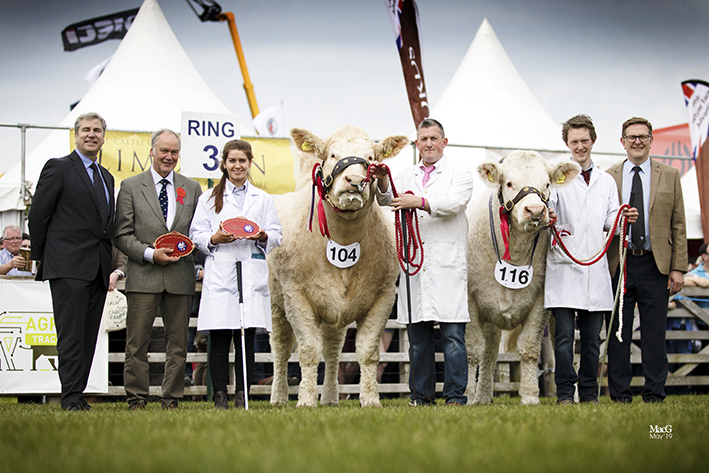 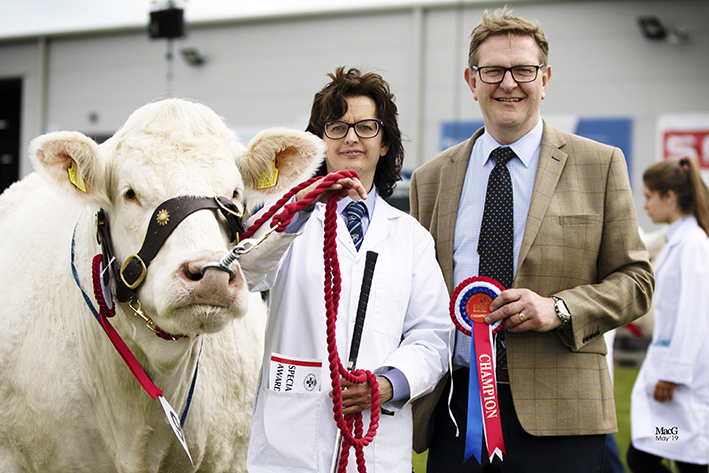 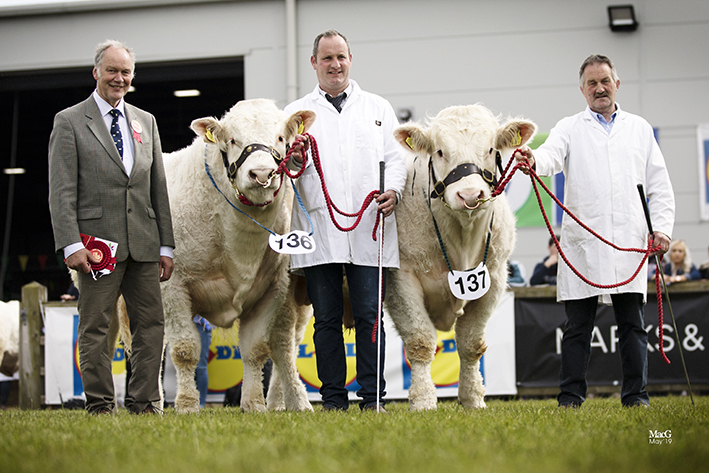 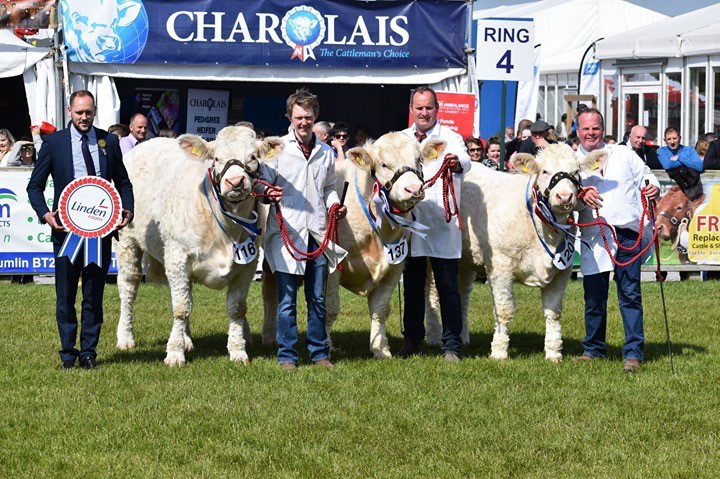 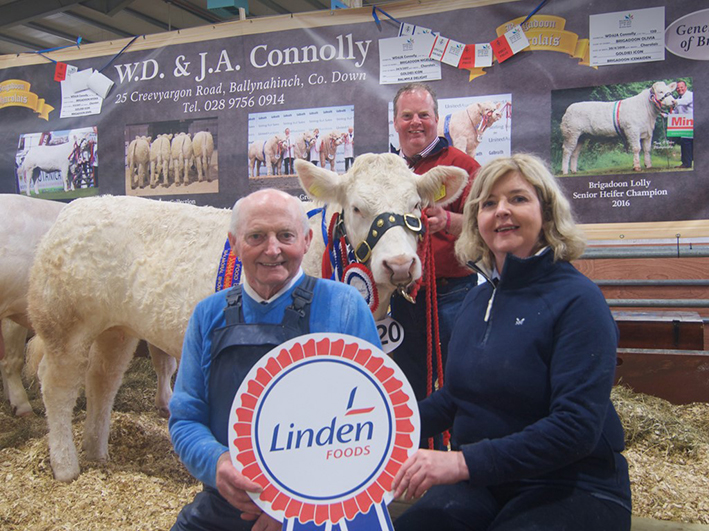