13 Bulls sold to a top price of 4,500gns and an average of £2,835 at the Northern Ireland Charolais club spring sale at Dungannon on Monday 7 May.

Topping the lots at 4,500gns was a 16-month-old entry from Jonathan Crawford, Maghera, Co Derry, who earlier in the day had been crowned supreme and junior champion in the pre-sale show. Coolnaslee Noel, who is the first son to be sold from the 50,000gns Balthayock Justice, is out of Coolnaslee Hanna, a daughter of the 55,000gns Balmoral interbreed champion Sportsmans Columbo and was purchased by Ian Gouldy, Greyabbey, Co Down. 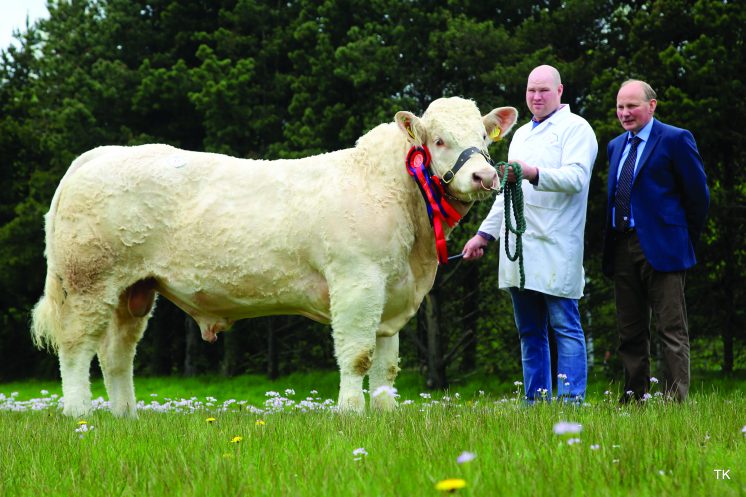 Next in the trade stakes at 3,600gns and purchased by Nigel Smyth, Randalstown, Co Antrim, was the 14-month-old Dernaseer National, who was bred and exhibited by Dominic Arthurs, Dungannon, Co Tyrone. Bred out of the 18,000gns Perth intermediate champion Fury Action daughter Dernaseer Dorreen, he is sired by Palace Garfield.

The days senior champion came from Trevor Phair, Bellanaleck, Co Fermanagh and sold in a 3,400gns deal. Brogher Master, a November 2016-born son of Vexour Freddy and Brogher Eva, who goes back to Prime Roberto caught the eye of Mr A Loughran, Cookstown, Co Tyrone. 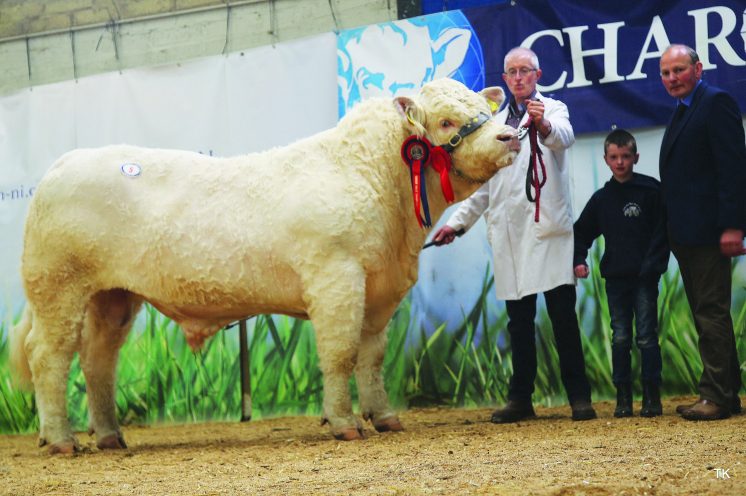 Just behind at 3,100gns was the class winner Ovill Neymar. D Brown, Springfield, Co Fermanagh, was the man behind the money on the purchase of this 14-month-old, by popular AI sire Davally Illusion, bred out of the Doonally New-sired Ballymakea Carmel, from the O’Kane Bros, Dungiven, Co Derry. 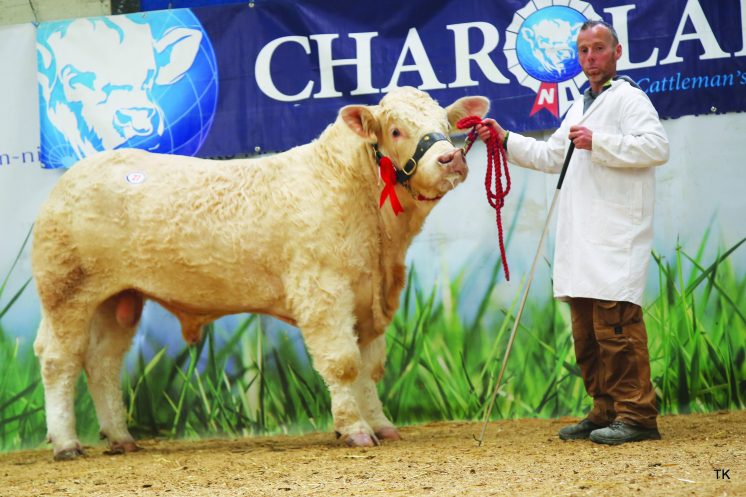 The reserve supreme and reserve junior champion Drumlone Norman was another top priced lot, securing 2,900gns for breeder Kenneth Veitch, Lisbellaw, Co Fermanagh. The January 2017-born Norman is sired by Goldies Echo and out of Drumlone Hilda who goes back to Oldstone Egbert. He goes on to work in Tempo, Co Fermanagh for Mr C Fee. 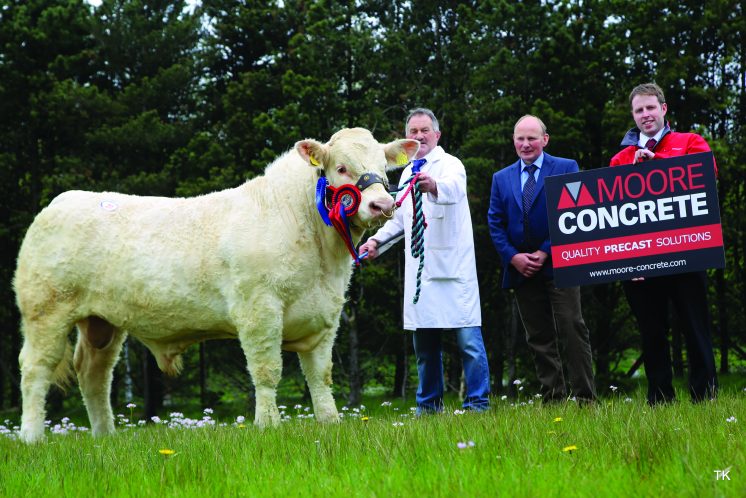 Purchased at 2,500gns by S Murphy, Mullaghbawn, Co Down, was another Balthayock Justice son from the aforementioned Jonathan Crawford. Coolnaslee Moonbeam who stood second in his class earlier in the day, is a November 2016-born son of Sportsmans Columbo daughter Coolnaslee Ganet.

The female section was headed by the female champion and 20-month-old Derryharney Margharita from Harold Stubbs and Alan Burleigh, Crummy, Co Fermanagh. Margharita who is sired by the 8,000gns Blelack Blackberet and out of a 19,000gns Doune and Dunblane champion Corrie Alan homebred daughter Derryharney Jamboree, was purchased by George Nelson, Drumacritten, Co Fermanagh.