The Oakchurch herd, owned by Jeremy Price from Herefordshire, has been recognised by AHDB Beef & Lamb as the most progressive herd of Charolais cattle based on the herd’s genetic merit and improvement in 2017. 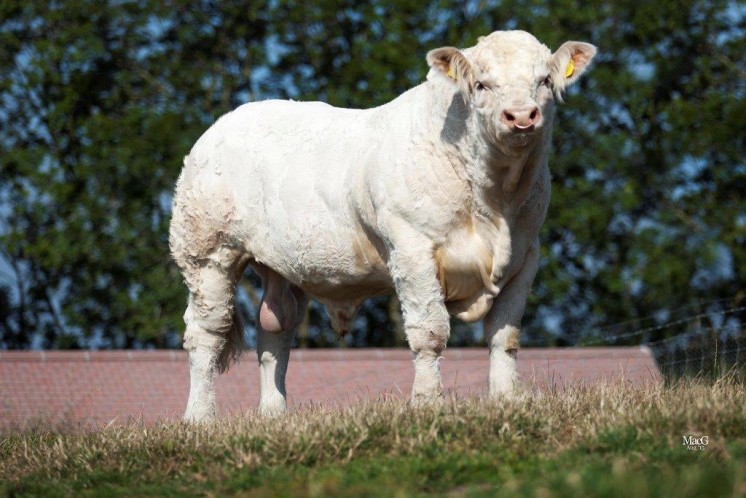 Jeremy’s parents had kept the Charolais breed before which inspired him to set up Oakchurch in 2007. The herd is comprised of 20 cows with females kept as replacements and bulls sold for breeding.

In order to monitor performance, Jeremy started recording as soon as he set up the herd. Jeremy said: “I find if you enter accurate data you get useful information back. We have a good trade for cattle from home and sell privately to herds based on good data. People want an idea of what they are buying and performance recording really helps with that.”

Jeremy focuses on growth rates and says calving ease is essential with the commercial producer in mind. “No commercial farmer wants to be getting out of bed at night to calve a cow. We aim for cows that give birth unassisted, have a short gestation period, don’t suffer losses and produce calves with good growth rates and conformation. We are also aiming for a bit more fat depth.”

Carried out by the breeding company, Jeremy uses artificial insemination (AI) on his cows to out-source genetics to improve certain traits where possible. “At the moment, when choosing bulls, I am focusing on calving ease, growth rates and fat depth,” explains Jeremy. “When it comes to cows, we look at their pedigree, figures, and conformation.”

Over the last 10 years, Jeremy has used Blelack Digger who was a top bull for calving traits. “He really helped move the breed forward and commercial producers love him,” says Jeremy. He now keeps two stock bulls. Balthayock Jupiter has top figures with balanced traits, he has nice conformation, easy calving with a short gestation. “I have just bought Balthayok Marksmen who has good figures and will add fat depth to the cattle. Just over a year ago I imported semen from Palgrove Justice from Australia and used the semen via AI with the aim of producing easy doing cattle with added fat depth. The first calves by him have just been born so it will be interesting to see how they get on,” says Jeremy.

“It’s nice to have won the award for a second time. We want to carry on improving the breed so it is good to see we are still making good progress.”