This year’s Pedigree Calf Fair was held at Balmoral showground on Saturday 18 November and Councilman Neil Blyth from Elwick, Cleveland travelled over the water to judge the Charolais classes. 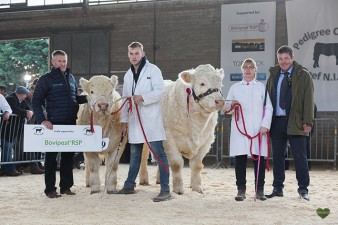 The senior championship was won by the 14-month-old Hollywell Mojito from John and Sandra Middleton, Upper Creevagh, Co Derry. Mojito is sired by the 18,000gns Thrunton Fairfax and out of the Doonally Nicefor-sired Hollywell Harriet. Placing in reserve was an entry from Josh Armstrong, Maguiresbridge, Co Fermanagh. Currins Maddie is a November-2016-born son of Goldstar Echo and Drumlone Jasmine who goes back to Doonally New. 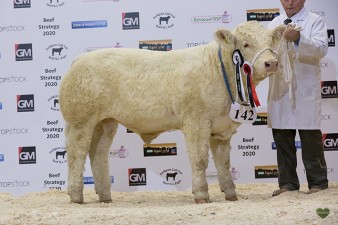 Both the champion and reserve in the junior section were won by the Connolly family, Ballynahinch, Co Down. Their champion was the seven-month-old Brigadoon Newman who is out of the Royal Captain-sired Brigadoon Icequeen and their reserve Brigadoon Nova is out of Brigadoon Felicity who is sired by the 18,000gns Sackville Claudius. Both entries are sired by the 10,000gns Stirling reserve junior champion, Goldies Icon. 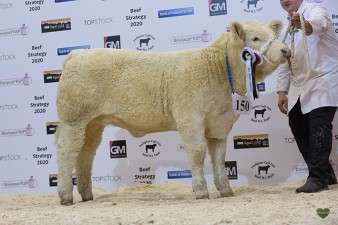