A combination of pedigree and commercial interest saw a solid trade of Charolais bulls at Stirling on Monday 1 May where 32 bulls sold to a top price of 8,500gns and an average of £4,587, up £312 on the year with clearance rates rocketing by 36% to 89%. 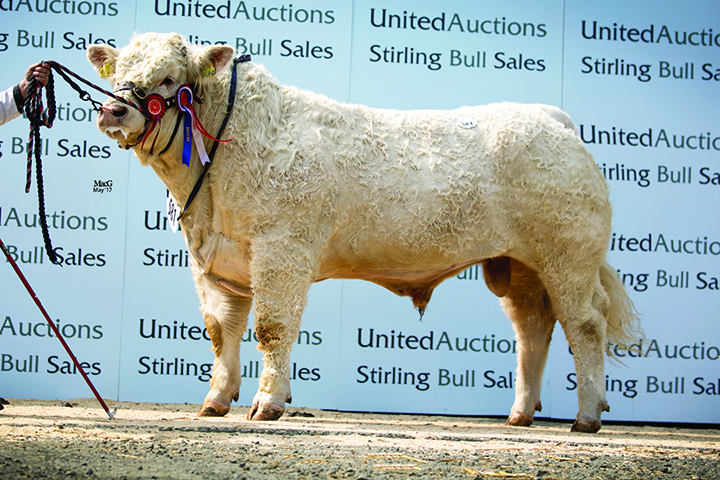 The sale leader at 8,500gns was the pre-sale show Champion Elgin Lochness from RA Milne and sons, Elgin, Morayshire. The 18-month old Lochness is sired by the 14,000gns easy calving Westcarse Houdini and out of the home-bred Elgin Heidi who goes back to the 10,000gns Thrunton Alpha and was purchased by Allan Mcarthur, Balfron Station, Glasgow. 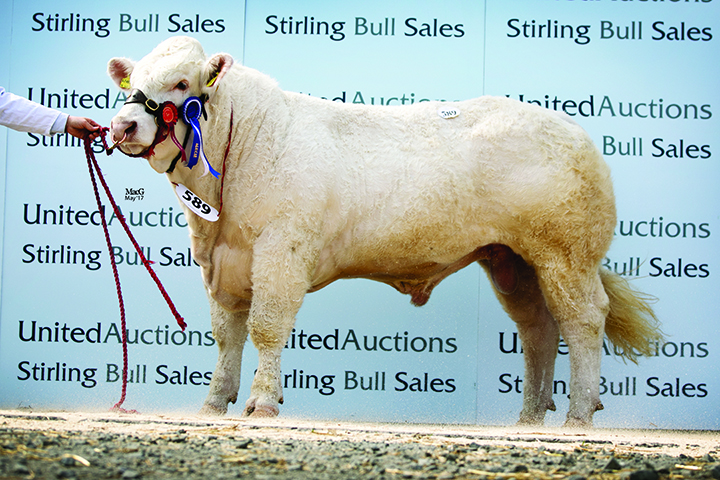 The purchasers seemed to agree with the pre-sale Judge Ellis Mutch as his choice for reserve champion was the next top priced. Bred and exhibited by Hamish Goldie, Ruthwell, Dumfries-shire, the November-2015 born Goldies Lively whose breeding includes sire the 15,000gns Gretnahouse Heman – who also sired the top priced bull Carlisle May 2016 – and home-bred dam Goldies Isabelle who is sired by the 34,000gns Goldies Uppermost sold in an 8,000gns deal to J and A Dunlop, Maybole, Ayrshire. 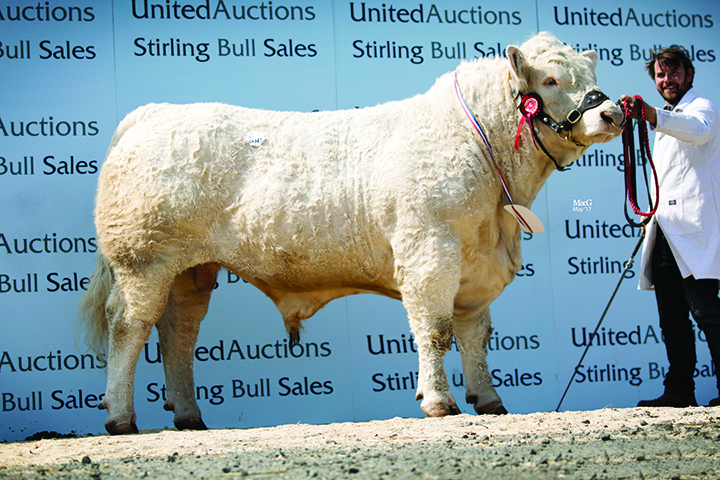 John Whiteford & Son, Cupar, Fife were the next to purchase, spending 6,000gns and taking home Inverlochy Lustre, a 22-month old son of the 11,000gns Blelack Giggsey and a home-bred dam going back to the seasoned show winner Inverlochy Resolve. Lustre had himself shone in the showring when he was tapped out top of his class the previous day for exhibitors John Irvine and Son, Ballindalloch, Banffshire. 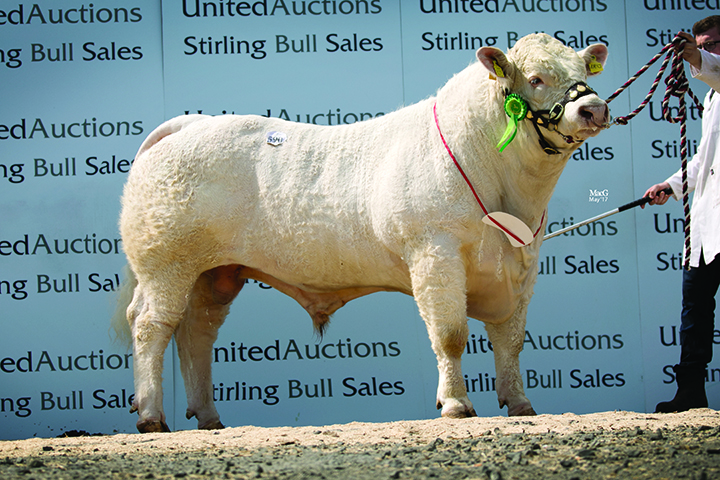 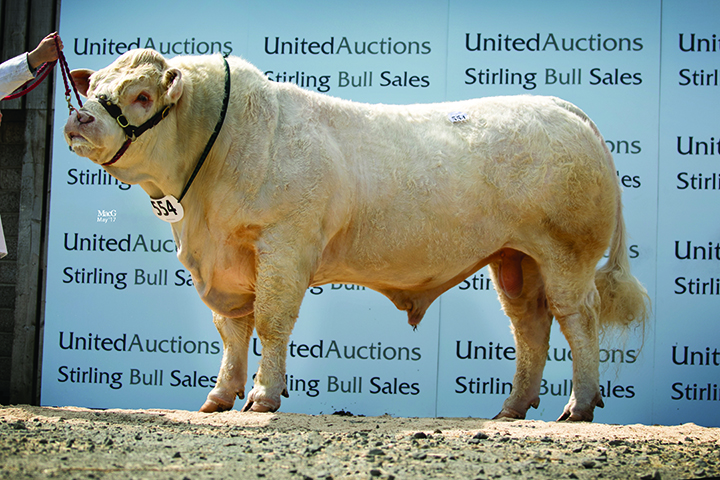 Close behind and the first of two to secure 5,800gns was Thrunton Lachlan who took the fancy of George Russell, Denny, Stirlingshire. This 24-month old entry from JHC Campbell & Sons, Alnwick, Northumberland is sired by Thrunton Gladiator and his maternal grandsire is the 15,000gns Carlisle supreme champion Burradon Talisman. 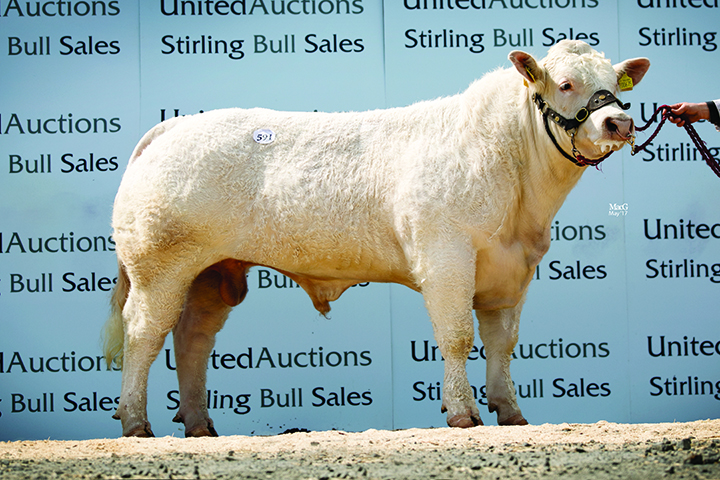 Hamish Goldie was back in the money also securing 5,800gns for another of his Gretnahouse Heman sons, this time out of Goldies Ingot going back to the 12,000gns Goldies Elation. The November 2015-born Goldies Lionel sold to Colin McMillan, Bowmore, Isle of Islay.

Next at 5,500gns was Gretnahouse Leapfrog for breeder Alasdair Houston, Gretna Green, Dumfries-shire. Another son of the popular Blelack Digger this 19-month old travels on to work in Lumphannan, Aberdeenshire with new owners S and J Urquhart.

David and Nick Walter, Balthayock, Perthshire sold a trio of top priced bulls, the highest priced of which was a yellow ticket winner who secured a bid of 5,200gns from A Mccornick and Co, Lochfoot, Dumfries. The October-2015 born Balthayock Lorenzo is sired by the easy calving champion of the Perth and Braco shows and is out of the 10,000gns Balmyle Churchill daughter Balthayock Favourite whose previous son sold for 8,000gns.

The Walters went on to sell two of their younger lots – aged 15 months – for 4,000gns a piece, both sired by the 20,000gns Royal Welsh supreme and Highland beef breeder continental champion Maerdy Grenadier. Balthayock Marius was purchased by J and A Cooper and Sons, Laurencekirk, Kincardineshire and Balthayock Mark went on to Kirkcolm, Stranraer with RJ Manson and Partners.

At 4,500gns Mr and Mrs John Wight, Biggar, Lanarkshire were the next to sell. The August-2015 born Midlock Luck who had placed second in his class the previous day and is sired the 17,000gns Elrick Highlander was snapped up by Aitken Bros, Linlithgow, West Lothian.

The final lot to bring 4,000gns was the 20-month old Baillieston Luke, a son of the 25,000gns Stirling supreme champion Maerdy Hasse from Ronnie Baillie and Co, Deerness, Orkney. Balmirmer Farms were the successful bidders and take him home to work at West Balmirmer, Angus. 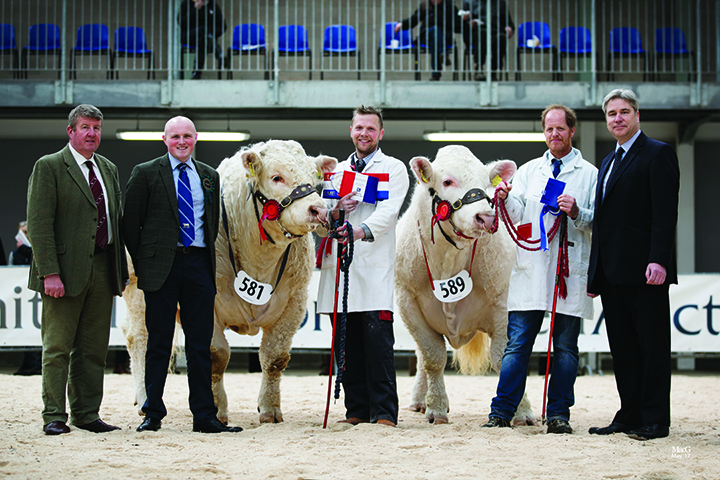 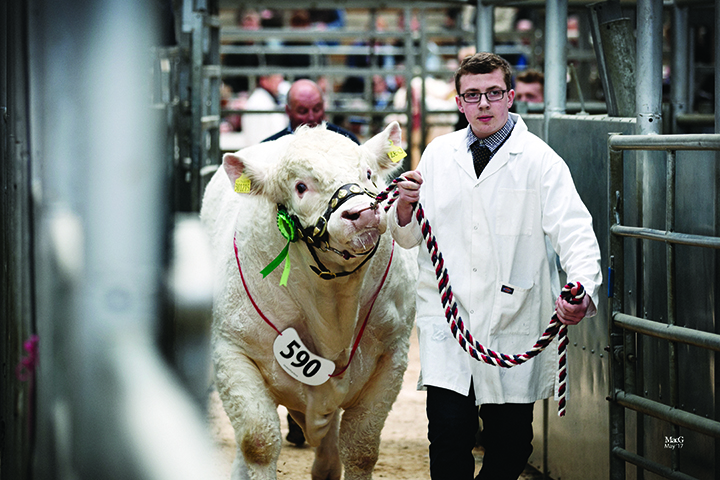 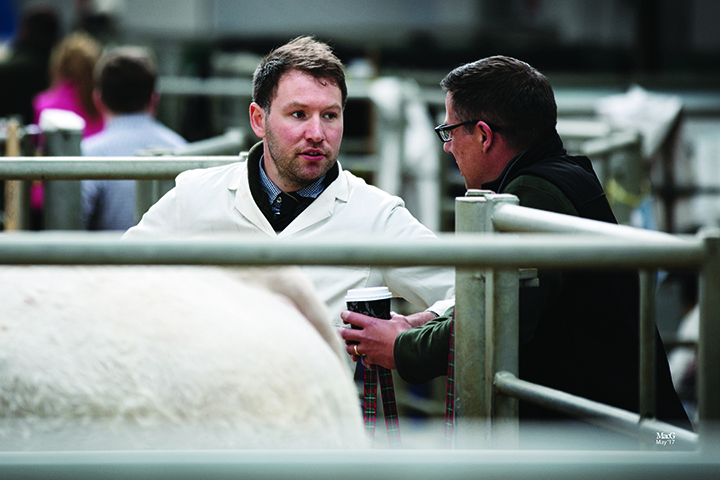 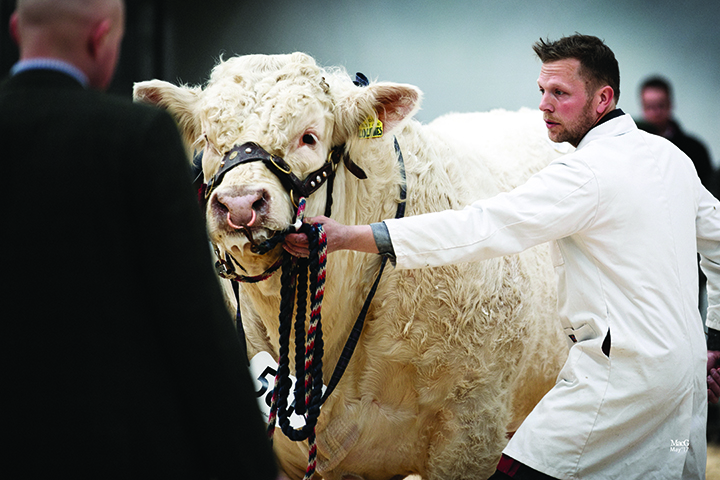 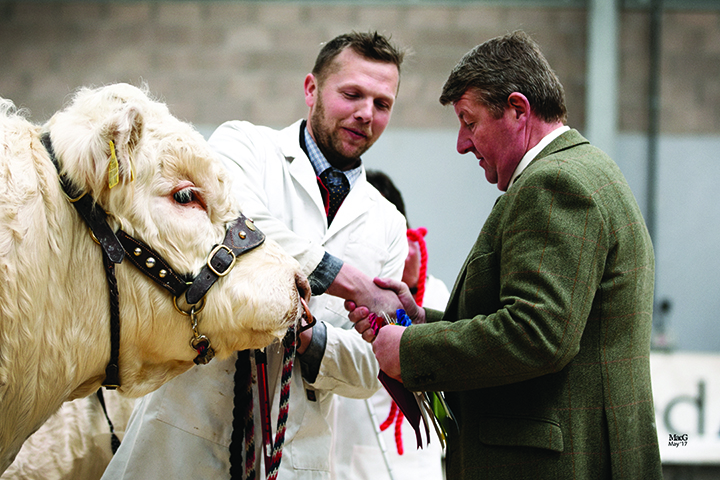 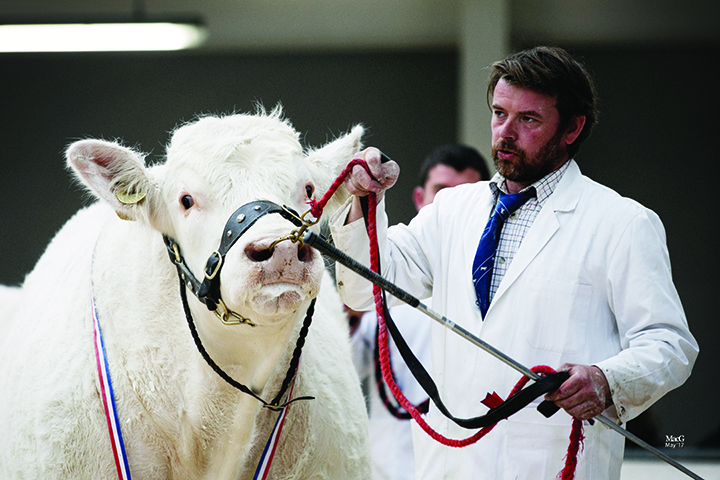 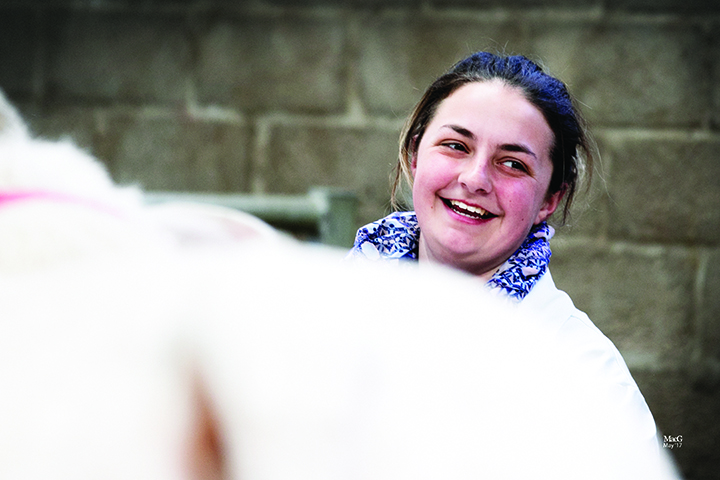 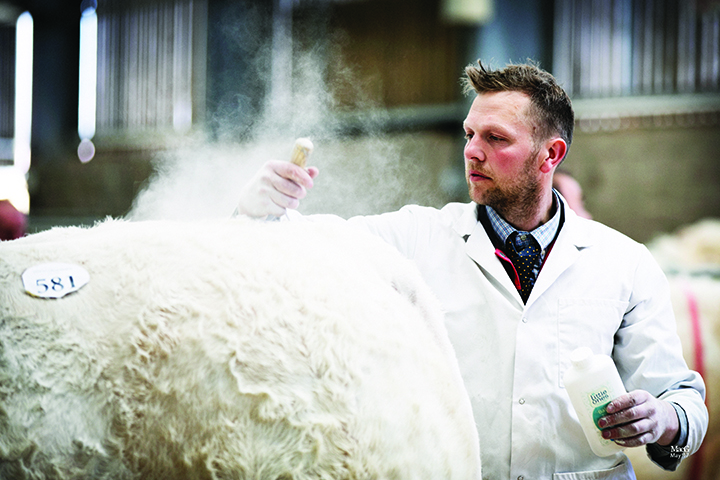