The Charolais is the breed of choice of the Gammie family and forms the backbone of its respected suckler and finishing business in Laurencekirk, south of Aberdeen.

The Gammie family made the move from Kingswells on the outskirts of Aberdeen down to Fordoun, Laurencekirk in 1971 where father Ronald and his three sons Norman, Douglas and Alastair now farm four units at Hatton Mains, Mains of Gallery, Davo Mains and Easter Tulloch. 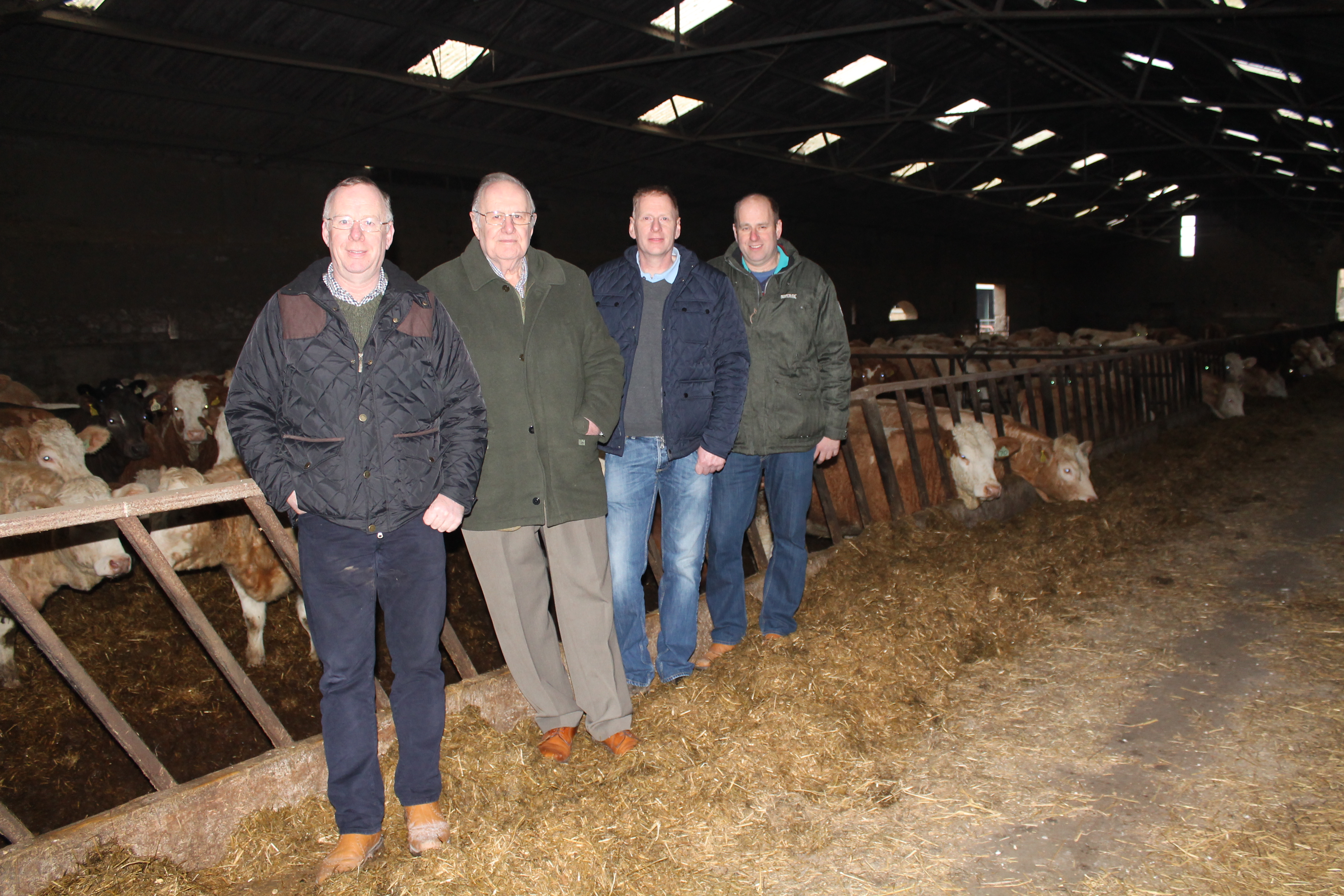 An acreage of 2450 is farmed, with 1100 owned and 1350 farmed under contract. In addition to the 705 acres of grass, a mix of crops is grown including winter barley for feed and this year, field beans will be grown. Wheat and oil seed rape are both sold along with spring barley destined for the malting market.

Mains of Gallery and Davo Mains were best known as dairy farms until the herds were sold in 2002 and 2006 respectively but the suckler herd had been established and cattle finished for a number of years before that.

“We had always finished cattle and set up the finishing unit at Mains of Gallery when we stopped dairying.” says Norman. In the intervening years, the suckler herd has been built up to 400 cows with 150 at Davo Mains and 250 at Easter Tulloch and approximately 1800 head of cattle are finished annually.

Cows are predominantly Simmental or crosses, using Aberdeen Angus or Simmental bulls on heifers. However, the one constant has been the Charolais breed and the business now runs 14 bulls and 90% of calves produced are to the Charolais.

Bulls have their feet checked and trimmed at the end of the year and then receive Harbro Bull Fertility supplement for four weeks before being put to work. Bulls go in with the cows and calves in the last week of March and are kept inside for three weeks.

“We get a much better conception rate because they are not having to chase them round a field. They’ll cover a lot more cows with an 85-100% conception rate first time round” says Douglas.

Bulls come from a number of different bloodlines but one bull in particular, Carscreugh Hernando is readily praised by Alastair as his attributes have shown through well in his calves.

“He is breeding well and has produced good, lengthy calves. He moves well on his feet and is a real stock getter” says Alastair who runs the suckler herd with Douglas.

“His second crop of calves are coming through now. He’s very active and keeps his condition really well” added Alastair. Advocates of the Charolais breed, they all share the view that you cannot beat the breed for carcase weight and speed of growth.

Prior to calving the cows are fed on a ration of silage, draff and Super Suckler SEC minerals with access to ad lib straw. They get extra protein once they have calved, adding some blend and barley to their ration. Access to the same mineral continues over the summer at grass.

The herd is all spring calving beginning in mid-January and this year, two thirds of the cows were calved by mid-February.

“Cows and calves get turned out at the first flush of grass” says Douglas who is based at Davo Mains. “The cows get a flush of milk and by this stage the calves are big enough to take advantage of the increase in milk and are also big enough to nibble at the grass.”

With them being born early in the year, calves are wormed in mid-August and the brothers have seen a big difference in the health of the calves. “Some are bothered with hoast and lungworm which can lead to pneumonia and this practice has helped to reduce stress in our calves” says Douglas.

Calves are creep fed from an early age and right through the summer. “They don’t eat much but it encourages them and they get used to it.”

They move to a rearer ration of 16% protein Beefstock in June at around 4-5 months of age until weaning around 10th October. Stots are weaned first and moved to another farm where they are vaccinated and wormed according to the animal health plan. Heifers are clipped, receive their animal health treatments and are left with their mothers for a further five to six days. Cows are then turned out weather permitting.

Up until 2015, all males were kept entire but last year all male calves were castrated. “Our bulls were finishing at heavier weights so castrating them has been beneficial because of the weight restrictions. The market doesn’t want bull beef and you’d struggle to keep them under 400kg at 12 months.” he added.

“We’ve just sorted out the feeding rations for these stots and it will include Maxammon barley, beans, Harbro blend, draff, silage and Harbro Beefmax minerals with Rumitech and Yea-Sacc” says Douglas.

Once the heifer’s frame has been grown, the diet is adjusted, lowering the protein level and increasing the starch to increase the muscle area and the carcase weight.

A great deal of work is put into the diets, tailoring them to suit the genetics and management of the cattle and the family work very closely with David Mackenzie of   Harbro.

Eldest son Norman runs the finishing unit at Mains of Gallery and he purchases 1300-1400 head of cattle from Thainstone, Inverurie, Quoybrae in Caithness and across the Pentland Firth in Orkney.

Cattle are bought all year round so that there is a constant product with ABP, Perth being their main buyer. “You need to keep going over the summer to be able to get that rise in price” says Norman.

“Of the cattle bought 80-90% are Charolais crosses and 90% are heifers but whether a stot, a bull or a heifer, the Charolais give you the heaviest weight at the youngest ages” says Norman. “It definitely shows in the kill sheets when you put them away.” 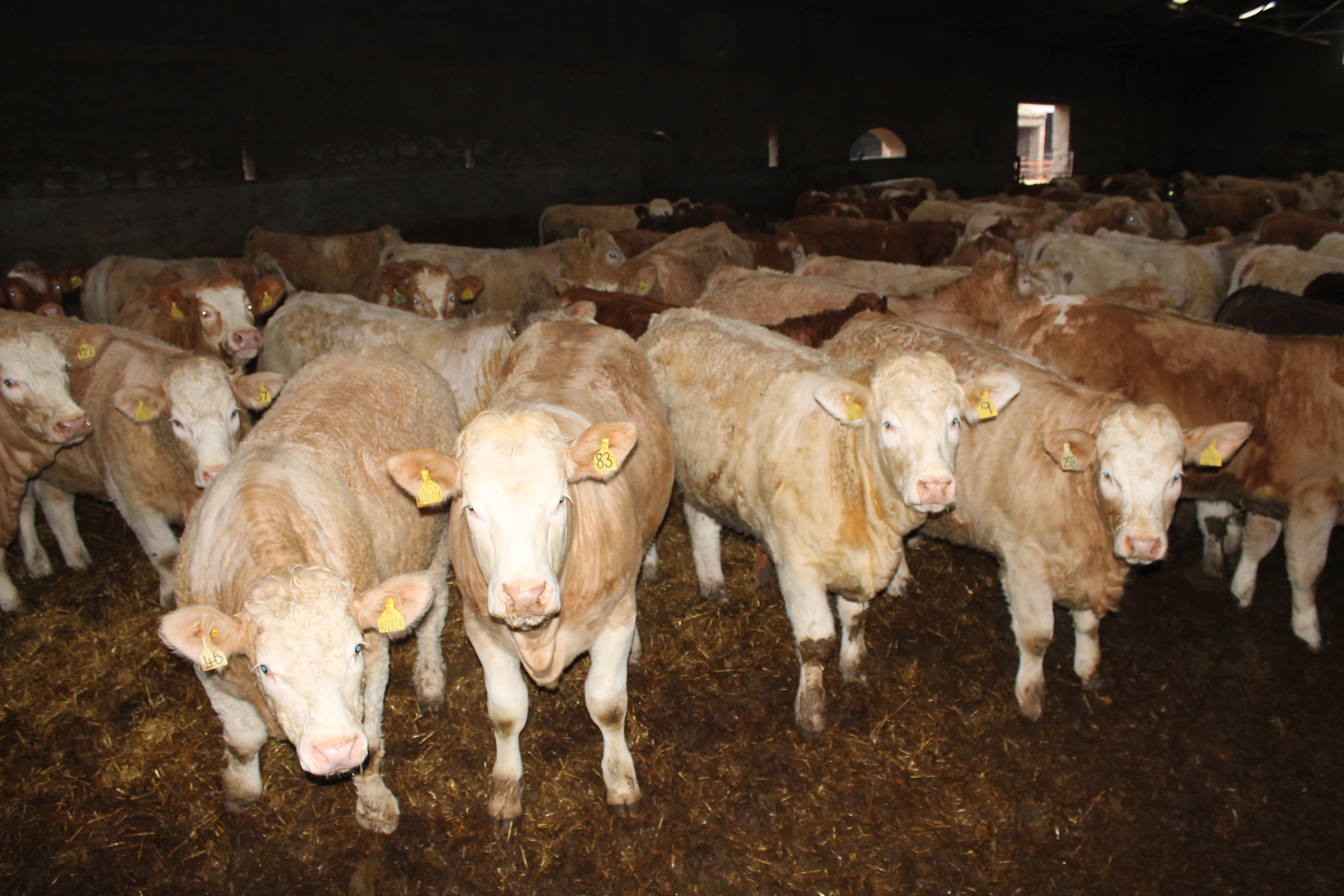 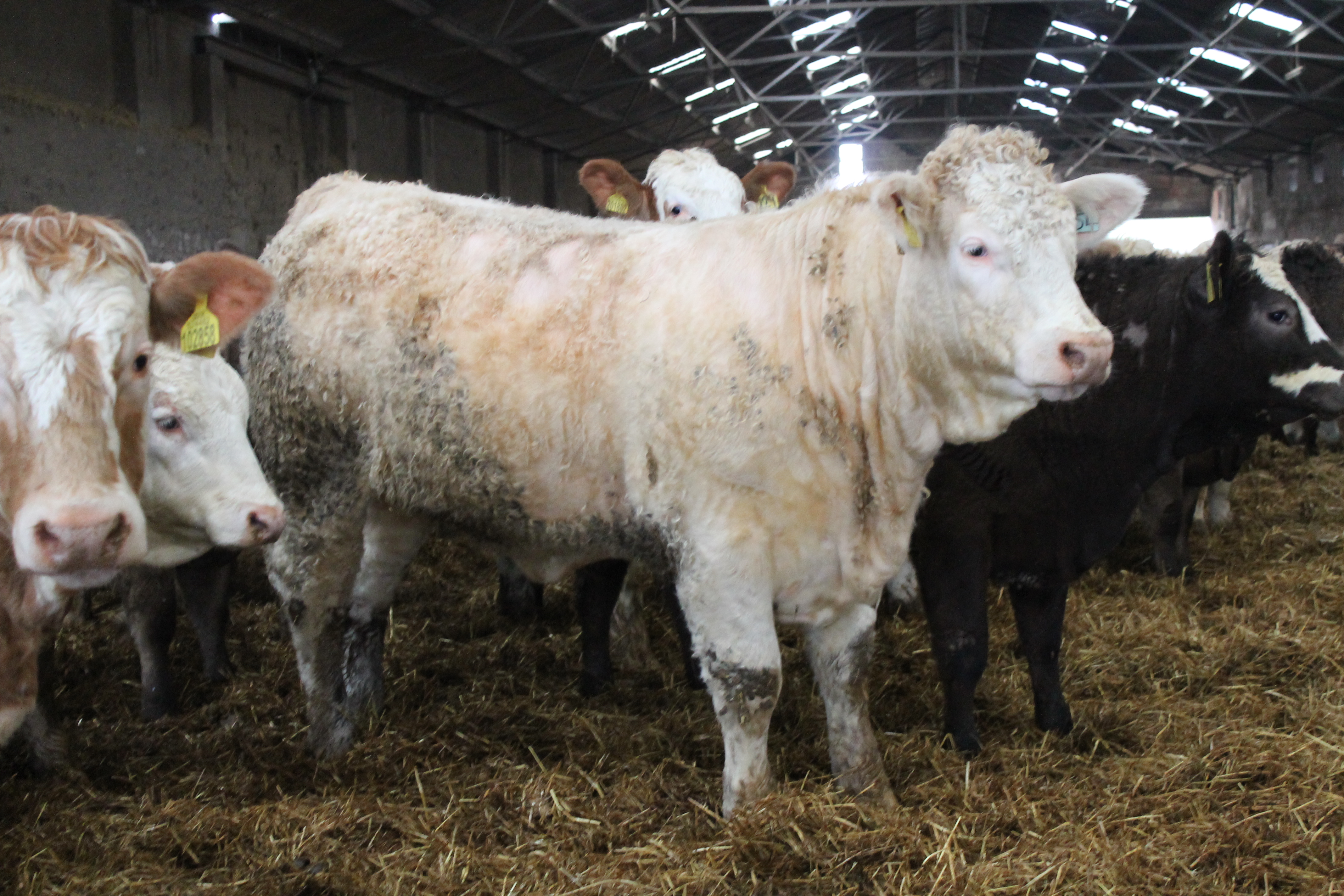 WHAT A PARTY! » « Peter Phythian joins the Charolais Society