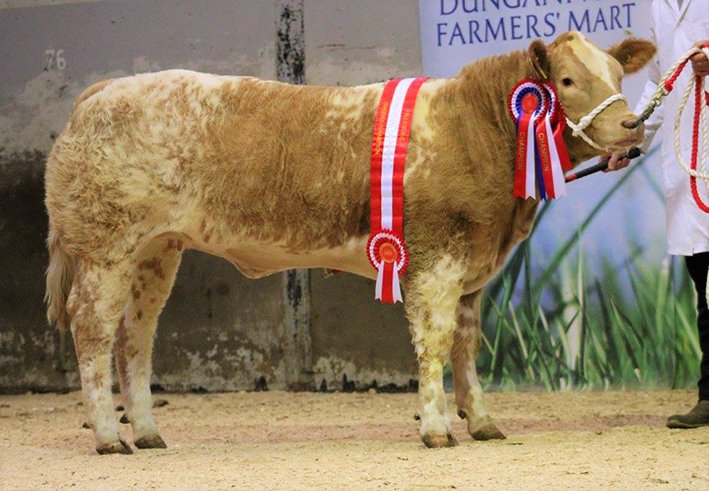 A Charolais heifer from the Veitch Family Lisbellaw County Fermanagh, took top honours at the Northern Ireland Star of the Future Commercial Show in Dungannon and went on to secure the top price of the day.

The heifer born in April 2016 weighing 440kg, first won the Charolais championship and is sired by Ashleigh Admiral out of a Lim x BB cow. The heifer is a full sister to the commercial Charolais show champion in Fintona 2014.

Blair Dufton from Aberdeen was the master judge and when picking his supreme champion, commented “I wanted an animal which was well fleshed, well balanced, and walking properly with lots of potential for summer shows and Christmas. This was a real top of a heifer”.

Mr Dufton went on to purchase the mighty stylish calf to take home to Aberdeen for a top price of £3,400. Brigadoon Charolais sponsored the Charolais section and were delighted to see the Charolais sired heifer winning the supreme champion and selling for the top price. 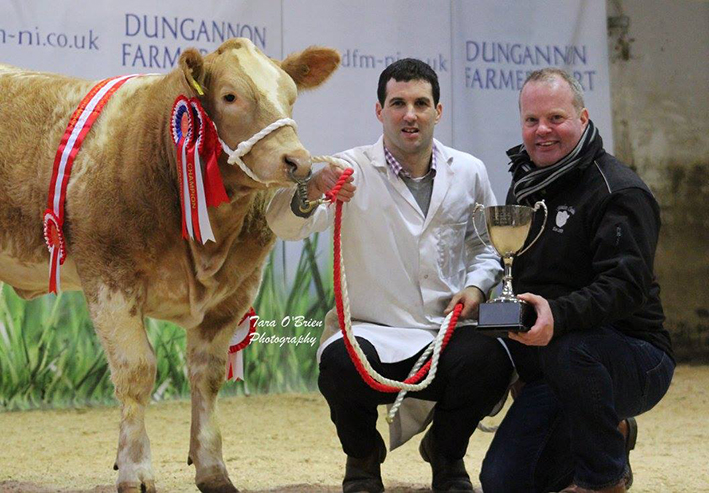