The Sackville herd, owned by father and son team Brian and Peter Heath from Hartfield in East Sussex, has been recognised by AHDB Beef & Lamb as the Most Improved Herd of Charolais cattle in England for 2016. 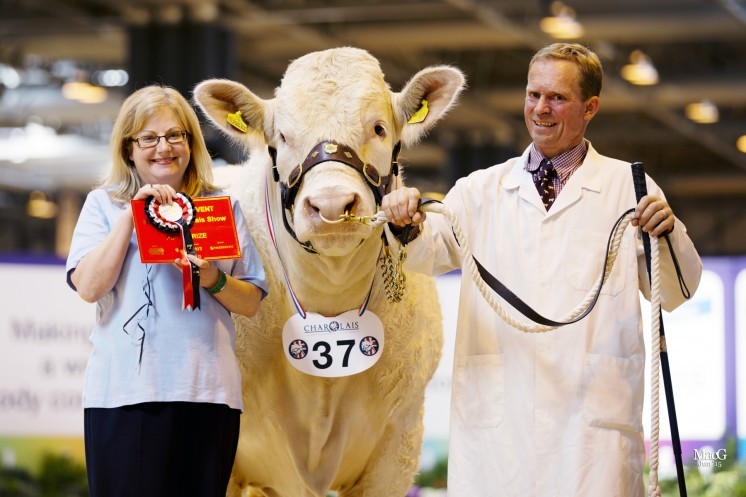 The award is presented by the AHDB Beef & Lamb Better Returns Programme (BRP) to the recorded herd that shows the greatest genetic gain for commercial characteristics over a 12-month period. There is a separate award for each of ten UK breeds.

The Heath family have been at Culvers Farm since 1976. Brian and Peter look after the cattle together alongside Peter’s foot trimming business. They originally had a cross-bred suckler herd but were keen to develop their own pedigree herd of Charolais cattle and purchased five cows in May 1995 from the Warninglid Herd and one cow from the old Lamberhurst herd.

Through the use of artificial insemination (AI) they were able to access a number of high-index bulls from herds such as Blelack, De Crepigny, Maerdy, Dingle, Balthayock, and Doonally. Heifers have been retained from these bloodlines and the herd is maintained at around 15 breeding cows.

Peter said: “The herd has been performance recorded from the outset. We believe the figures help with management and breeding decisions, providing valuable information showing how our herd compares to others.”

Peter attends a number of local and national shows in order to promote his herd and the genetics available.

“Our cattle are regularly handled and the shows provide a valuable window for future sales” Peter said.

“Farming on clay land means our cows are housed over winter from November until the beginning of May, with the majority calving in the spring.

“We started selling through the pedigree sales in 2000 and we continue to sell a number of young bulls each year through the February and October sales at Stirling, Carlisle and Welshpool,” Peter explains.

“We sell mainly bulls and some surplus females are sold as in-calf or bulling heifers.”

Homebred Sackville Sapphire, a big strong cow with good estimated breeding values (EBVs), won the Royal Show in 2004. She produced a bull named Sackville Adonis who has gone on to sire many great bulls that have done very well. They have since flushed her to maximise her genetic potential within the herd.

“With the market conditions changing recently, the store cattle trade is lucrative,” Peter said “In my opinion, the breed’s size and growth rates backed up by EBVs mean the Charolais can command a premium within the store trade.”

Brian and Peter use EBVs to select for animals with superior growth rates, while maintaining ease of calving.

“Our customers are switched on and gain assurance from the figures behind the animals. There must always be a careful blend of using the figures to suit the management system while not ignoring the traits of the Charolais breed,” Peter concluded. 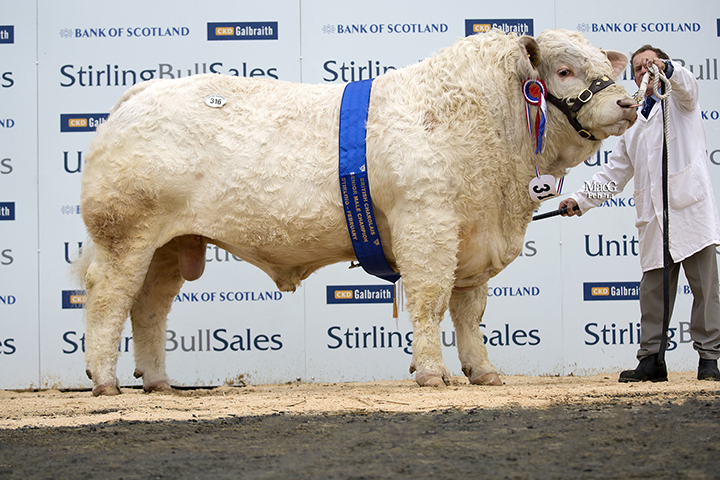 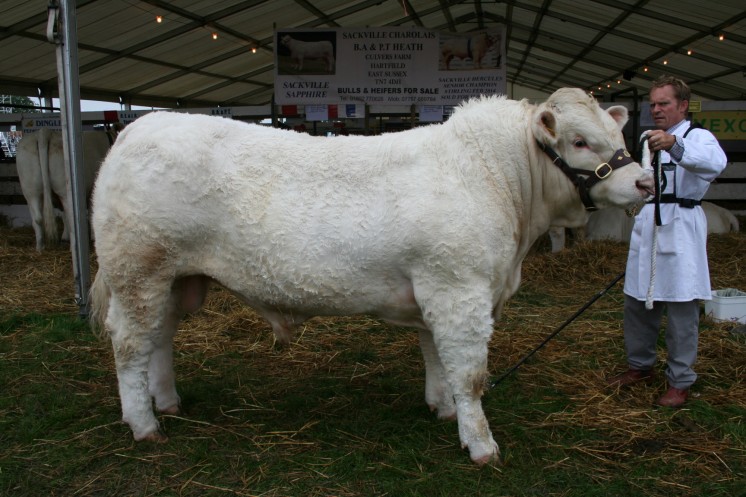 Sackville Jeronimo with Peter Heath, sold for 3,000gn at Stirling 2015