Bang Tidy, an 18 month old Charolais cross heifer scooped the supreme Smithfield championship in Peterborough, on Thursday 5 December. Exhibited by Drew Hyslop and his partner, Katie Davidson of Haugh of Urr, Castle Douglas, Bang Tidy was ‘as close to perfect as you’re ever going to get in a show ring’ according to judge, Archie MacGregor. 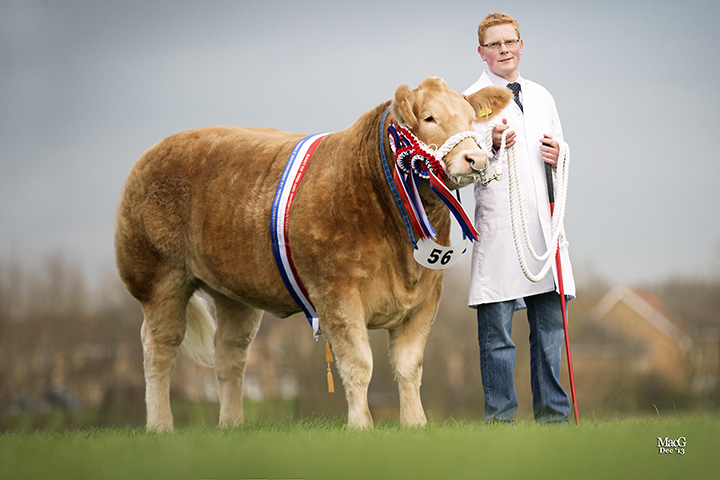 “This heifer has everything – a great carcass, length, loin, a lot of breed character and outstanding presence all on a fantastic set of legs. She was presented to the highest standard and is every inch a true Smithfield champion,” he said

Bang Tidy was knocked down sold the following day for £8,000gns to Robert and William Woodward, Bowood Yorkshire Lamb, on behalf of Harrods.

Sired by Glenrock Eiger and tipping the scales at 602kg, she was purchased in a private deal earlier this year from Hugh and Lynne Dunlop, Ochiltree, Ayrshire who had already bred three supreme Smithfield winners. Bang Tidy was no stranger to the ring having stood second place in the Charolais sired class at Agri-Expo, and at the Scottish Winter Fair she headed the heavy weight heifer class.

Mischievous, another Dunlop bred Charolais cross heifer by Glenrock Eiger was among the winnings heading the light weight Charolais heifer class before going all the way to the overall junior championship. Exhibited by Katreen Millar and Craig Malone, Port of Menteith, Stirling, she was secured for £2,800 in Cally Marts and on Thursday weighed in at 568kg. 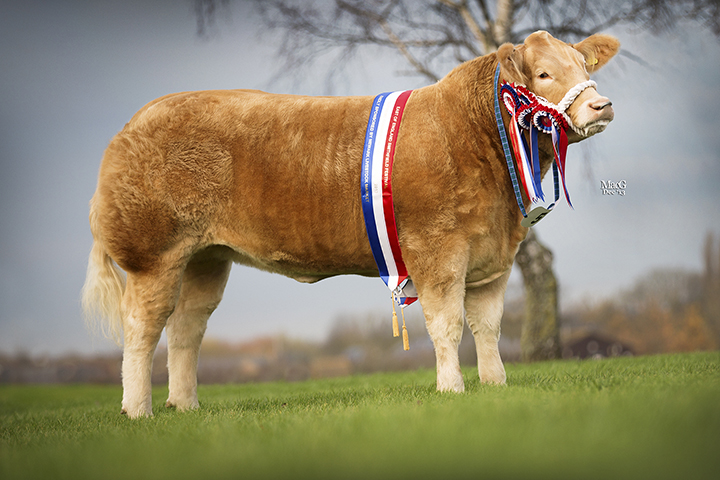