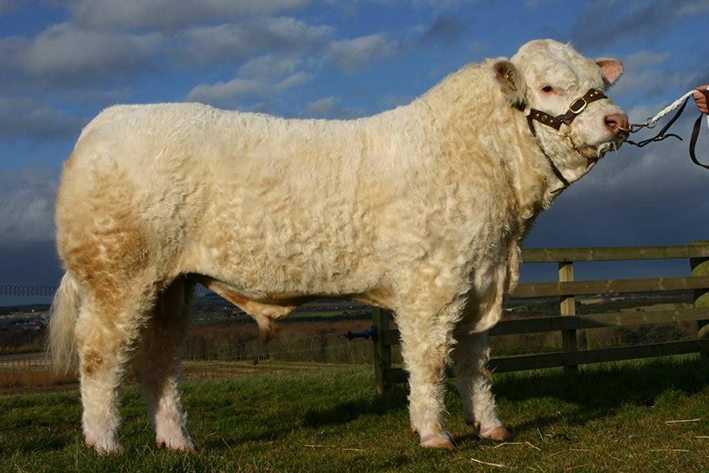 Flintshire Vet and renowned Charolais breeder Esmor Evans is delighted to announce that he has recently sold the 18-month-old, Charolais bull Maerdy Morwr from the farm gate for the impressive sum of £25,000. This is the thirteenth bull to have been sold for £25,000 or more from the Maerdy herd.

Maerdy Morwr is a son of the home-bred Maerdy Dynamite who has sired more than 170 offspring in Esmor’s Flintshire based herd since 2011. His dam Maerdy Fee is sired by the French-bred Victorieux who was imported by Mr Evans in 2006, who has eight bulls forward for the Stirling on the 20 February.

David Stubbs of AJR Farms purchased Morwr for his Ellon-based, 39 strong Newlogie Charolais herd. Mr Stubbs who is new to pedigree Charolais breeding, only joined the society in August of last year after purchasing the Logiestate herd of M Bruce and Partners. Maerdy Morwr, picked out by renowned stockmen Andrew & James Reid, is a very correct bull with tremendous presence and breed character who brings new bloodlines to the herd.

The farm is keen to expand their Charolais enterprise and more new additions have come in the way of the recent purchase of three animals from France, most notably Nobel, a young bull by 2016 Paris champion Hatenon. Picked from an impressive pen of calves, including a brother who won at Moulins 2017, Nobel is showing great potential and with his different breeding will undoubtedly have a big influence on the herd in the future. 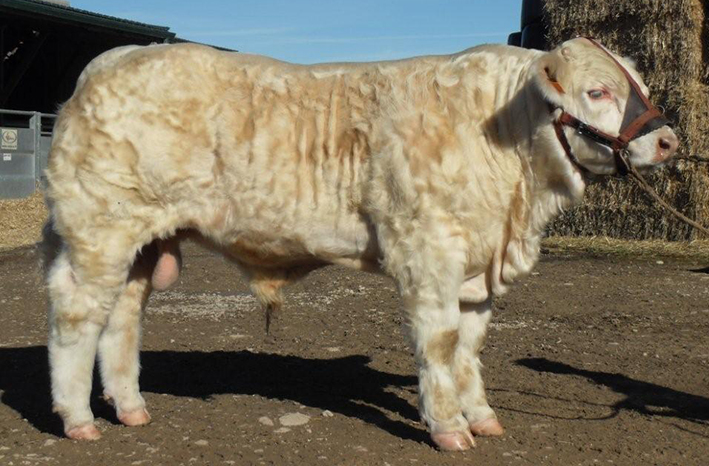 Charolais lead the Spring trade » « Challenges ahead; time to think about your forward Beef strategy.