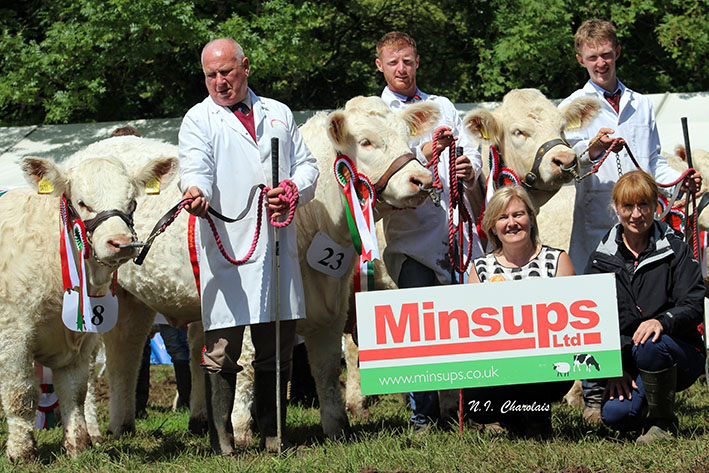 The Northern Ireland Charolais Club was delighted with the large entry of Charolais cattle entered in the MINSUPS Charolais Grand Final at Clogher Valley Show on the 26th July 2017. The cattle entered came from across the whole of the province with several new breeders exhibiting for the first time in the championship. Qualifiers were picked up across the summer shows in a bid to increase numbers for the Grand Final.

Although it was a very wet day Judging got off to a good start the judge for the championship was Chris Currie. Chris is the new chairman of the British Charolais Cattle Society, he is a Northumberland breeder, who farms at Low Burradon, Thropton.

Our MINSUPS sponsor was represented at all qualifying shows; by local representatives as well as Apryl Biddle (managing director) who attended the launch at Balmoral Show and also attended Clogher Valley show along with Carol Mooney and Tommy McKenna. 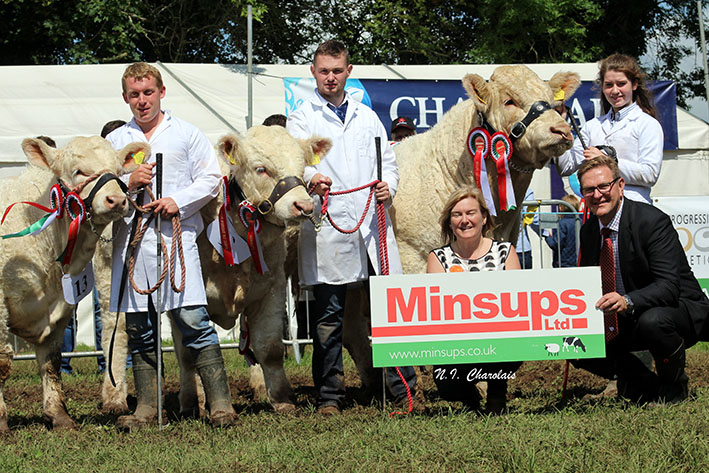 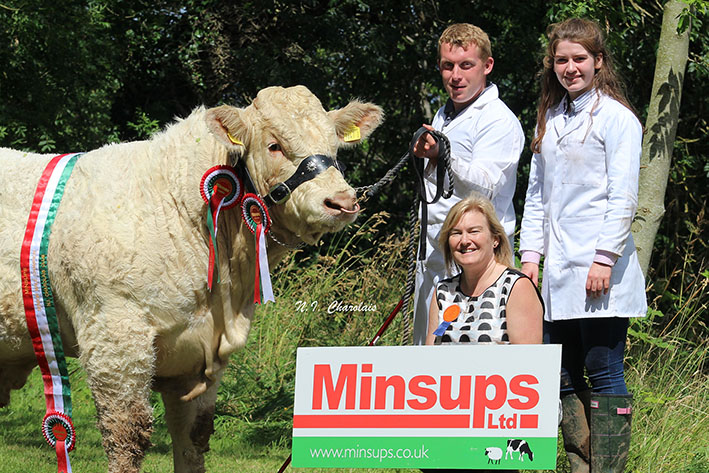 The Northern Ireland Charolais club would like to thank our sponsor MINSUPS for their financial support and attendance at all qualifying shows & the Grand Final; to the British Charolais Society for their match funding of the championship. Thanks to the management of Clogher Valley Show for hosting the final and for all their assistance throughout the championship, to all show co-ordinators; qualifying shows and the press for coverage of the MINSUPS qualifiers and the Grand Final.