There was a steady trade for Charolais at the Northern Ireland Charolais Club sale held in Dungannon on Friday 3 March where the 33 bulls sold topped at 4,900gns with a clearance rate of 77% and a bull average of £2,918.

Prices peaked at 4,900gns for the star of the show who earlier in the day had been awarded the supreme, male and junior championship titles for breeders and exhibitors Harold Stubbs and grandson Alan Burleigh of Crummy, Co Fermanagh. David McIlwaine, Newtownstewart, Co Tyrone was the man with his hand in the air when the hammer went down on the 16-month-old Derryharney Lumberjack, who is sired by the 22,000gns Newhouse Bigal and is out of the home-bred Derryharney Daffodil who goes back to the 15,000gns Carlisle supreme champion Burradon Talisman. 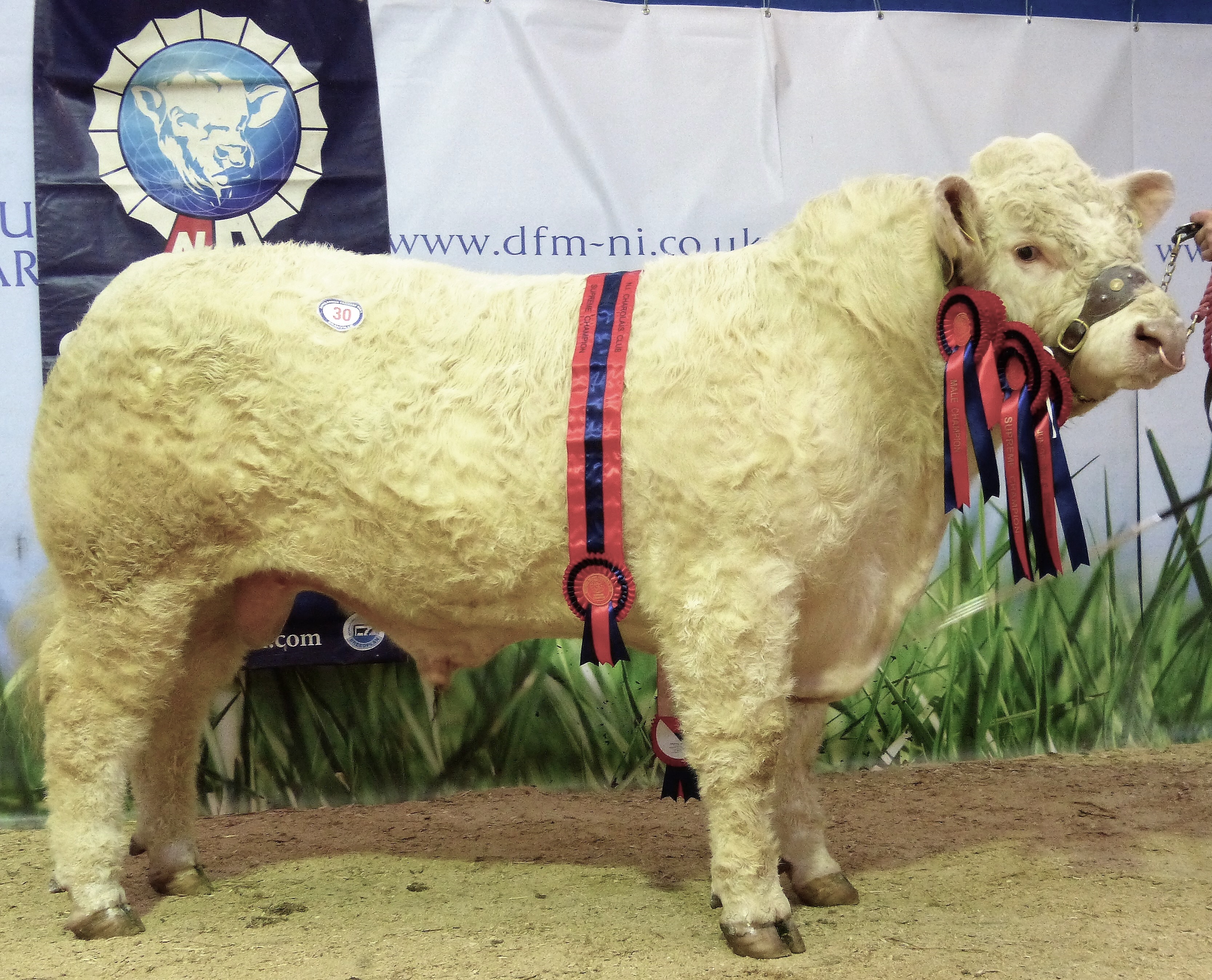 Moments earlier the same vendors had secured 4,100gns for Derryharney Lanzac, who had also been picked out by the judge being awarded a yellow-ticket. This September 2015-born lad also boasts an impressive pedigree being a son of the popular AI sire Goldies Eddy and dam Derryharney Ipad, a daughter of the 10,000gns Perth supreme champion Thrunton Bonjovi. He goes on to work for Ian Smyth in Castlewellan, Co Down. 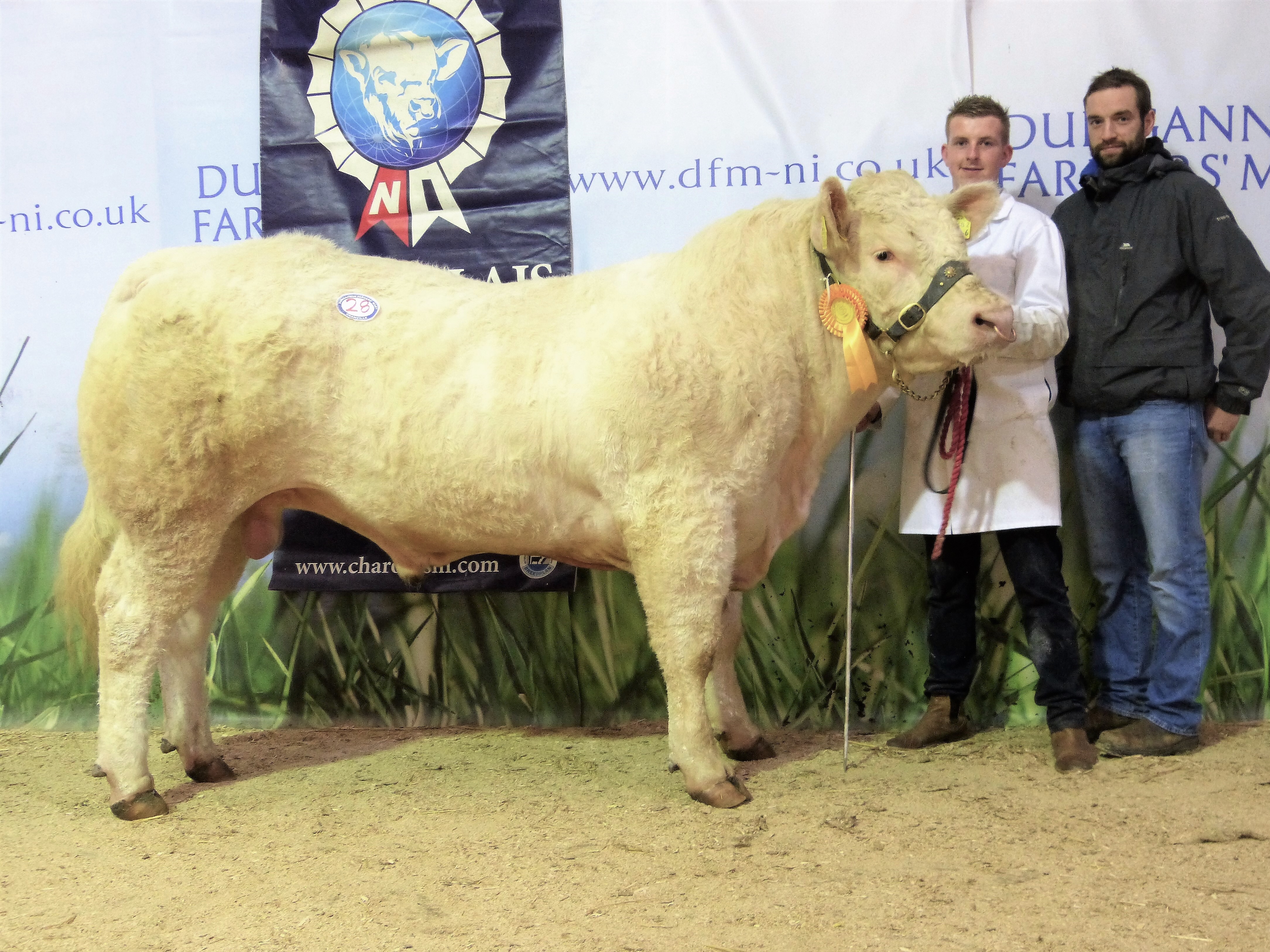 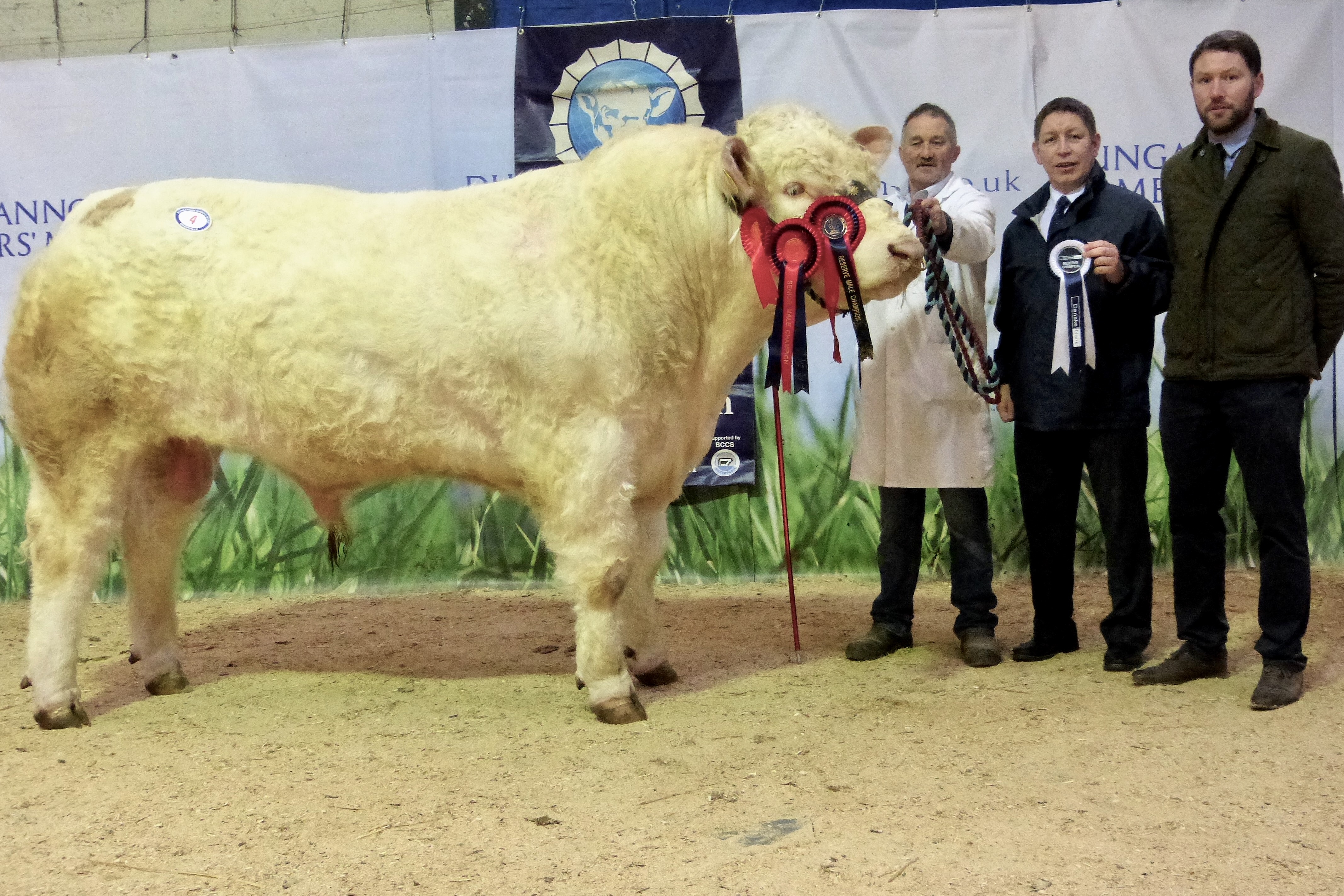 Two bulls were knocked down at 4,000gns the first being the reserve supreme champion from Brian Quinn, Dungannon, Co Tyrone. Hillview Limitededition who had already been successful in the show ring being placed first in his class at last year’s Pedigree Calf Fair, was purchased by ED Sherrard, Belfast. The August-2015-born Limitedediton is out of the Dungannon female champion Ballyreagh Eilsa who goes back to the 18,000gns Perth intermediate champion Fury Action and is sired by the aforementioned Inverlochy Ferdie. 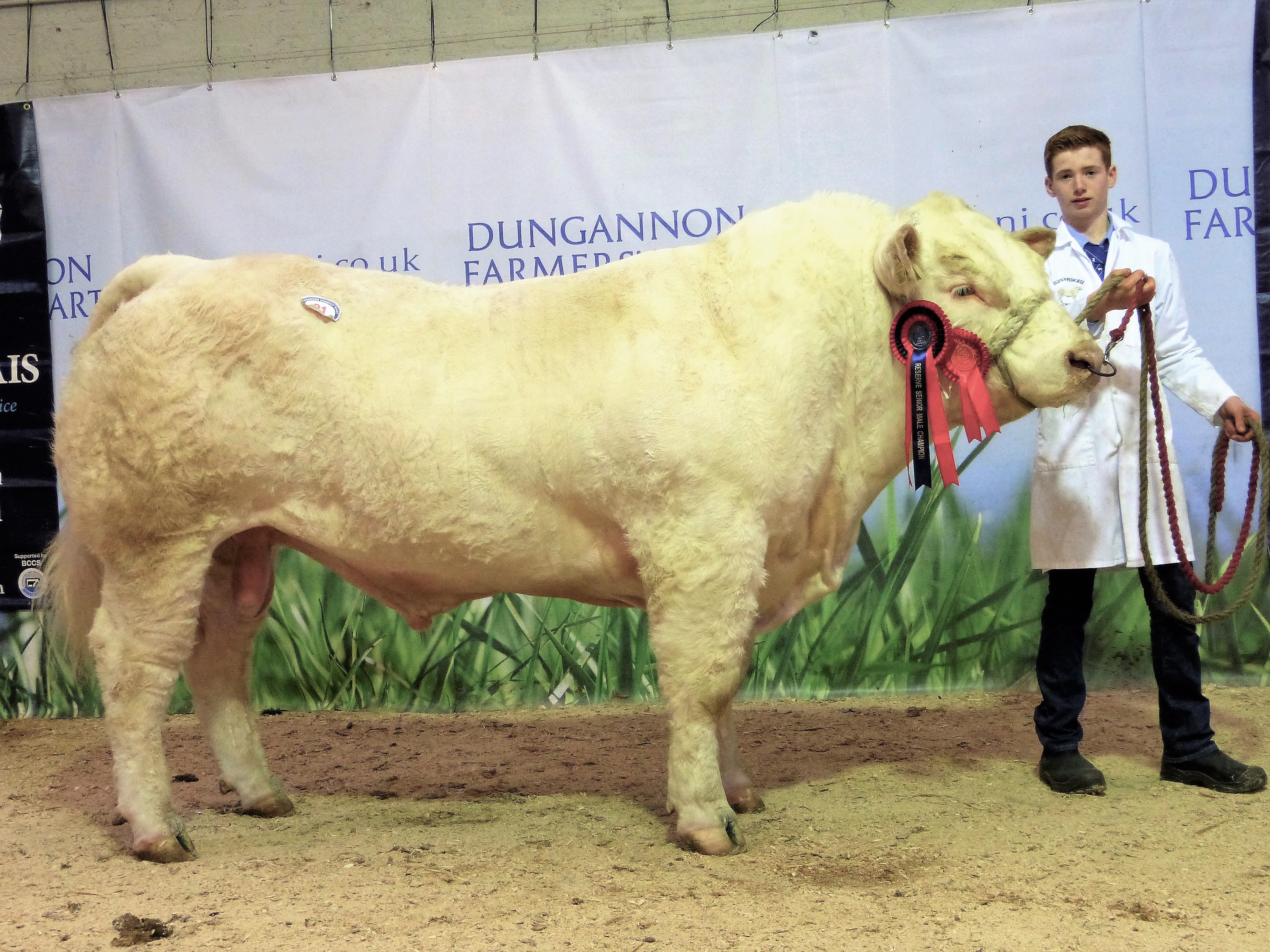 Marcus Smyth, Coleraine, Co Derry was another buyer to bid to 4,000gns this time for Woodpark Leroy ET, a 16-month-old son of the 30,000gns Dingle Hofmeister from Will Short, Omagh, Co Tyrone.

Just behind and commanding a 3,000gns bid from Adrian Wilson, Ballymena, Co Antrim was Burnside Lordalmighty who is sired the by 16,000gns Stirling junior champion Clyth Diplomat, while the dam is Sandelford Deva, a heifer by the 14,000gns Goldies Usher. The December 2015-born Lordalmighty was awarded a blue-ticket in the pre-sale show and offered by Brian McAllister and Son, Kells, Co Antrim.

Leading the bids for the females at 3,500gns was the blue-ticket winning Battleford Lady from Bartley Finnegan, Dungannon, Co Tyrone. The June 2015-born Lady sired by the 70,000gns Royal Welsh supreme champion Barnsford Ferny and out of the Scottish-bred Balbithan Vespasian daughter Blelack Cerise was knocked down to Kenny Preston, Omagh, Co Tyrone. 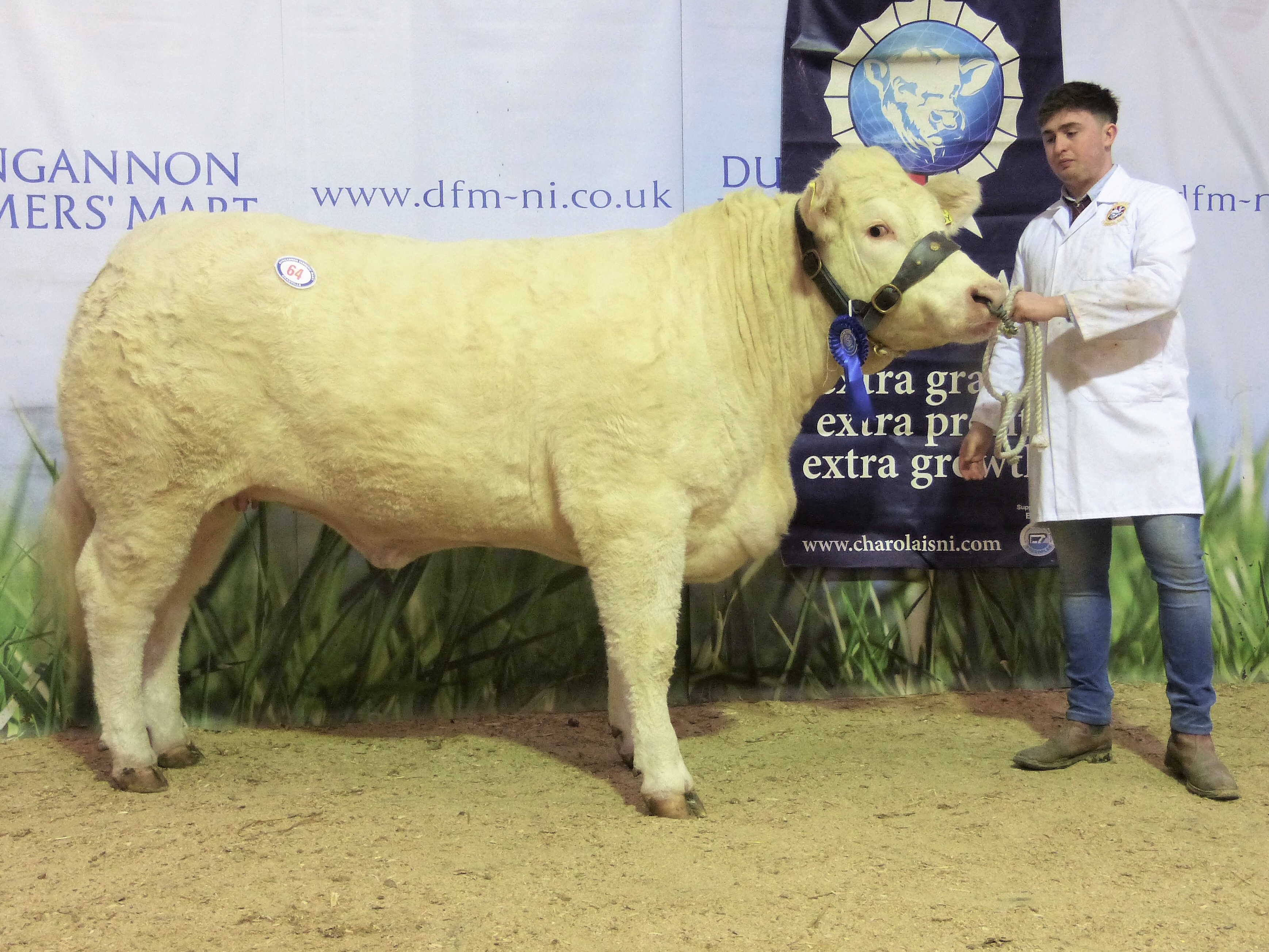 Just behind at 3,400gns was the female champion Dartonhall Julie a November-2014-born entry from John Erskine, Killylea, Co Armagh. The man behind the money on this 19,000gns Perth reserve junior champion Corrie Alan daughter was Martin Donaghy, Dungannon, Co Tyrone. 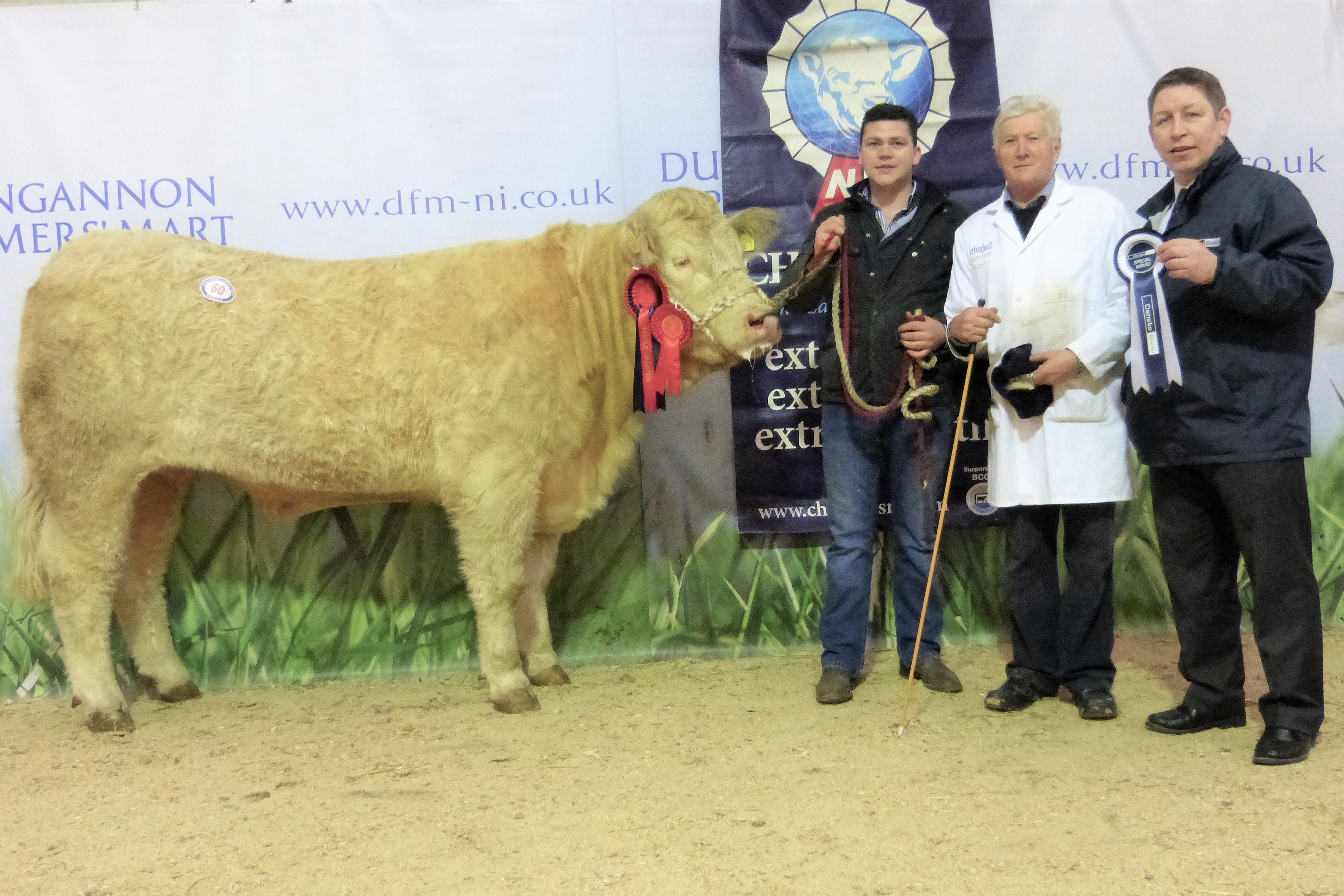 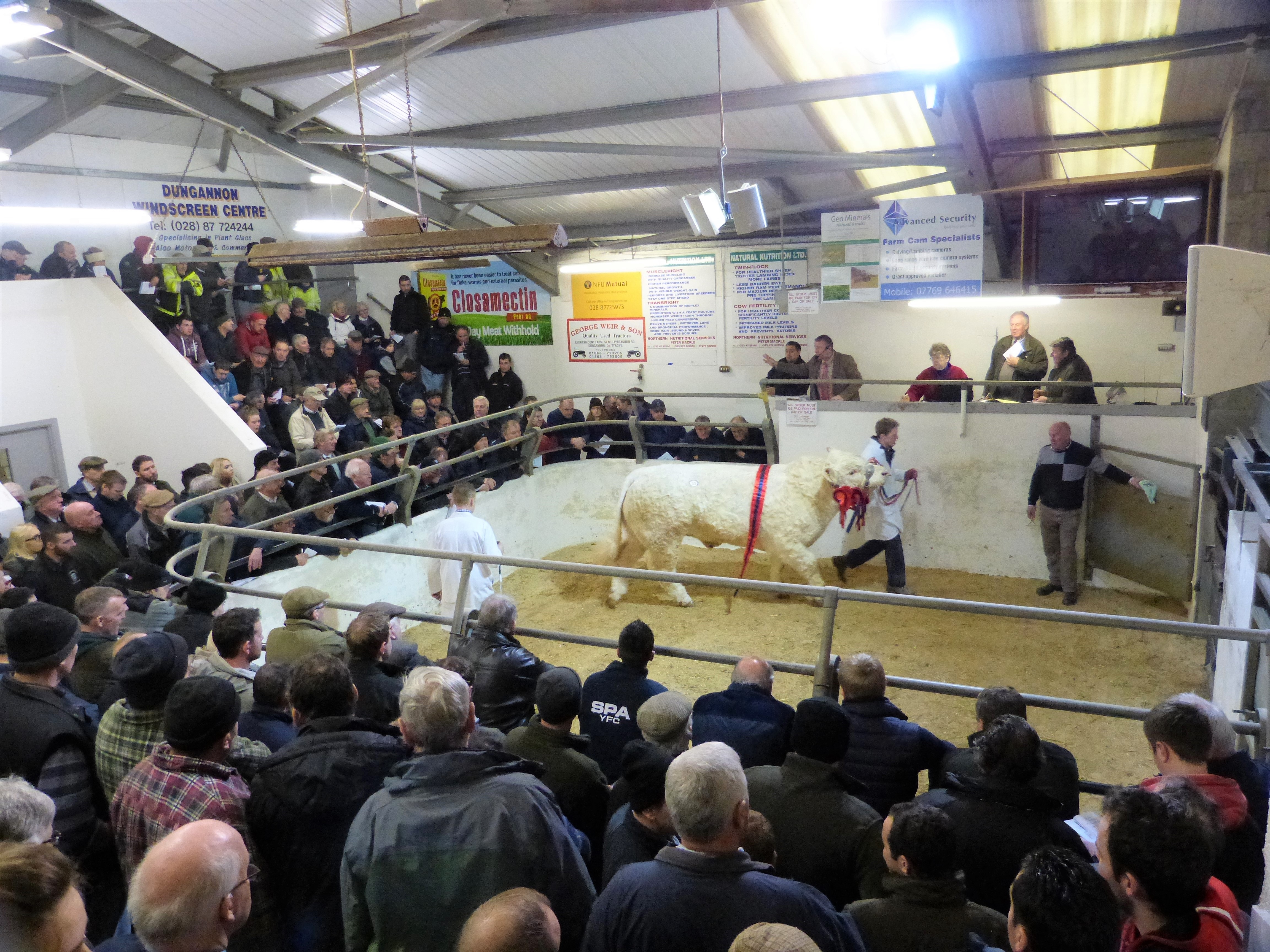 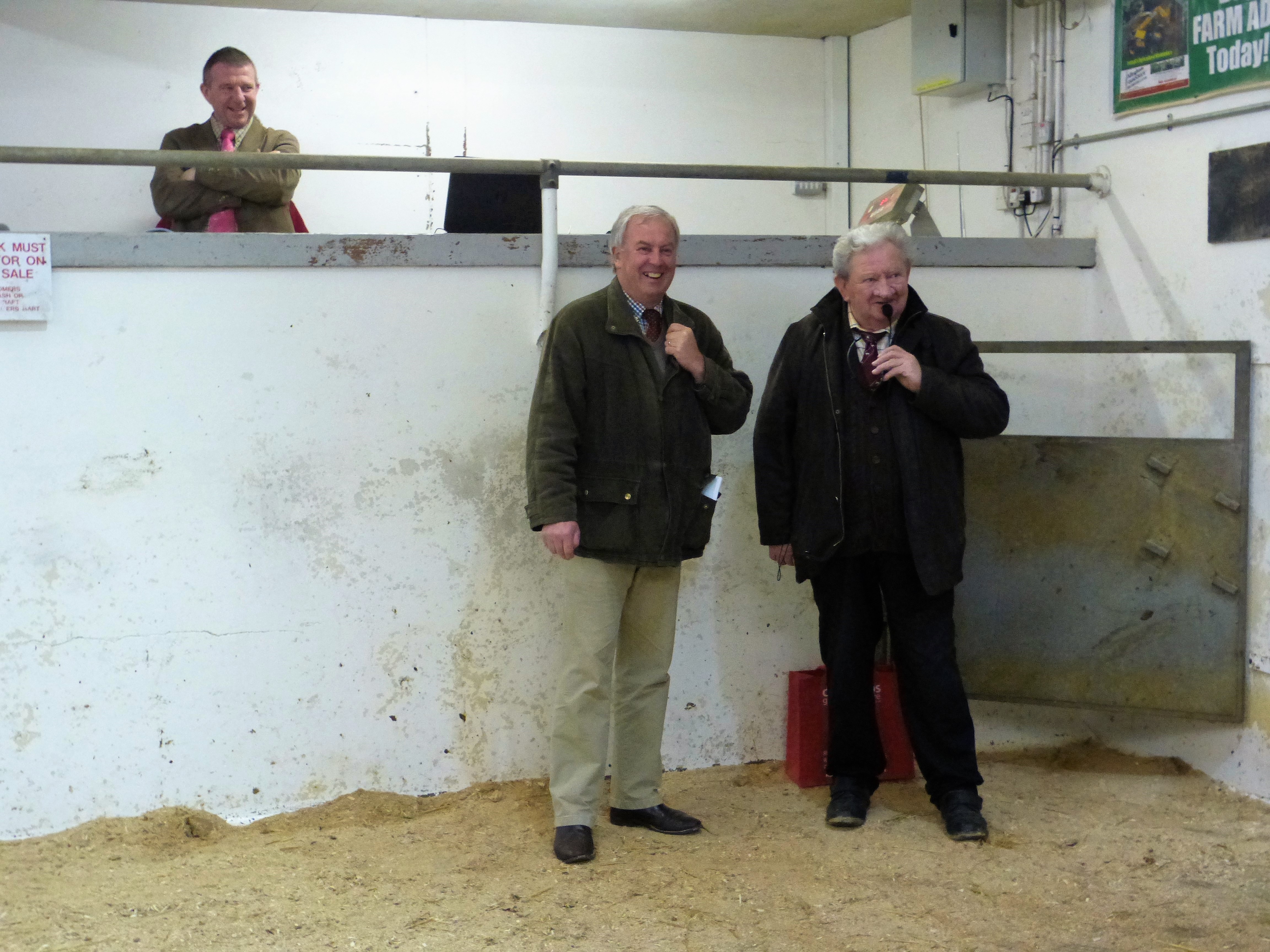 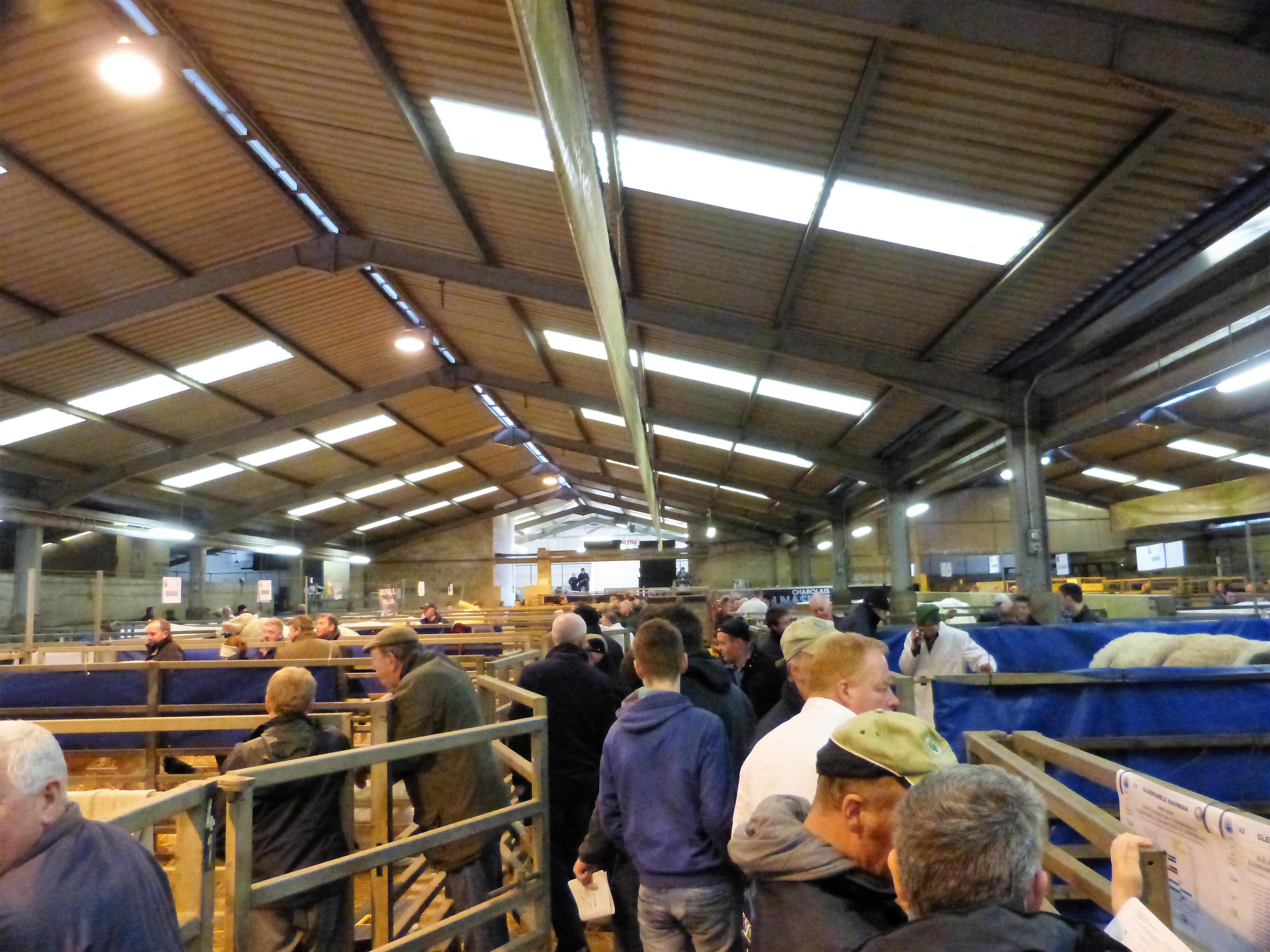 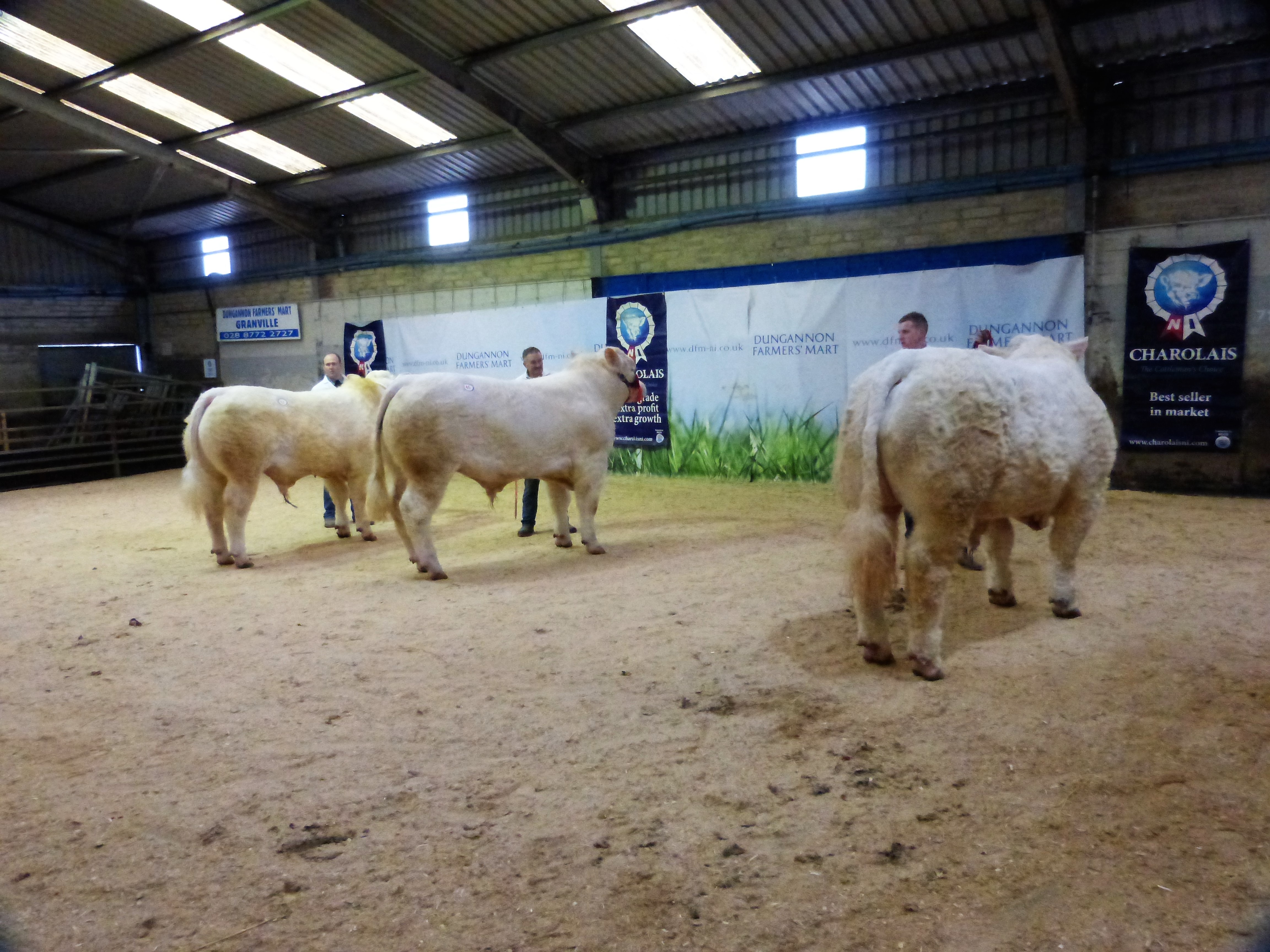 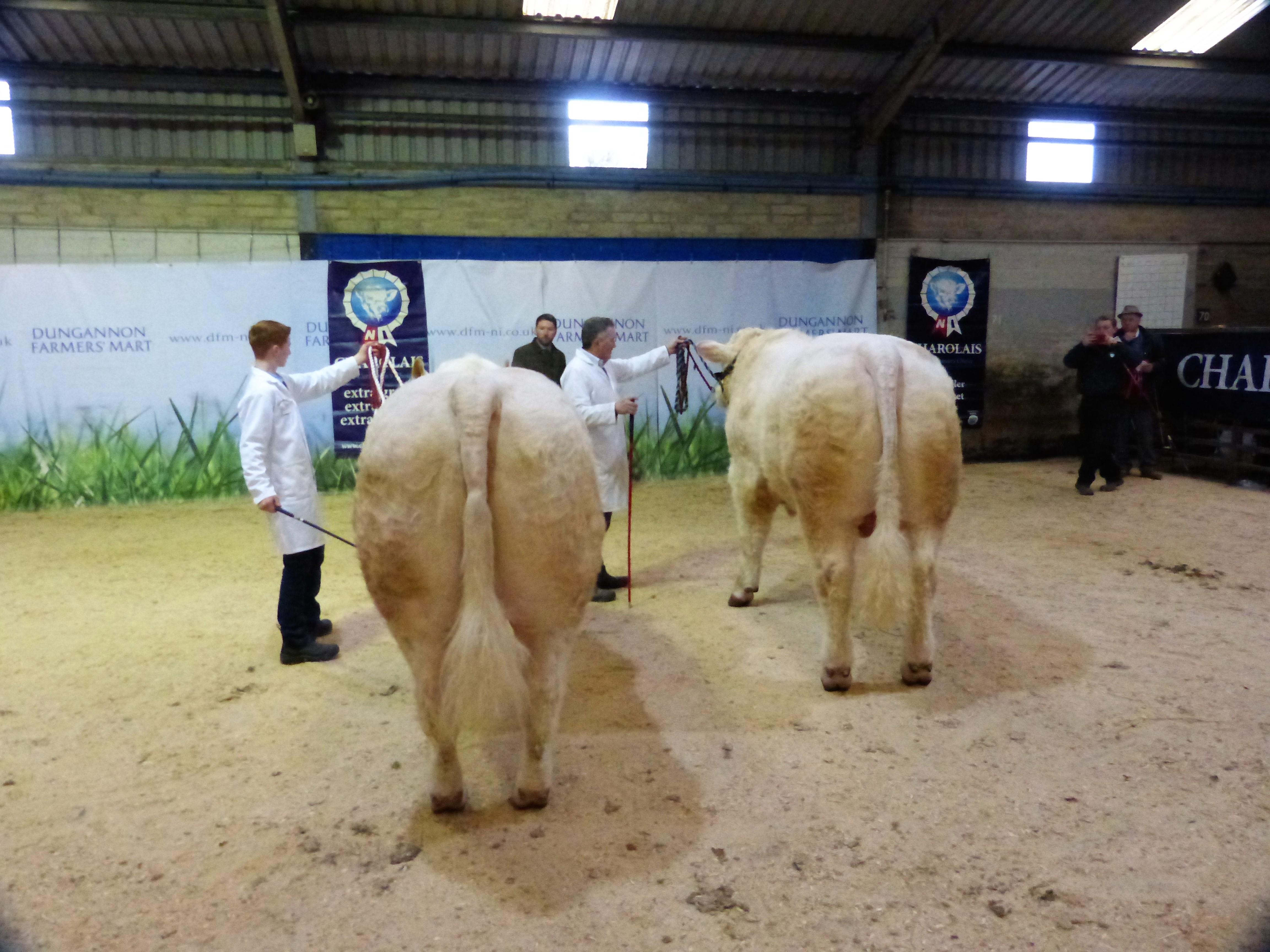 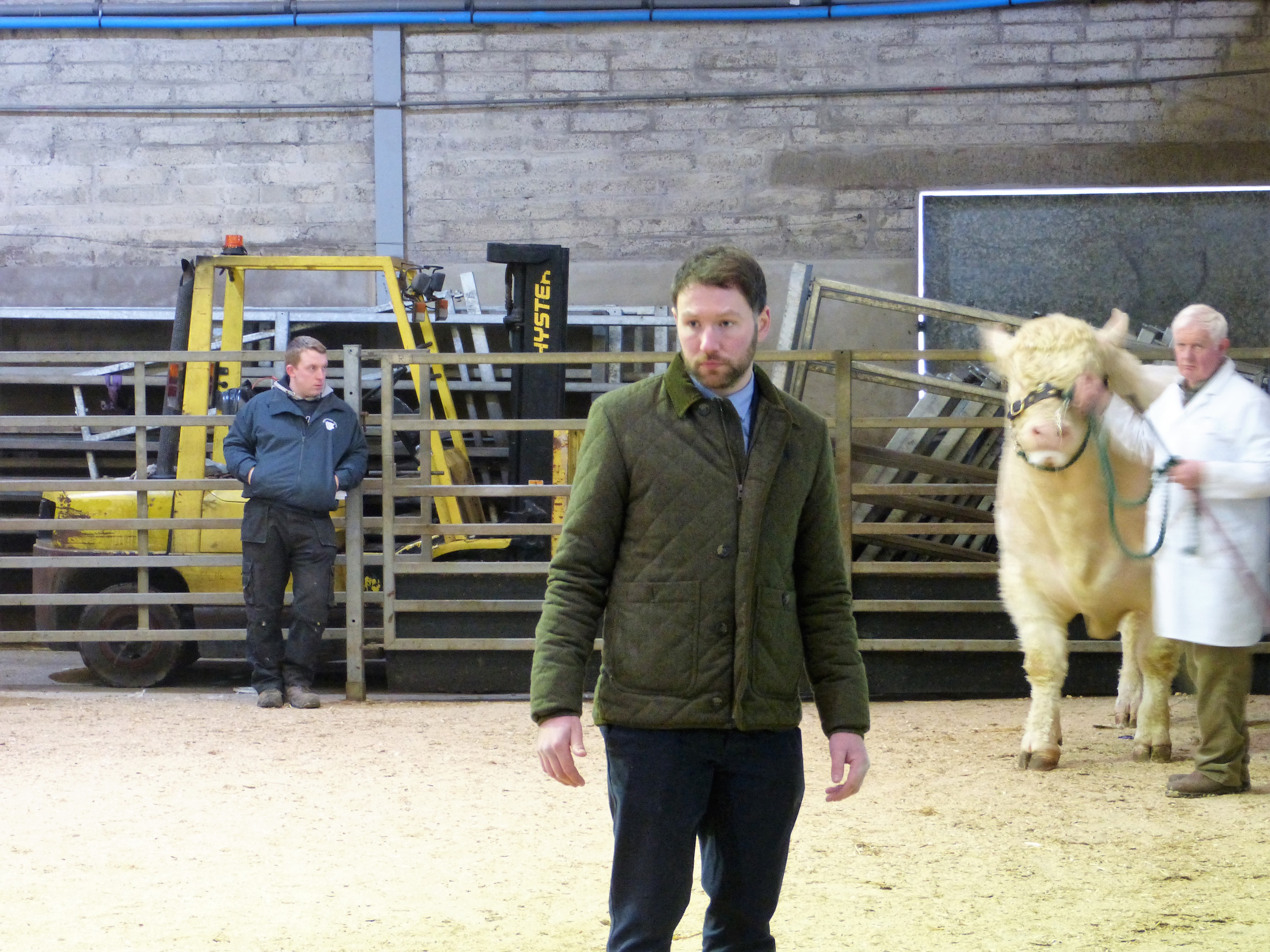 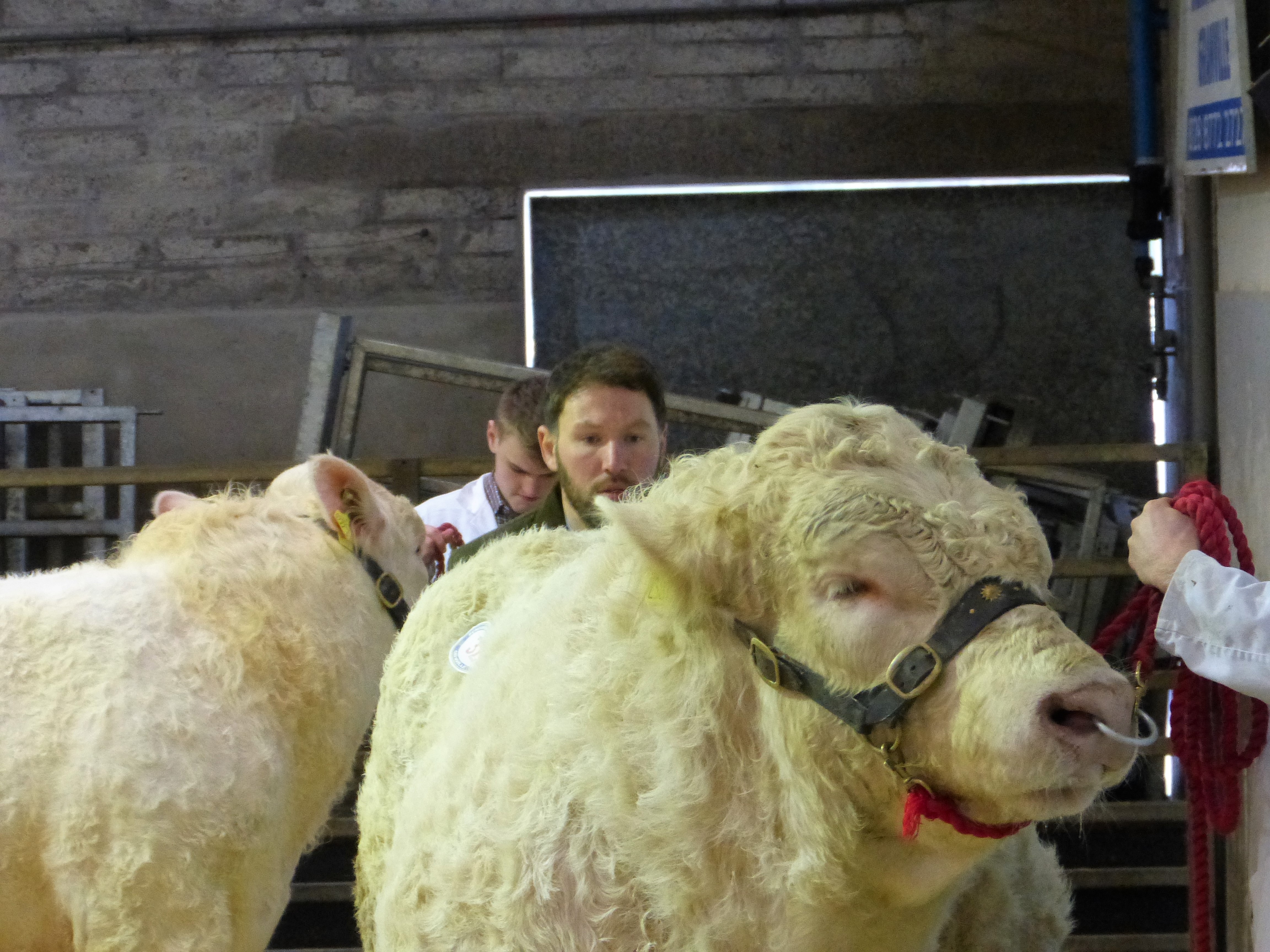 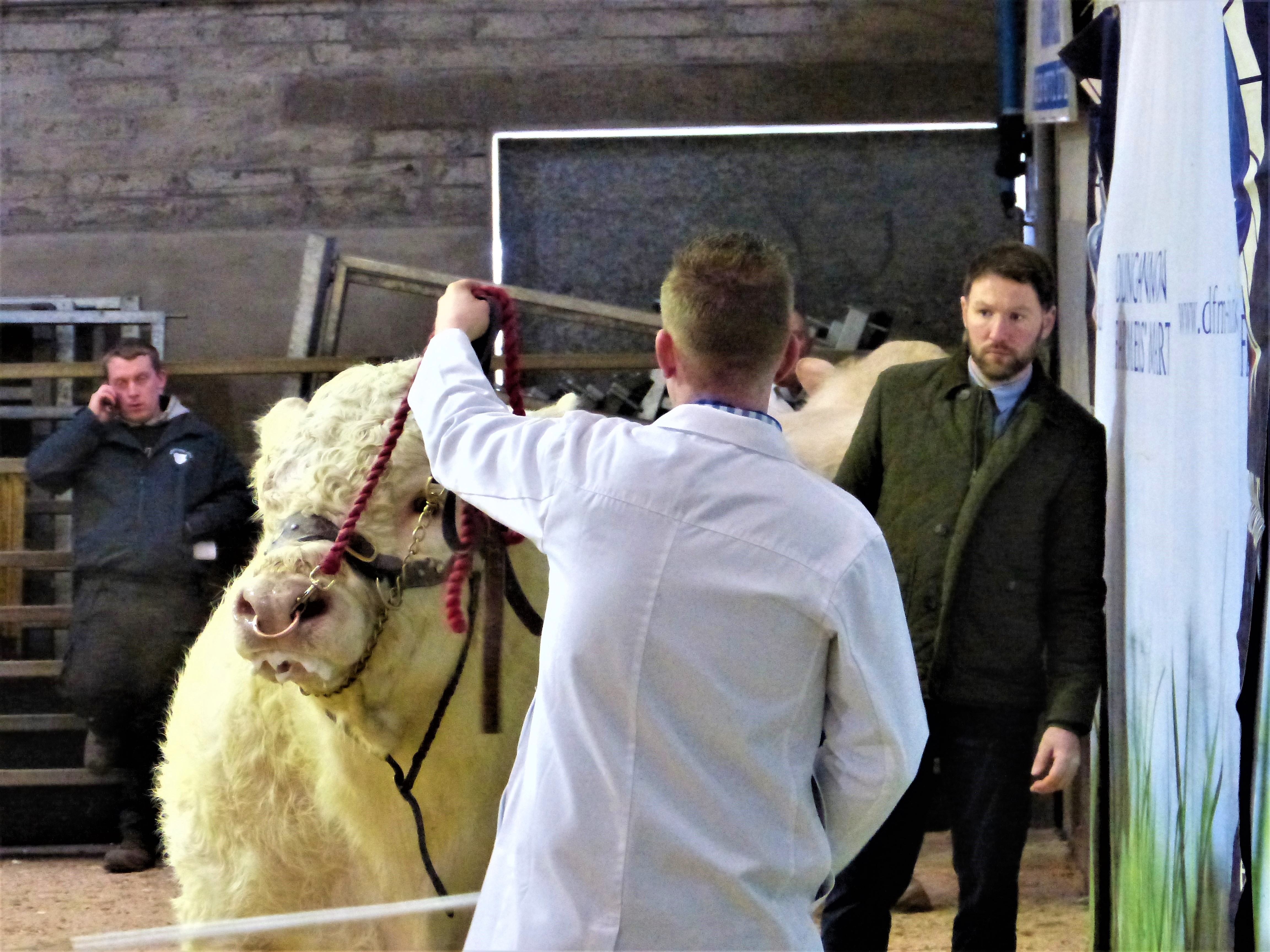 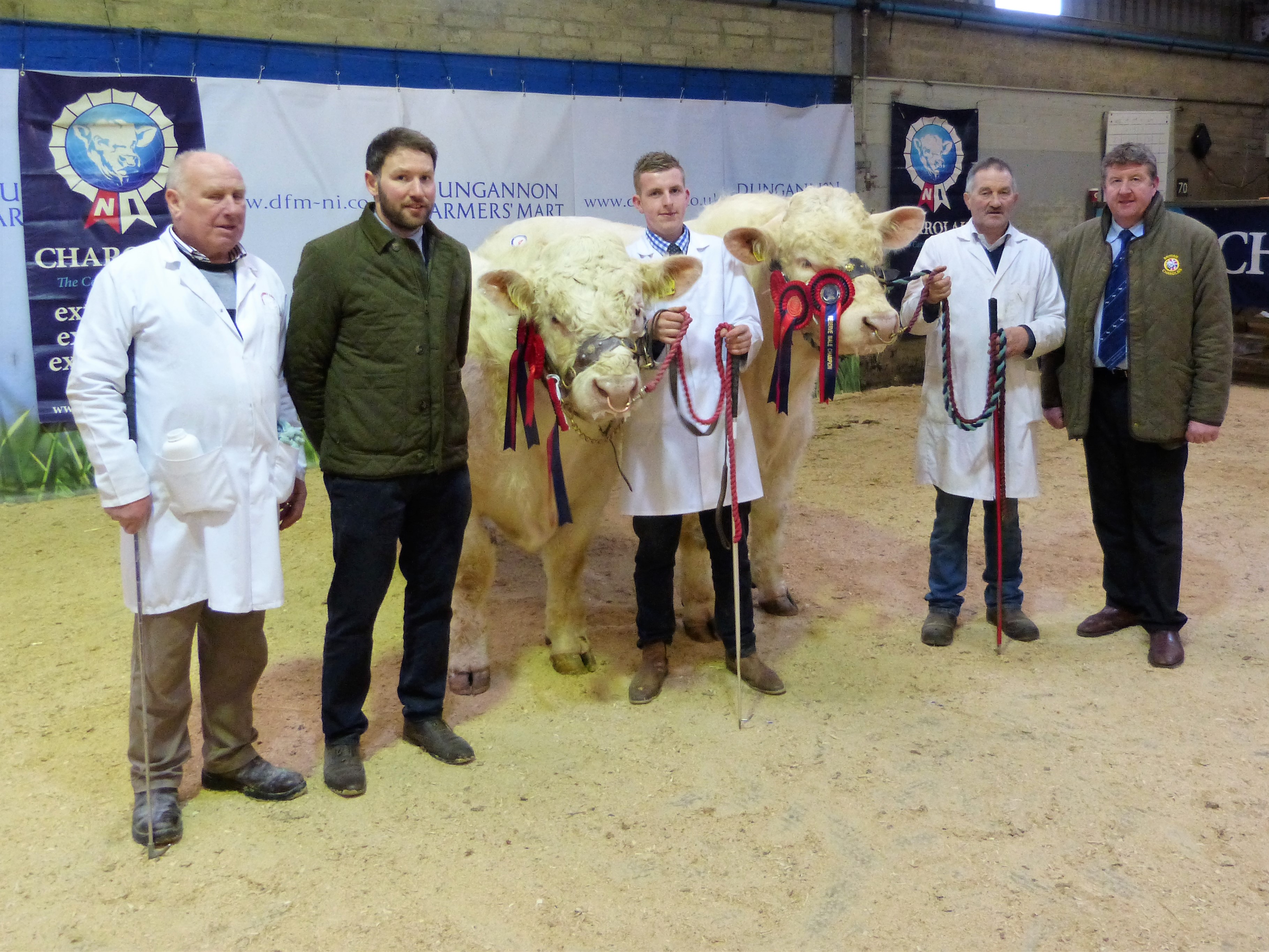 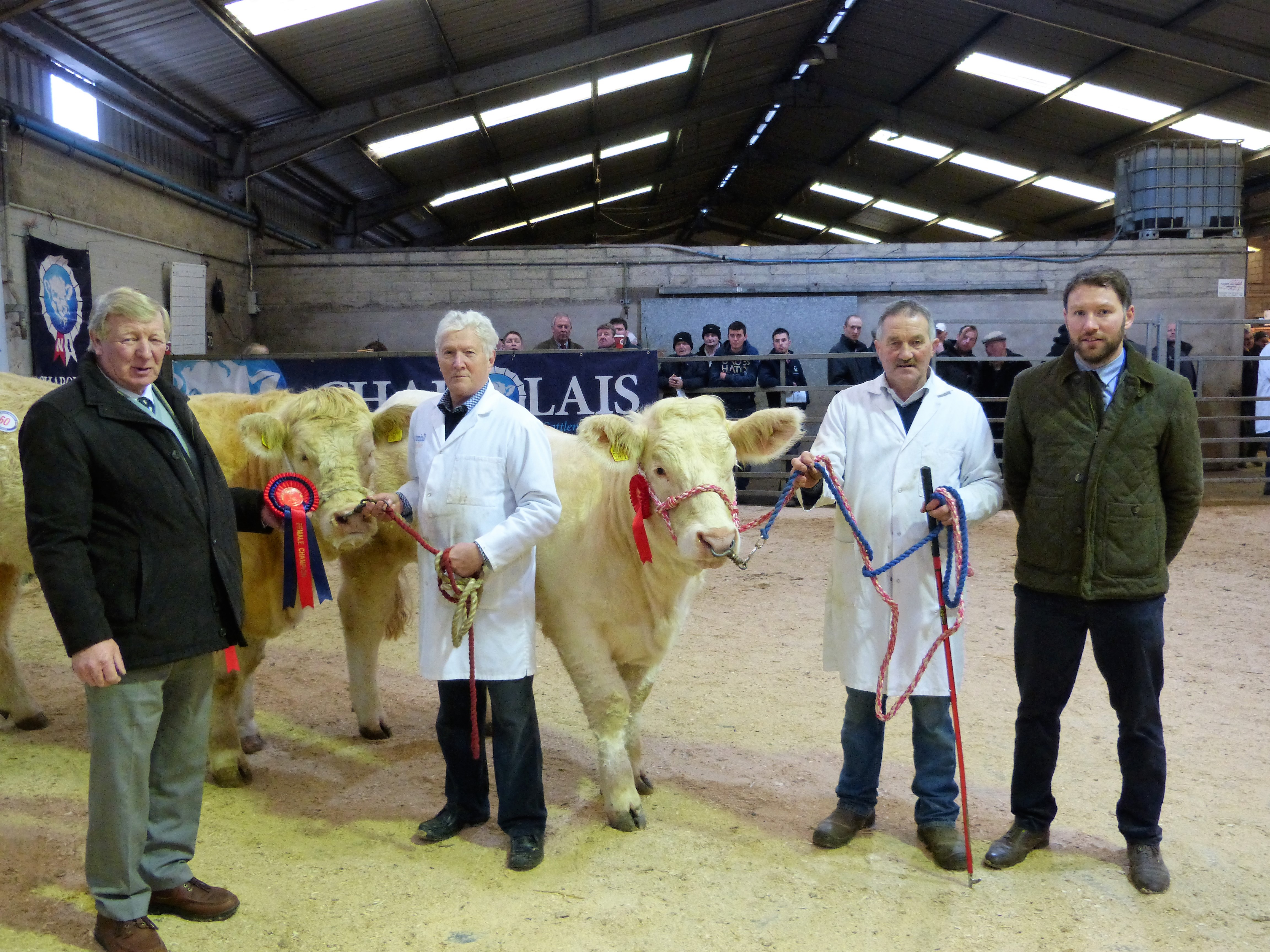 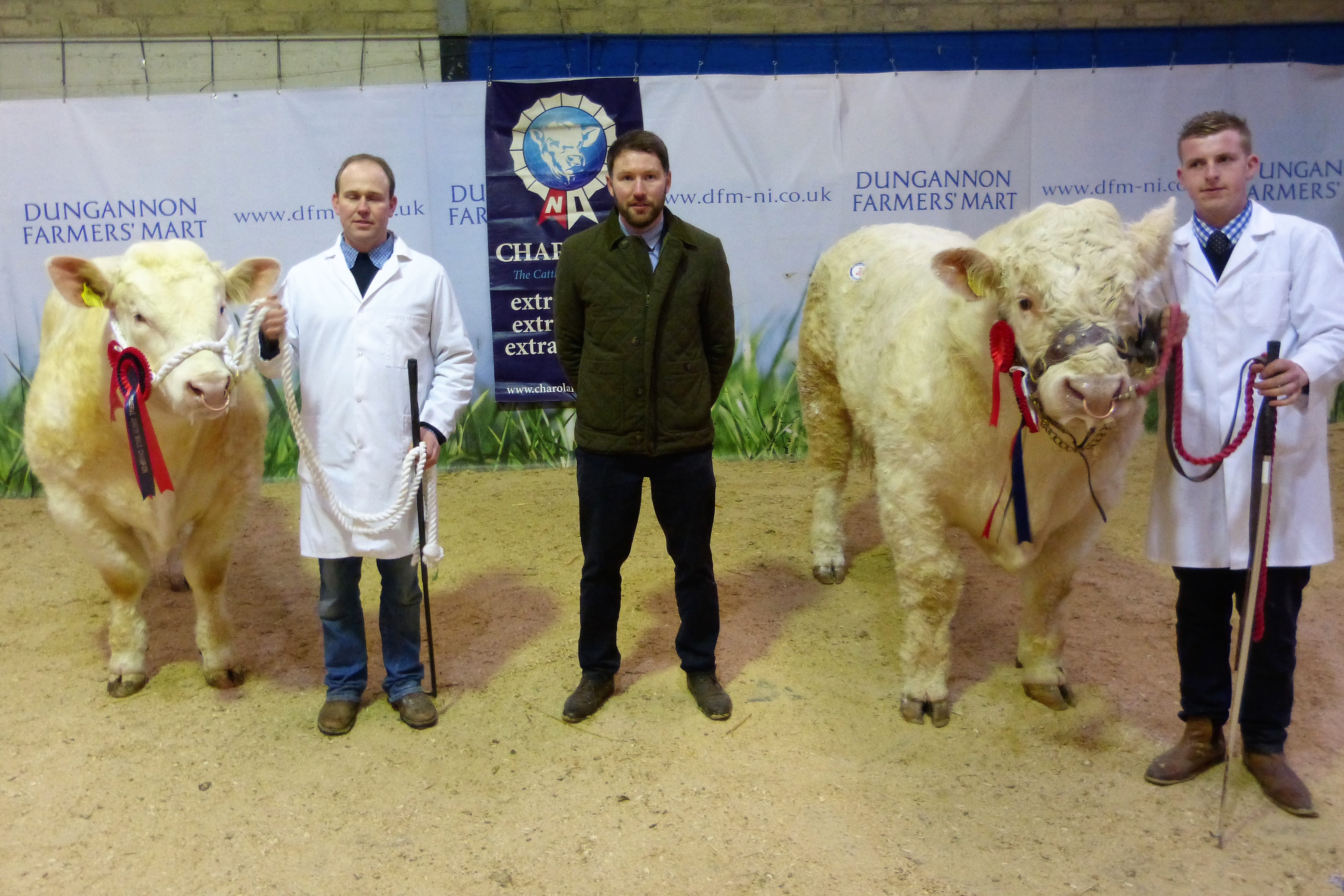 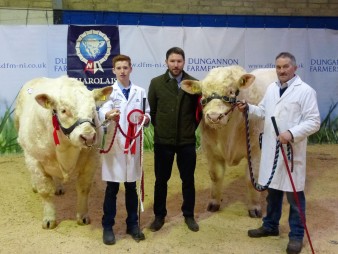