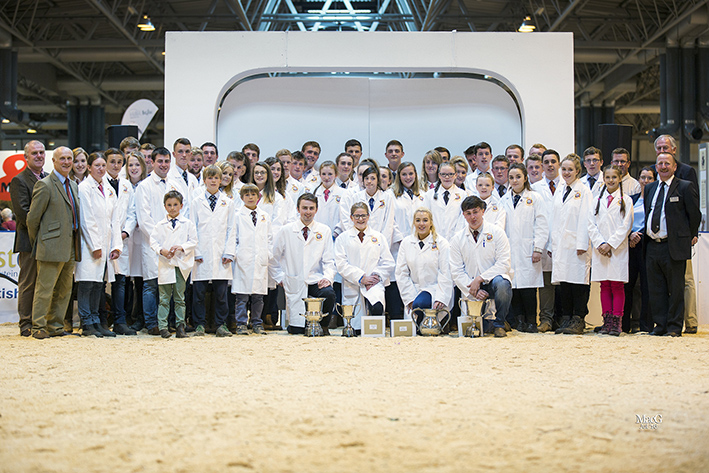 52 finalists from throughout the UK came to the Livestock Event at the National Exhibition Centre in Birmingham on Wednesday 6 July to compete in the Charolais Youth Stock Judging Final as part of the annual National Charolais Show. 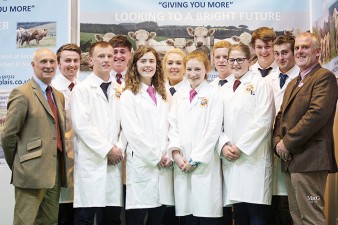 The Northern Ireland region came out on top when they secured first place in each of the age groups as well as claiming the Fairway Trophy for the highest scoring team. They started with the senior 19 to 26 year old section where Kevin Reavey was the winner of the Gretnahouse Pepetual Trophy. Then along with his team-mate Eimear McGovern, they claimed the Fairway Perpetual Trophy for winning the pair’s competition with a total of 272 points. This is the second time that 20 year old Eimear has lifted the trophy having previous shared the honour with her sister in 2014.

A delighted Kevin who is currently studying for his property degree to qualify as a chartered surveyor also works at Hilltown Auctioneers two days a week as his goal is to become a livestock auctioneer. In addition he works on the family farm where his dad established their Charolais herd in 2010. He will be travelling to Moulins, France in November for the French National Final of the Charolais Show as part of his prize along with fellow competitor Edward Robinson, Peterborough, Cambridgeshire who was a close second him with 140 points.

Taking top spot in the intermediate 15 to 18 year old section and winning the Alwent Perpetual Trophy was the 18 year old Bartley Finnegan, Dungannon, Co Tyrone who had the top score of the day with 148 points. Runner up on 139 points was Andrew Adam from Scotland followed by George Hollinshead from the North Midlands who scored 138.

Master judge Arwel Owen said: “The competitors are a credit to their regions and I was impressed to see such a fantastic turnout. Charolais Youth has gone from strength to strength in the past few years as the Society invests more time and energy into the future of their young stock people and it is very pleasing to see such keen competitors coming from far and wide”. 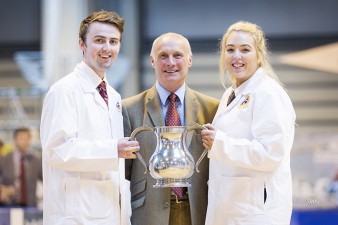 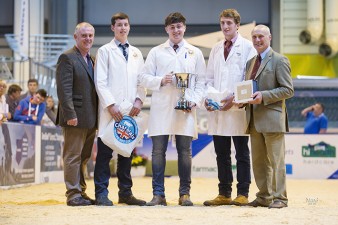 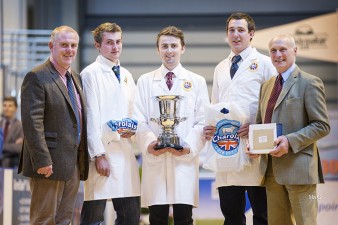 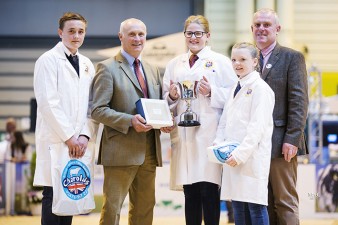