This year’s competition was a huge success yet again with over 35 youngsters competing in their sections with the furthest travelled competitors all the way from Orkney! The event was kindly sponsored by ABP, Perth and Frank Ross, General Manager was there on the day to give a discussion on the VIA System within ABP and answer questions from the competitors. The master judges for the day were
Walter Wylie & Bert Taylor.

The judging of the three classes made up of cows, heifers and steers was the main part of the day and Tracey Nicoll gave a coaching session on how to do stockjudging reasons.

Regional Co-Ordinator – Carly Mackay said “we are totally thrilled at how the young breeder’s day has gone this year the enthusiasm from the competitors is just great to see and has left the committee and myself looking forward to next year’s event already!! We also can’t thank our host’s the Mallarkey family enough for all the hard work that has gone into organising this day for our club. We wish the winner’s and runners up all the very best of luck for the finals in Birmingham”. 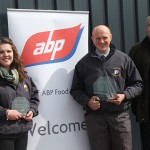 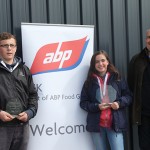 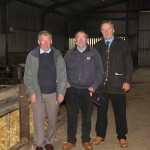 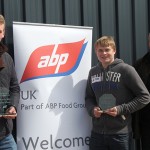 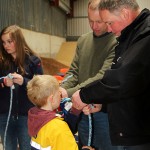 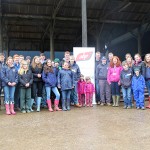