Charolais females met a ready demand selling to a top of 4,500gns at the Charolais day at Newark on Saturday 13 June 2015 with a clearance rate of 95%. 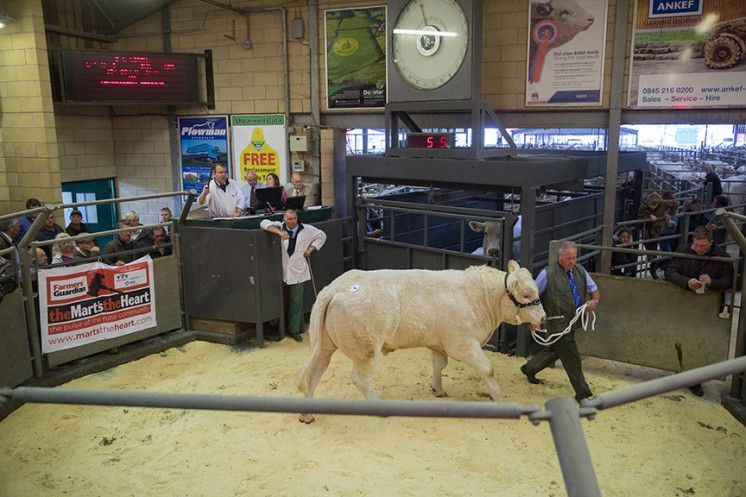 The day started with a dispersal consignment of the Newbrooton herd from DW North, Bassingham, Lincolnshire. He secured the top price for a cow and calf outfit which went home to Whitchurch, Shropshire with Reelow Livestock. The three year old Newbrooton Henryetta TI +59 SRI +56 sired by the 10,000gns Balmyle Dingle and her Blelack Digger sired heifer calf Newbrooton Lucy sold for 4,500gns.

Next up was the dispersal of the Cotehouse herd on behalf of the late Don Marshall, Scropton, Derbyshire, who sold a series of cow and calf outfits to average £2195. The calves were by the herd sire Nitarose Hector who went on to be sold for 2,800gns. The 38 month old Hector is sired by Trefaldywn Ferrari and was purchased by DW Sessions, Scropton, Derbyshire.

The same purchaser went on to secure another outfit for 2,500gns, the seven year old Cotehouse Carpenter TI +53 SRI +51 by the 10,000gns Inverlochy Topsire and her month old son Cotehouse Livery.

A call of 2,400gns was made by HG and J Evans, Gawsworth, Macclesfield for the three year old Cotehouse Happy, a daughter of the 9,000gns Royal Show Champion Gretnahouse Archangel ET and her three month old heifer calf Cotehouse Lucie.

A reduction consignment of 18 lots from JR and VA Webb, Billesdon, Leicestershire of the Rushfield herd sold to a top price of 2,300gns for the Newroddige Bruno daughter, Rushfield Freya and her bull calf by Rushfield Fernando who went home with N Tunnicliffe, Chesterfield, Derbyshire.

DG Knox, March, Cambridgeshire of the Drumshane herd sold five lots to a top price of 2,300gns which was secured from JR Marsh Coxhill, North Lincolnshire who also bought a further seven lots throughout the day. This purchase was for a cow and calf outfit consisting of the eight year old Bova Sylvain daughter Mullaghdoo Bluebell and her five month old heifer calf Drumshane Lillyann sired by Elgin Columbo. 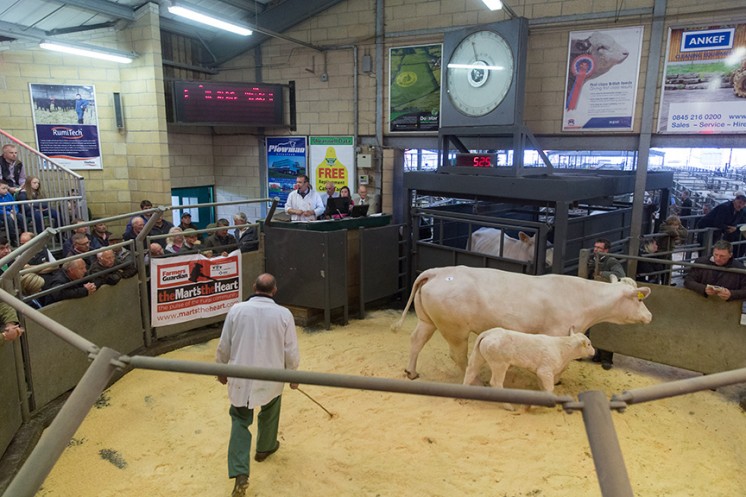 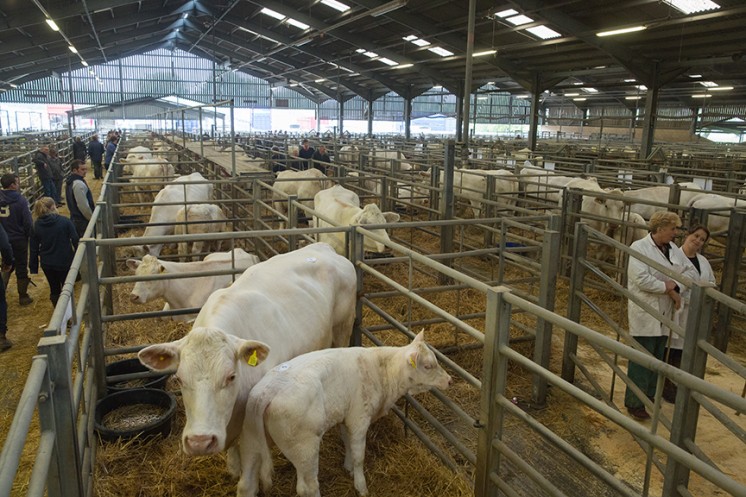 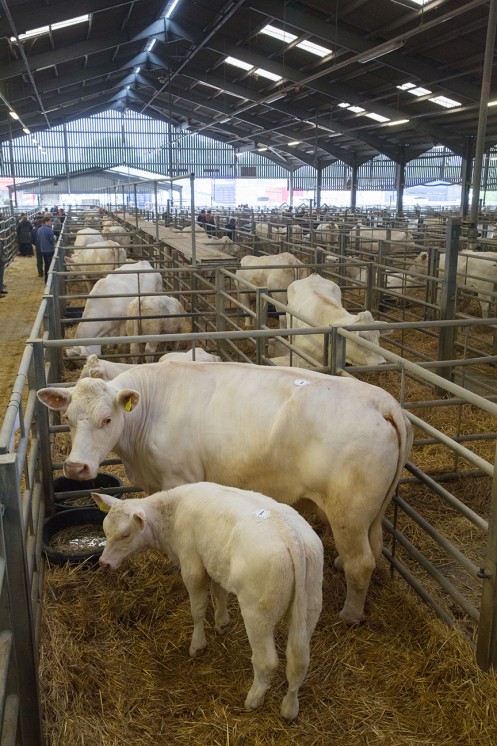