Caldwell and Desmond McAskie’s County Tyrone based Mountjoy Charolais herd has been recognised with the Harman Charolais Genetic Improvement Award 2015 for making the greatest genetic progress within the entire British Charolais Herdbook during the last 12 months.

Herd progress was measured by the highest improvement in the Self Replacing Index (SRI) for the calves born in 2013, and recorded over the 2013/2014 recording years. During that period, the 12 cow Mountjoy herd SRI increased by +21.1 to an average SRI +48.5.

Ben Harman commented: “The winners of this year’s awards have embraced the demand from our customers – suckled calf producers, for cattle that the Breedplan tool kit enables us to identify. These fully recorded members are breeding bulls which deliver progeny that are easier to calve yet retain unbeatable growth potential – the breed’s hallmark trait sought after by the finishers who are receiving their just rewards for Charolais cross cattle.”

“Our herd was commended for making the greatest genetic progress in Northern Ireland a couple of years ago which kick started us in to bringing a bigger focus to using Breedplan data as an additional selection tool. It coincided with commercial suckler men starting to pay attention to figures when buying a bull, particularly for ease of calving.

“We went for Blelack Digger, who is in the breed’s top 1% EBVs for both calving ease and growth. We used him right across the herd and also for some ET work. And the result – he’s definitely passed these traits on to his progeny. We’ve got some quality sons, they’ve got shape and scan well, while we’ve a great batch of Digger daughters coming in to the herd which have both growth and shape, and the potential to calve easily. That’s what modern British Charolais is all about.” 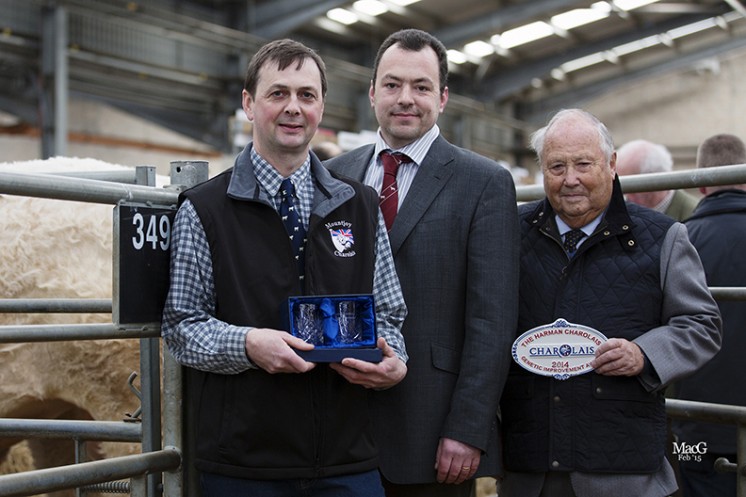 “I believe that if we breed quality females, then the bulls will follow. Consequently we select our sires very carefully to match specific females. First and foremost they have to come from strong female lines by using a mix of older and newer sires. Then we use EBVs as a backup tool, in particular for the muscle area and growth rate traits; the combination of both criteria is enabling us to start to reap the benefits both in the show and sale ring. In fact we were one of only a couple of herds in Scotland to achieve a maximum five star rating with Completeness of Performance, the new rating system which reflects how much data has been submitted by the herd to Breedplan. While the herd is relatively young, it has made a lot of progress in a short space of time and we hope this will continue.” 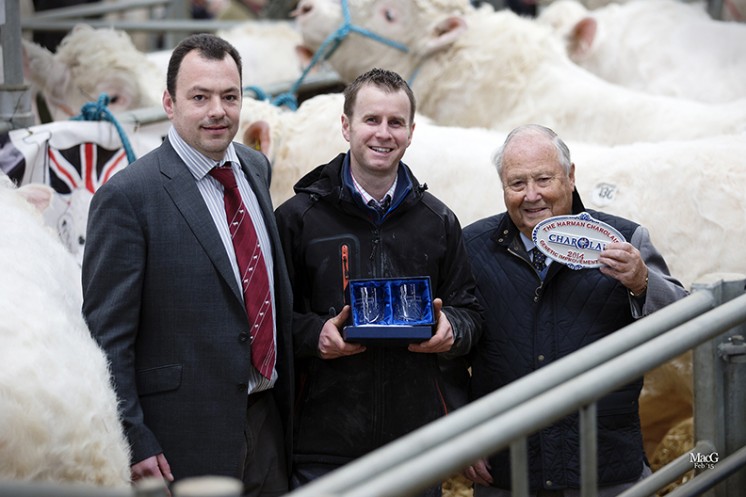 “We’ve noted that commercial suckler producers are looking for bulls that not only have the looks but also high Estimated Breeding Values. Consequently, nowadays we’re not just using our eyes and going for size and correctness when we select a new herd sire, but we’re also using Breedplan data. Our current herd sire Balbithan Eria, who is within the breed’s top 5%, is doing a great job leaving progeny that are easy calving and with good growth rates. Receiving this award makes our hard work seem really worthwhile.” 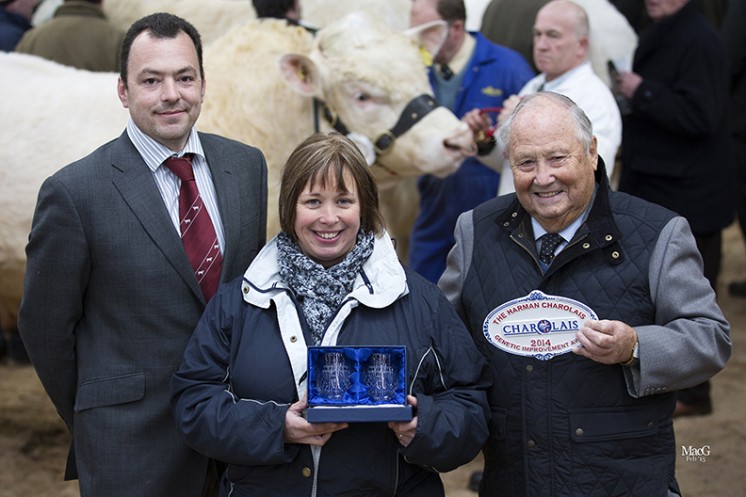 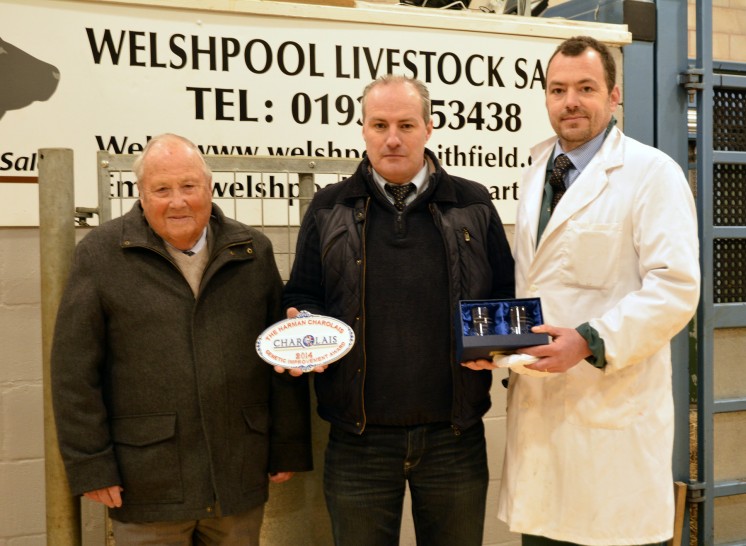