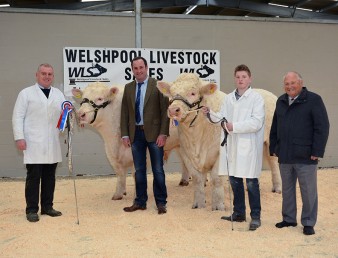 There was a brisk trade for Charolais bulls at Welshpool on the 5th February when 24 bulls sold to an average of £3618 and a top price of 6,800gns.

The sale topper was Davally Ivanhoe TI +50 SRI +51 from D Thornley and AJ Smith of Swadlingcote, Derbyshire, purchased for 6,800gns by GR Saunders, Bonvilson, South Glamorgan. This 17 month old Balthayock Longbow son is a full brother to both Davally Invincible who was also the top priced bull at the last Welshpool sale in November at 6,000gns and the 12,000gns Wesley Equinox.

Next, selling to MJ & DG Owen from Wells, Powys for 5,500gns came the supreme champion the 17 month old Major son Graiggoch Iceman exhibited by G Jones of Llanrwst, Conway. The judge David Bothwell from Co Fermanagh said “I selected him for his size and power. He is a structurally sound bull with the particular Charolais traits of growth and good conformation”. 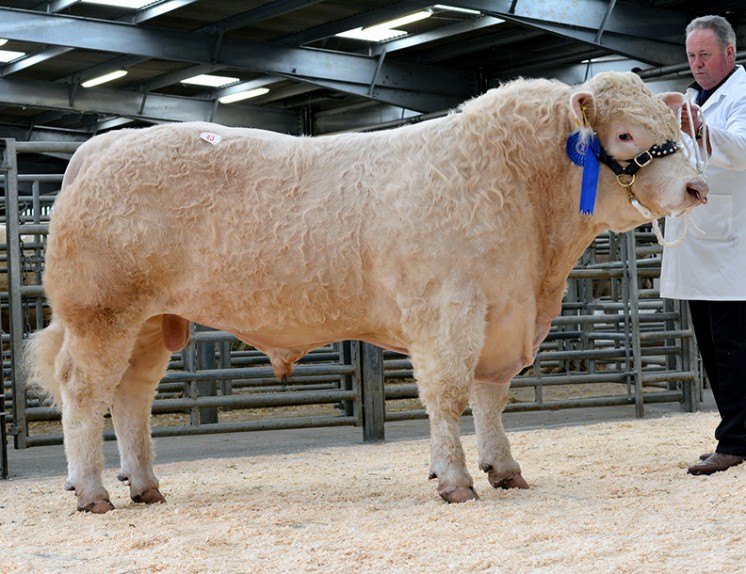 Davally Ivanhoe sold for the top price of 6,800gns 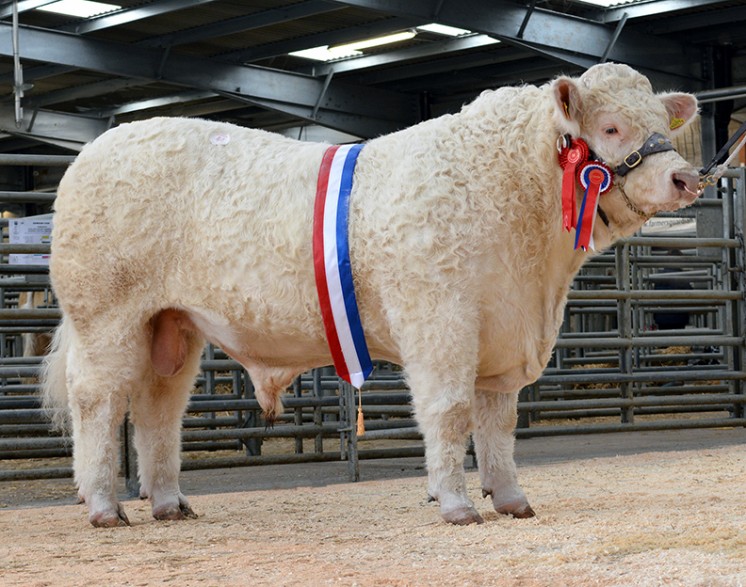 From the same vendor was the first prize winner Graiggoch Impressive sired by Maerdy Grimaldi, who was purchased for 5,000gns by M Hughes and GT Jones of Machynlleth, Powys. 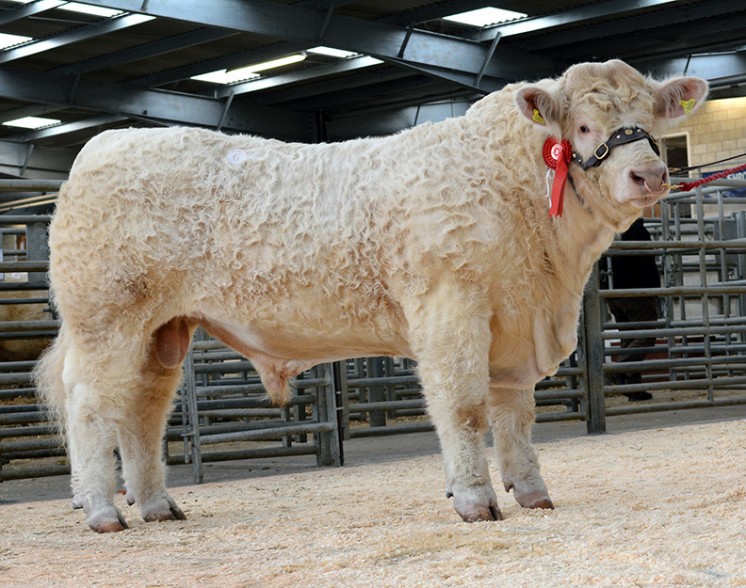 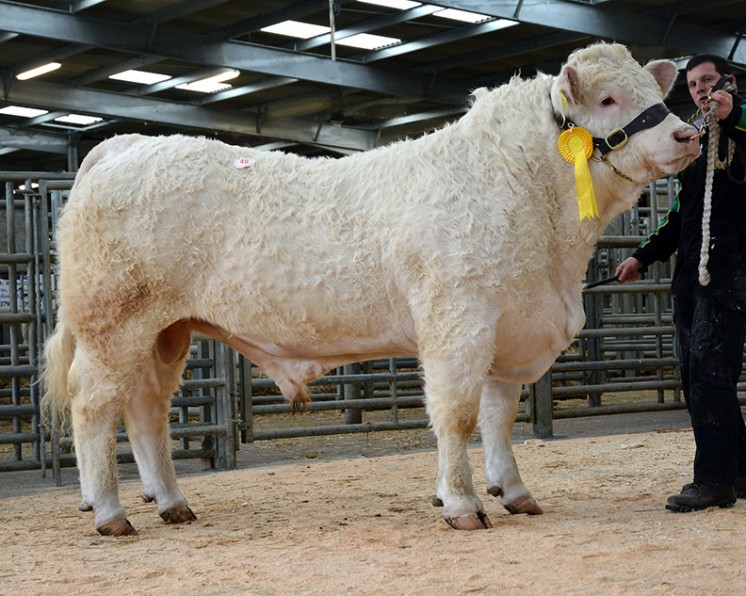 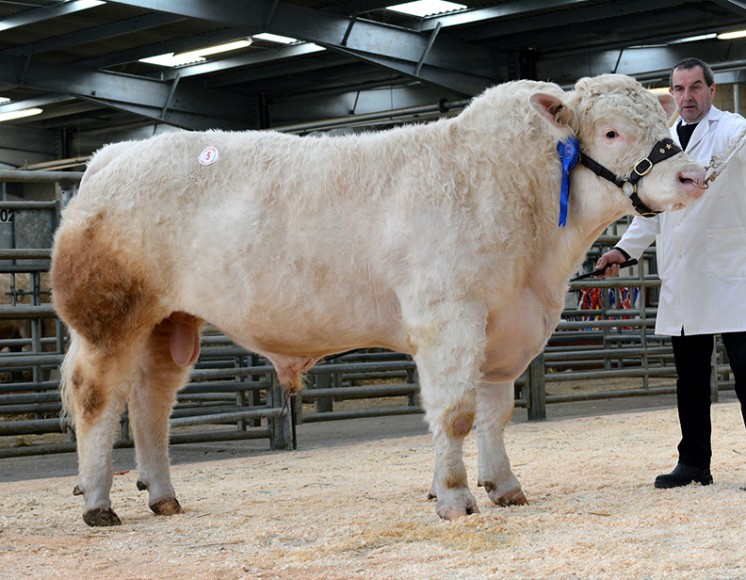 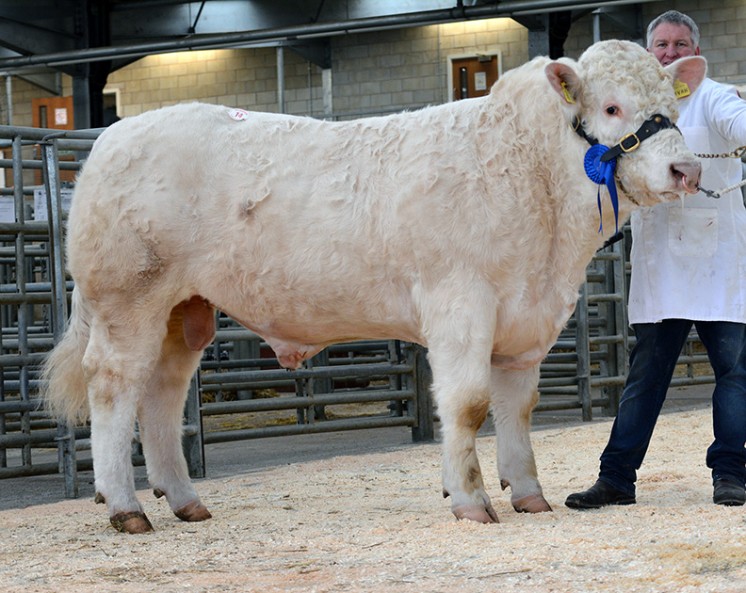 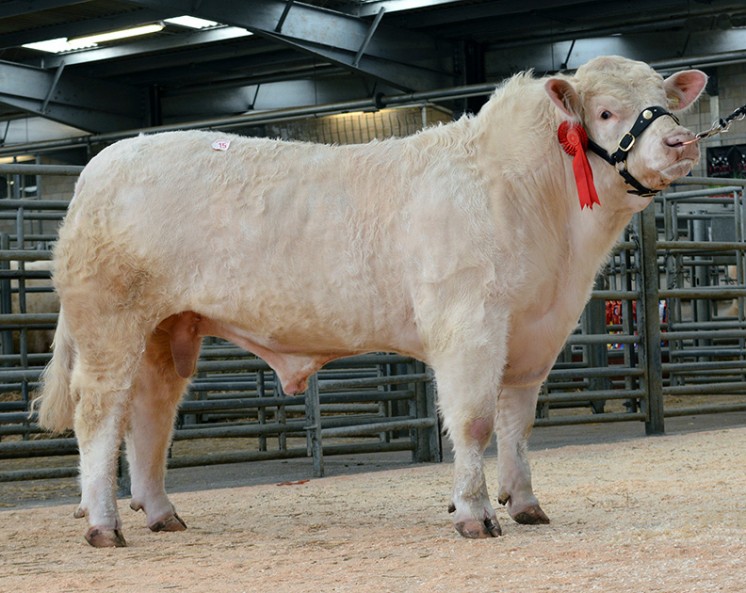 Also selling well for AJ Mould of Penkridge, Staffordshire was his four and a half year old cow Wesley Fettle TI +56 SRI +54 and her calf at foot. The lot was split with the 10,000gns Balmyle Dingle daughter Fettle selling for 1,800gns to RJ Gregory & Son of Truro, Cornwall, while her 9 month old bull calf Moulais Judas, sired by the 25,000gns supreme Stirling champion Goldies Unbeatable was purchased by JA Williams of Caersws, Powys for 1,200gns. 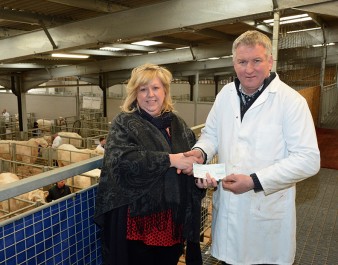 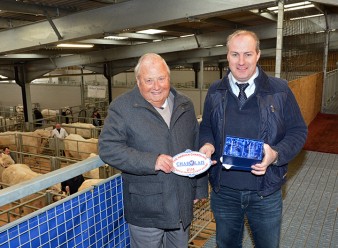