The 5th Stars of the Future Calf Show was held at United Auctions, Stirling on Saturday 15th November 2014 and attracted more than 400 young beef cattle to the event.

The Charolais breed celebrated a strong entry of cattle with further success in the interbreed championships under judge and freelance stockman Brian Wills. 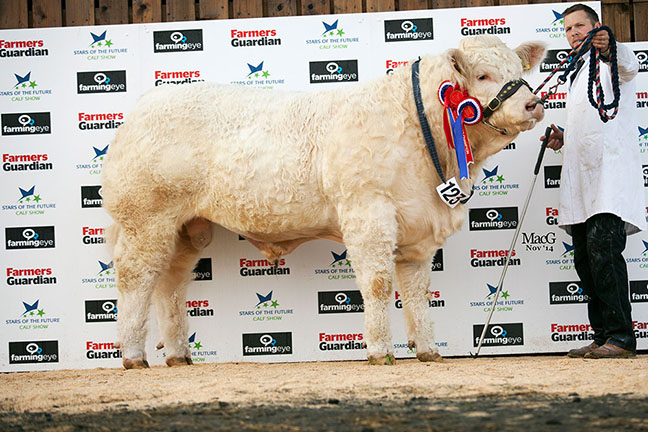 Securing the reserve senior Continental championship was R Milne and Sons with Elgin Isaac. By the 12,000gns Caylers Gladiator, he is out of Elgin Electra, who is full sister to the 20,000gns Elgin Davinci. This one has been unbeaten in his class to date and was reserve champion at Nairn Show. He’ll now be forward for sale in Stirling in February. 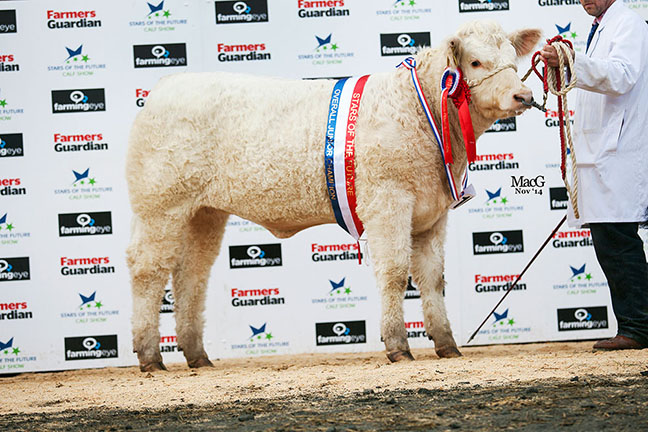 Then securing the reserve junior Continental championship was John and Raymond Irvine’s Inverlochy Julianne. This April 2014-born heifer is by Blelack Giggsey and out of Redheughs Fanfare. 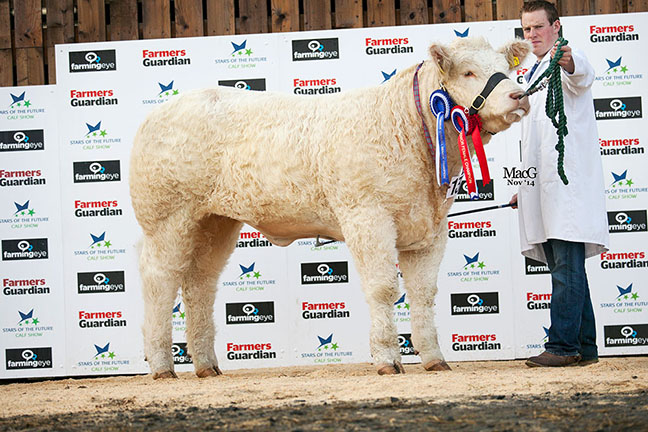 Taking the reserve senior championship behind the Elgin bull was Coolnaslee Ivette from Gilbert Crawford, this October 2013-born Maerdy Fiend son is out of Tullylagan Estella. 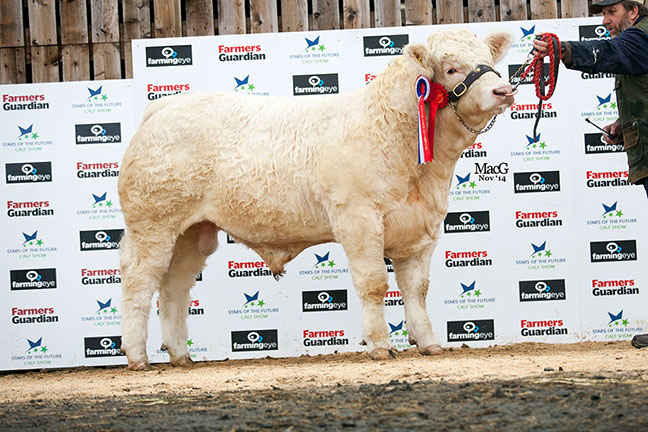 Standing reserve overall in the juniors was the junior male champion Lochend Jura from Iain Millar. Born January 2014 he is by Gretnahouse Archangel and out of Lochend Evette.

In the young handlers class 16 year-old Stephen Taylor won the senior class and went on to be interbreed senior young handler on the halter of Dunesk Jack. At Beef Expo Stephen was part of the winning Future Show Stars team and has only just returned from competing at the Royal Winter Fair in Toronto. In the breed class for young handlers, second went to Laura White and Edward Scott stood third. 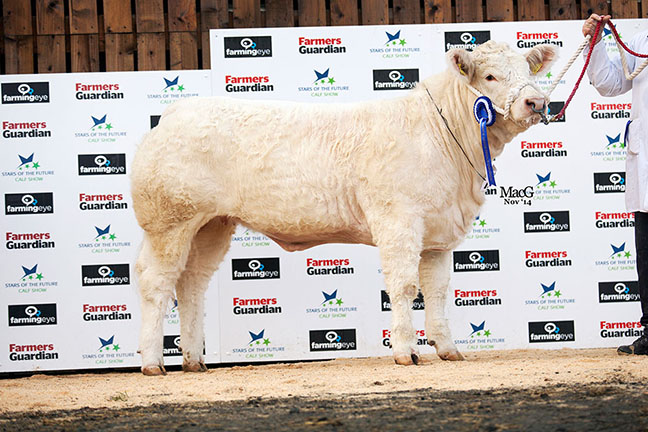