It is year two at Balmoral Park and many more visitors than before attended the show. Blessed with good weather over the three days it could be hailed as a real success. Charolais entries were up and new exhibitors joined forces with those who have shown cattle for decades, it is great way to gain skills in showing and stockmanship with plenty of expertise on hand.

The charolais exhibitors prepared their stock to the usual high standard for showing in their breed classes special championships and inter breed beef competitions. Cattlemen and visitors for near and far enjoyed the fine display of charolais on the cattle lawns.

The judge on this occasion was Welsh charolais breeder Mr Peter Howells Tycam Wales someone who has vast experience judging at local and National Shows. There were many successes and happy exhibitors whose triumphs will promote their stock at summer shows and forthcoming sales.

Exhibitors were happy with the judging and the crowning glory at Balmoral 2014 for the charolais breed was winning the Interbreed Pairs with two of the finest pedigree beef animals on display ‘Rumsden Fawkes owned by Paddy Gallagher & Coolnaslee Helga owned by Gilbert Crawford, the charolais breed was up against tough opposition across the other main beef breeds and Mr Billy Robson OBE a very experienced judge had a tough decision to make a call on this one.

Brigadoon herd and the Connolly Team won the crystal award for the best presentation of beef cattle of the show award. This stand is a labour of love each year with so much care and attention to detail.

Sarah Johnston was placed 4th and Chris Collier 5th place in the 12-16 yr age group, we congratulate our young people for taking part in this competition.

To conclude we would like to thank adp for sponsoring the section, the British Charolais Society for their support, the farming press for their coverage, the membership of the RUAS; their staff and many committees and sub groups for all their hard work in rolling out the Balmoral Show. 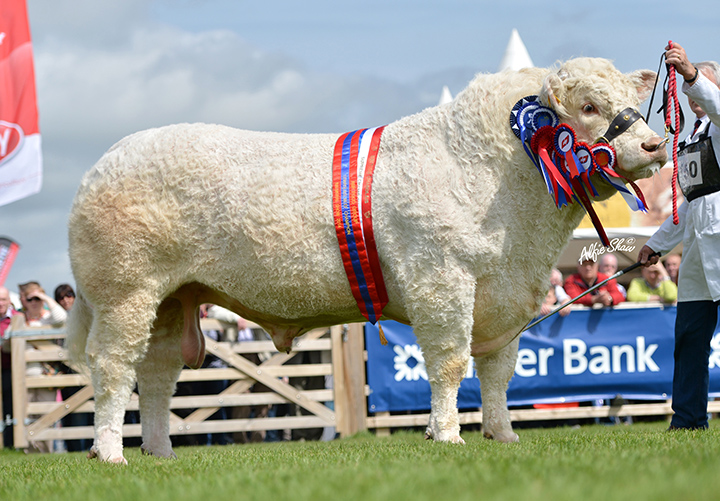 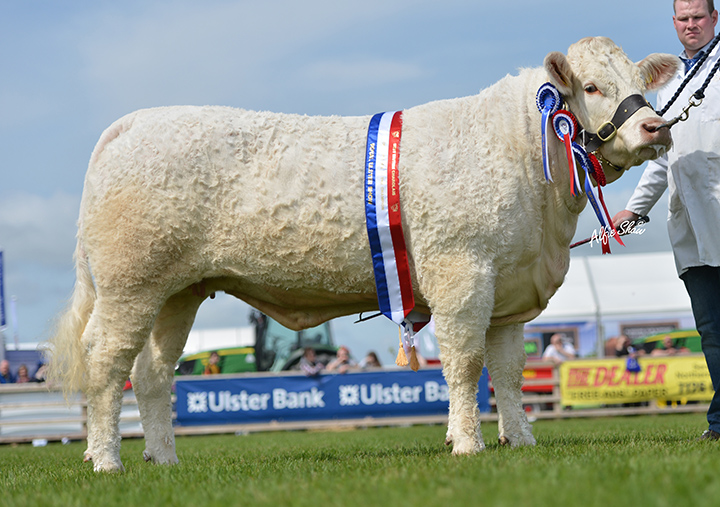 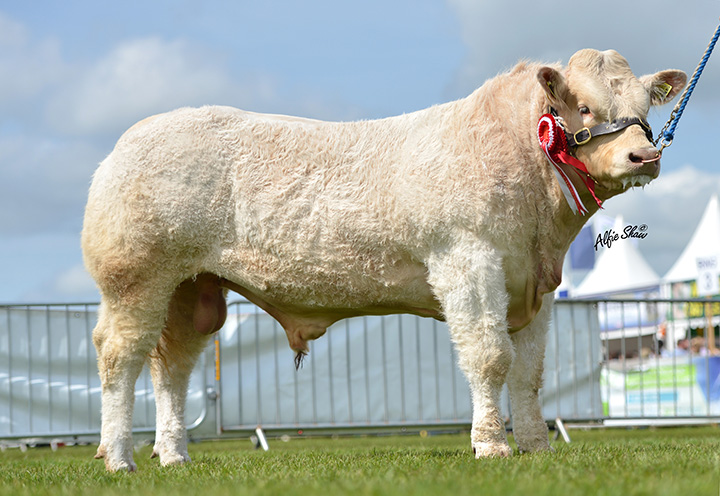 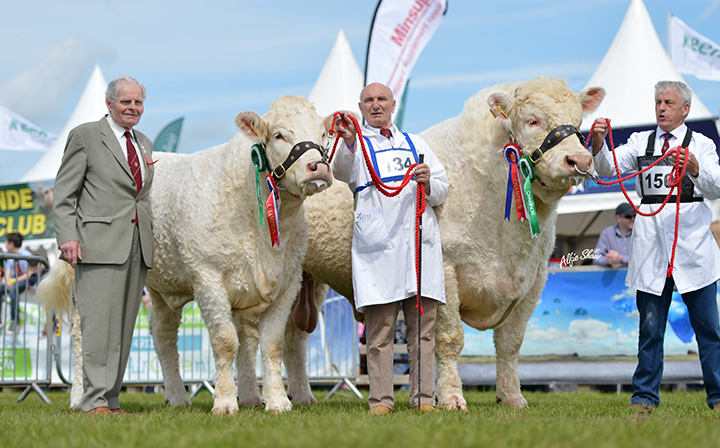 CLASS 562 – Group of three animals, bona fide the property of one exhibitor and entered in the classes for which they are eligible.

SPECIAL PRIZE TO THE CHAMPION IN SHOW £100