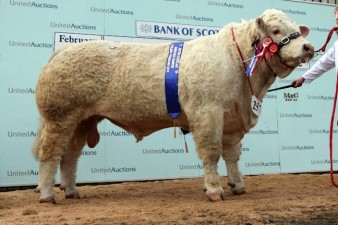 The entire autumn calving portion of the Blelack Charolais herd will come under the hammer at its matron sale to be held at Stirling on Wednesday 19 June, with 47 cows in calf and/or with calves at foot up for grabs.

Established over 30 years ago by Neil Massie and farmed in partnership with his son Graeme, the noted herd carries some 140 pedigree cows and a total of 700 head of cattle over a 950 acre grass and arable unit 700 to1000ft above sea level at Aboyne, Aberdeenshire.

Neil Massie commented: “With a large number of exciting heifers coming forward, we have made the decision to sell the autumn calving block of cows; many are sired by Coolnaslee Adversary, a very easy calving bull who has injected a lot of size and power.”

Ones to watch include Blelack Babe TI +54, SRI +53, by Thrunton Socrates; her progeny include Blelack Dulcet, junior heifer champion at the Royal Highland Show and Blelack Fantastic who sold to 12,000gns at Stirling. Another is Blelack Bluebell TI +41, SRI +42, who has sold twin bulls to 4,500gns and 6,000gns, and another son to 7,000gns. A catalogue favourite is Galcantray Abbey TI +53, SRI +55, the dam of Blelack Digger TI +85, SRI +79, one of the highest pointed and most prolific bulls in the British Charolais herdbook with an exceptional calving ease EBV of +22.2 at 83% accuracy, within the top 1% for the breed.

Among its numerous accolades, the Blelack herd has secured three Perth supreme championships as well as the Royal Highland Show supreme award and the Massies are no stranger to sale ring success where the herd is usually within the top eight herd averages at Stirling. Blelack Rustic commanded the herd’s top price to date of 25,000gns with Blelack Forester at 22,000gns, whilst females have sold to 14,000gns. 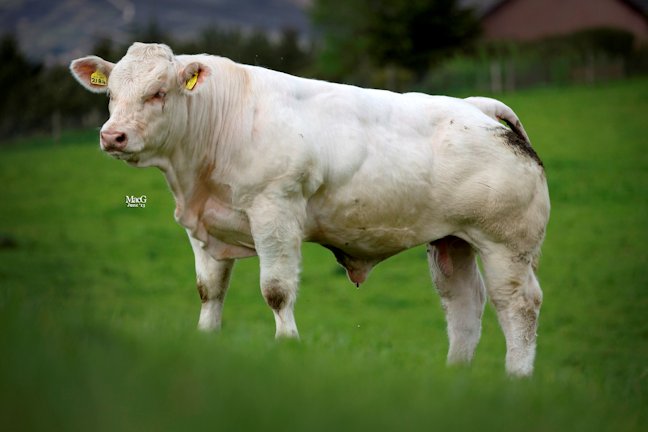 Blelack Horace one of the three bull calves for sale 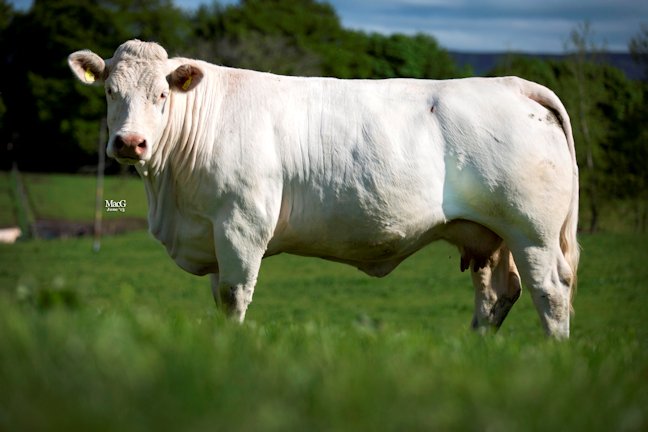 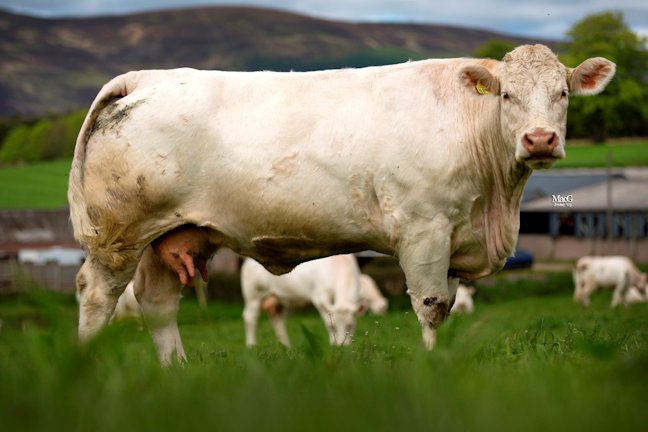