The market, which was redeveloped and opened on its new and existing site in 2009, is capable of holding in excess of 1200 cattle and 15,000 sheep, and holds weekly sales of prime sheep and cattle as well as fortnightly sales of dairy and store cattle, selling in excess of 500,000 sheep and 10,000 cattle annually. In addition to the livestock market, WSL also offer other specialist services, including land valuations and surveys, farm and livestock sales and a range of grant and government subsidy services.

Welsh regional youth co-ordinator Eva Corbett, along with Rhian & Amy Varga from the Midlands club, arranged the get together which included an informative presentation by Oli J.E Hodgkinson BVSc Cert SH&P MRCVS of Trefaldwyn Veterinary Clinic, Montgomery, on herd health, and a quiz as well as the stock judging classes.

Once the stock judging of the two classes was complete, the master judge David Barker of Caylers Charolais, Nuthampstead, Hertfordshire, explained his reasoning before presenting the prizes to the winners. The junior (8-14 years) section was headed up by Gruffydd Llwyd Dafydd, Ceredigion, with 84 points and Serah Morgan-Page, Powys placed second with 60. Emma Page, Powys, won the intermediate (15-28 year) section with 92 points, and Gwion Hughes, Ceredigion, stood runner-up with 84 points. The Seniors (19-26 years) winner was Guto Owen, Gwynedd with a maximum of 100 points and Aimee Varga, Cheshire was just behind on 98. The open competition was a tie on 100 points between Robert Currell & Cecil Currell.

The Society, the Welsh and Midland regions would like to express their gratitude to the WLS team for hosting the event, Vet Oli Hodgkinson for his brilliant presentation, master judge David Barker and Cogent for providing goodies for the competitors. Special thanks must go to the sale exhibitors who provided the cattle for the stock judging classes, without whom the qualifier would not have been possible. 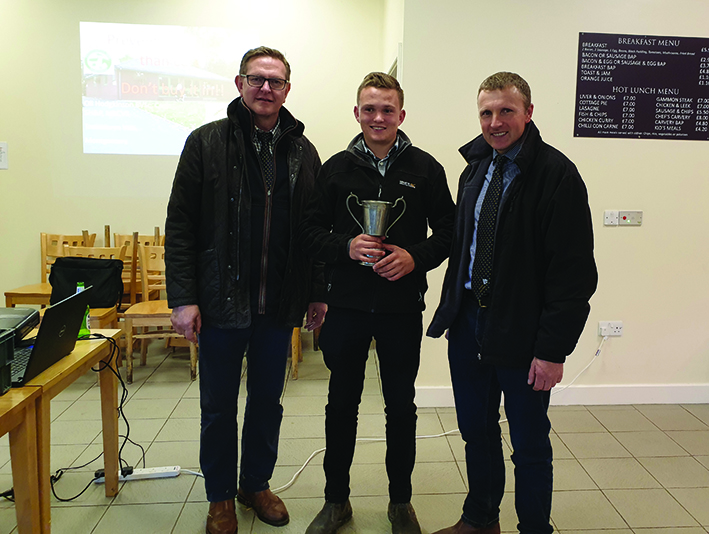 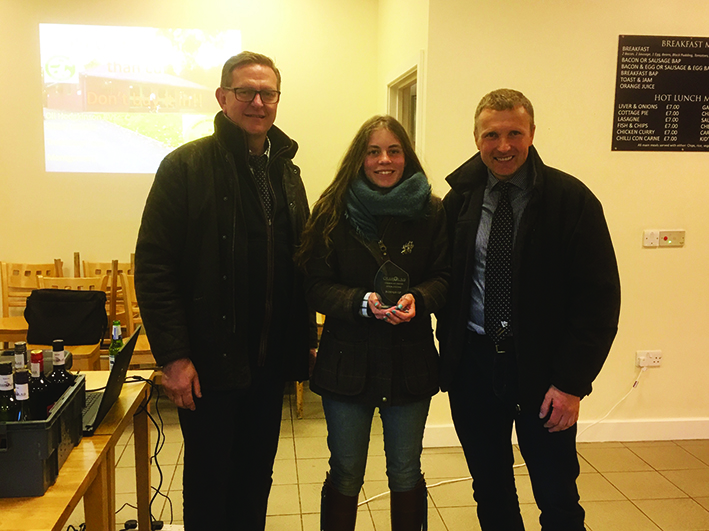 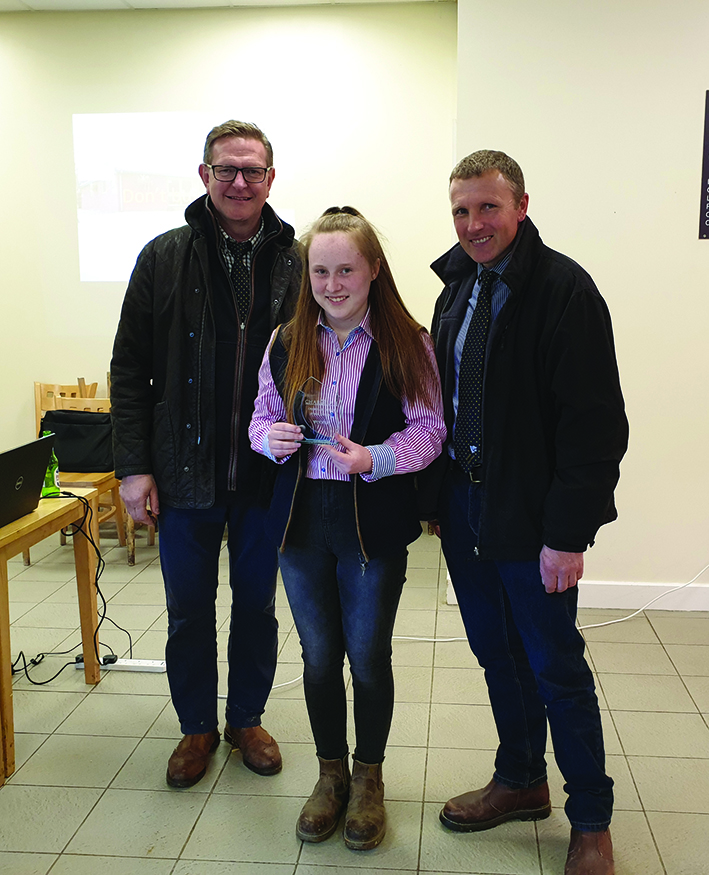 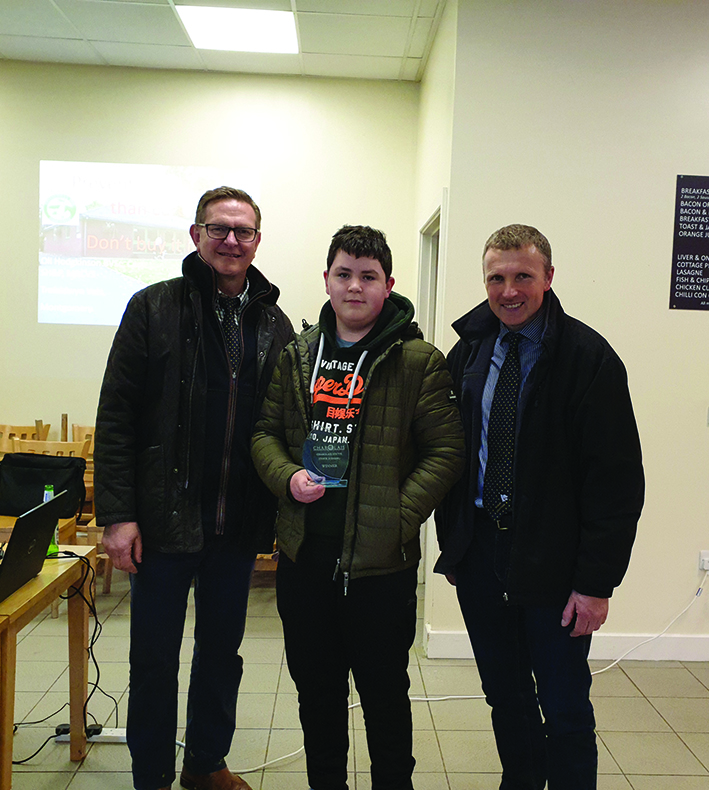 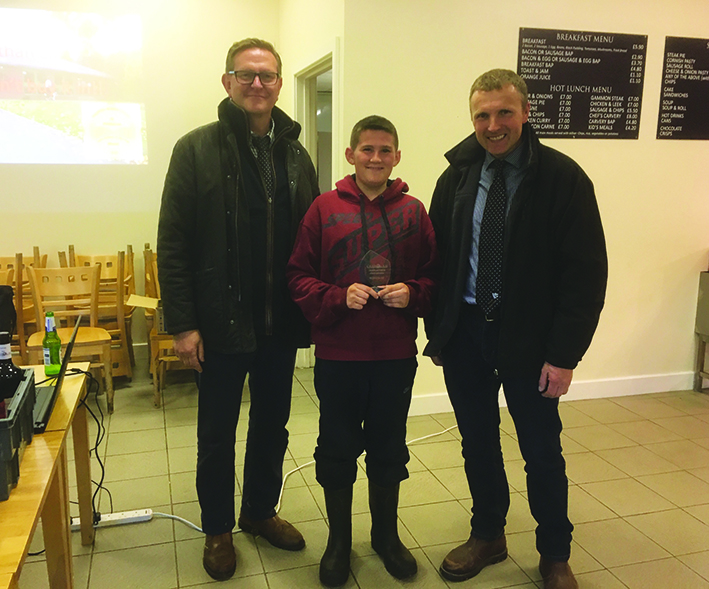 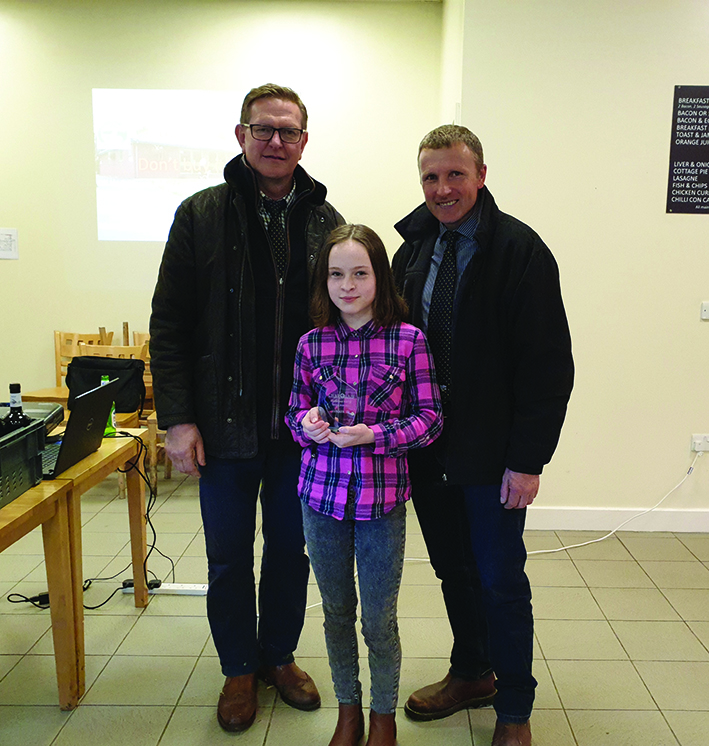 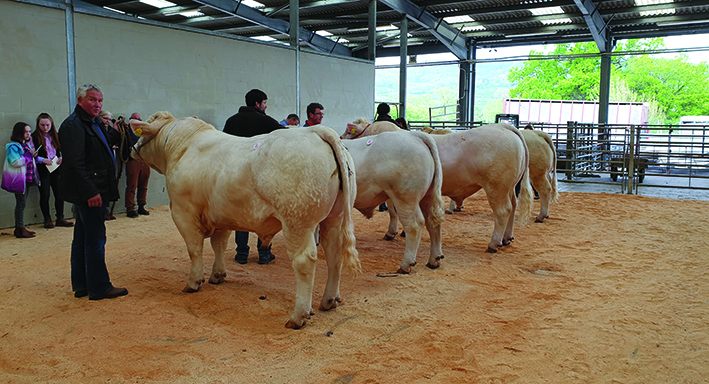 Next up, and just a week later, was the Anglia and South East qualifier, which this year was kindly hosted by Jenny and John Rix and the Wissington Charolais herd in Nayland, Essex.

The Rix’s, who established their Charolais herd in 2005, currently register around 60 Charolais calves a year from their breeding females managed by Darren Knox, who also oversees their small commercial herd of South Devons. To establish the herd, selective drafts of females from the Darshams, Seawell, Barksore, Rumsden and Moyness herds were purchased, alongside bulls from Thrunton, Blelack and Goldies. Now being well established, the herd shows all over the country under Darren’s expertise, and has been awarded breed championship at the Royal Highland show, Royal Norfolk show, Hadley show, Suffolk show, South of England show and Welshpool.

The herd’s focus is on quality and longevity, and the cattle are halter trained being quiet, docile and easy to handle.  The herd is spring and autumn calving, winter-housed and fed on straw, silage and home-produced cereals, with only protein being bought in. Breedplan recording, membership of the Hi-Health Scheme and 48-month TB testing completes their customer assurance.

Alongside the cattle, the farms’ main focus is its arable enterprise, mainly producing onions for customers such as Tesco, Subway and MacDonald’s.

The day began at 10am and four seasons worth of weather was experienced throughout, with bright sunshine, rain, wind and even sleet. Nothing, though could spoil the visit as the welcome, hospitality and scenery more than made up for the weather, not to mention the cattle.

Darren had organised three lovely quiet classes of cattle to be judged, a couple of heifer classes and some young bulls. The master judge Richard McInnes made his choices before the competitors looked over the cattle then gave their reasons. After which, all were treated to a BBQ lunch and lovely homemade cakes from the Knox girls before the farm tour got underway. Here there was a chance to see new stock bull and Stirling champion Maerdy Northernboy, who had been purchased the previous week in Welshpool, doing his job.

After the tour the presentations were awarded, with William Heath, East Sussex, placing first in the junior section with 110 points and Charlie Knox, Essex, in reserve with 73. The intermediate winner was Annabelle Howell, Norfolk, scoring 126 while Ellie Knox, Essex, placed second with 119 and the senior winner was Donald Mcclean, Hampshire with a score of 114. The open competition was won jointly by John Rix and Charlie Mcclean who both scored 134 points.

The Anglia and South East clubs and the British Charolais Cattle Society would like to thank the Rix family for their excellent hospitability, Darren and Donna Knox who organised the cattle and the day, Karen Maclean the South East coordinator for organising competitors to come up for the day and Richard McInnes, the master judge. 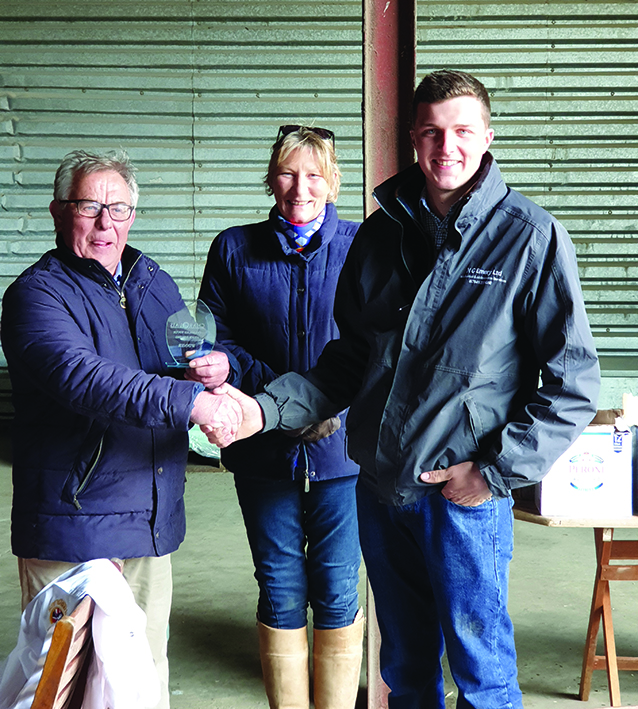 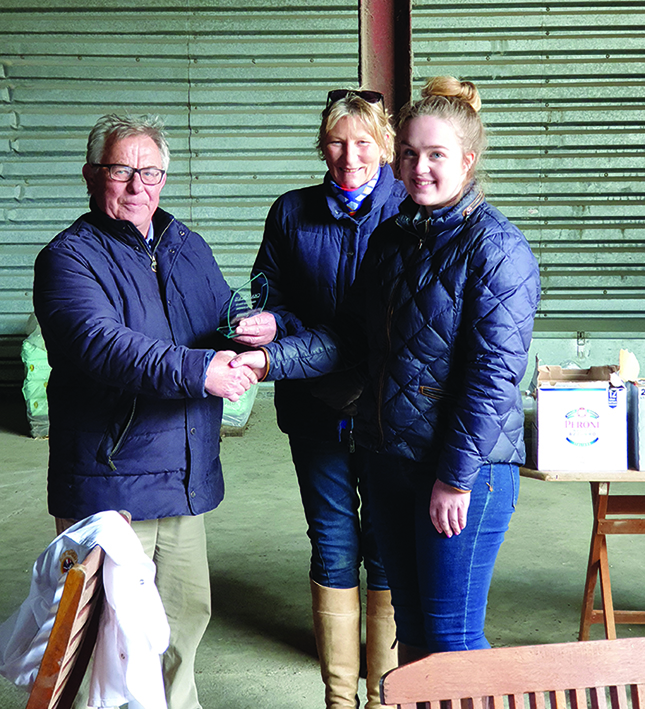 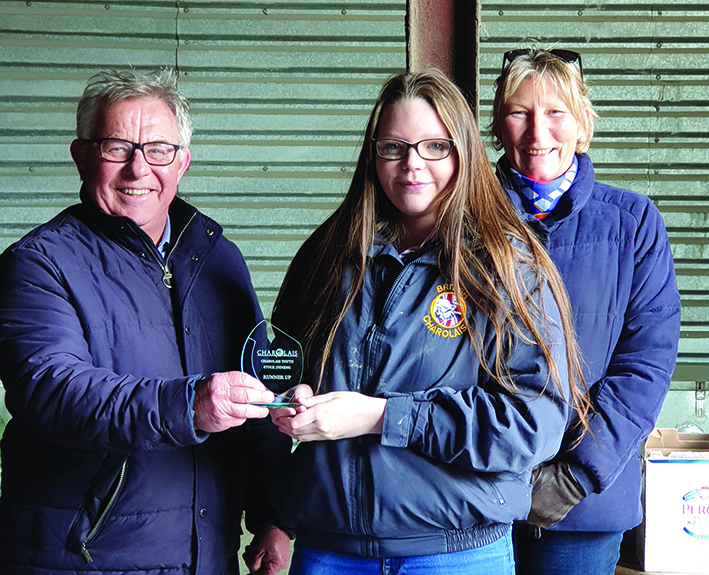 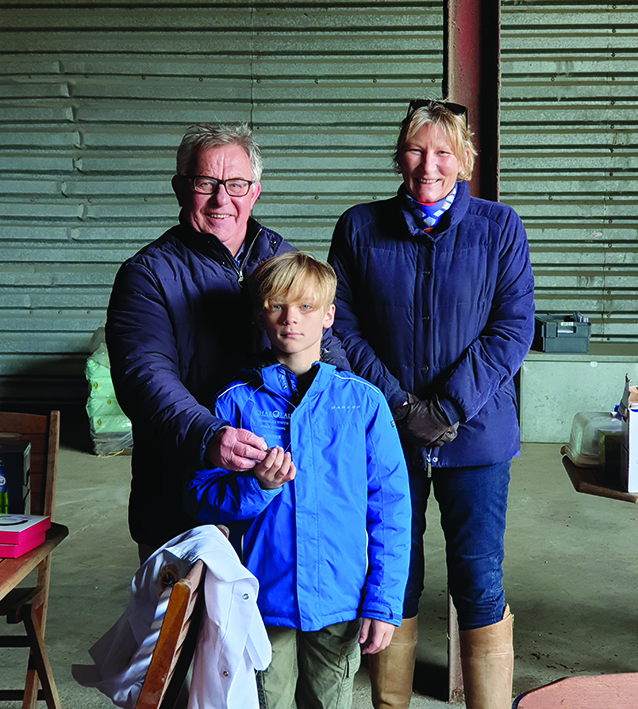 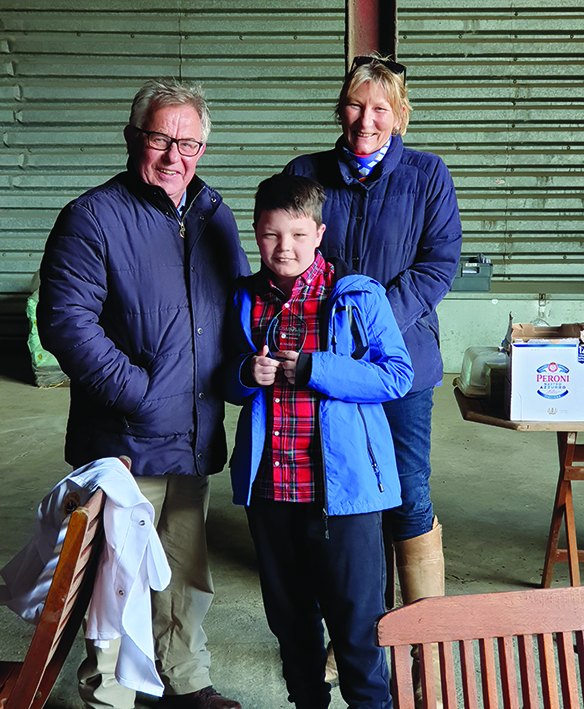 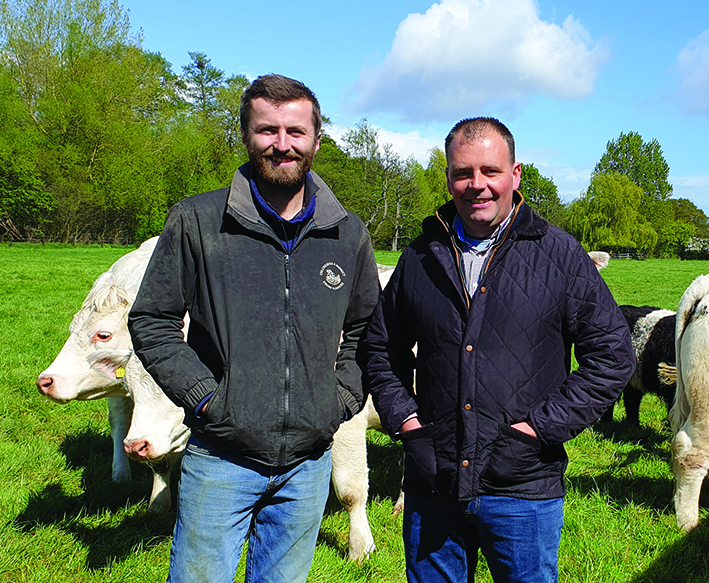 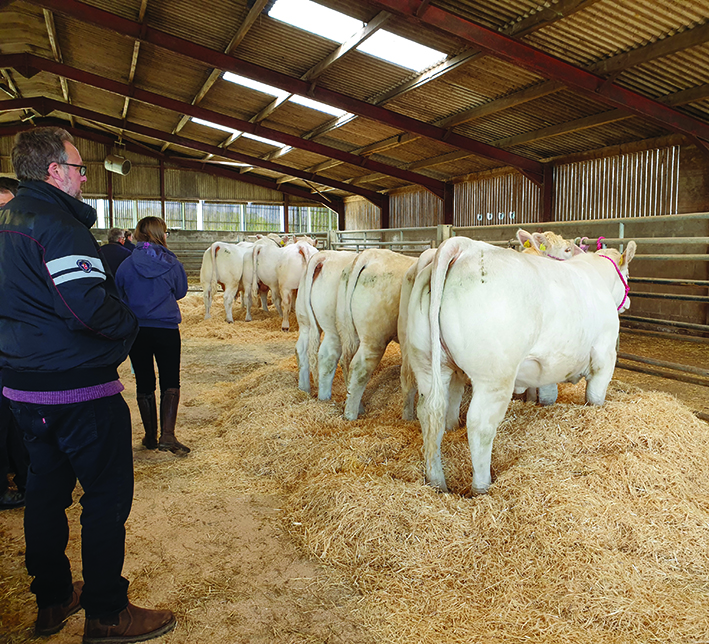 This year’s Scottish qualifier was held at Stirling livestock mart on the Sunday evening preceeding the multibreed bull sales on May day. For the first time this was a joint event, with the blessing of United Auctions, with three breeds – Charolais, Limousin and Aberdeen Angus. All three societies along with the Scottish and Northern Charolais club pulled together to organise, promote and run the event which it has to be said was a great success. Hopefully this will be the start of great things to come with breed cooperation for youth events and the future of the beef industry, as all three breeds are keen to work together in the future.

The evening began with the judging of three bull classes, one from each breed. There was a great showing of young people involved competing for the trophies, as well as a healthy amount of open competitors – possibly lured into taking part with the promise of a bottle of whiskey as the first prize.

Each society had selected four cattle to take part for their class, and as usual the sale exhibitors were keen to take part and help out with the showing. After the stockjudging the societies had organised three demonstrations. First up Vet Gareth Boyes from Ark Veterinary Centre, Lockerbie, talked us through a bull inspection. Kay Adam of the Newhouse Charolais and Limousin herd demonstrated showmanship skills to the assembled youngsters, before Alex Brown from AHDB gave a presentation on carcase EBV’s. Each of the demonstrations was really informative, aimed at the youngsters there to compete, and each was really well received.

Thanks must go to the cattle exhibitors who provided bulls for the stockjudging, Carly Mackay from the S&N club who did a fantastic job organising the event, John MacGregor the master judge, Vet Gareth Boyes, Kay Adams and Alex Brown for giving their presentations, United Auctions for letting us host the evening and helping with logistics. We would also like to say a big thank you to everyone who purchased raffle tickets – together we raised £145 for the Scottish Air Ambulance. 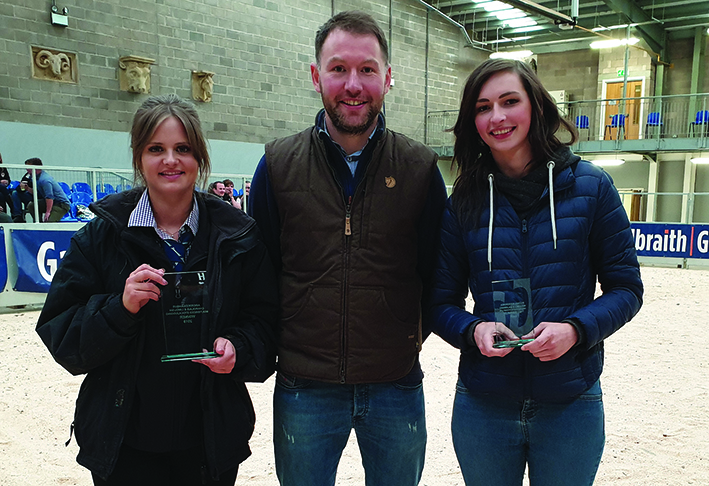 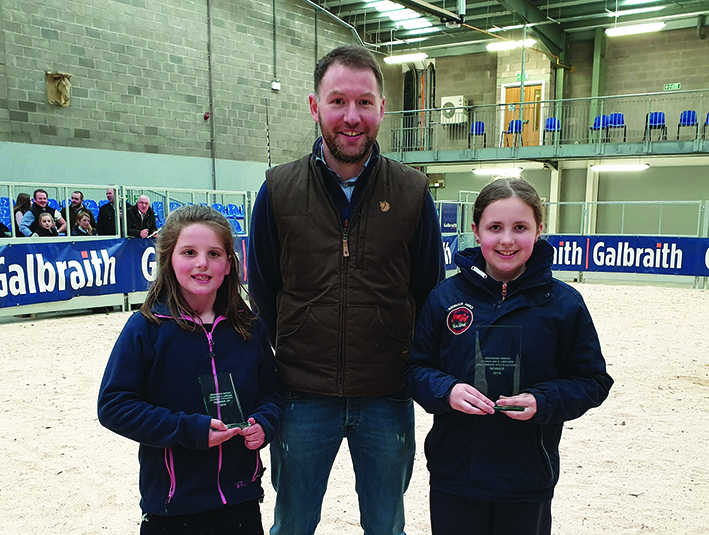 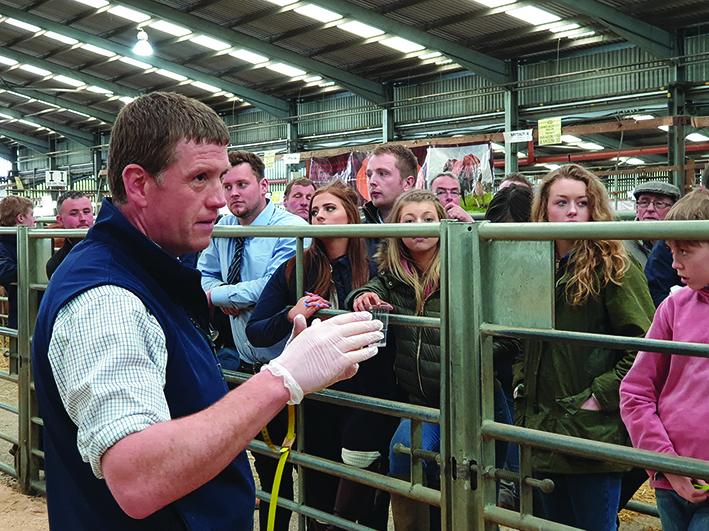 The regional qualifiers continued with the Northern Ireland region and once again, Swatragh mart kindly offered to host. There was a great turnout of youngsters taking part with the hope of securing a place on the Northern Ireland team at the finals which this year will be held at Clogher show on the 31 July.

Previous Charolais national youth final winner Kevin Reavey was the master judge. Kevin, who was incorporated onto the prestigious Charolais judges’ panel after impressing his mentor David Barker of the Caylers herd from Hertfordshire, when he shadowed at last year’s Clogher show, since went on to judge at Dungannon sale earlier this month.

The intermediate winner Erin Quigley of Macken, Co Fermanagh, was also the evenings top scorer and achieved an impressive 146 points.  Just behind with a score of 142 was Mark Reid, Dungannon, Co Fermanagh. 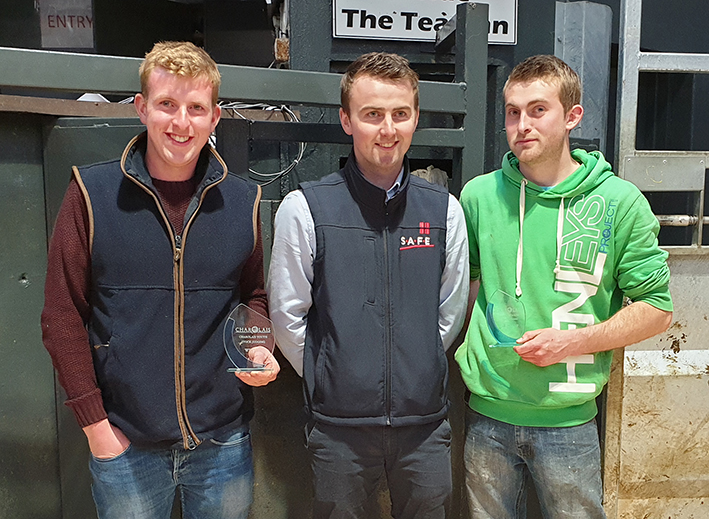 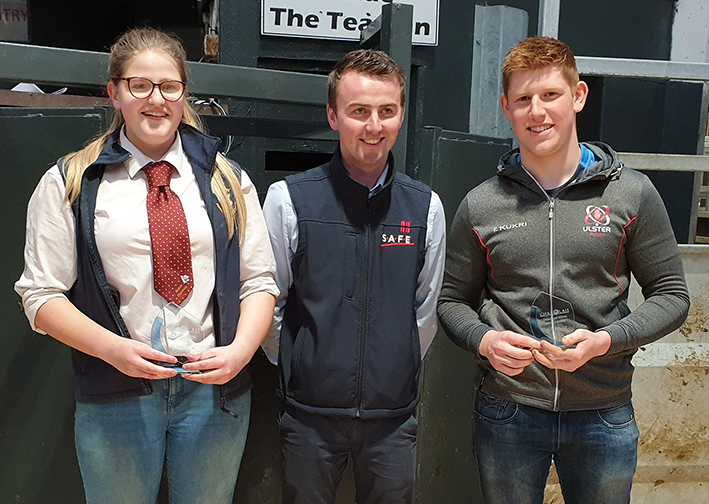 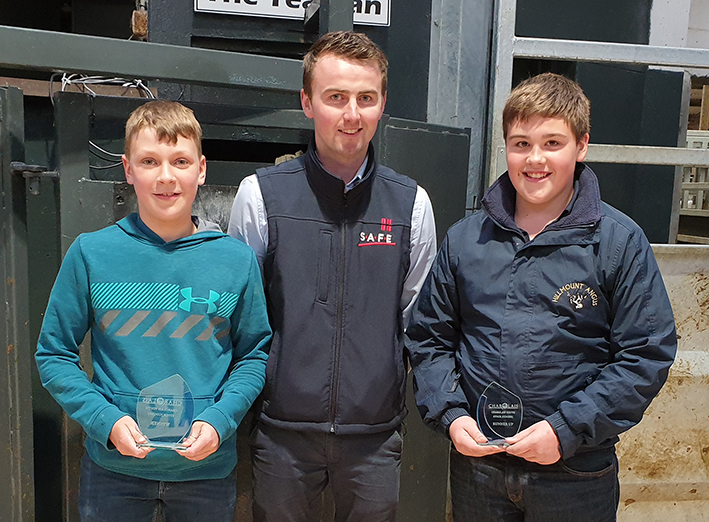 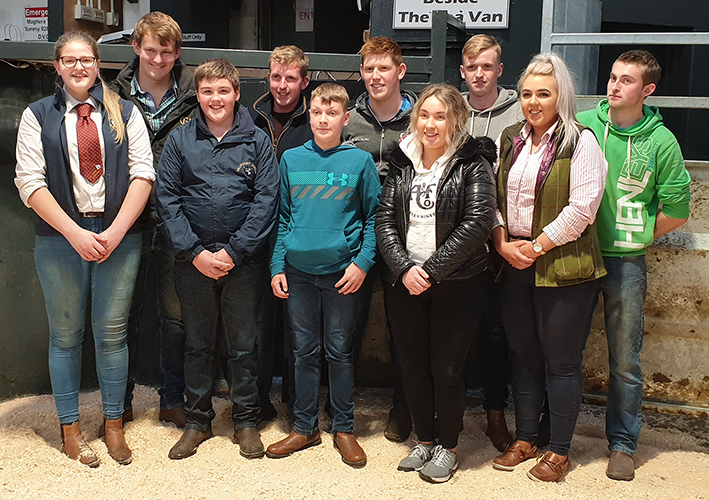 The final qualifier of the year was held in the Yorkshire and North East region and was once again hosted by Billy and Sarah Turner at their Ripon based Brampton herd, on the first Sunday in June.

Brampton is one of the longest established Charolais herds in the country beginning back in 1972 and has gone from strength to strength with accolades including the Raymond Ogden Perpetual Trophy on its first outing in 1982, numerous Supreme Championships at the Perth bull sales and the Royal Show and most recently Brampton Legoman was crowned junior champion at the Great Yorkshire Show. The Turners have also exported Charolais cattle all worldwide including consignments to Brazil, South Africa and Eire. Their top price bull this year sold through the ring was sold at Welshpool in April – Brampton Omg for 5,000gns.

Stockman Antony and Michael had prepared a class of glamourous heifer and a class of handsome bulls and in a change from the norm a class of fat lambs to be judged, a surprise for master judge Robert Strictland! The competitors loved the challenge and rose to the occasion with some good high scores.  The weather looked dubious but managed to hold while the scoring took place and the master judge explained his reasoning and the sun even made an appearance during our afternoon back at Billy and Sarah’s house where we were treated to a wonderful spread and plenty of liquid refreshment.

The highest scorer of the day was the Senior winner Michael Dunbreck who had 144 points and runner up in the senior section was Tom Brown. Both lads have been regulars at Charolais Youth stockjuding competitions and represented the Society at last years Young Show Stars competition where they were rewarded for their efforts by a trip to Canada.

The Intermediate section was headed up by Charlie Hitchen with 141 points and runner up Michael Walsh scored 120. The junior winner was Eden Summer with 138 and just behind on 136 was Tom Hitchen.

We look forward to seeing all of the qualifying competitors at the National Final which this year will be held at Clogher Show, Ireland, on Wednesday 31st July. 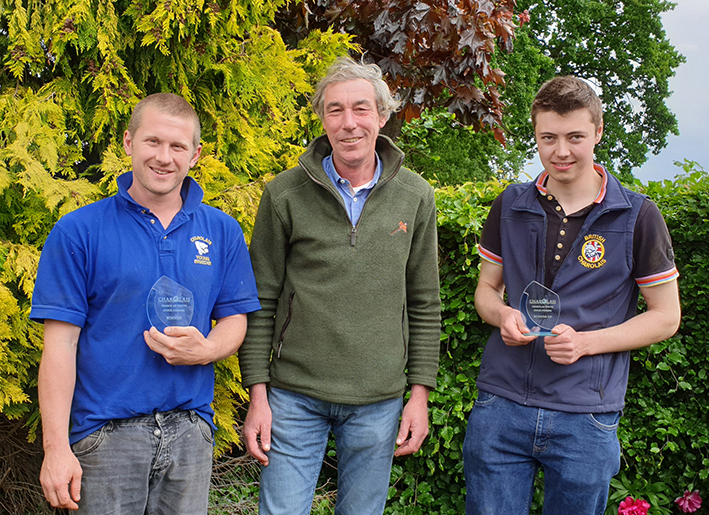 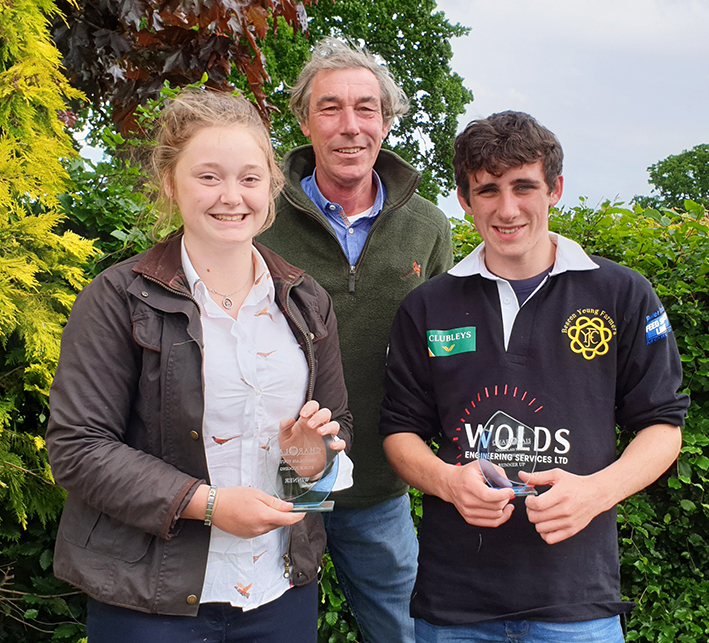 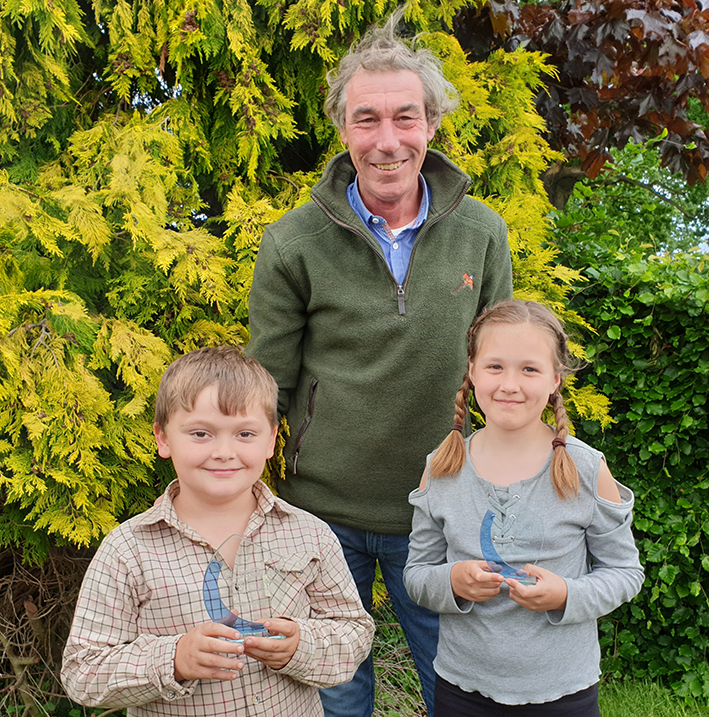 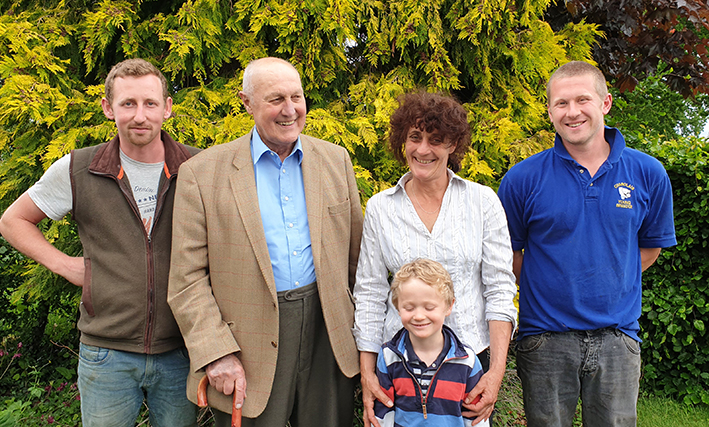 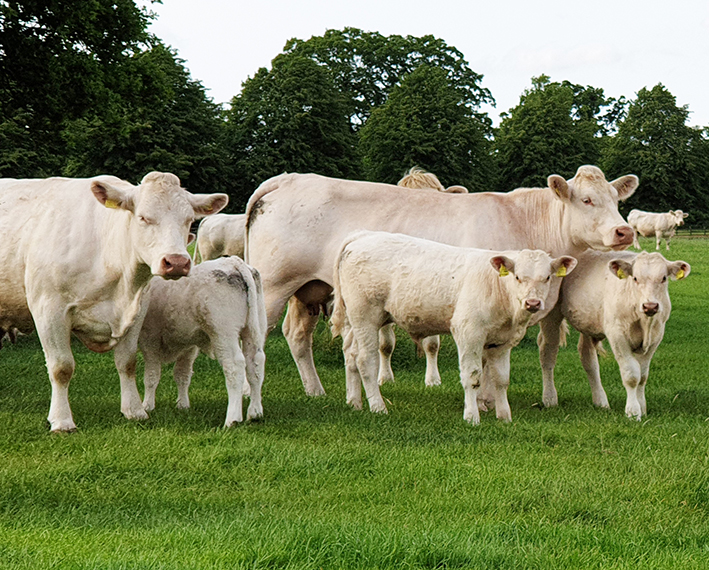 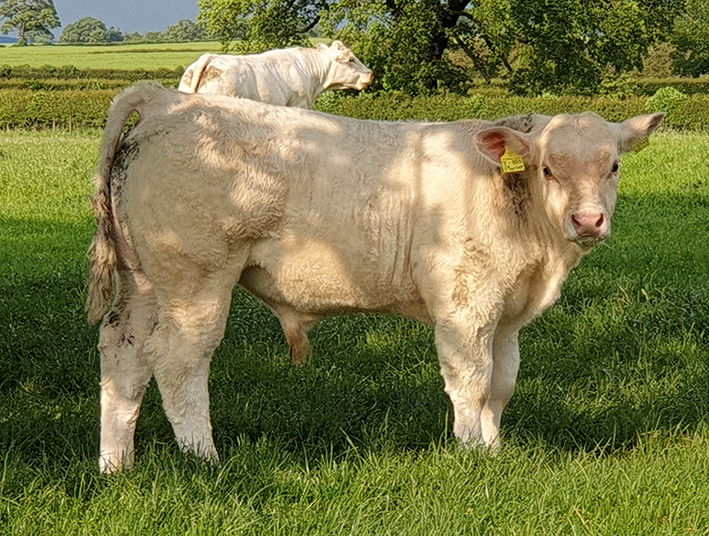 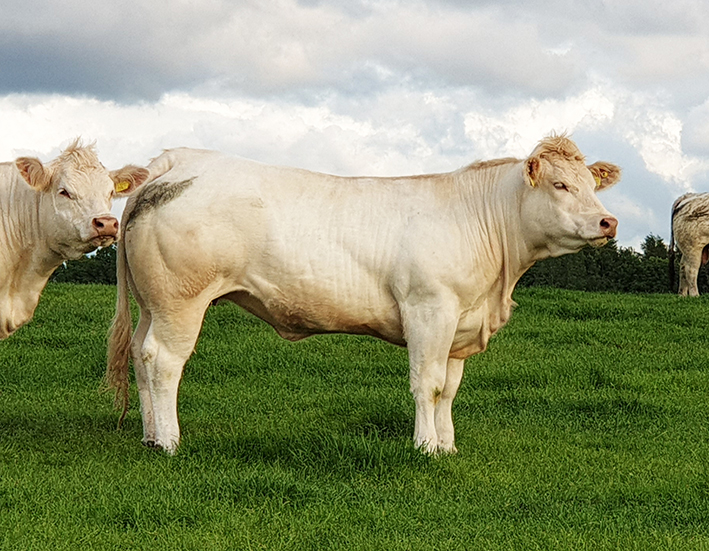 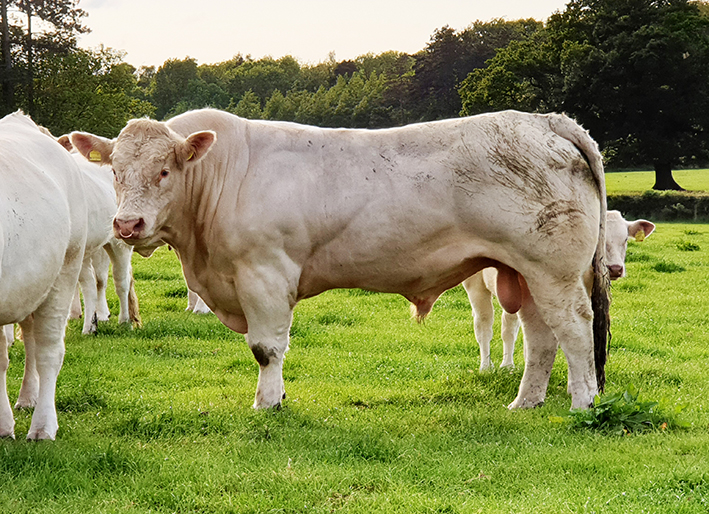