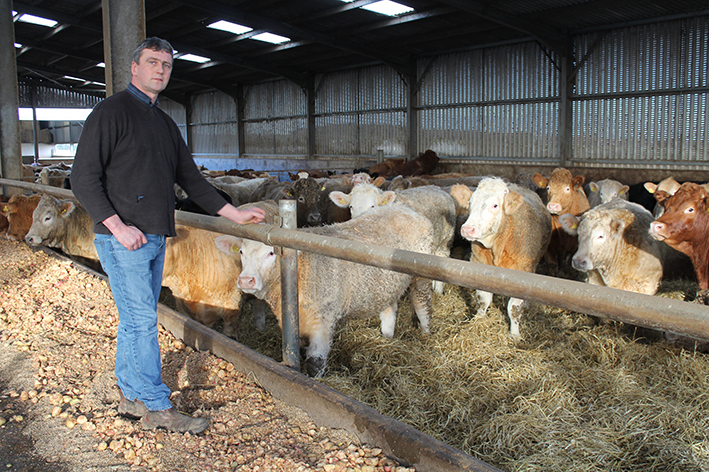 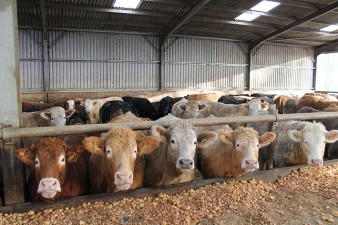 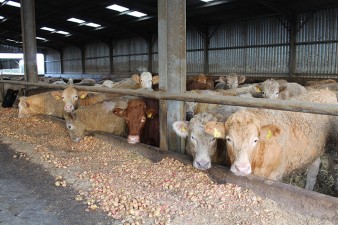 Thank you to everyone who took the time to complete the Charolais Bull Requirements Survey and we are pleased to announce that the draw winner’s Charolais jacket is on it’s way.

The survey has brought up some interesting feedback and it was great to see all of the positive feedback and in cases where the feedback was not so good we are looking at ways in which we can address your comments.

If you would like a chance to win we will be posting more questions in the coming weeks so you will have an opportunity to take part.

A series of free practical workshops to assist beef producers to select the most efficient and profitable breeding lines are being held across Scotland presented by SAC through Farm Advisory Service funding.

With the annual spring bull sales fast approaching the open events are aimed at assisting producers to choose the ideal bull for their herd. These workshops are popular and are proven to be very effective in helping buyers of bulls interpret both EBV’S (Estimated Breeding Value) cards along with  Health Cards (interpreting Johne’s, BVD, TB and IBR status) that are presented in the catalogues and bull pens at the sales.

SAC Consulting Beef Specialist Gavin Hill, who will be facilitating at the meetings, said that the additional financial challenges facing farmers this year mean it is vital producers ensure they buy the right bull for their herds.

“With tighter abattoir specification becoming more widespread, it is especially important for farmers to select bulls that complement their cows in order to ensure they produce cattle to suit their chosen market,” said Mr Hill.

“Some producers are also moving towards more maternal cow types in order to have a cow suited to her farm environment. They are combining this with looking to achieve increased fat cover, good fertility and good longevity and it is important to bear this in mind when selecting a bull.”

However, Mr Hill warns care must be taken with this strategy to achieve the correct balance since many abattoirs report heifers being slaughtered with too much fat cover resulting in penalties to the finisher.

“The EBV for fat cover has become more important,” he said. Previously, recorded breeding bulls have been rewarded for leanness. However, this has led to cattle reaching very heavy weights with little fat cover being laid down.  This is no longer in such demand by finishers following the cap on finished weight being demanded by processors.

“However, producers cannot suddenly change overnight and breeding decisions made now will not generate results for some time. With this in mind, specifications such as weight limits must be consistent to allow producers to make informed decisions when purchasing bulls.”

Mr Hill believes that EBVs are another tool to use when purchasing bulls alongside visual assessment. Comparing the use of EBVs with buying a car, he says: “EBVs will not tell you how a bull was reared or how it has been fed, but using them does give you an idea of what is going on under the bonnet.”

He advocates that first a visual assessment should be carried out for character, shape, conformation, legs and feet – all of which EBVs cannot convey.

An EBV is a value which expresses the difference (plus or minus) between an individual animal and the breed benchmark to which the animal is being compared. However, herd management also has an important role to play here as with EBVs such as calving ease. Mr Hill added: “Remember at calving time, how easily the cow will calve is 75% down to management and 25% genetics!”

Part of the workshop will also include an explanation of the Health Cards by Ian Pritchard, covering Johne’s and BVD (Bovine Virus Diarrhoea) available at the bull sales. It is increasingly important that the bulls purchased for the farm have the desired health status and the purchaser is fully aware of it. .

The EBV workshops will be held from 11am to 3pm at: