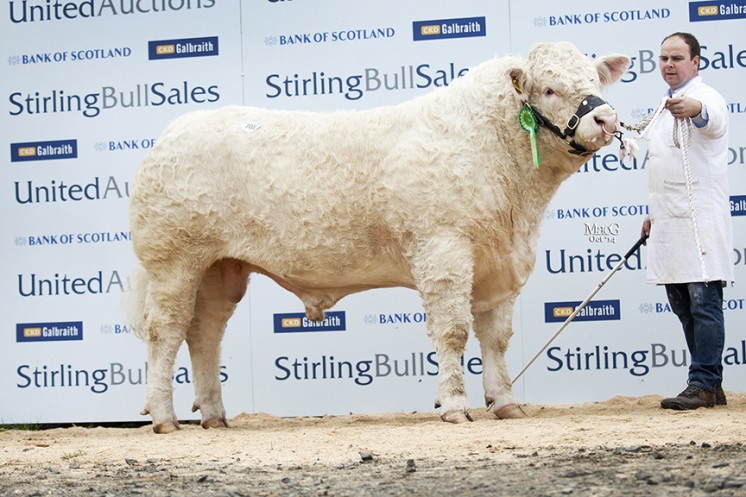 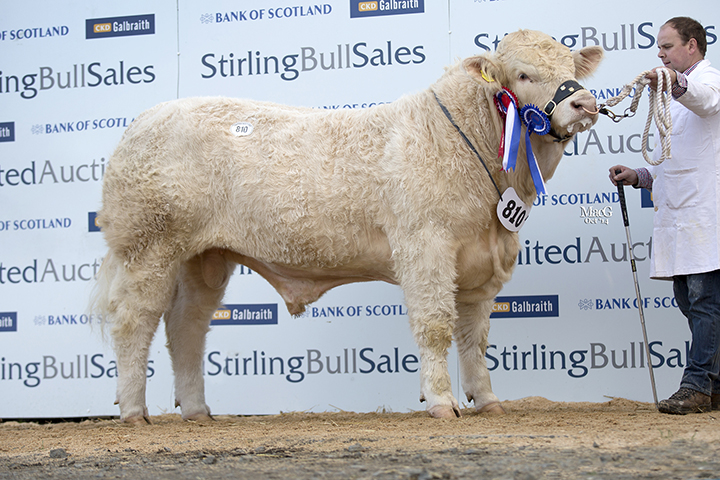 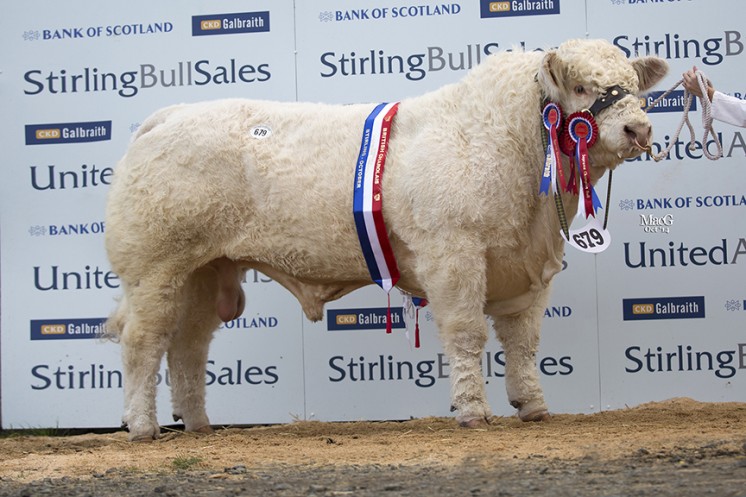 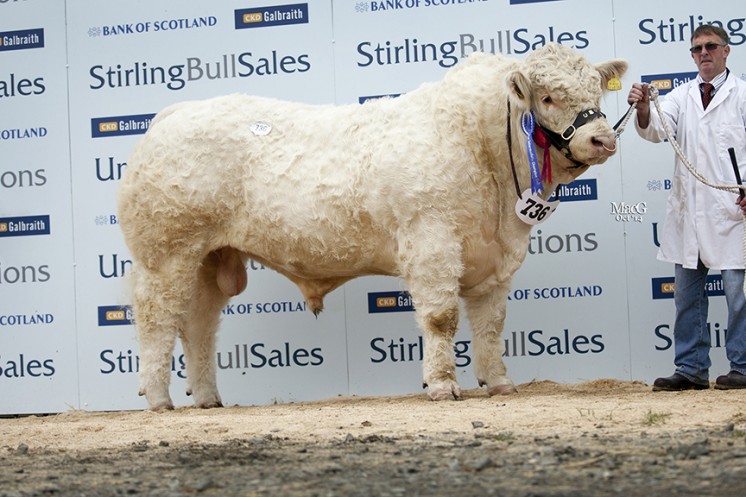 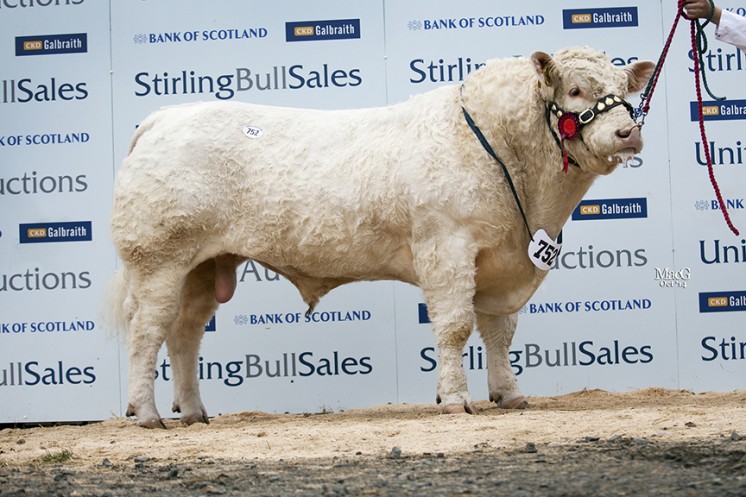 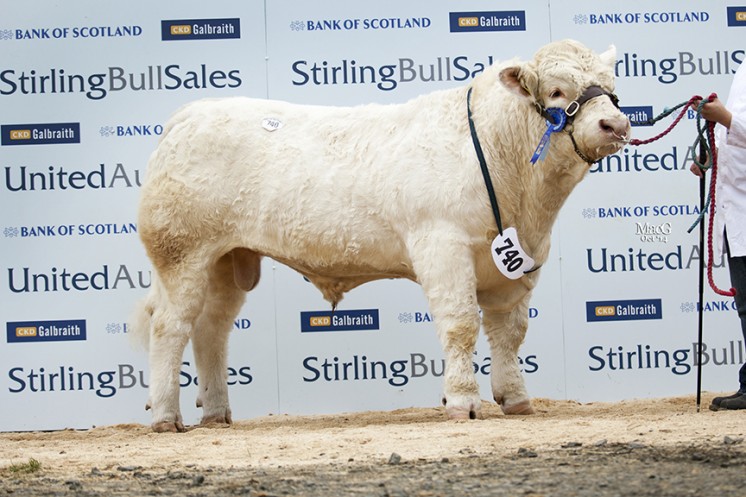 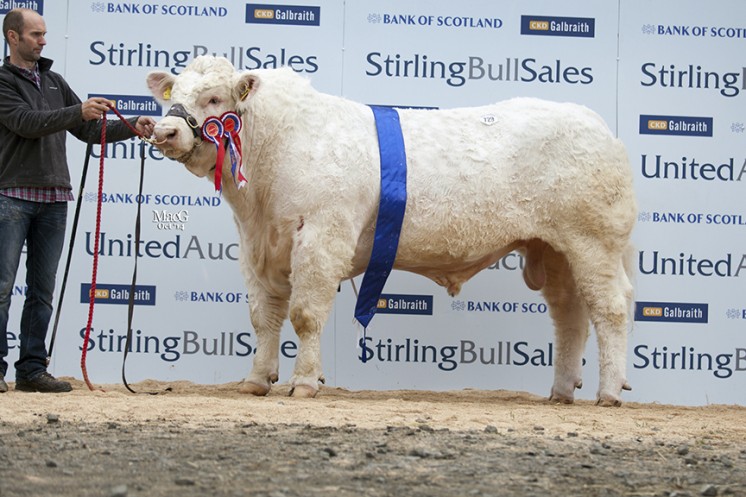 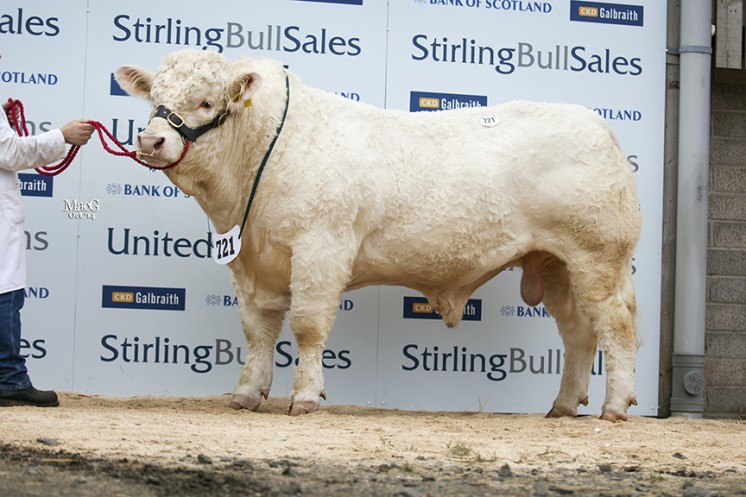 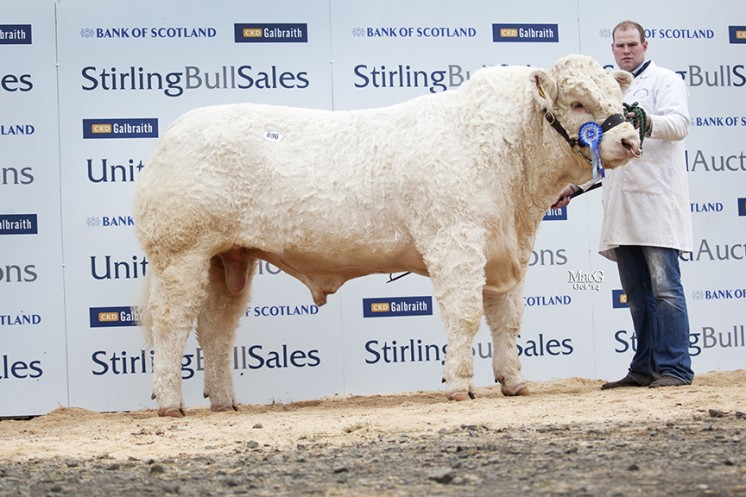 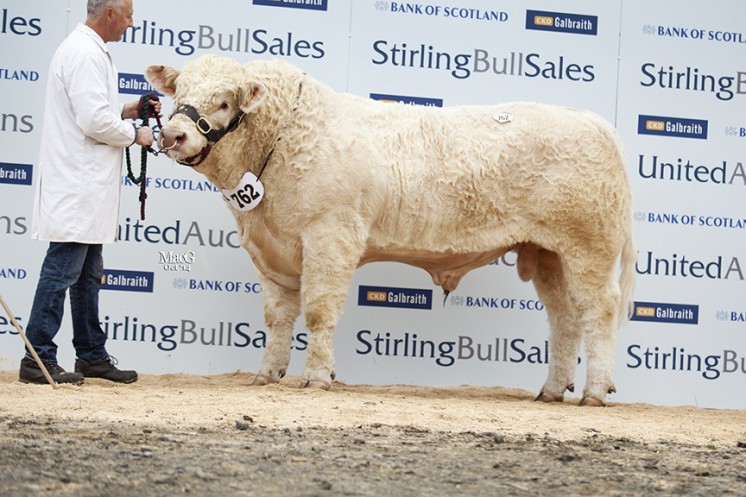 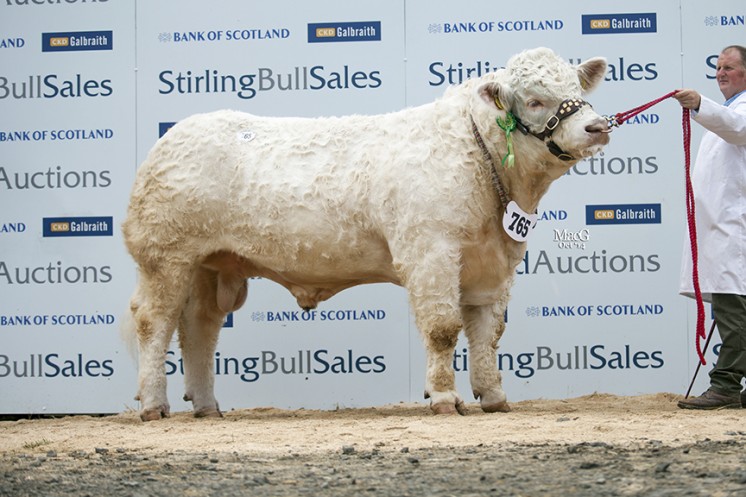 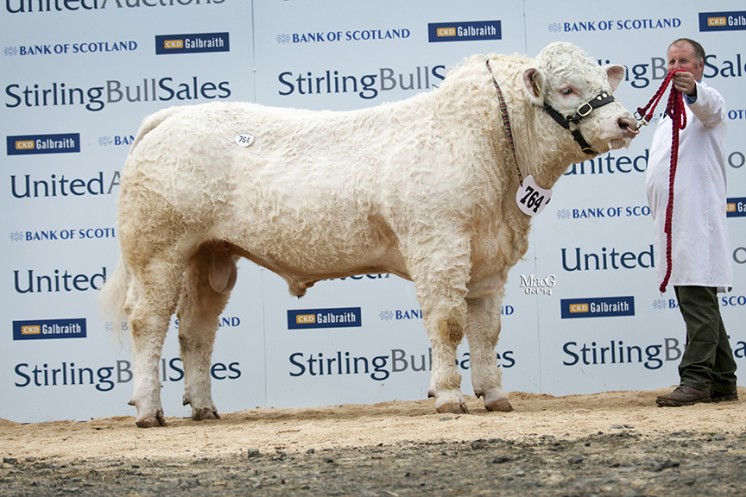 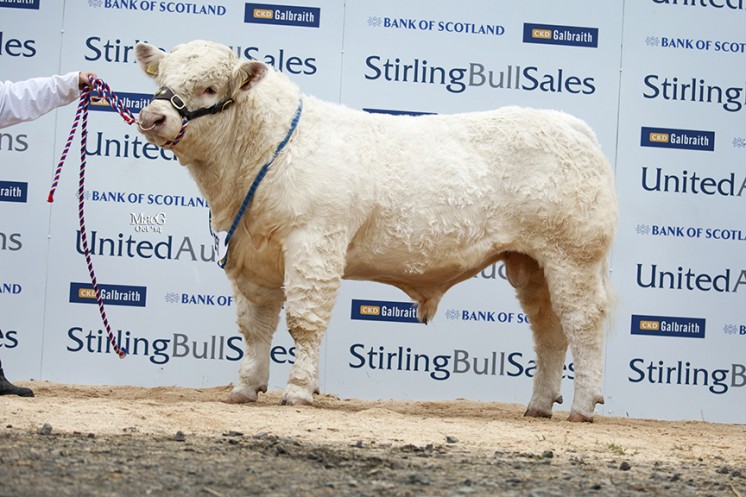 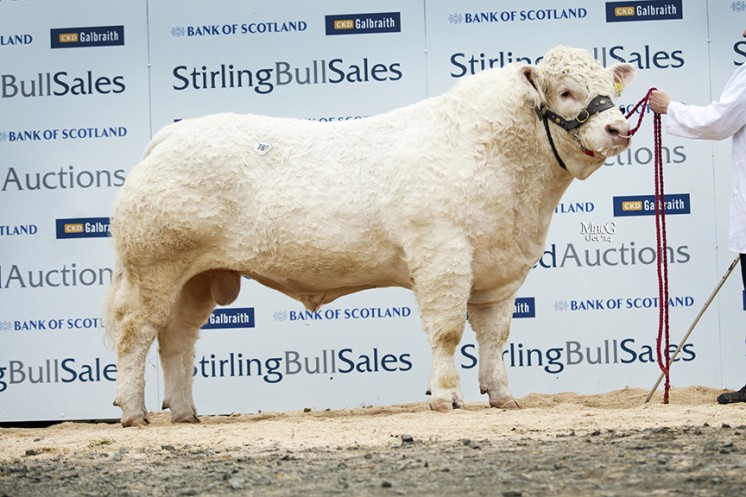 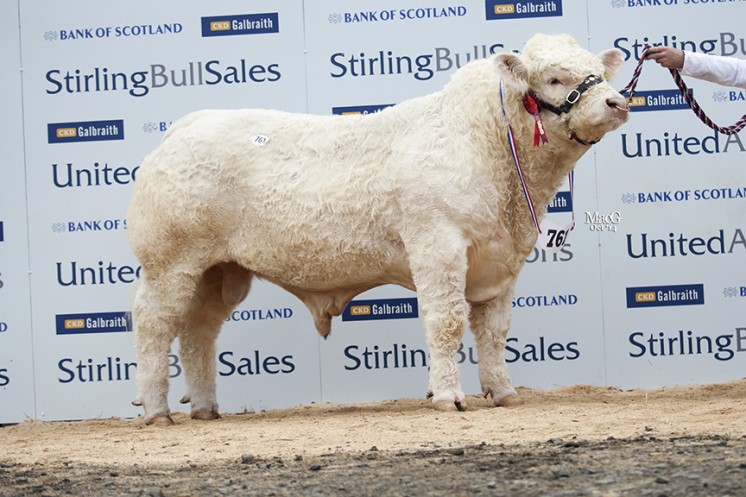 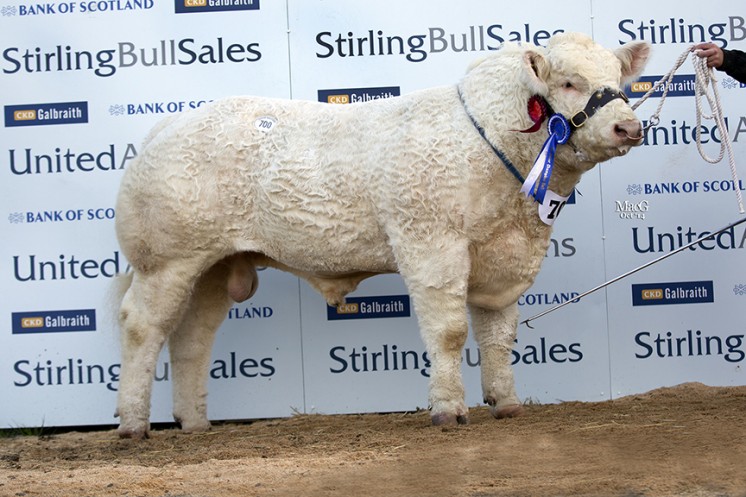 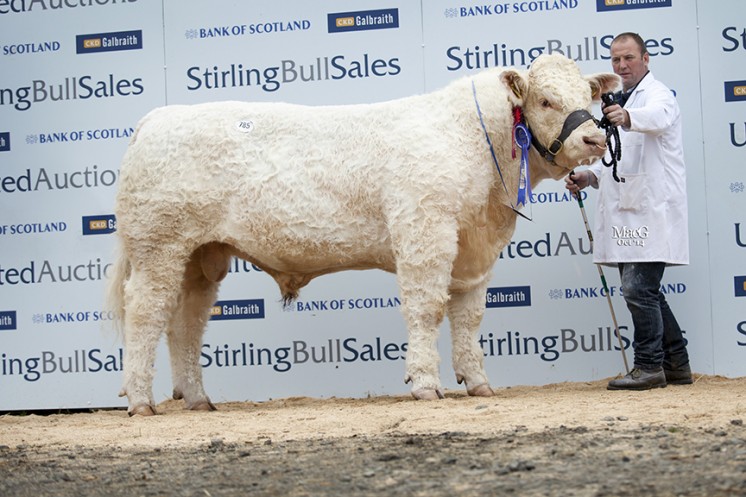 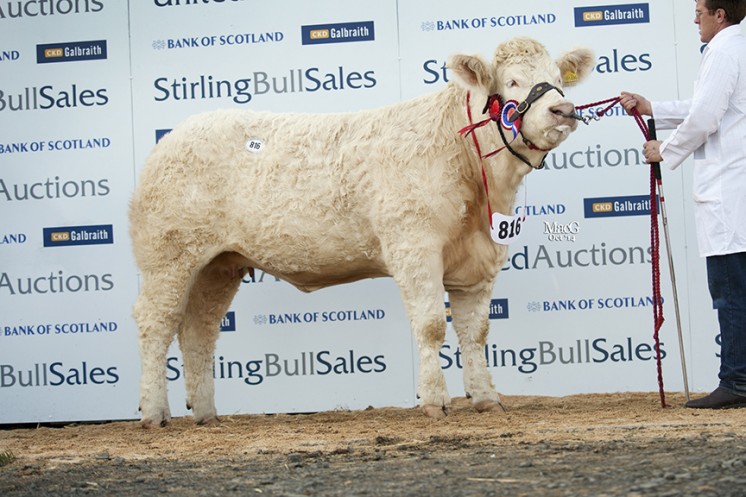 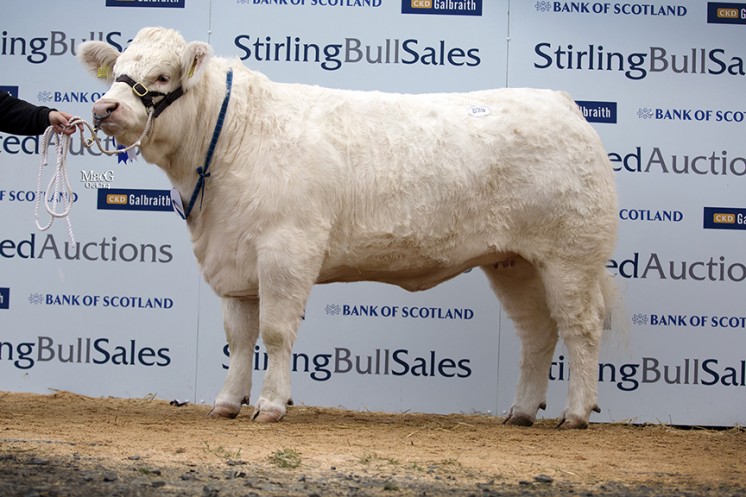 Charolais females were in demand selling to a top of 4,200gns when the Shraden herd was dispersed on behalf of the executors of WRJ Everall in Welshpool on Thursday 9 October.

Three entries shared a 4,000gns bid. First to go was the 11 year old Shraden Ugenie, by Balthayock Matthew and sold with Shraden Jinny, a six month old heifer by Thrunton Fairfax. The buyer was Charlie Boden who minutes later made another 4,000gns bid for the Shraden Talisman sired Shraden Cyan, a seven year old with her five month old bull, Shraden Jupiter by Foreman. His final cow and calf pair at 3,500gns was the six year old Shraden Design by Mowbraypark Paramount and offered with Shraden Just Dazzling, a four month old heifer by Foreman.

The final 4,000gns call was made by E and H Chapman, Oakley Park, Llanidloes for Shraden Immortal, an 18 month old bull by Shraden Calypso and out of a homebred dam by Balthayock Matthew.

Another Calypso son, the three year old Shraden Georgio was in the money at 3,800gns to HJ Patrick, Portfieldgate, Haverfordwest. Shraden Icicle, a 17 month old Shraden Osram son was secured for 3,600gns by JC Heard, Okehampton.

Another entry by Matthew, this time Shraden Damson, a six year old sold in calf to Balthayock Hamish made 2,900gns to HB Allman and Sons, Sutton St Nicholas, Hereford. Shraden Eloise, a rising six year old by Talisman and in calf to Shraden Georgio made 2,500gn to J Wale, Clunderwen, Pembroke.

Next among the bulls were two 14 month old Calypso sons. First at 2,800gns was Shraden Inferno to JT Corbett, Penrhos, Llanymynech, whilst Shraden Ingot made 2,700gns to JW Hopkins, Newtown, Powys.