Trade held up well at the Charolais Society sale where buyers came out in force to ensure a steady demand which resulted in the averages improving by £815 from last year, at Stirling on Monday 7 May. Bidding peaked at 9,200gns, 15 lots traded at five thousand and above and 27 bulls sold to an average of £5,402 with and 82% clearance rate.

The sale leader was the September 2016-born Goldies Moonlight from the day’s top selling vendor Hamish Goldie, Ruthwell, Dumfriesshire, who sold four bulls averaging £8321.25 apiece. Moonlight is sired by the top performing 15,000gns Gretnahouse Heman, while his Dam Goldies Judy is from same female line as the Stirling February top priced female and champion Goldies Madame who is herself sired by the 34,000gns Perth supreme champion Goldies Uppermost. The successful bidder at 9,200gns was Colin Morrison from Lochboisdale, Isle of South Uist. 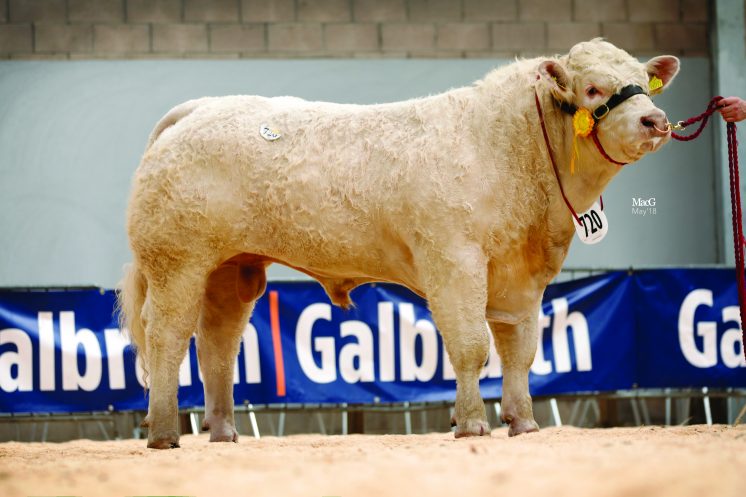 Also in the money at 7,800gns for Mr Goldie was the yellow ticket winner and 18-month-old Goldies Moonbeam who caught the eye of Mr Macintyre, Southend, Argyll. He is the first son for sale by the homebred and retained Goldies Jetset and his dam Goldies Hazel, who goes back to the 12,000gns Goldies Elation has previously bred an 8000gns son. 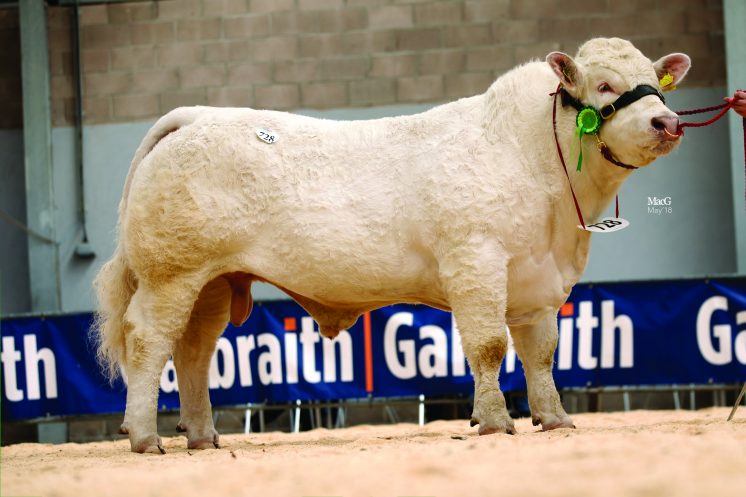 Next to sell for Mr Goldie at 7,500gns was Goldies Mercedesbenz who stood second in his class at the pre-sale show. His dam Goldies Irene is a daughter of Blelack Blackberet and he is sired by the short gestation easy calving Goldies Formidable who has bred over 100 progeny into the herd and produced 23,000gns and 26,000gns sons. The November 2016-born Mercedesbenz was purchased by WSL Muir, Stenness, Orkney.

Goldies Michael, the final top price offering from Hamish Goldie, was snapped up for 7,200gns by the Aitken Bros, Linlithgow, West Lothian. Michael is a 19-month-old heifer’s calf by the aforementioned Gretnahouse Heman, his dam Goldies Jean goes back to Goldies Formidable. 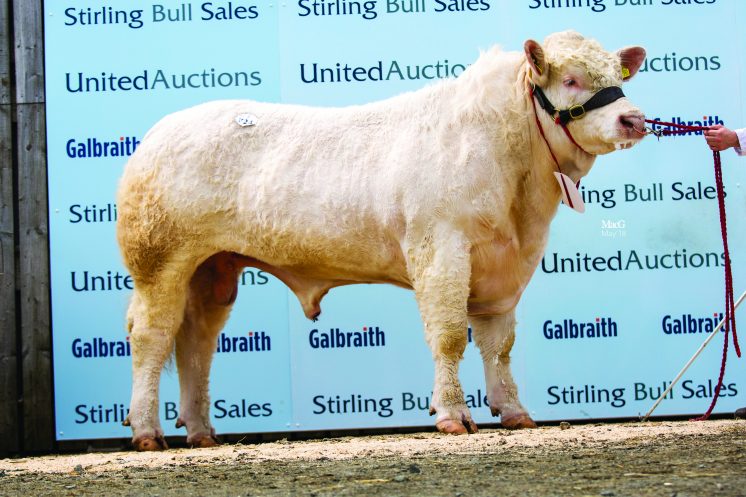 The days reserve champion came from the JHC Campbell & Sons, Alnwick, Northumberland and is by Thrunton Gladiator who has sired more than 160 progeny into the herd. The June 2016-born Thrunton Maestro, who was purchased for 8,000gns by G Wilson and Son, Glenkindie, Aberdeenshire, is out of Thrunton Hirondelle who goes back to Thrunton Doubletop. 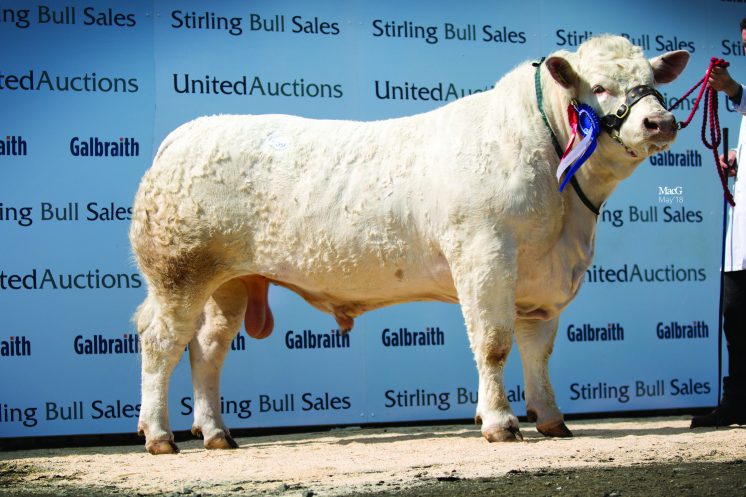 Next from the same vendor was another Gladiator son. Thrunton Monty, a 19-month-old, whose dam Thrunton Amelia is sired by the 15,000gns Carlisle supreme champion Burradon Talisman, was purchased by Lour Farms, Ladenford, Angus, for 5,500gns.

Purchased for 7,500gns by the RSPB, Loch Gruinart Reserve, Isle of Islay, was the 11,000gns Woodpark Elgin son Spittalton Newton. Newton’s, a 15-month-old whose dam Elrick Idelle is a daughter of the 11,000gns Maerdy Dublin, was offered for sale by John Burnett and Sons, Blairdrummond, Stirlingshire. 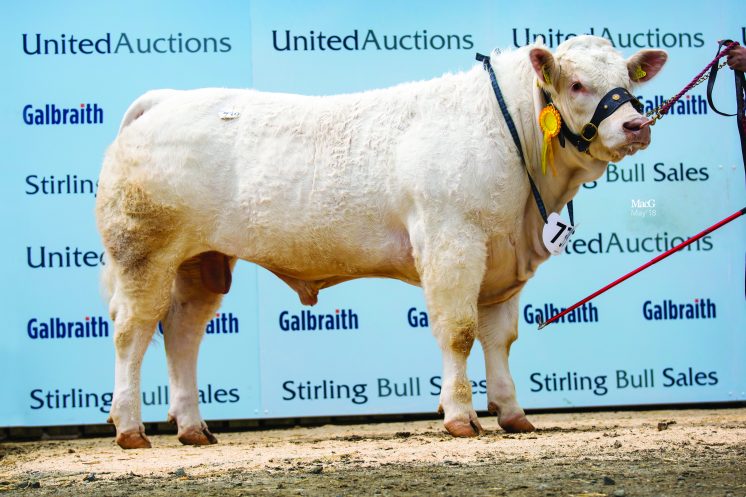 The next highest price of 6,500gns was paid for Baillieston Mint, a yellow ticket winner from Ronnie Baillie, Toab, Orkney. Sired by the 25,000gns Stirling supreme champion Maerdy Hasse and out of Baillieston Gretel, a 15,000gns Maerdy Deiniol daughter, the May 2016-born Mint was knocked down to Glenpark Farms, Balerno, Midlothian. 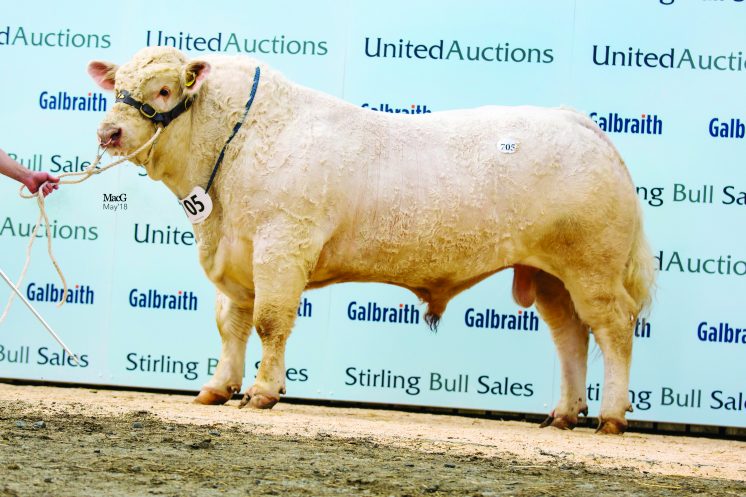 Two bulls then came under the hammer for 6,200gns, with the first being a 19-month-old class winner Spittalton Maverick from the aforementioned John Burnett and Sons. Out of the same dam as Newton but this time sired by the 31,000gns Carlisle reserve supreme champion Whitecliffe Highlight, he was purchased by C and C Adam, Cushnie, Aberdeenshire. 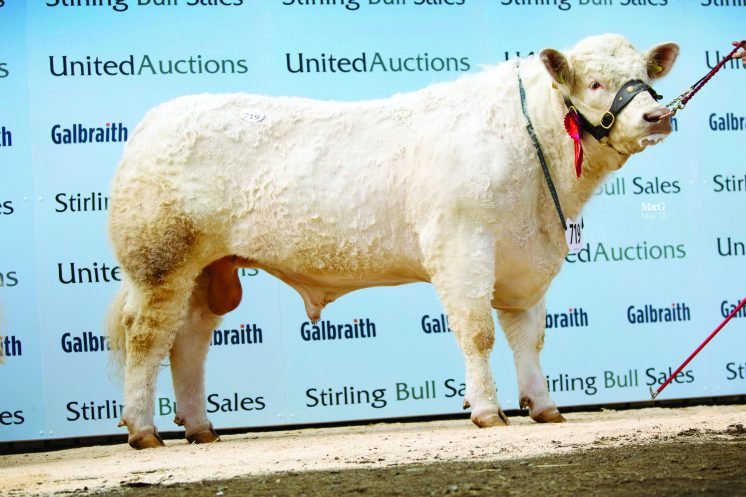 Matching the 6,200gns price tag was a November 2016-born entry from Peter and Allen Drysdale, Blairgowrie, Perthshire. Glenericht Manhatten, caught the eye of J and R Mitchell, Auchterarder, Perthshire, is out of the Blelack Digger-sired Glenericht Glamourgirl and by the 15,000gns Highland Show junior beef cattle interbreed champion Maerdy Hwre. 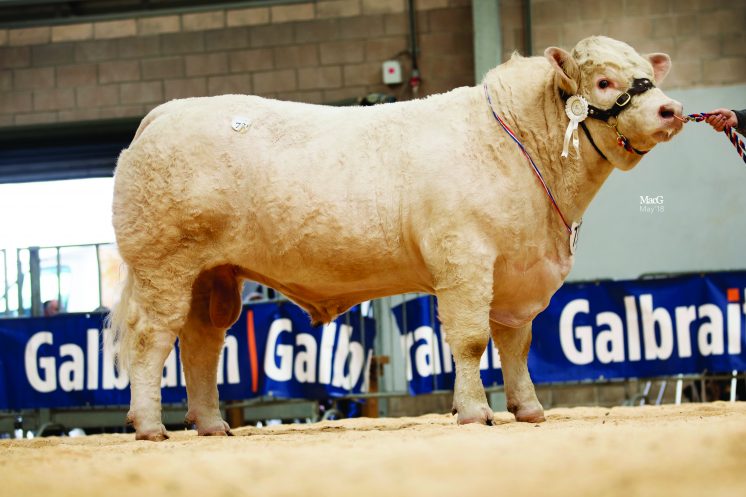 A class winner from Neil Barclay, Insch, Aberdeenshire, was next up, also selling for 6,000gns. Harestone Macbeth, a 19-month-old who is sired by the 16,000gns Stirling supreme champion Thrunton Fearless and out of the Irish-bred Barracks Ulna, goes on to work in Halkirk, Caithness for Alan Mowat and Sons. 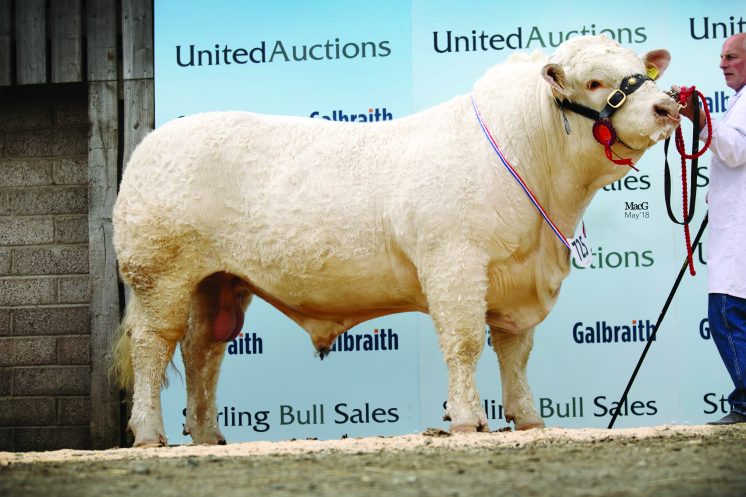 Minutes earlier, Aitken Bros, Linlithgow, West Lothian, paid 5,800gns for another of the above-mentioned Ronnie Baillie’s lots. The 22-month-old and blue ticket winner Baillieston Morris, also sired by Maerdy Hasse is out of Baillieston Amy, who goes back to Haymount Royce. 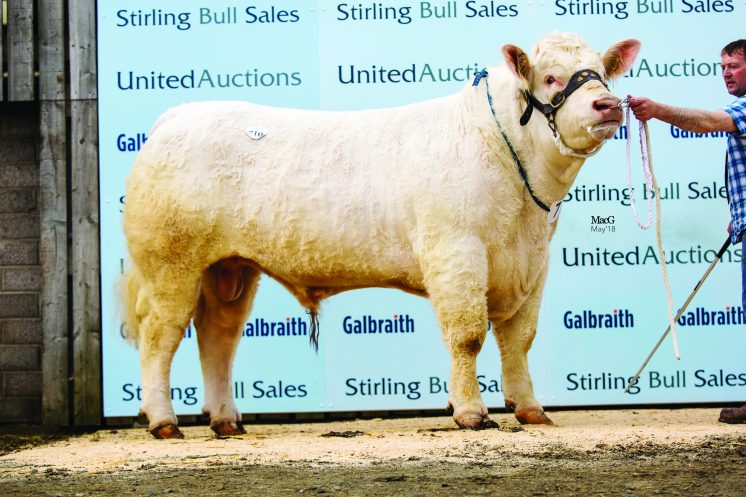 Also hitting the 5,800gns price tag was the day’s champion from Jim Muirhead, Arbroath, Angus. Firhills Majestic, a 17-month-old who is by the 20,000gns Royal Welsh show supreme champion Maerdy Grenadier, is bred out of the 14,000gns Perth reserve senior champion Goldies Banker-sired Ugie Heidi, and was purchased by June Mackenzie, Boat-Of-Garten, Invernessshire. 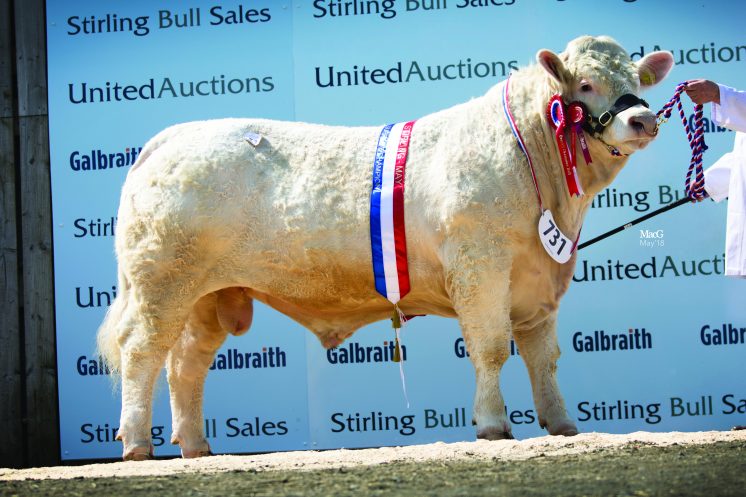 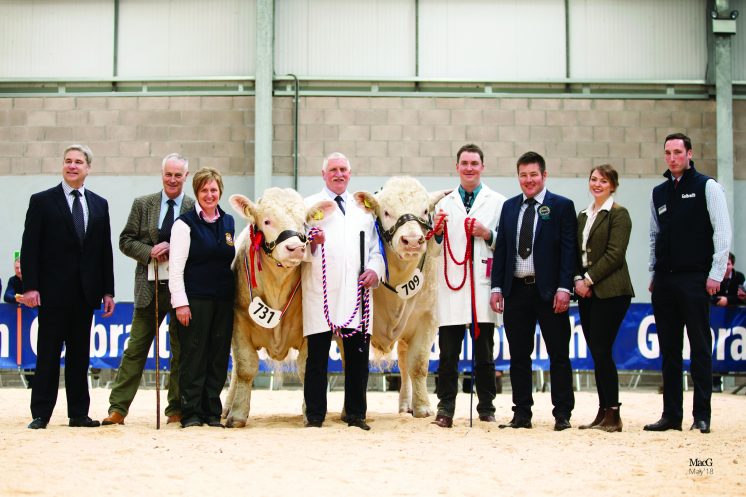 Neptune amongst the stars at Carlisle » « Dungannon Charolais sell to 4,500gns