British Charolais Cattle Society chief executive, David Benson has been awarded the Presidency of Charolais International, the breed’s umbrella organisation for 27 member countries. The honour was made in recognition of his 40 year career working with Charolais. 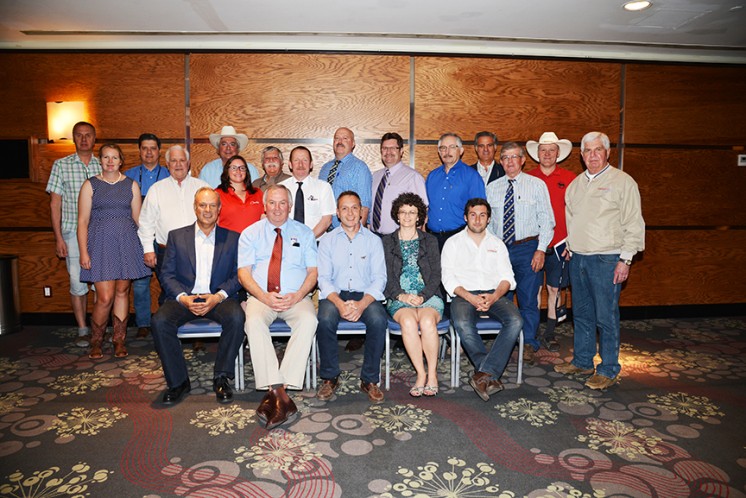 “I feel extremely honoured to receive this award in recognition of my commitment to Charolais both in the UK and on the international platform,” he said. “In the next 12 months, prior to my retirement, I look forward to re-engaging with lapsed herdbooks, sharing marketing and promotion strategies and encouraging more herdbook delegates to attend technical briefings at which discussion will be focused on genomically enhanced EBVs taking on a higher profile amongst pedigree Charolais breeding.”

Charolais International’s past president, Helge By, of Saskatchewan, Canada said: “We are pleased David Benson was elected as he has been an outstanding ambassador for Charolais not only for Britain, but also internationally. Apart from heading up Charolais in Britain for almost 30 years, he has been a staunch supporter of our activities and led the organisation of two hugely successful world congresses and a technical congress hosted by the British Charolais Cattle Society and each attended by more than 200 delegates. David is the first breed society official to be awarded the presidency; we believe him to be a worthy recipient.”