The Charismatic Charolais team – Abbie Anderson, Alan Burleigh and Donald Maclean – arrived on Wednesday 23rd March and wasted no time in getting their stand ready and their cattle (kindly supplied by Mortimers farm) settled. Each team was given a standard area in which to house the cattle and in addition a three by one meter display area to be used to promote themselves, their cattle, breed and sponsors using materials that they had prepared in advance. 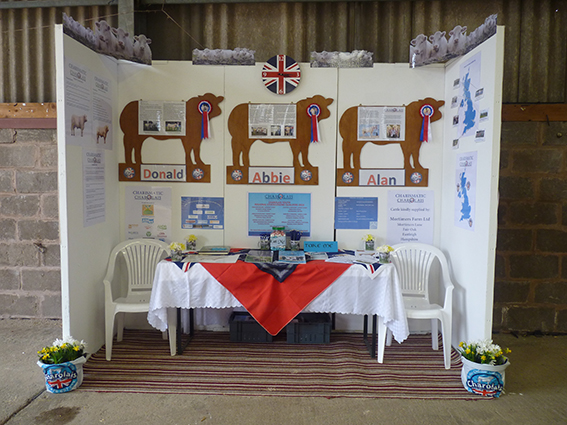 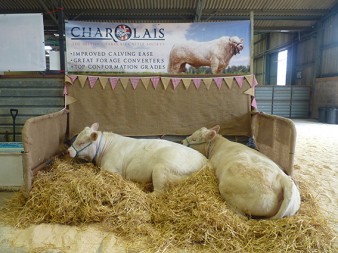 Mortimers Lovely and Ladyluck settled in

After setting up their stalls the competitors were welcomed by the event host Neil Lloyd and announcer Clive Davies. They then began the stockjudging competition which is unique in the fact that there are six cattle in the pen. The three competitors each had to nominate the two that least fit the desired criteria which was potential, then place the remaining four in the traditional way. After the time was up Abbie was called to give reasons on the animals that she had picked, and disregarded and the boys filled out a questionnaire for the Skill-a-thon section. Once the stockjudging task was out of the way the team fed and watered their cattle and had a look round then we headed off to the hotel for the evening. 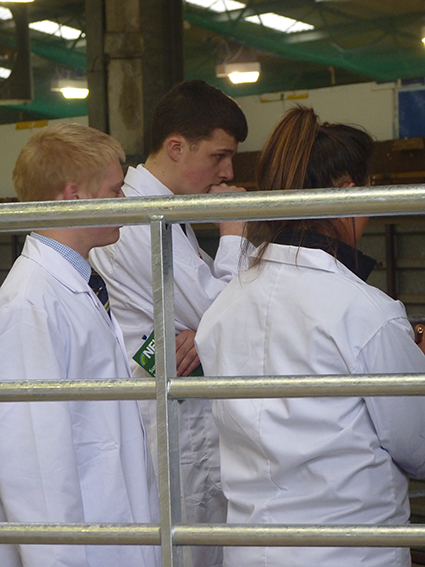 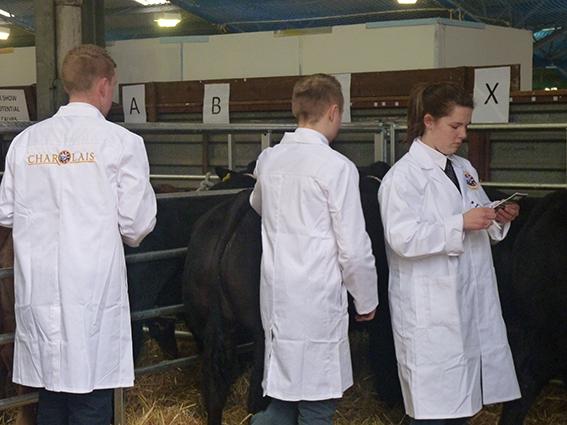 Abbie and Alan get in on the stockjudging

We were up bright and early on Thursday morning and arrived at the show ground at half past seven. After checking and feeding the cattle the team fitted in a quick breakfast before getting themselves ready for the main part of the competition – preparing the cattle for the show ring which began at eight thirty and ran until twelve. This is the time that Abbie, Alan and Donald along with all of the other beef teams spent washing and clipping the heifers. At noon there was an hour’s break for lunch and then the teams had one last hour to finish preparing the cattle, they used this for soaping and combing and the finished result was great. During all of this time the judges were moving through the lines and judging the competitors on their clipping and presentation including on how tidy they were, health and safety, their competence in working with the stock and knowledge. The Charolais team excelled in this area being third overall in the section with 268 points from a possible 275. 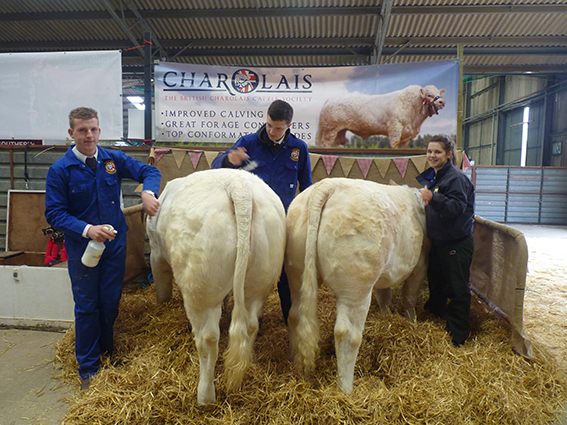 Alan, Donald and Abbie hard at work preparing the cattle

The ringcraft section came next and the team had to keep their cattle ready during the delay in proceedings and also put on their shirts, ties and white coats. I think you’ll agree that they look very smart! 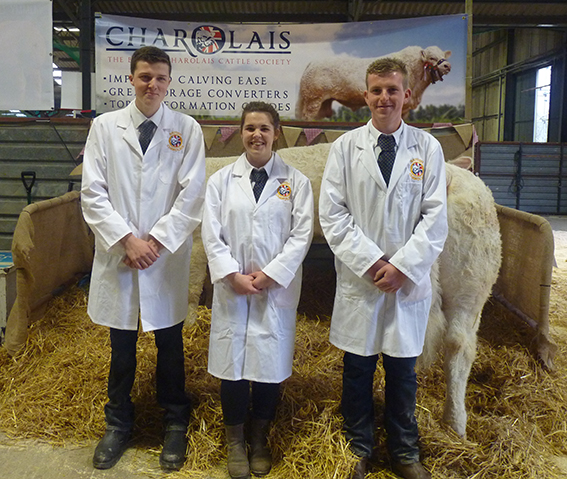 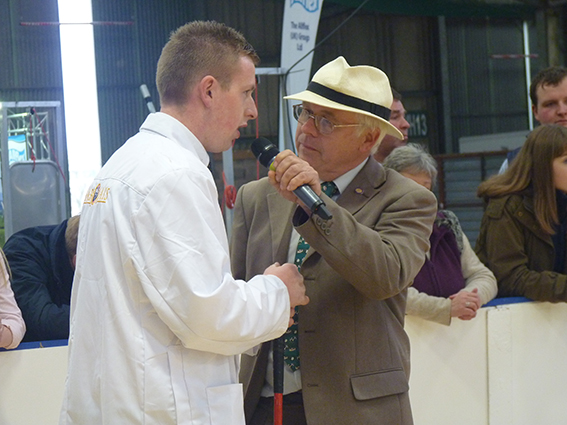 The two eleven month old heifers – Mortimers Lovely and Ladyluck behaved faultlessly under the teams supervision and their time in the ring was soon over. They took the cattle back to the stall and settled down to watch the other two groups of 6 cattle through the ring. 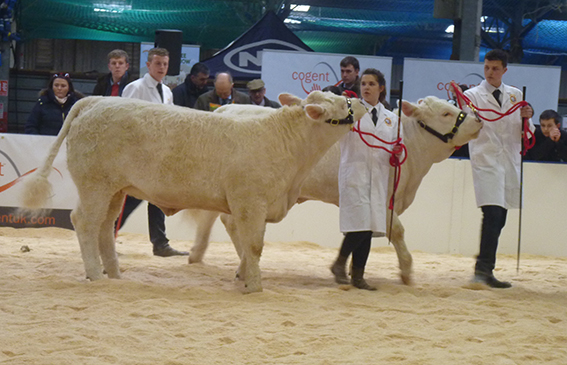 The team take the cattle around the ring 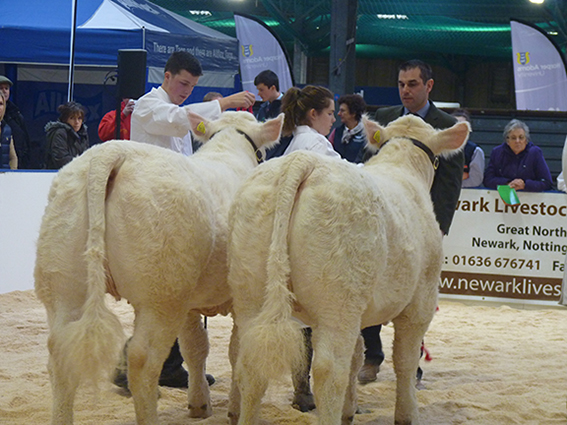 Our team were placed sixth overall with an impressive total score of 832/1000 and topped both the Scrutineer and Skill-a-thon sections, came second in the Ringcraft section, third on Clipping and Presentation and fourth in the Interview.

By the time we left we had a bit of an epic journey back to the airport which left Abbie ten minutes to board by the time we got there! Luckily she and Alan made it home on time.

We are extremely proud of Donald, Alan and Abbie who were a credit to the Society. We had lots of lovely comments at the show on their presentation of the cattle and how well they did in the ring as well as admiration for the Mortimers animals and would like to thank Abbie, Alan and Donald; Karen and Charlie Maclean and Ken and Charlie Piper from Mortimers Farm.