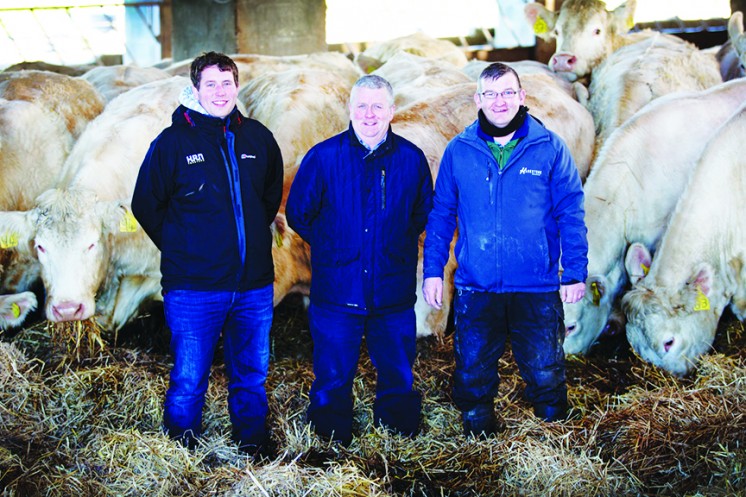 Judge, David Grant, commented: “I knew what type of cattle I’d be looking for – an even herd of good working cows with character and with calves at foot. These cows needed to be even fleshed, not too extreme and be well presented, and that’s exactly what I found at Harestone. This herd ticked all the boxes for me; it’s a herd for the future.”

Stuart Barclay commented: “We are delighted to win these awards which are testament to our stockman Sean O’Brien who also duly received an accolade for his professionalism. We established the herd 30 years ago having started to use Charolais over our commercial suckler herd which now totals 500 cows; since then it has continued to grow to meet demand, essentially for the commercial market place. We select for cattle that are long and clean, have good growth rates and good legs and subsequently we keep only the best cow families; we cull very hard. Herd sires which have left their mark include Ronsar, Harestone Tyrol, Inverlochy Ferdi and Thrunton Fearless.

He adds: “We are continuing to demonstrate what Charolais can actually achieve within our own suckler herd and deliver to market requirements. Until recently we have sold all our Charolais cross calves as 10 month olds in the store ring – steers averaging 475kg and heifers 445kgs, and they invariably found themselves in the day’s top 5% of prices. Recently we’ve taken the decision to start finishing them ourselves; we’re splitting the steers and heifers and starting to feed them harder from weaning at seven months. The first pens of steers and heifers are on target to finish within the target 400kgs deadweight and by 15 months.”