The top price of 5,600gns went to Gilbert Crawford, Maghera, Co Derry for his supreme and male champion Coolnaslee Jenson. This 16 month old son of the 12,000gns Maerdy Fiend and out of a homebred dam going back to the 14,000gns Allanfauld Superscot was purchased by James Richardson, Annaghmore, Co Armagh. 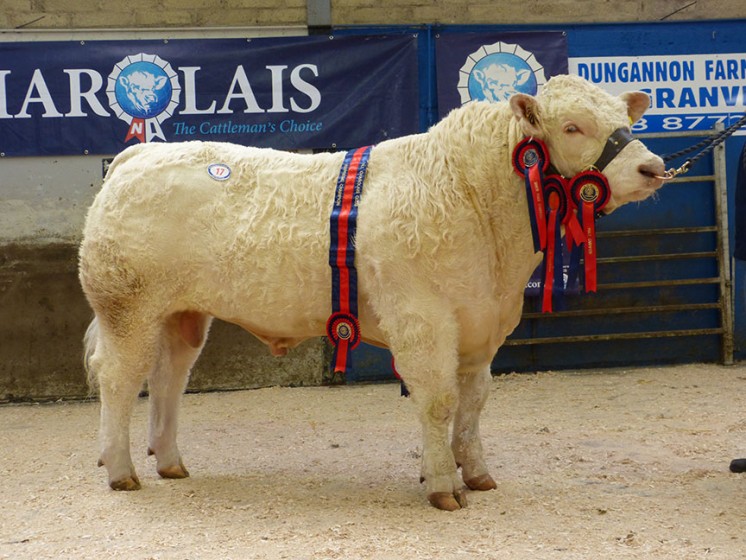 From the same vendor was another Maerdy Fiend son, the 15 month old Coolnaslee Josh who had claimed the junior male championship earlier in the day. He sold to RD Armstrong, Lisburn, Co Antrim for 4,000gns. 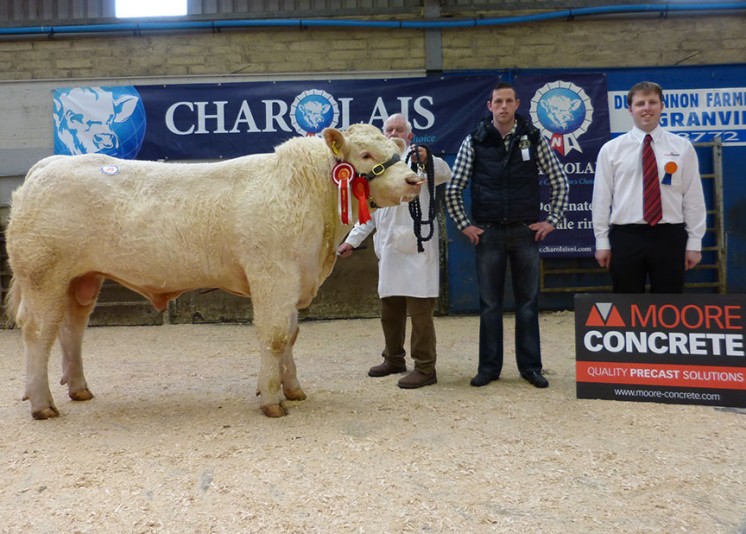 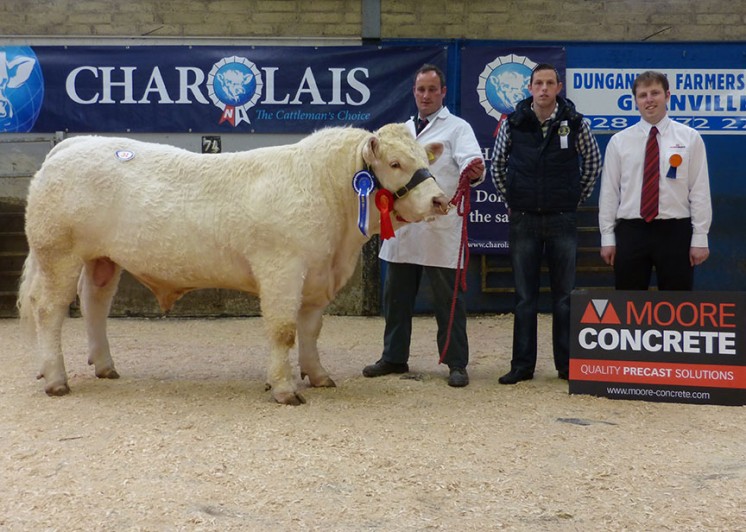 The same purchaser also bought the 17 month old reserve supreme champion Innisrush Igor TI +44 SRI +39 for 3,400gns. Exhibited by William Whyte of Portglenone, Co Antrim Igor is sired by Lochend Apache and out of a homebred dam going back to Doonally New. 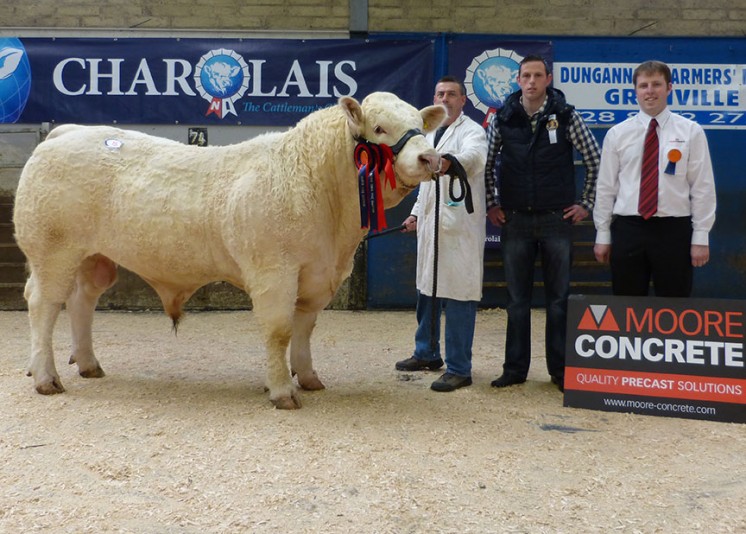 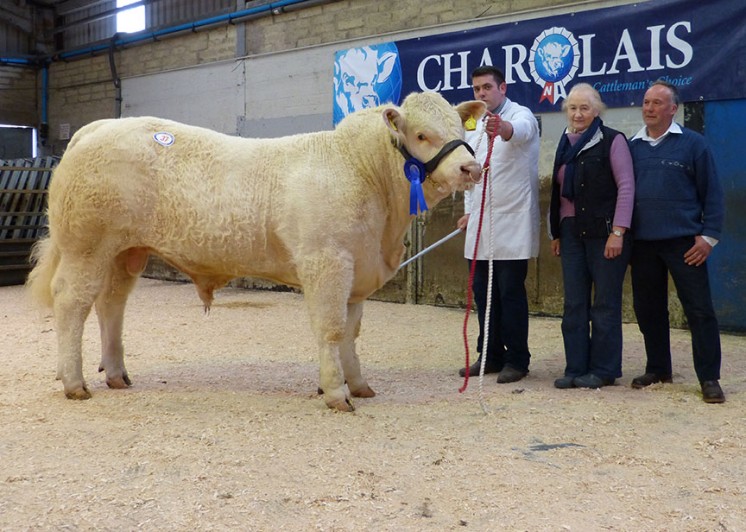 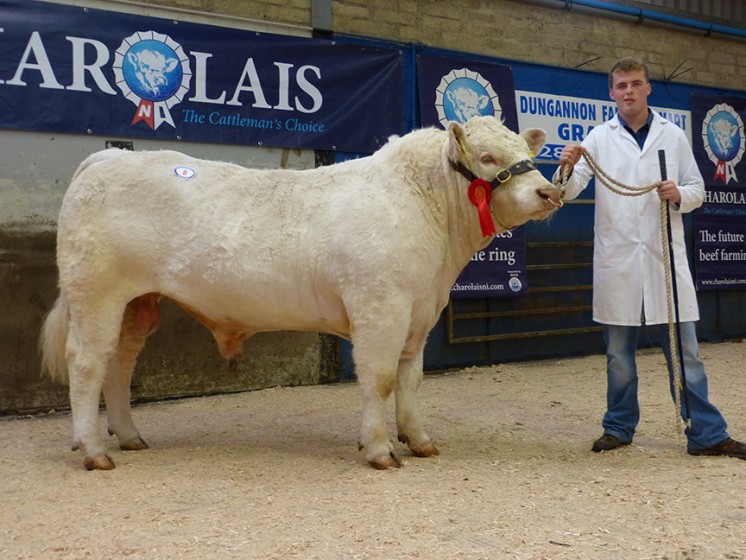 Next up at 2,600gns from Patrick Grue, Kilturk, Co Fermanagh was Knoxwell Jack, a 16 month old son of the 10,000gns Perth supreme champion Thrunton Bonjovi, he was purchased by B Allison, Newtownstewart, Co Tyrone.

Next purchased at the same price by Paula Cullen, Coleisland, Co Tyrone was Kiltybane Jake. This 16 month old son of the 19,000gns Corrie Alan was bred and exhibited by Seamus Bellew, Cullyhanna, Co Down.

The final call of 2,500gns was made by Andrew Bailie, Newry, Co Down for Coolnaslee Jupiter from Gilbert Crawford, Maghera, Co Derry. A 15 month old, Jupiter is by the 15,000gns Goldies Dynamite.

The female trade was led at 2,800gns by the class winner Moorlough Impulse, a 22 month old by Corrie Alan and out of a homebred dam going back to the 18,000gns Fury Action, she was sold in calf. Bred and exhibited by James McBride, Strabane, Co Tyrone she sold to A O’Kane, Ballykelly, Co Londonderry. 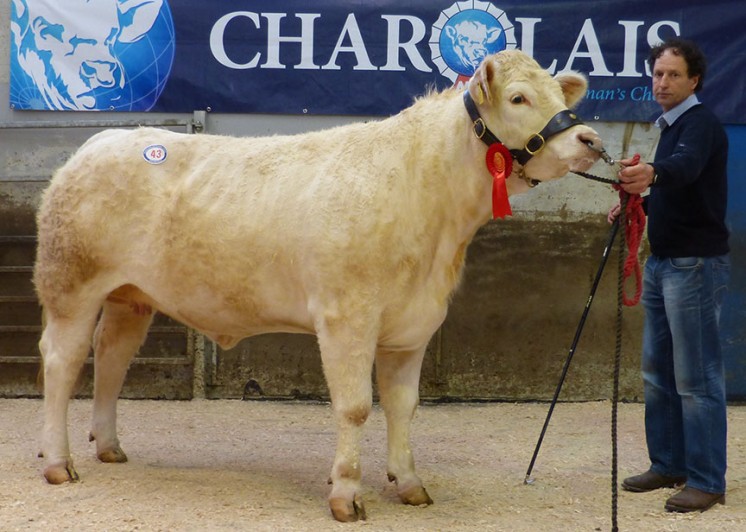 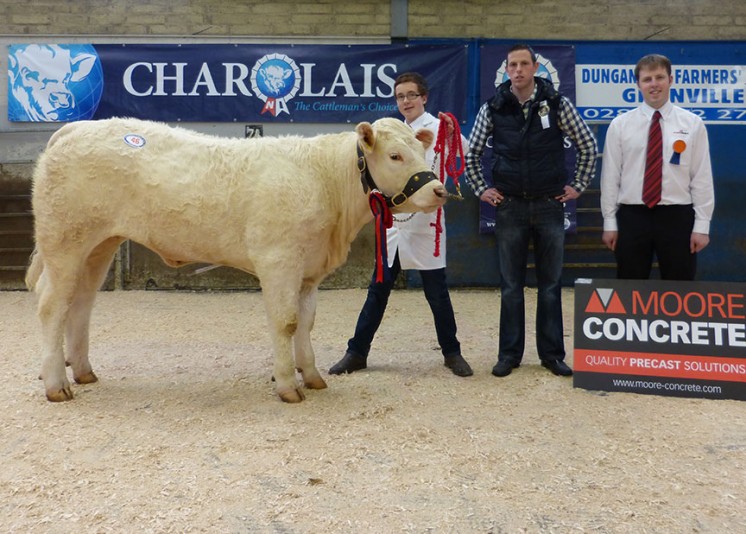 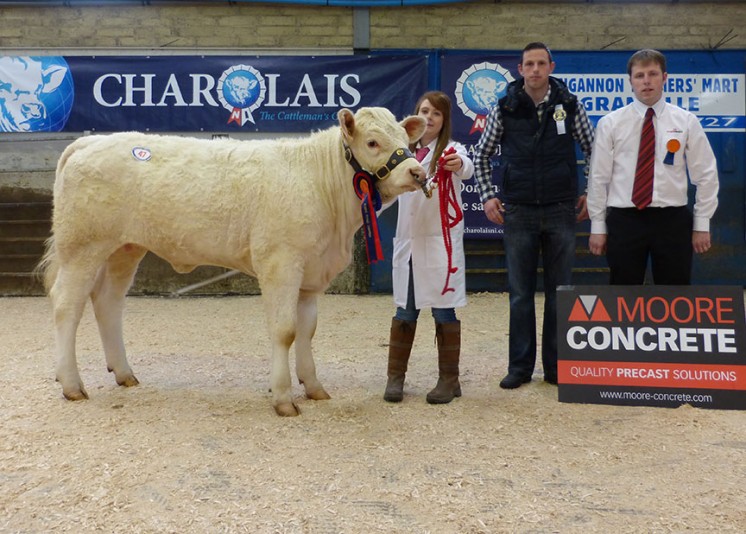 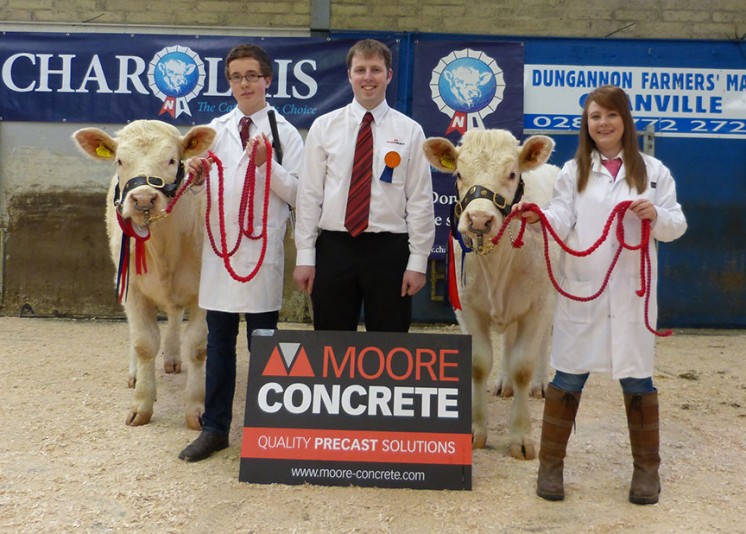 We are indebted to our sponsor Moore Concrete Ballymena representative Jeff Haslett for giving up his time to attend the show and sale. We would like to thank the staff at Dungannon Mart for their assistance with this sale. To our judge Paul Kingham Cullaville herd for judging the classes and championships and to all who supported us at the sale.