The Northern Ireland Charolais Club was delighted with the large entry of Charolais cattle entered in the MINSUPS Charolais Grand Final at Clogher Valley Show. The cattle entered came from across the whole of the province with several new breeders exhibiting for the first time in the championship. Qualifiers were picked up across the summer shows in a bid to increase numbers for the Grand Final.

Judging got off to a good start the judge for the championship was Murray Lyle of Loganbar Charolais Dunblane Perthshire Scotland; Murray is a well-known Charolais breeder and judge at sales and shows across the UK.

Our MINSUPS sponsor was represented at all qualifying shows; by local representatives as well as Apryl Biddle (managing director) and Andrew Smith (sales manager) who attended the launch at Balmoral Show. 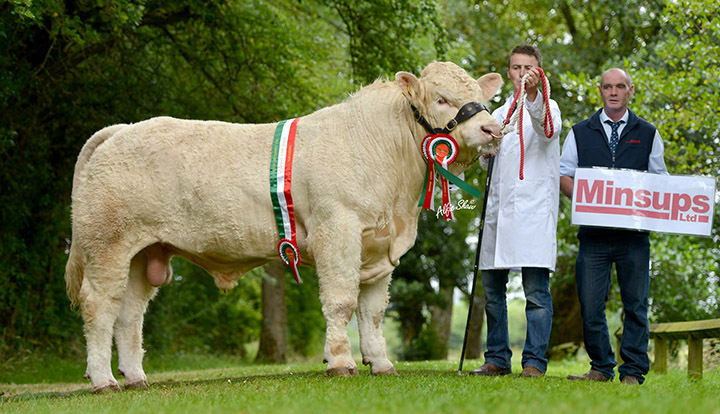 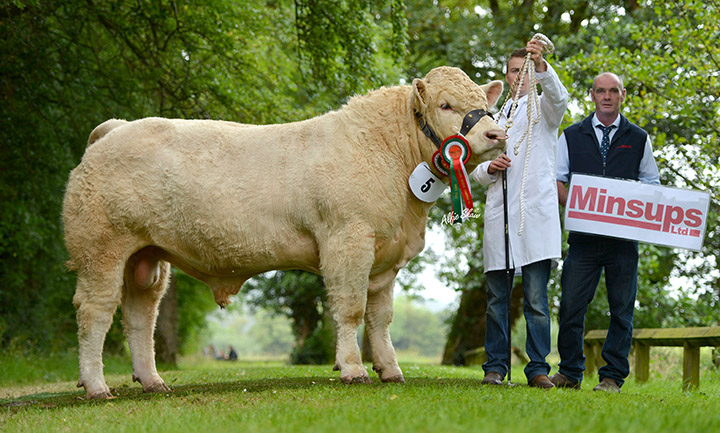 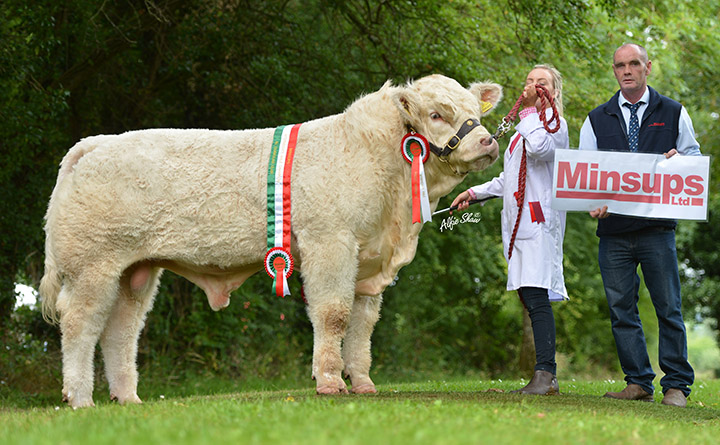 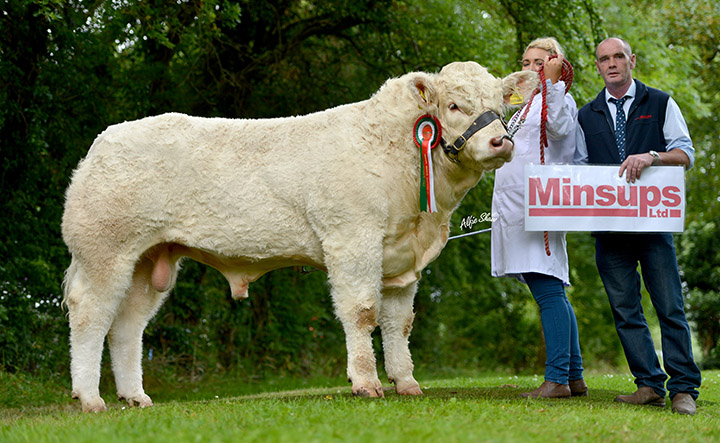 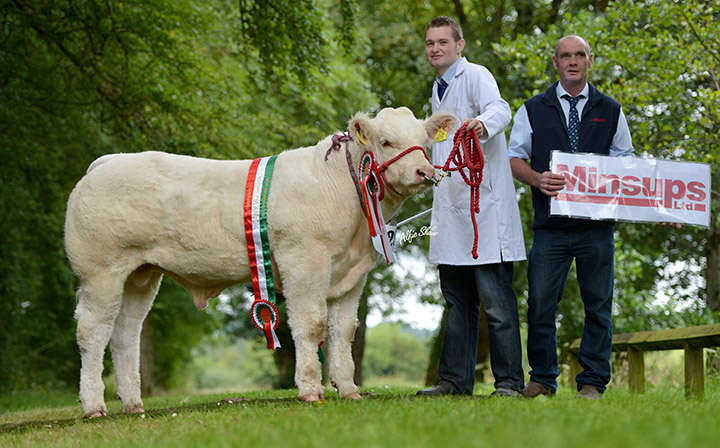 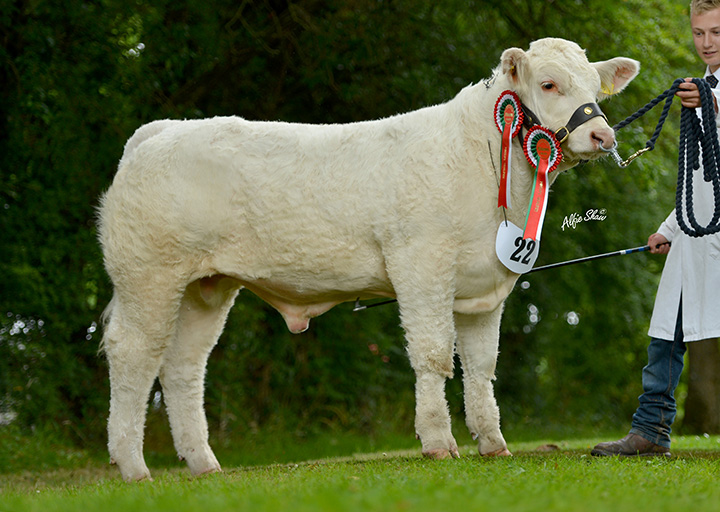 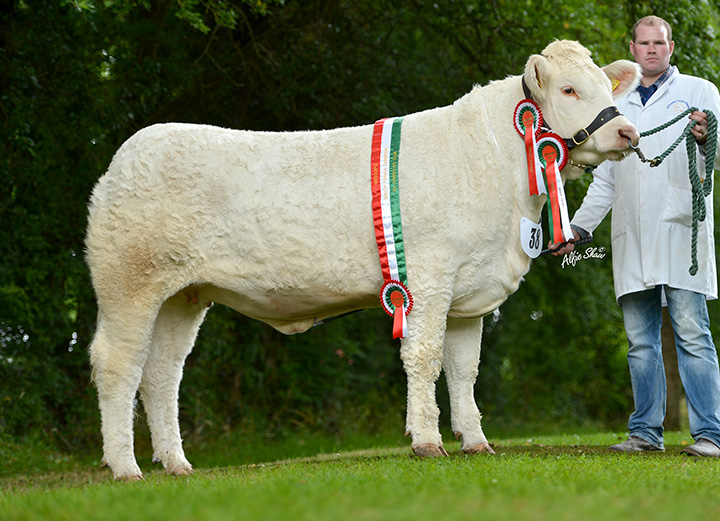 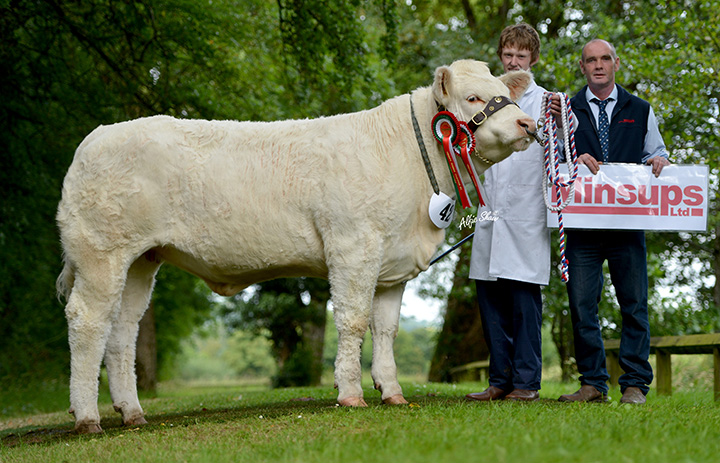 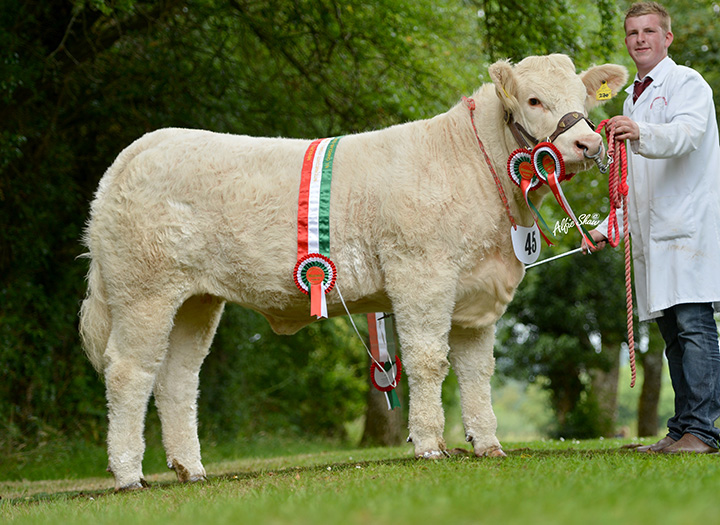 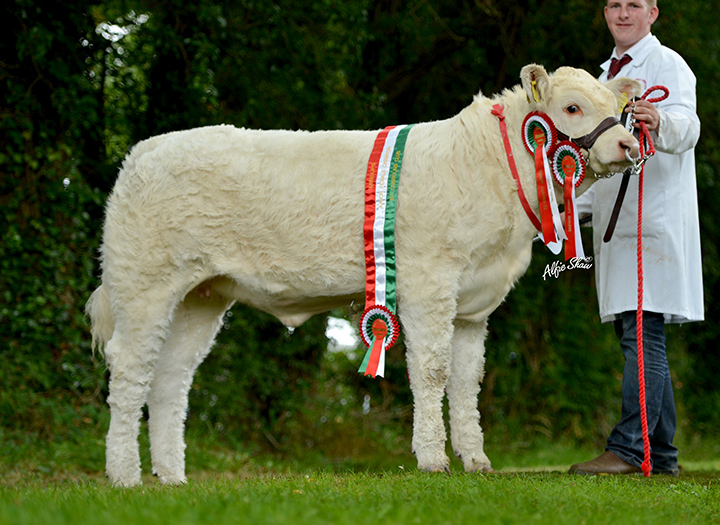 Champion Junior Heifer: “Derryharney Jinglebells”, bred by H C Stubbs & A A Burleigh, Lisnaskea, County Fermanagh. This five month old heifer is by Goldies Carnival and out of a homebred dam Derryharney Emma. 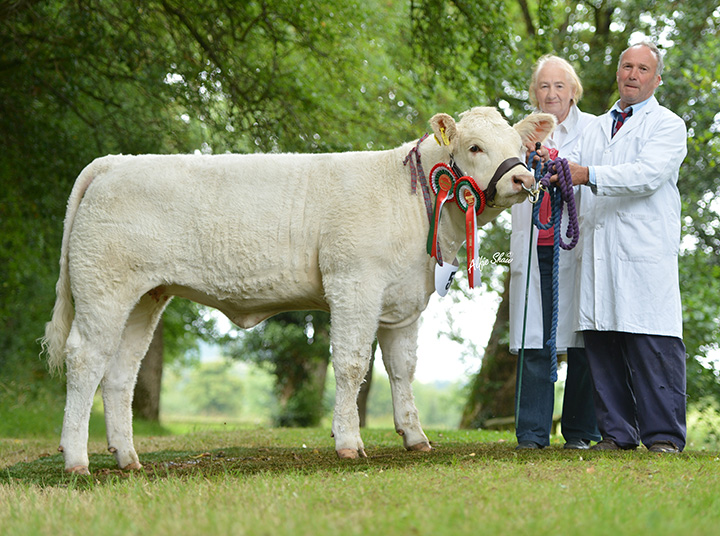 The MINSUPS Grand Final is a fine way to bring to an end the summer showing season for the NI Charolais Club. It has been another important year in the Charolais calendar; a year in which the club continues to focus on youth and what can be done to create interest and encourage young charolais members. Young charolais judges had great success at the UK Finals at NEC bringing back two cups Caoimhe McGovern took first place in the intermediate section and Gerard McShane took third place in Senior 19 yrs to 26 yrs

In the Pairs Fairway Competition the ladies team of Eimear & Caoimhe McGovern took silver with an outstanding mark of 277 points following in third place Alan Burleigh & Ryan Murray. There were nine regions competing with a total of 53 competitors so the Northern Ireland region can be very proud of the success of their charolais youth.

The club want to thank our sponsor MINSUPS for their financial support and attendance at all qualifying shows & the Grand Final; to the British Charolais Society for their match funding of the championship. Thanks to the management of Clogher Valley Show for hosting the final and for all their assistance throughout the championship, to all show co ordinaters; qualifying shows and the press for coverage of the MINSUPS qualifiers and the Grand Final.